Canada Travel GuideCanada TripsLanjia Eco-Lodge: An Offbeat Experience In The Mountains Of Thailand

Lanjia Eco-Lodge: An Offbeat Experience In The Mountains Of Thailand

Be it a backpacking adventure or a relaxing vacation, every year millions of travellers can be found on the pristine beaches and busy streets of Thailand. Amongst the welcoming Thai people, who host this universal crowd, are a group of native inhabitants who have been hiding in plain sight. They are known as the hill tribe people.

'Hill tribe' is a term used in Thailand to represent various indigenous and ethnic groups who inhabit the mountains of Northern Thailand. The seven major hill tribes that together make the largest non-Buddhist community of Thailand are – Akha, Lahu, Karen, Hmong/Miao, Mien/Yao, Lisu, Palaung. These tribes are spread across high regions of northern and western Thailand, the Phi Pan Nam Range, the Thanon Range, the southern parts of Shan Hills as well as the Tenasserim Hills.

In an effort to support the indigenous community which often faces criminalisation and persecution at the hands of officials who treat them as outsiders, the Asian-Ocean group of hotels has opened an eco-lodge with the help of the Lahu community of hill tribe people. The initiative is aimed at bringing the plight and culture of hill tribe people to the attention of global travellers.

Nestled amongst the undulating hills of Chiang Rai and Lahu community is the Lanjia Eco-Lodge. An offbeat lodge that provides not just accommodation, but also gives visitors a chance to unveil the world of the hill tribe people. Along with eco-friendly tours and an introduction to the Lahu community, the Lanjia Lodge even contributes a portion of its earnings to the conservation and sustenance of local hill tribe people. 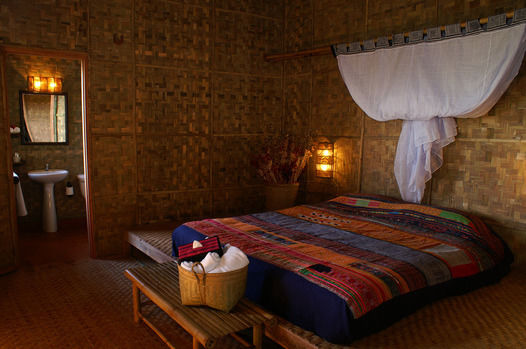 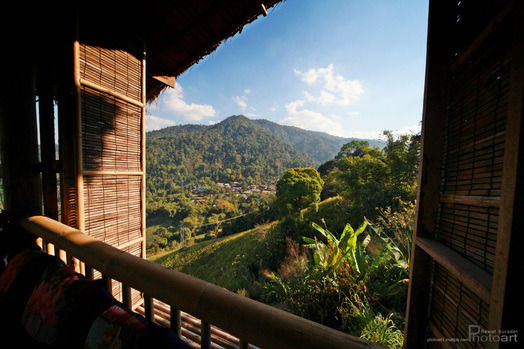 The Lanjia Lodge is approximately 2 hours away from Chiang Rai. If you are not driving down here yourself, the lodge will easily arrange transfers to and from the city or airport for its guests.

The Lanjia Lodge is ideal for curious travellers who are not on a shoestring budget and want to go off the beaten track to explore the natural and cultural depths of Thailand. 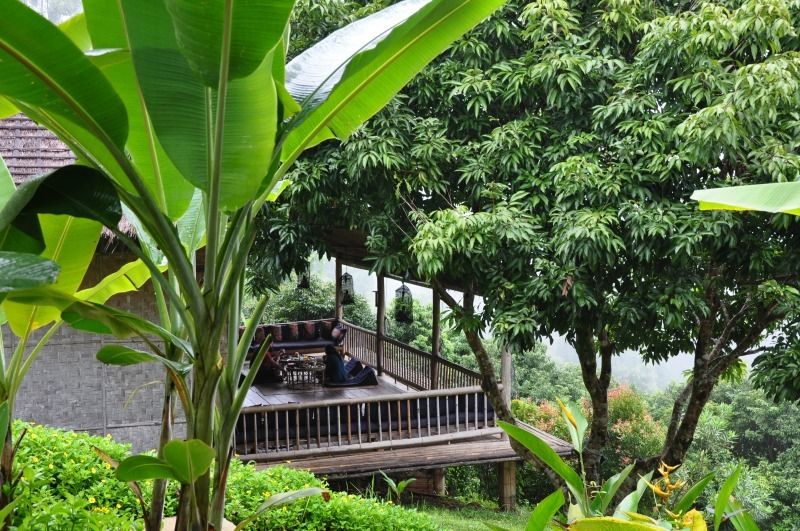 The Classic Package by Lanjia Lodge starts from Rs 6,830 per night. The package includes one night accommodation, breakfast, dinner, a village tour and a local performance by hill tribe villagers. 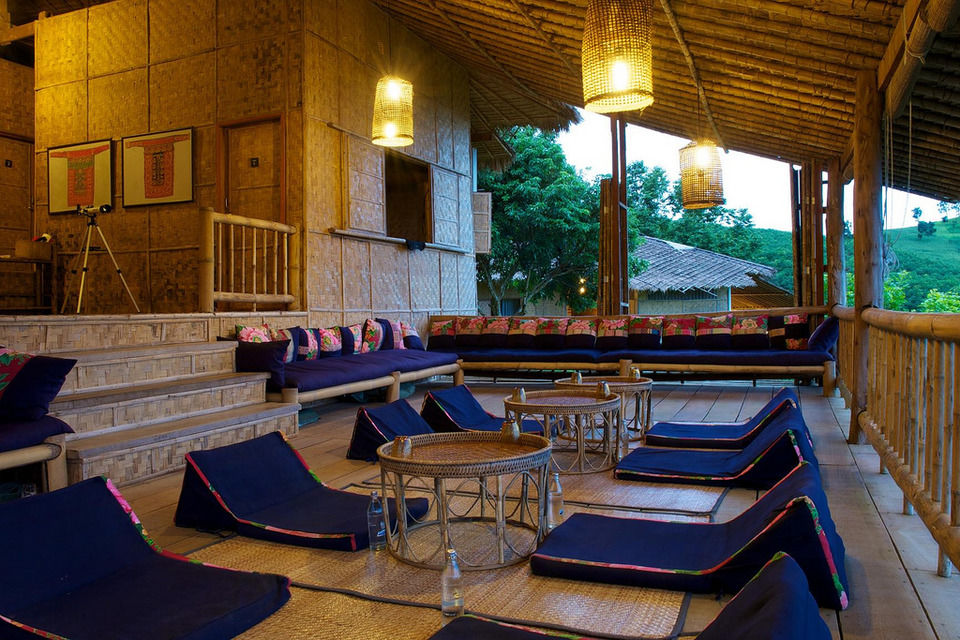 Hill Tribe Village Tour: Given the unconventional nature of the destination, the lodge organises familiarisation tours of the property, the neighbouring valley and the village Lanjia Lodge is situated in. On the tour, guests get to learn about Hmong and Lahu Hill Tribe cultures and even get a chance of being invited into a shaman's home for tea. 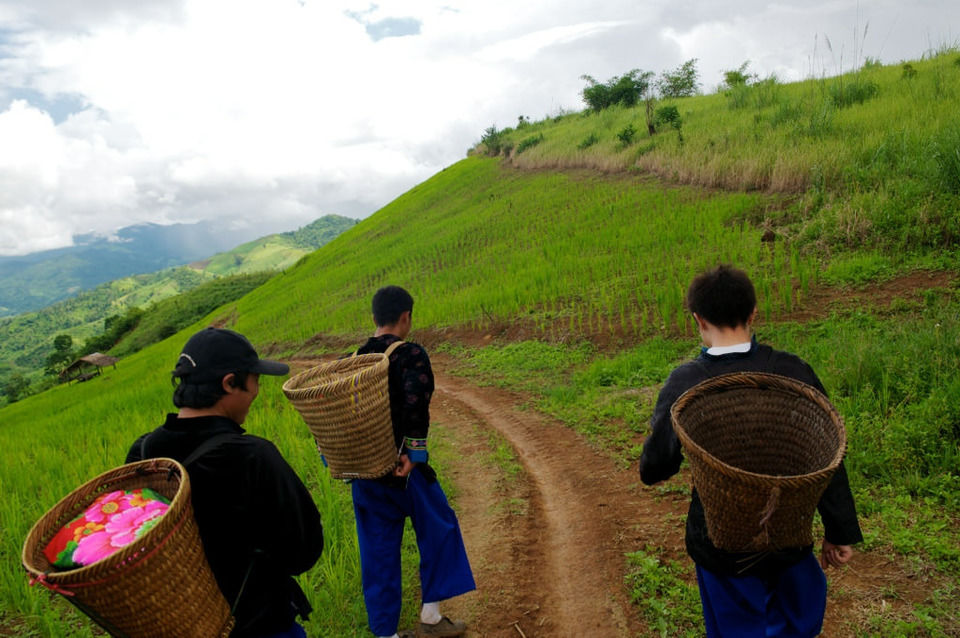 Hmong Batik Class: If you have an interest in traditional handicrafts, then you should take this hour-long introductory class to the ancient Batik technique. The dying technique is carried out by printing through wax-drawn motifs on hemp fabric. The batik design is prominent in traditional and festive clothing, and an hour-long class by a local batik painter costs 300 Baht (approx. Rs 560) per person. 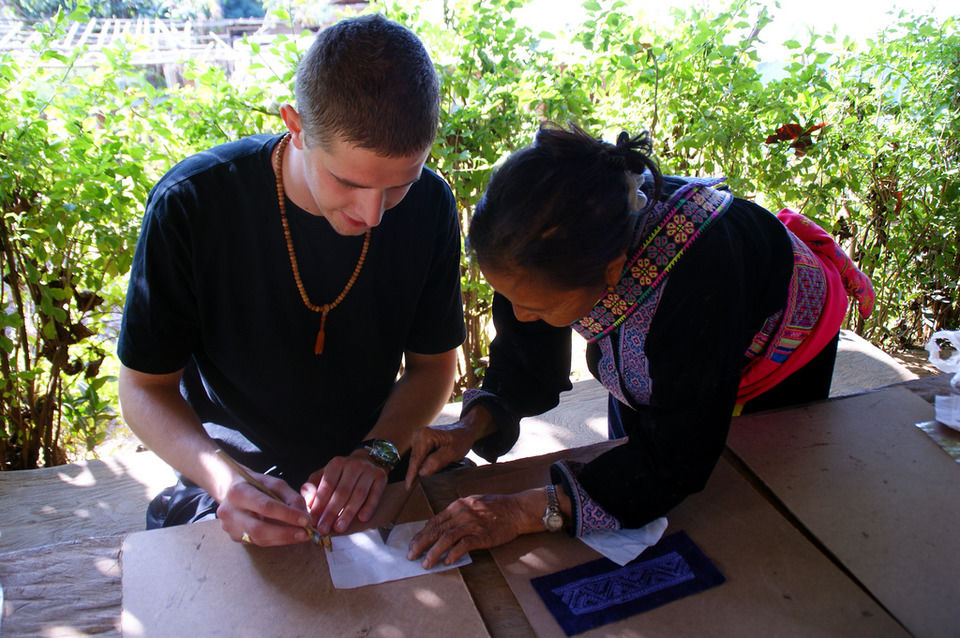 Half Day Trek: This trek will take you to the valley area around the Lanjia Lodge, from where you will hike to a hidden waterfall in Hmong village. There are no extra charges for this activity. 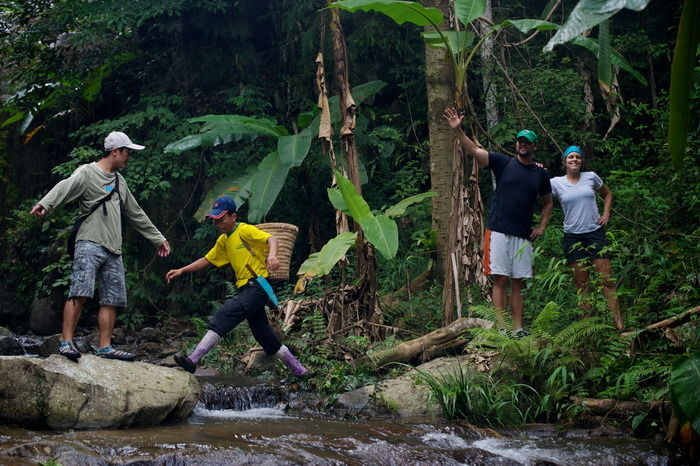 Day tour around the Golden Triangle: Since you have travelled all the way to the mountains of Thailand, it would be unfortunate if you left without witnessing the Golden Triangle. Here, the borders of three countries – Thailand, Laos and Burma are divided by the prowess of the Mekong River. While you are here, also visit the Hall of Opium, which harks back to the time when this land was one of the world's biggest opium producers. You will have to contact the lodge to know the exact prices of this package. 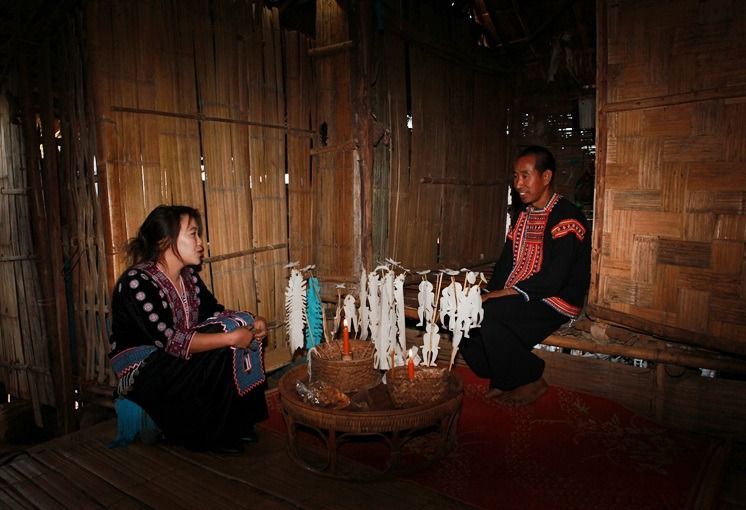 Asian-Oasis, the hotel chain under which Lajia Lodge operates, believes in sustainable travel and is also a member of the “Green Passport” program, a global campaign launched by United Nations Environment Programme (UNEP) to sustain eco-friendly practises in the face of growing tourism. Visit the website here, to find out how Lanjia Lodge practices sustainable tourism.

All images are taken from the official Asian-Oasis website, which runs the Lanjia Eco-Lodge.

Have you travelled in Thailand? Share your experience with 25 million travellers. You can write a review of a particular destination, share you favourite photographs or pen an interesting travelogue.