Best Of Rome In A Day: History, Art and Culture

"Every one soon or late comes round by Rome." - Robert Browning

Rome has beckoned travelers from afar for quite a few decades now. Some might call it mainstream, expensive, luxurious but very few travelers can wind their way away from this enchanting capital. Rome is the 11th most visited city in the world and 3rd most visited in Europe. If Italy represents romance, Rome stands for intimacy. Intimacy between its glorious past and urban present. Intimacy between its spellbinding art and inspiring culture. There can't be any itinerary, any trip, any travel attempt that can claim to have seen all aspects of Rome. There is always more to Rome, and no matter how many trips you take there will always be more to Rome. Needless to say that Rome receives millions of tourists each year.

Roman history dates back to more than two and a half thousand years, which is why very often poets and writers refer to this city as "The Eternal City". The beauty and life in this city is truly eternal. Rome is iconic for a lot of reasons. With a long and rich history, it is the birthplace of Western Civilization. Slowly, it grew to become the capital of the Papal state by the 1st century AD and later came under the influence of the Italian Renaissance and become one of the major centers of art and architecture in the world. Rome houses works of the famous Michelangelo and its streets and adorned with Renaissance and Baroque architecture. Along with its art, Rome's archaeological sites are in abundance. With numerous museums, historic buildings and monuments, Rome is an archaeological hub of the world. Under the influence of the Renaissance, Rome developed some great Frescoes, Paintings, sculptures and architecture.

The beauty of Rome lies in its fluent mixture of its past with its present development. Renaissance art slowly nurtured in modern art, with 21st century artists displaying their works in various galleries. Ancient heritage monuments have adjusted well to the modern infrastructure development of the city. Rome has evolved through the years and still keeps evolving with changes. Thus, one needs to keep re-visiting Rome as the city keeps changing with each visit.

Though there are a lot of hidden spaces in Rome, famous spots are famous for a reason. I have put in the best that Rome has to offer in this trip. This one day in this magical city will sum up most of your experience of Rome. Although, it is difficult to capture the spirit of Rome in a few hours, these places give you the best and the brightest aspect of the city. You can't leave Rome without having seen any of these!

I began my travel through this iconic city with on the most iconic places, not only in Rome, but also in the rest of the world. The Colosseum is right in the center of the city, which itself speaks greatly of its importance. Also known as the Flavius Amphitheater, it is the largest of its kind in the world. This monument is hailed as the epitome of Roman Architecture and engineering. This UNESCO World Heritage site, housed around 50,000 to 80,000 people in its time and was used for entertainment purposes in the early medieval era (remember Gladiator?) The monument is gigantic with four floors and each floor having around 80 arches each. Due to earthquakes much of the monument has been destroyed, but it still spills splendor and awe. If you think the Colosseum looks magnificent during the day, be ready to be blown away by its night view. The monument lights up the cityscape of Rome and looks like a jewel on the street! 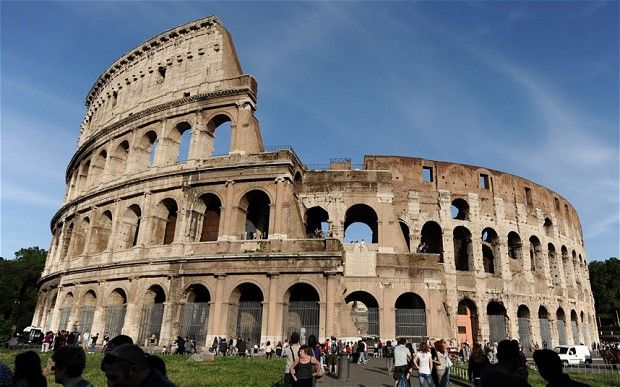 On the west of the Colosseum lies one of the oldest and most important structures of ancient Rome- The Forum. This rectangular plaza strewn with the ruins of various government buildings of ancient Rome was the center of the city often referred to as the 'marketplace'. This place formed a great part in the public life of ancient Rome with processions, trails, meetings, speeches, elections and gladiator matches happening here. It also housed various shrines of Roman Gods and Goddesses and housed The Senate of Rome, the place which gave birth to the Republican government in Rome. There are also structures made by the great Julius Caesar and till today remains a golden ground for archaeologists and historians. This place, although in ruins, remains to be an architectural wonder and resonates the Rome's rich past. 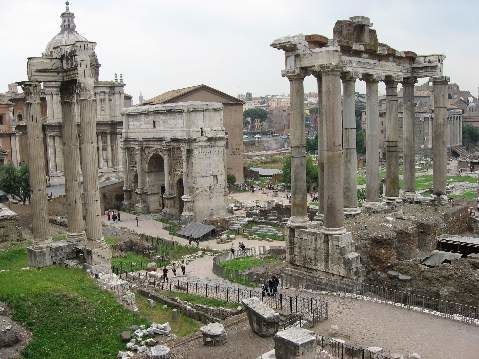 The Palatine Hill is very closely knit with the history and mythology of Rome. Rome was built on seven hills, the center most of which is the Palatine Hill. According to mythology, this hill was where the makers of Rome, Romulus and Remus were found by the She-wolf who raised them. Many famous senators of Rome lived on this hill (including the great Augustus Caesar) and thus the word "palace" originates from Palatine. Archaeological data have also proven that the early Romans inhabited this place, giving Palatine hill a strong historical reference. Today, most of this place is covered with Domitian's Imperial Palace that was used for around 300 years. Amongst the buildings is also a museum that houses some of the precious archaeological artifacts from Rome's history. 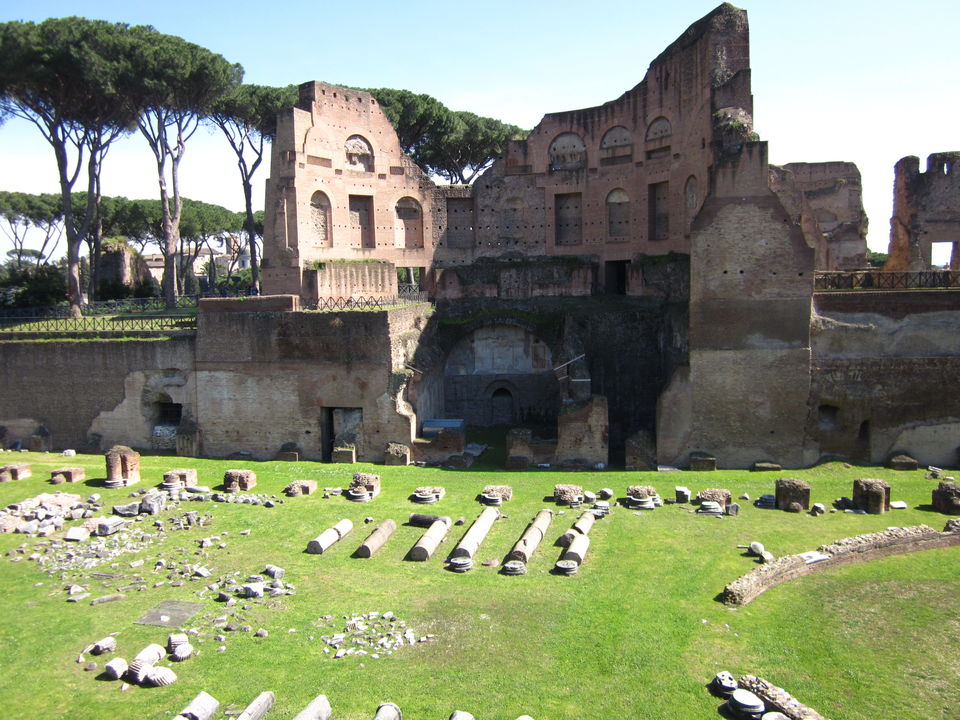 The museums inside the Vatican are home to some of the most envied and treasured Renaissance paintings and sculptures. The various museums and the 64 galleries within the Vatican envisage the works of various artists throughout the century. The museums are more than 500 years old, having being founded in the early 16th century. Not only thousands, but millions of tourists visit these museums each year. The Sistine Chapel painted by Michelangelo is the most renowned piece of Renaissance Art across the world. Apart form that Stanza Della Segnatura by Raphael is also quite popular. A peek into the culture and the epitome of art in the ancient era of Rome. 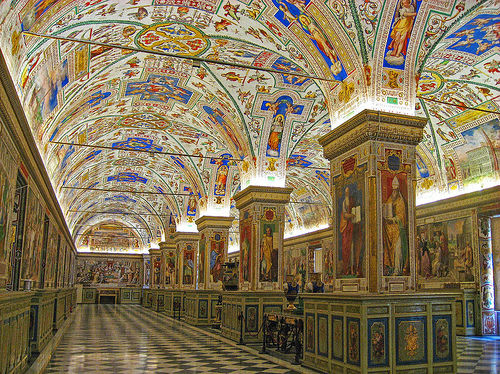 If there had to be one example to sum up the fury of artistic spirit during the Renaissance it would definitely be the St. Peter's Basilica in Vatican City, Rome. This is the largest church ever built in Rome and is built on the crucifiction spot of the first Pope St. Peter. A lot of famous minds worked on this masterpiece namely, Michelangelo, Bernini, Raphael, Bramante, and Peruzzietc. Built in style with Renaissance as well as Baroque architecture, this church was built during the peak of the Renaissance in Italy. Since it is one of the holiest places for Christians all over the world, this place is flocked with devout Christians and inspired travelers soaking the wonder of art. Basilica is not to be missed, it is one of the greatest buildings of its time! 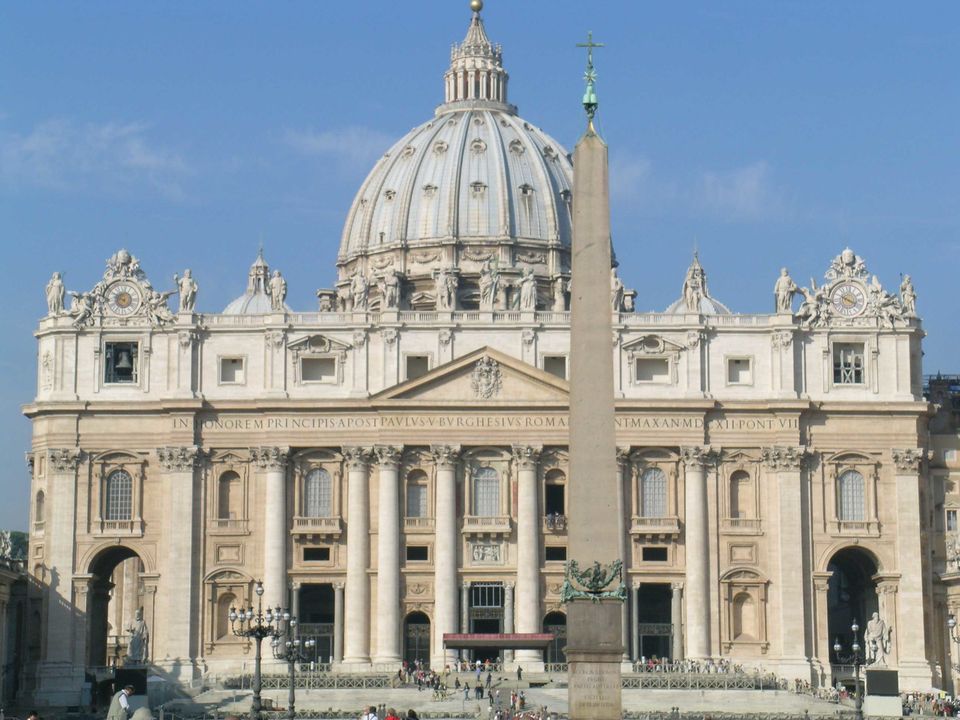