Boulders and Bananas of Hampi 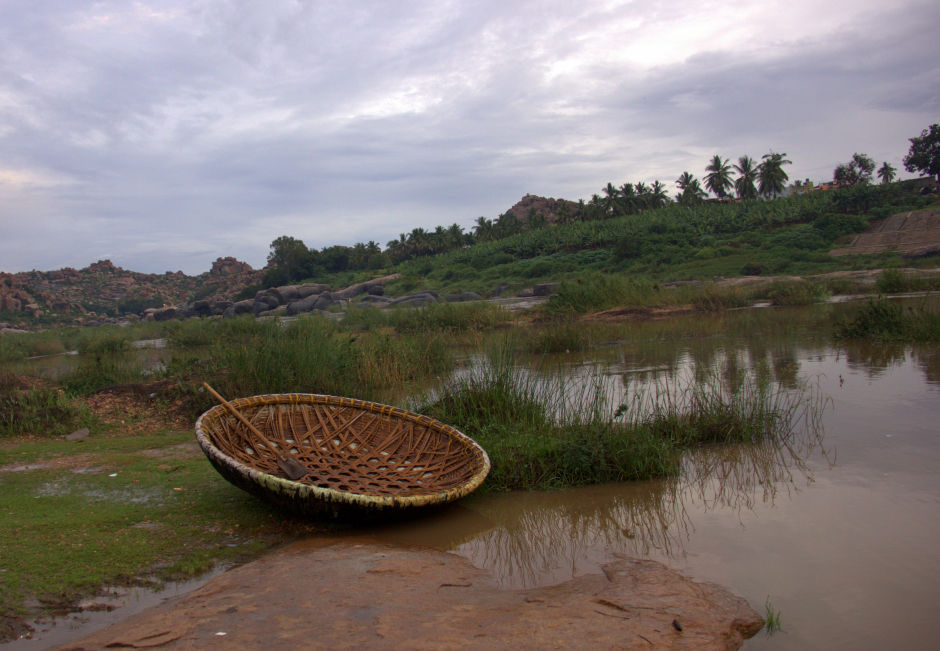 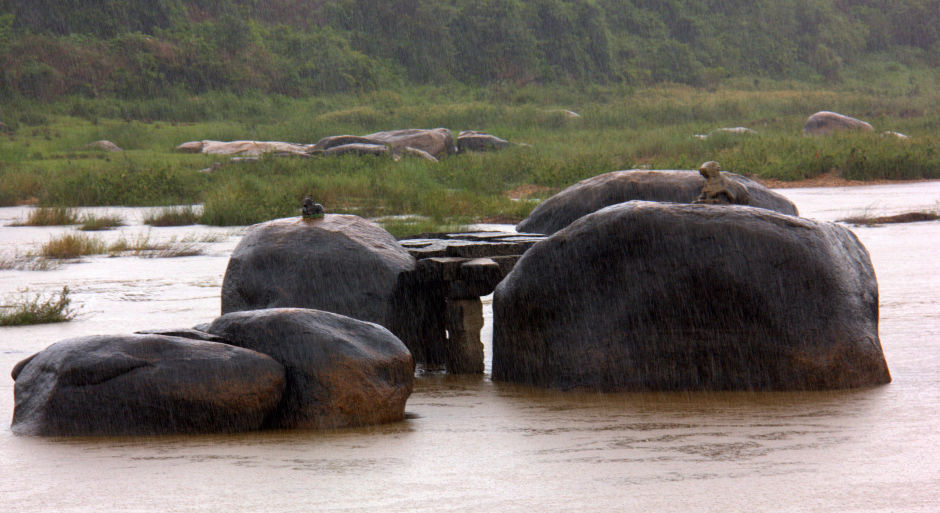 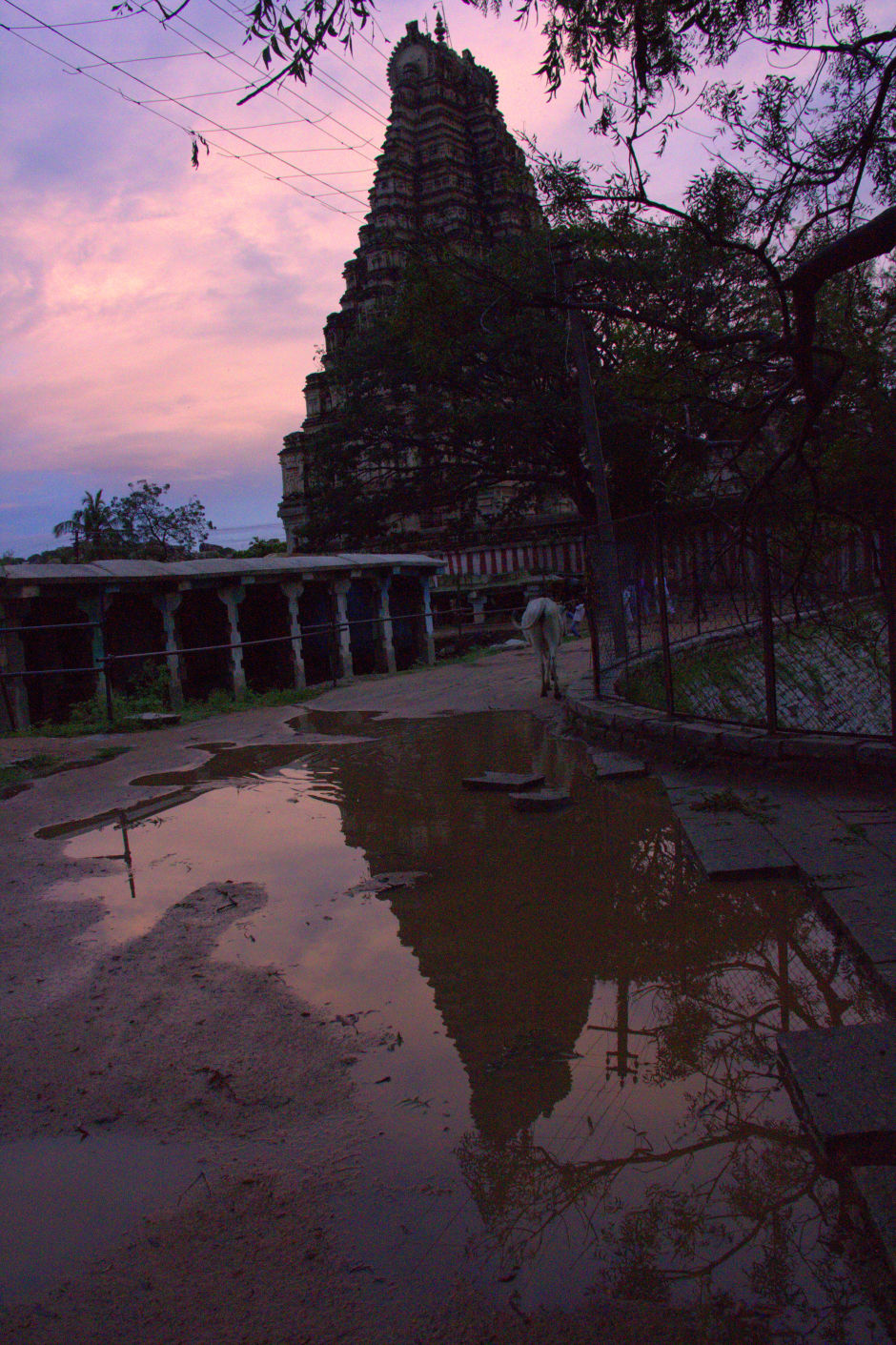 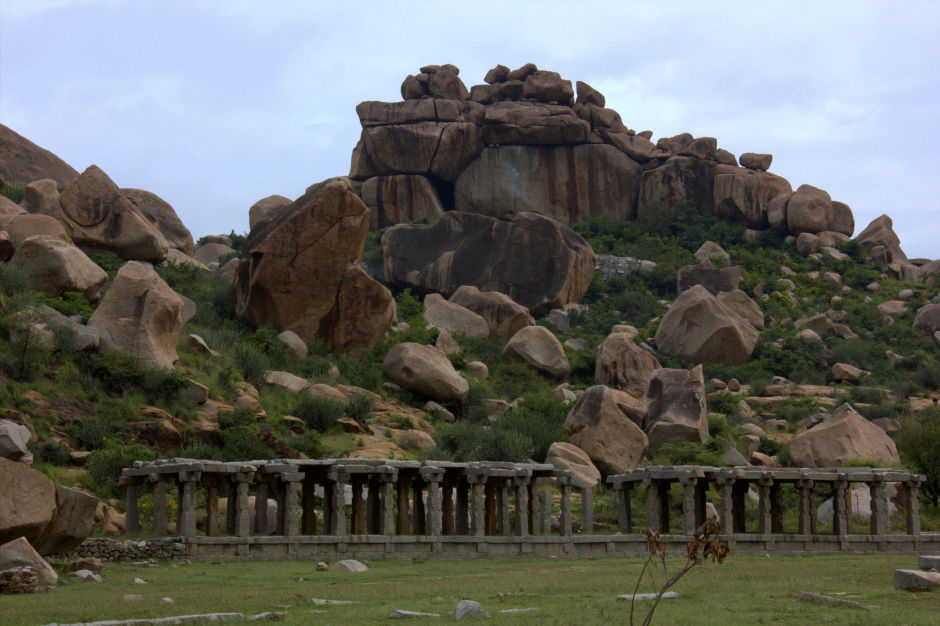 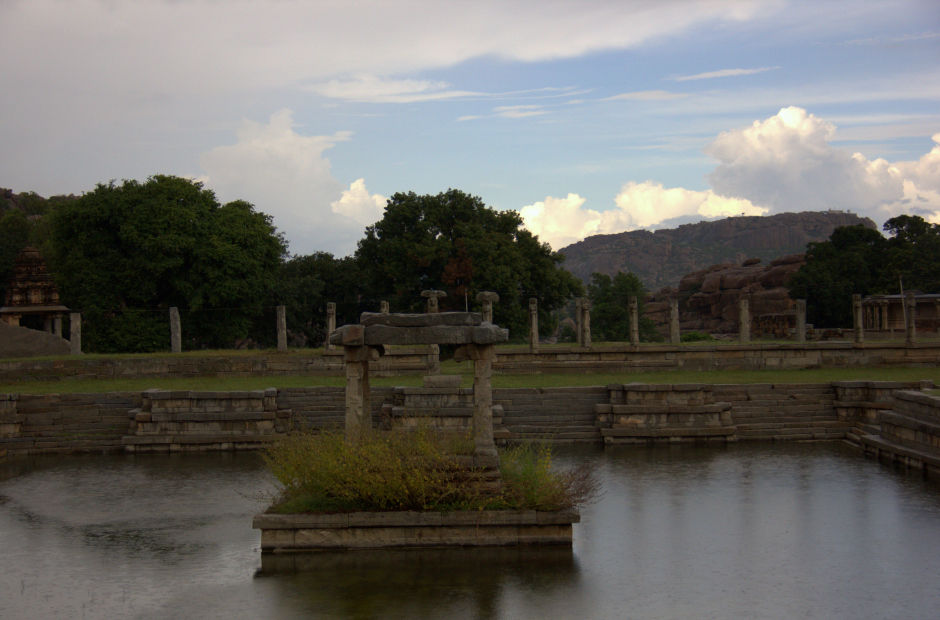 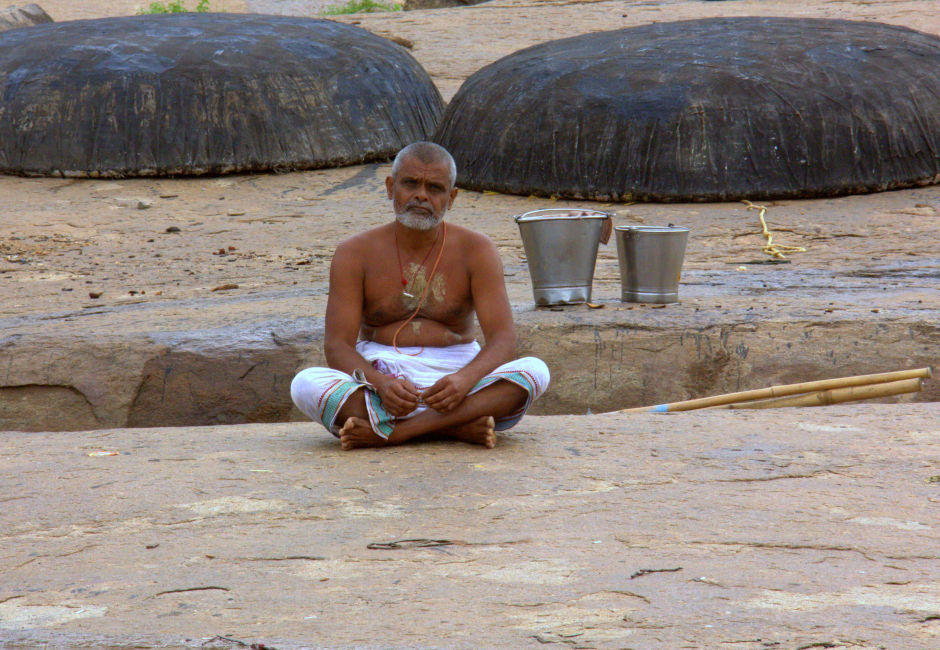 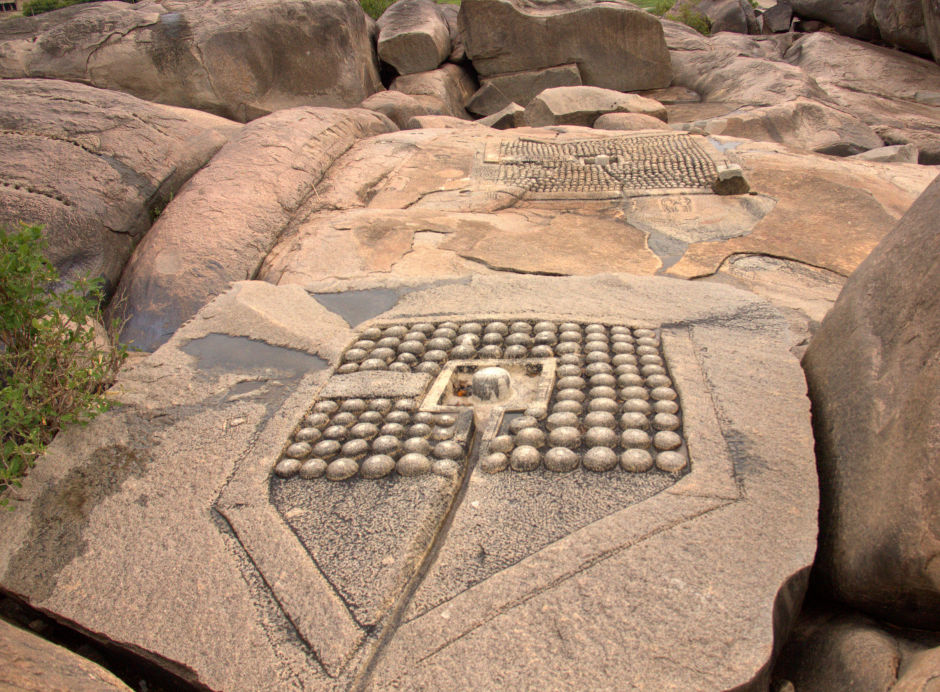 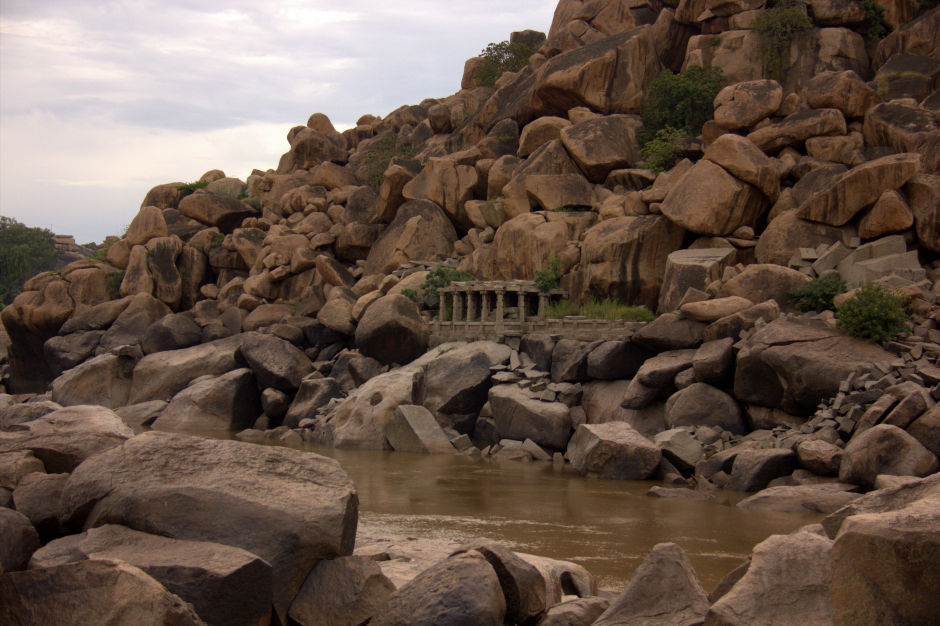 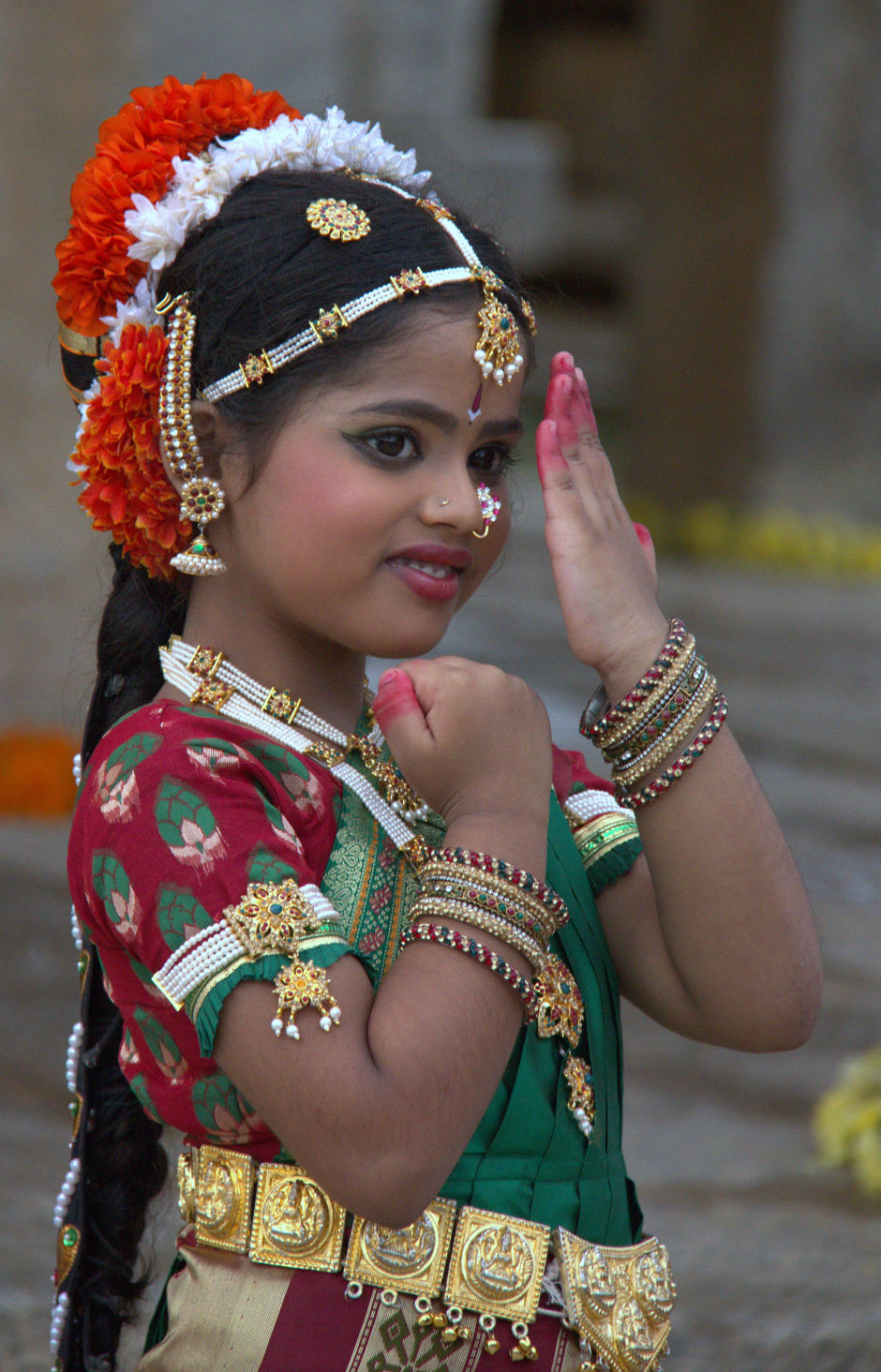 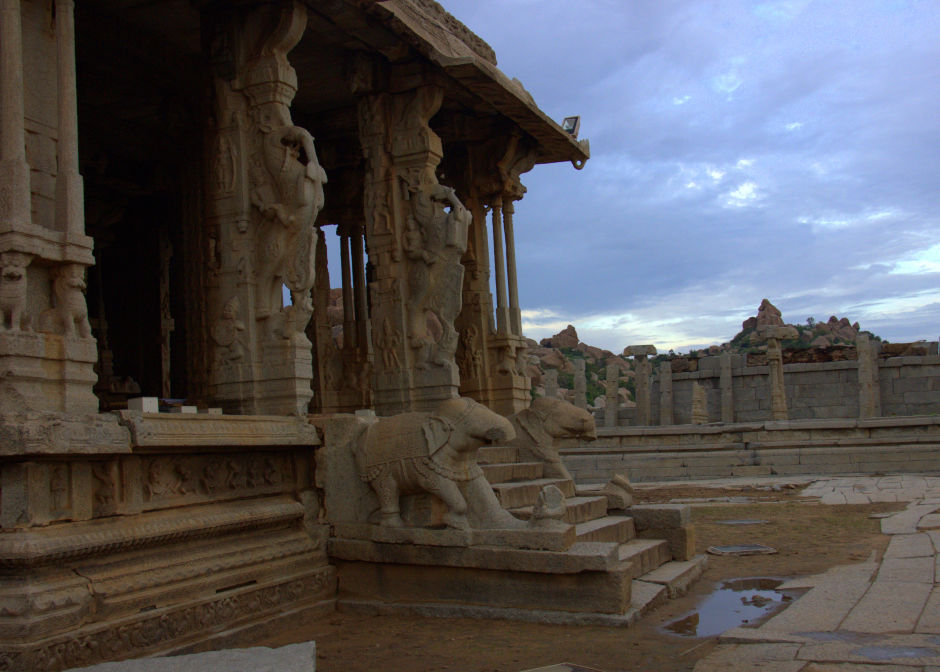 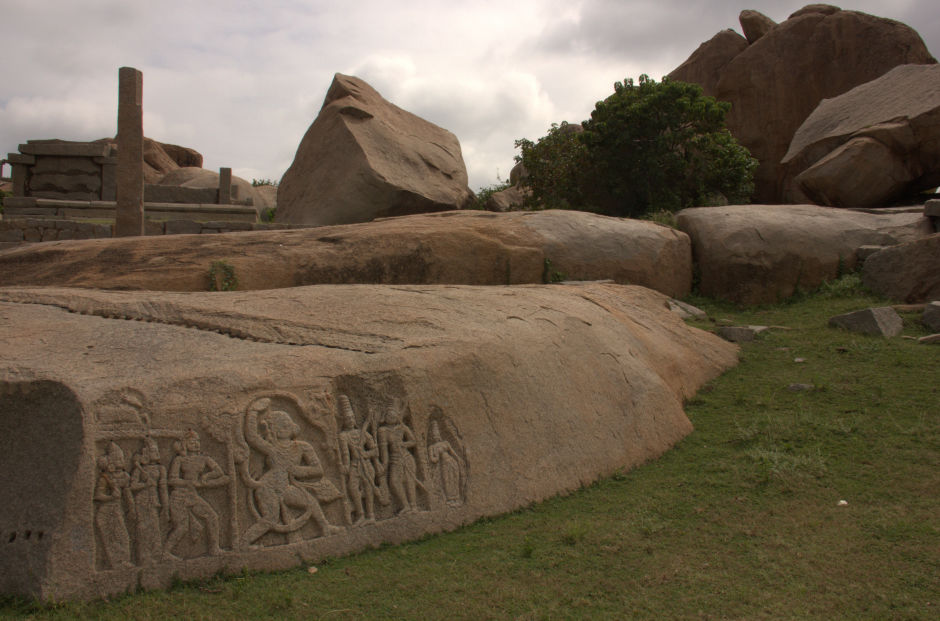 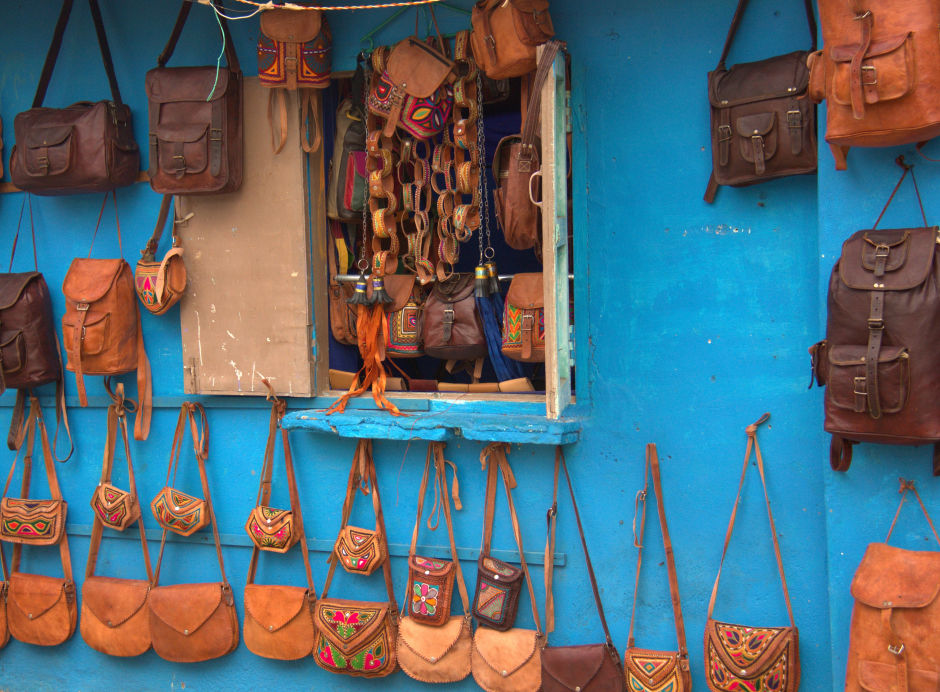 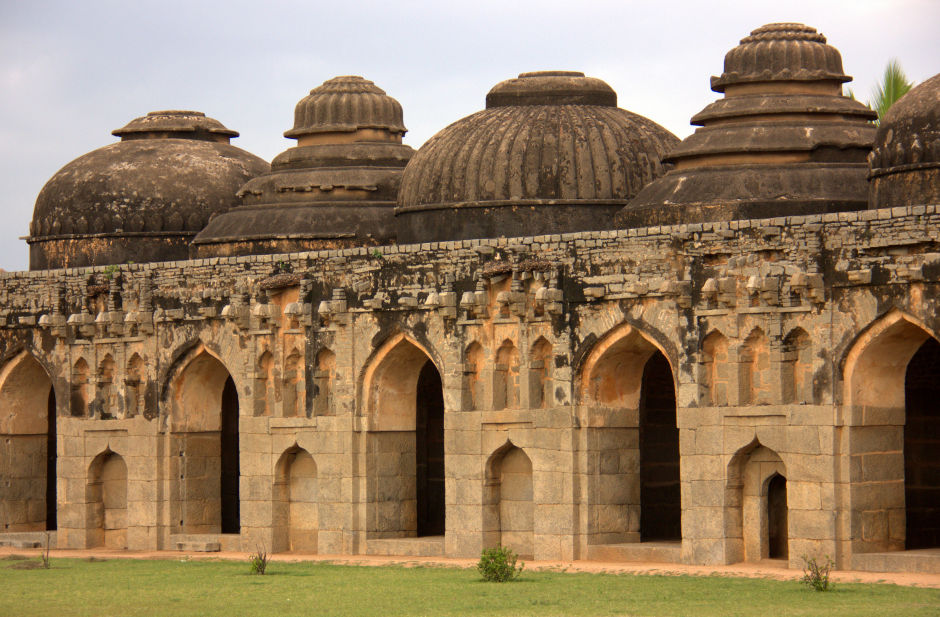 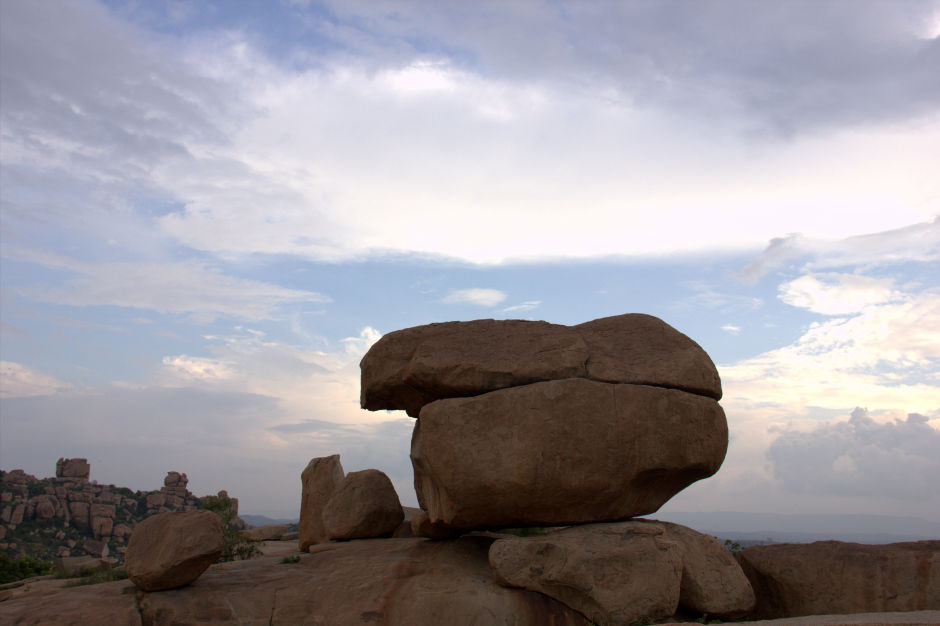 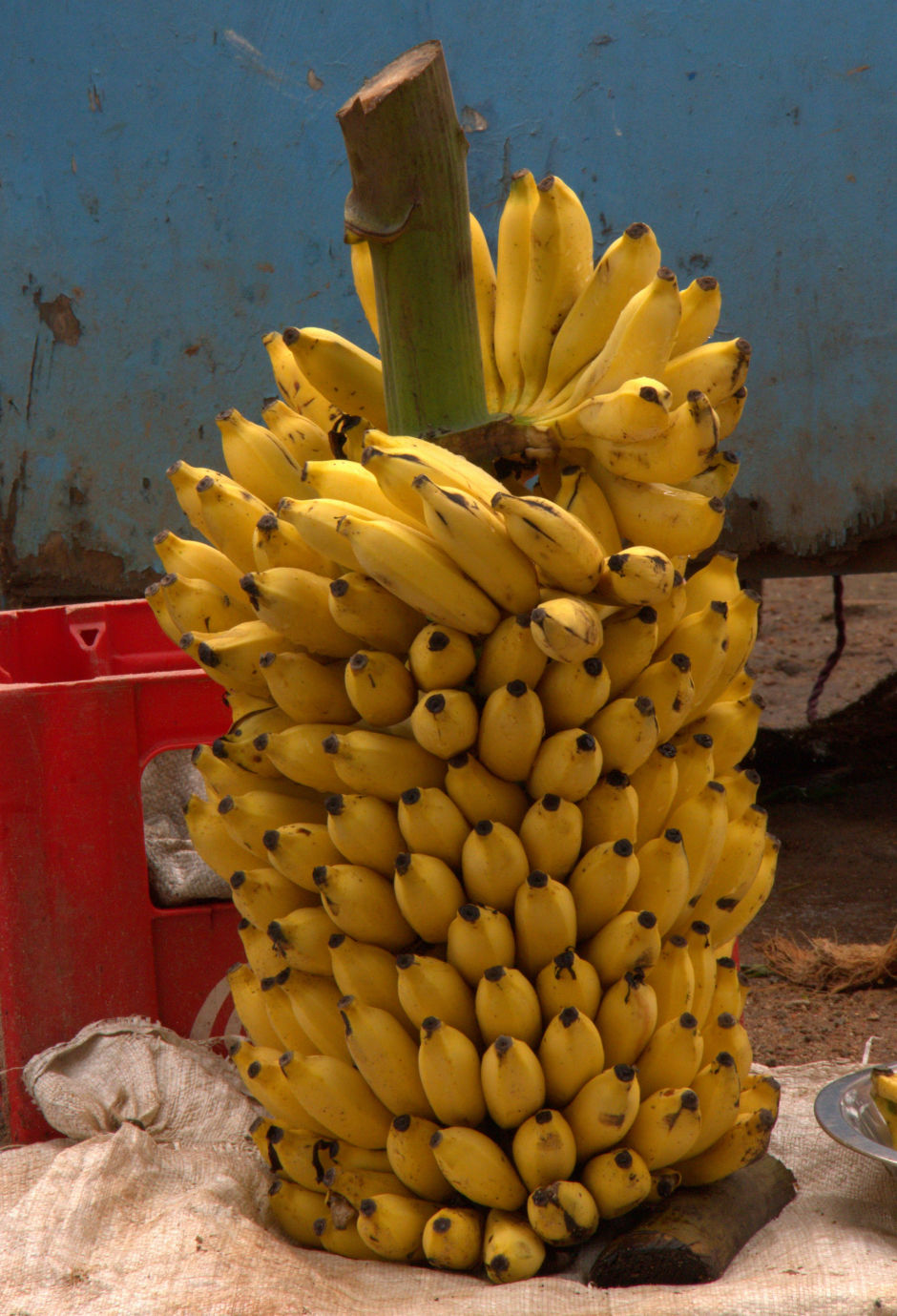 I had hopped over to Hampi from Goa, giving the idyllic beach of Gokarna amiss and till today I do not regret my decision. A short train ride from Goa’s Vasco da Gama station to Hospet had included chugging through interior Western Ghats and the journey had been breathtaking. Western Ghats had stood in endless green rows, lush, misty and densely forested and Dudhsagar Waterfalls milky cascade had pounded outside the window. It is one of India’s most spectacular train routes and I had slept until the little train had puffed into chaotic Hospet station. I had already befriended Lilian, a kind elderly British lady on the train and the 2 of us had instantly bonded as travel partners. A repeat Indian subcontinent visitor, Lilian had been an Indophile in the truest sense and in spite of vowing to “I-N-D-I-A = I will never do it again”, she had faithfully returned like a homing bird.

A fashion merchandiser by profession, she had also been a yoga guru, vegan exponent and an extremely skilled bargainer. She had visited India at least 20 times (her words) and had been expert at handling the stress of traveling in my country. It had been her bargaining skills which had helped us get bundled into an autorickshaw immediately upon arrival and she had a beatific smile on her face, as we had jolted over terribly broken roads. Hospet had been awfully dismal and I had clung for dear life from the bars of the autorickshaw. Garbage piles, wallowing bristly boars, slime and pool sized craters had made the first 15 minutes of the ride an absolute nightmare, when thankfully Hospet had melted away as quickly as it had started. The idyllic Indian countryside had unfurled beyond the urban boundary and I soon realized the reason behind Lilian’s obsession. Colourful childlike houses, bejeweled gaudy clothes, curious smiling faces and an innocent rural hinterland had spread warmly like a happy halo and we had smiled at the innocent scenes.

Mustard fields had lined the road with neon yellow and lime coloured parakeets had squawked noisily from guava orchards. Irrigation channels had flowed through paddy fields and little boys, bathing women and languid buffaloes had splashing on them merrily. They had all stared at us, as our autorickshaw driver had greeted them with loud cheers and I had once again fallen in love with quintessential rural India. Innocent, curious and welcoming, rural India is friendly almost to a fault. Being boisterous, knowing everybody and minding everyone’s business is a part of daily life and there was nothing remotely deceptive in that innocence.

The curved horns too had melted away quickly and soon Hampi’s surreal landscape had taken over the scene. Tawny boulders of different sizes had lain scattered at precarious angles and a nearly non existent track had meandered through sugarcane groves. A thick, sickly sweet smell had permeated the air and the rocks had glowed deep gold in the afternoon sun. Kamlapuram had arrived with train of excited children, fantastically dressed traveling magicians and neat mounds of deep yellow bananas. Flowers, vermilion, incense sticks and coconuts had created colourful blobs and souvenir shops had sold leather designer ware from cubby holes. Cheap, clean guesthouses had tumbled all the way to the river and the tall pyramidal gopuram of Virupaksha Temple had cast elongated shadows on the village. Kamalapuram for its size had all the facilities required by a traveler and with free wifi, cafes, lounges and bakeries, it had been a real backpacker’s mecca.

The sun had started dipping by the time we had arrived at Kamalapuram and our 1st Hampi evening had been spent strolling by the river. Virupapur Gadde had tempted us in swaying sheets of gold and we had waded through sunken relics to get on a coracle boat. Woven from weed, basket shaped coracle boats are a South Indian specialty and there’s nothing more fun than floating down the eddying water of Tungabhadra on one. The tough little carriers had dotted the river like upturned umbrellas and from people, goats, bags to motorcycles, Tungabhadra traffic had been largely dependent on them. Virupapur Gadde had been less developed than Kamalapuram and though, separated by just a river, it had seemed like another planet.

Ripening paddy fields had undulated in waves and cuckoos had called from cool pockets of greenery. Small guesthouses had remained hidden behind clusters of banana plantations and rocks had formed picturesque hills. Coconut palms, hibiscus and guavas had bordered at the bottom and forgotten, often abandoned ancient temples had silhouetted on their peaks. I had fallen in love with Virupapur Gadde and had lounged at Hampi’s “Goan Corner” restaurant till the sun had tinted the sky with reds. Easing into a lazy pace at been instantaneous at Hampi and never before had doing nothing, felt so good. With the sun setting fast behind the deep bronze boulders, I had rushed back to cross over to Kamalapuram. Because of dangerous eddies and whirlpools on the Tungabhadra, boats did not ply on the river after sunset and the last ferry for Kamalapuram had been scheduled at 6 in the evening.

I had found the last ferry already crammed and scrambled on it to avoid getting left back. Virupapur Gadde had floated away in a dark brooding rocky pile and I had watched in amazement as the dusk had fallen rapidly over the city of the living dead. Huge spotlights had lit up the Virupaksha Temple against a velvety dark night and once again I had found Hampi’s surreal beauty too bewitching to be true. With so much of history, fascinating natural beauty and quintessential Indian charm, Hampi had been a travel dream come true.