We were a group of nine and it all started from Bangalore. We did not have any cars or bikes to go so, train was the last option for us.

On Friday afternoon we took train from Bangalore and headed towards Mysore. We reached mysore around 7'0 clock in the evening. After reaching we inquired about the buses which are there for Bandipur, there were state buses which would drop us to Gundlupet which is 20kms away from Bandipur. So we decided to hire a car which would drop us to Bandipur. We already had our rooms booked at Bandipur Plaza.

We reached Bandipur around midnight and we could see complete darkness around. We were settled in our dormitory suddenly we decided to go out for a walk outside, it was scary a bit. It was around 3'o clock in the morning. It was chilled outside and pin drop silence. Mobile flash was on, we went on walking for a kilometer or half, it was getting more intense. after not getting to see anything we came back, time was around 5'o clock in the morning.

Our hotel manager asked us to wait,he would arrange something that would take us to the park gate. The car came around 6'o clock and we  all got excited. We headed towards the park. After reaching the park we booked jeeps for our safari ride and we headed towards the national park. More and more we got deep inside the park , it was becoming more intense. the Safari ride was around 2hours.

It was a good experience as a beginner. After doing the safari ride, we hired a car that would drop us to Gundlupet from there we would catch bus for mysore. 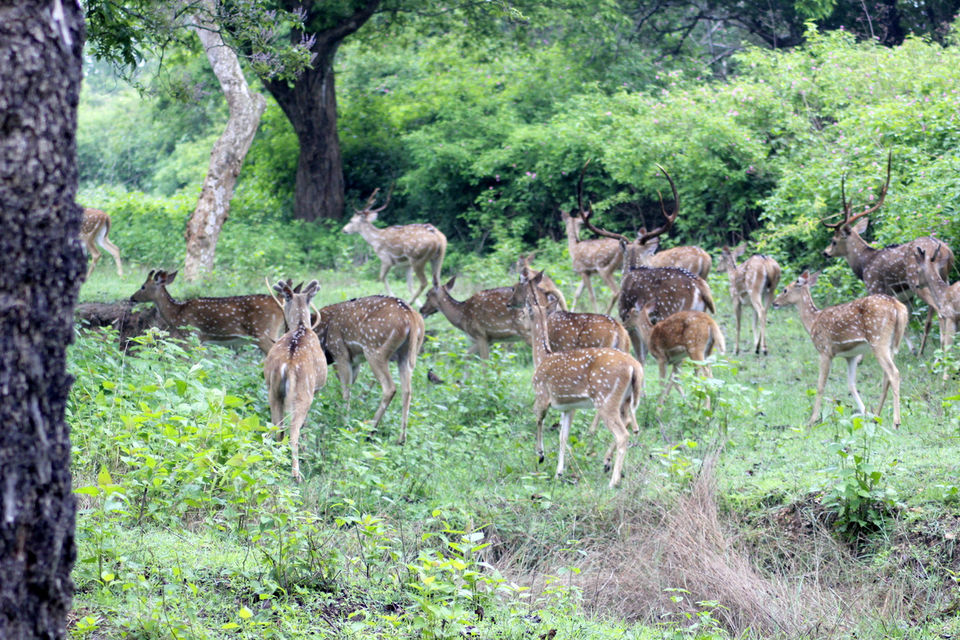 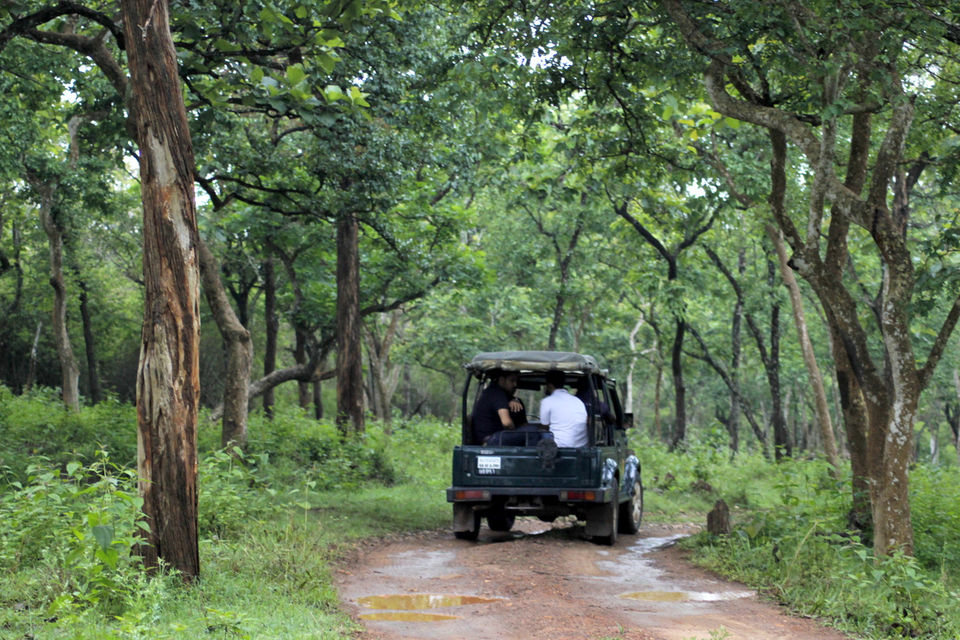