Madrid Travel GuideMadrid TripsHow To Survive A Cold In Madrid

How to Survive a Cold in Madrid

The pockets of your jacket are bulging with tissues – you can no longer make out the difference between what’s used and what’s not. Your watery eyes have passersby wondering if you are being subjected to some form of tourist torture. Or in my case, I probably looked overly moved by the multitude of paintings of Jesus being crucified at the Museo del Prado.

But this is just day one, I thought. Tonight, I will take two Panadols and tuck in early. Tomorrow, this flu will belong in a museum of tourists who survived. I am in Madrid and I only have two days to spend here. A silly, runny nose is not going to ruin my "vacay".

Did you know optimism is all talk and no walk?

By the next morning, tiny people with large drums had decided to take refuge in my head. Today is a good day to learn the drums, they said. And so began my most painful day in the capital city of Spain.

Reina Sofia, which left me wishing I actually knew a thing or two about art – tick.

Lunch at Mercado de San Miguel, which was two kinds of paella, four types of tapas and chorizos followed by churros dipped in chocolate sauce – tick, tick, tick and tick.

Get lost while looking for the night’s flamenco show venue – tick.

Dare to ask suspicious looking man with pony tail and John Lennon-ish sunglasses, smoking in the back of randomly parked car, for directions (my father was convinced this man was a peddler) – tick.

I did it all. My day ended with a thoroughly satisfying dinner at Corral de la Moreira after which I watched some truly gifted dancers perform the flamenco with my mouth agape – partly in awe and partly because of my blocked nose.

The next day, my last day in Madrid, it decided to rain. I thought then that Mother Nature was declaring war on me. Now, I realise it was a blessing in disguise. After an attempt at weathering the (almost) storm, we humbly accepted defeat. A quick lunch at El Corte Inglés was succeeded by a three hour nap.

That evening, also my last night in Madrid, we had dinner with friends of my father at Asador de Aranda. Sitting on the same floor as the blazing oven that cooked their signature baby lamb, I could feel my sinuses clearing up. The rain outside was no longer a nuisance but complemented the warmth inside.

The wine soothed me; the food simply took over my senses.

The jamón, which had become an old friend by then, was welcoming. The black pudding, a first for me, set the pace. And then, the pièce de résistance, the baby lamb cooked in nothing but olive oil, salt and water. After a humane moment of remorse for the kid, we devoured the silken meat and its crisp skin. The only conversation we had during that course was the occasional moan of satisfaction.

The puff pastry and dessert wine that followed were Madrid’s hugs and kisses of farewell to me. The cognac simply sealed the deal – waving good riddance and goodbye to the cold.

Did I wish to be transported back to my home/hotel and doze off into a magnificent stupor till kingdom come at various points of the day? Of course.

But while I could have easily done that, there’s also no denying that I would wake up feeling like I had paid hard-earned money (my father’s) to be sick, all the way in Spain. 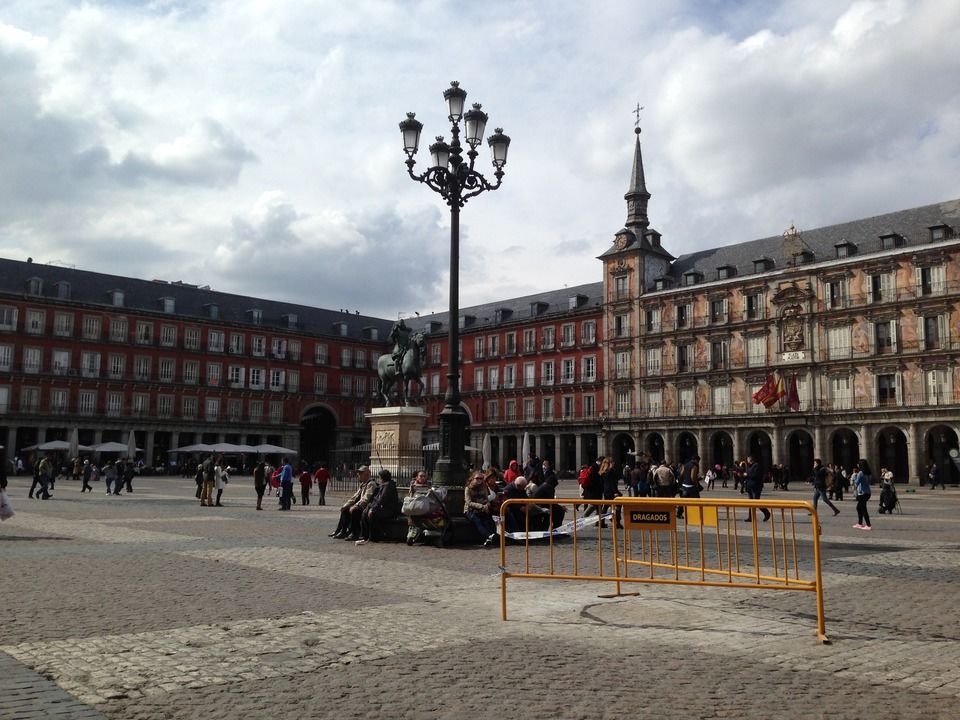 Falling ill when you’re travelling on a holiday is not exactly ideal. But it’s one of those things that you sometimes have no control over. Before you know it, the fatigue you thought was a result of yesterday’s extensive sightseeing and the drippy nose that you thought was just your deviated septum acting up again, is a full-blown flu.