Trek To The Edge Of The World: Lohagad Fort 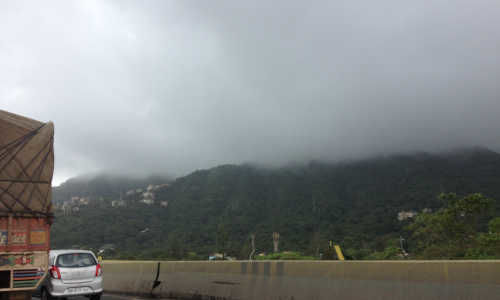 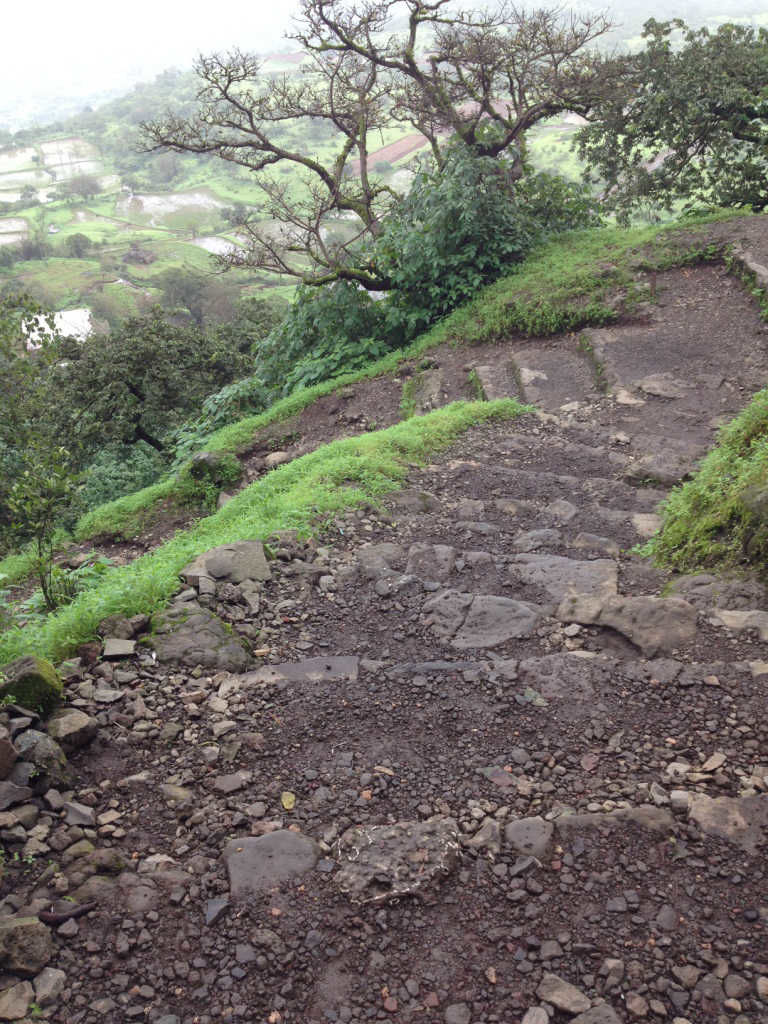 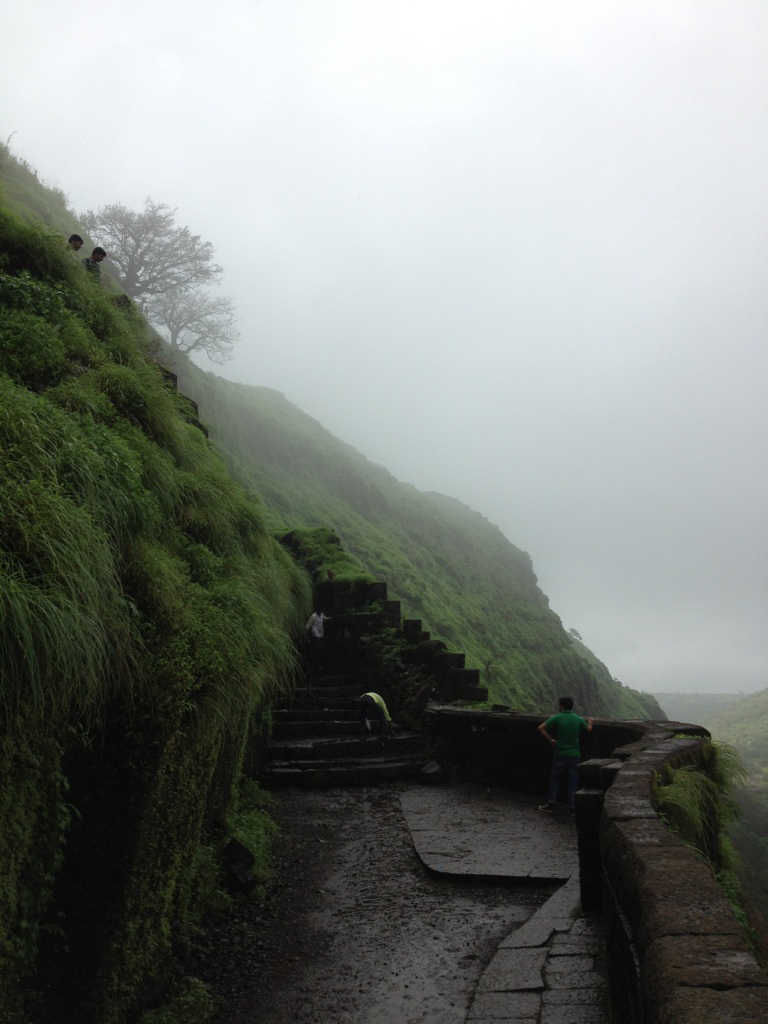 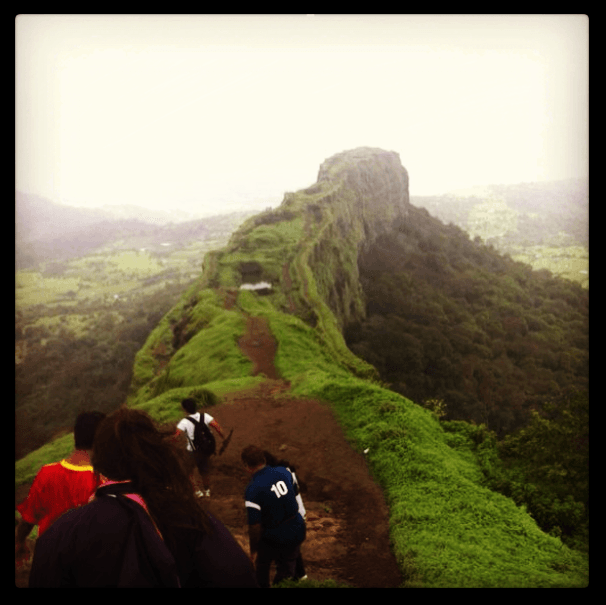 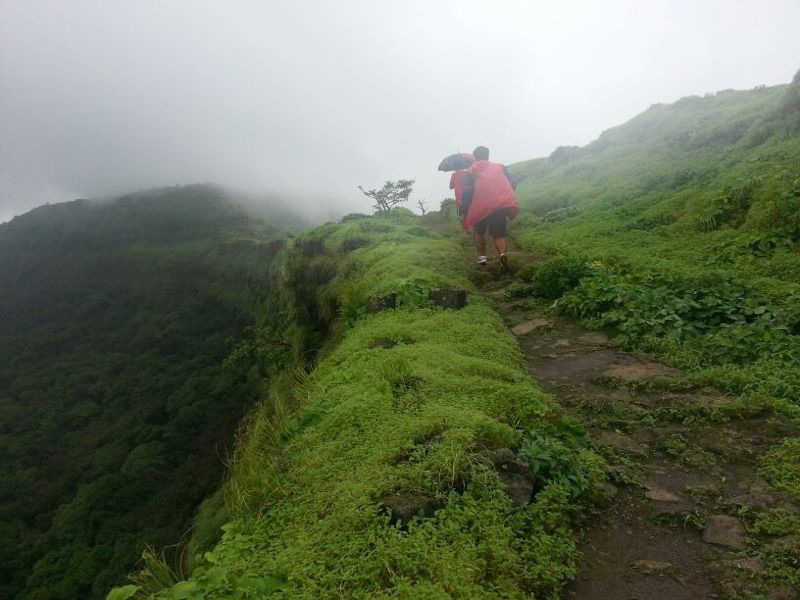 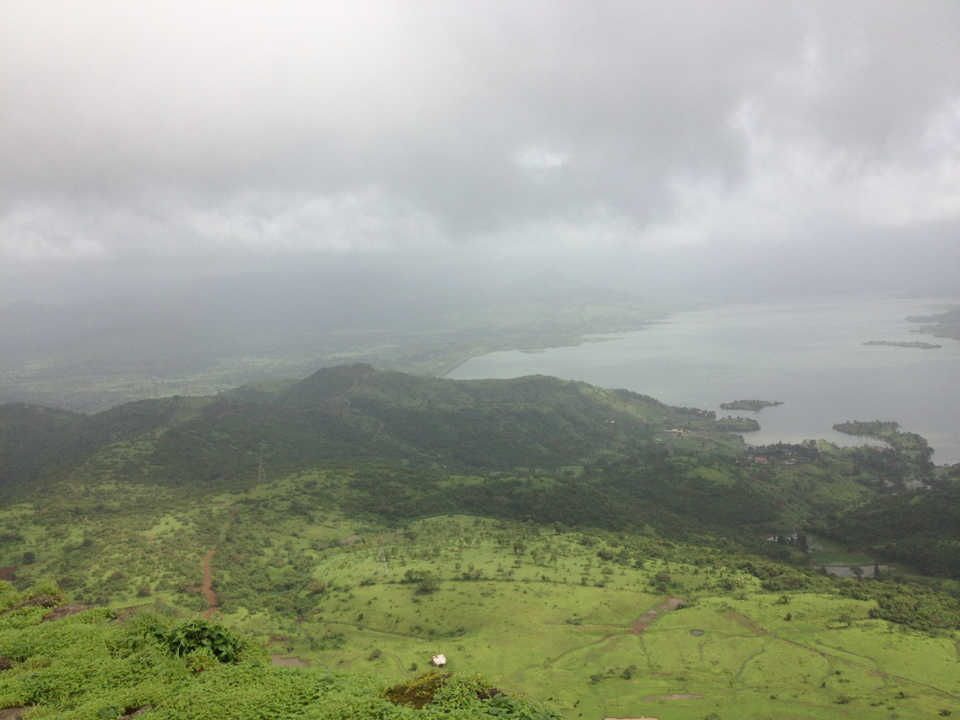 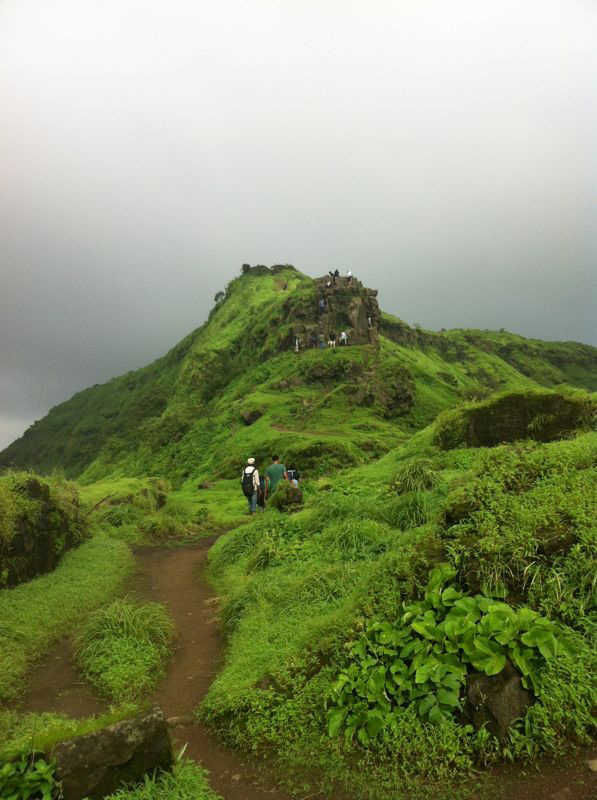 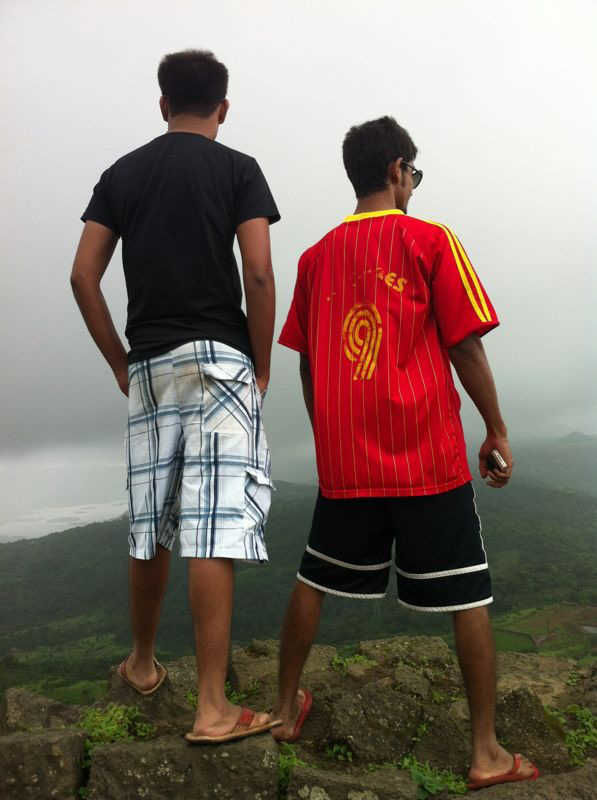 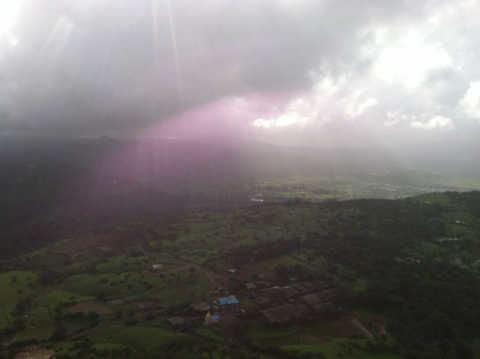 Chatrapati Shivaji Raje Bhosale was a Maratha warrior from the 13th century. The guy managed to piss off every single mighty Mughal ruler in his time and carved out a unique place in history books for himself and his Mavalas. Reading about his daredevilry, his life and admiring his persona was my favourite part about history class at school. Ever since, I’ve been fascinated by anything related to the great Maratha king. So when my friends decided to take a trek to Lohagad fort one fine weekend, I was more than eager to oblige.

Getting There: Lohagad Fort is closer to Mumbai than most people think. It is actually situated just a few kilometres ahead of Lonavala towards Pawna Dam. There is however, another route; for a more elaborate trek, reach the base village of Malawali, which is the next stop after Lonavala on a train from Mumbai to Pune. From Malavli, the fort is about 9-10 kilometres away. If you take a short detour, you can also visit the Bhaje Caves – a collection of Buddist caves from somewhere around 200 BC.

We managed to get to the base of the hill via Lonavala but were a little distraught to find that our car wouldn’t be able to scale the steep slope ahead, especially since the road was made of loose stones and the tires simply wouldn’t find a grip. The base of the fort was still another 5-6 kilometres away, and climbing on foot would take at least 4-5 hours. The lady cooking pakodas at a nearby stall called out to us and said if we were ready to wait for a while, she would get her tempo to drop us off to the base. This looked like a reasonable solution; only until we were in the back of the pick-up truck, trying to hang on for dear life, as the truck bungled and bumbled, over the bumpy, twisty-twirly road. After being thrown about like sardines in a can for 15-20 minutes, we finally got off at the base of the fort, from where the ascent begins.

The trek, for a good part is easy in nature. There are stone steps leading right to the top of the fort, although a little slippery and mucky in the rain, difficulty level is rarely beyond ‘easy’ even for novice climbers like us. The steps lead right up to the main entrance of the fort – the Ganesh Darwaja! The doors seem to have been re-painted or re-constructed, because they seem to be in better shape than everything else at the fort. During the climb, you will be blessed with some great views of the majestic Pawna lake, nearby Lohagadwadi, and the neighboring Visapur Fort.

The fort itself is massive. Situated at an altitude of 3400 ft (1000m), the fort is usually covered in clouds and mist in the monsoon. The view from several spots atop the fort is breath-taking. The only tricky part of the trek is if you want to scale the western side of the fort which includes the famous Vinchukata, a long, narrow, wall-like fortification which looks like a scorpion’s tail. Although slightly tricky, the hike to edge of the end is beautiful and worth the hassle, if you’re young and agile. It also makes you marvel about the fact that Shivaji and his Mavalas scaled these trails in pitch dark (more often than in broad daylight) on such a regular basis.

There are several ponds up there, including the Sola-Koni Talaav, a 16-edged pond, rumored to have been built by Nana Phadnavis in the Peshwa period, long after Shivaji was gone. There’s also a Shiv Temple and a tomb, however, I couldn’t really figure out who it belonged to. If you walk close enough to the cliff, you will have the swift breeze splash water all over you from the streams that flow down-hill. Lohagad is a fairly popular destination for weekend treks, and you will rarely find yourselves amidst a select few trekkers on a monsoon weekend. We too, came across plenty of hikers but there’s enough place for people, and well, once you’re a few steps away from the other groups, the cloud cover hides you perfectly.

There’s a lot of history about this place, and there’s plenty to enjoy too! The panoramic view of the beautiful Pawna lake and the neighboring villages, the majestic Vinchukata, shrouded in clouds, the swift, biting breeze, the drizzling rain, all of it adds to the flavor. It’s best to make this trip in August – September, while the monsoon is still on, but the intensity is a little less. Remember to use a good pair of shoes, and carry protective gear, because if it does start pouring, the rain does batter you so high up. There’s no provision for food once you cross the base village, so carry some food and water for the climb, and if you bump into a local or two, do ask them everything you can about this enchanting place.