Malana Travel GuideMalana Trips50 Shades Of Malana & Not Its Cream

50 Shades of Malana & Not Its Cream

Appealing perfectly to our pseudo backpacker/neo hippie sensibilities, my friends and I decided to visit Kasol and to further trek to Malana. A quaint little village tucked in the great Himalayas; a world opting to be unaware of the world. Desperate in its ferociousness trying to guard its purity on all fours. The villagers take pride in being descendants of Alexander the Great. Legend has that Alexander once went into hiding in Malana. He was so mesmerised by the beauty he found in its isolation and otherwise, that he didn’t want to return to the world waiting for him.

Before entering the village, we are strictly instructed not to touch any villager or dwellings. In case of non compliance a 2500 rupee fine will be levied and a goat will be slaughtered at the site. Its blood will then be sprinkled all over to reinstate the village’s purity. Boards inside the village reaffirm the same but are unapologetic because they are God’s rules and not their own- their God being Jamdagni Rishi who was gifted Malana by Lord Shiva. On arriving in Malana, he discovered that the place was already under a monster who was eating its residents everyday. He tricked the monster by offering himself for him to eat and killed him.

The persistent ‘DON’T TOUCH’ verbal reminders by the villagers keep us from stepping off the cemented path made for the impure. The houses in the village are made mainly from stacked wooden logs on stilts with more wooden logs stored underneath. Colourful clothes hang on wires to dry. Innocent faces linger at glass less window panes. Elders are surprisingly compliant with photo requests and the children look at us fixedly, eager to let themselves onto the secrets from beyond, searching our clothes and our faces that carry word about the world which is not theirs.

Malana village does not choose to take recourse of the Indian Jurisdiction and has its own unique law. All the decisions in Malana are taken by the Village head who symbolically dresses like Akbar and sits with his panchayat overlooking the glistening snow-capped Himalayas. Not too long ago, it were of these mountains, that a young girl wanted to take pictures of. Excited and unaware she hopped on the platform to capture the picturesque view. Within minutes she was surrounded by spiteful villagers, spitting curses at her. As her punishment, she was handed a bucket of water and forced to wash the entire platform with her hair.

You can almost feel the air thick, saturated with the legends and stories, making you rather empathetic towards their blind obsessions. Even though some signs of modernisation are visible, it’s intriguing to see a place which lies at the core of the nation’s cannabis network which potentially impacts the economy of multiple countries shut its eyes so tightly refusing to acknowledge its own discovery. 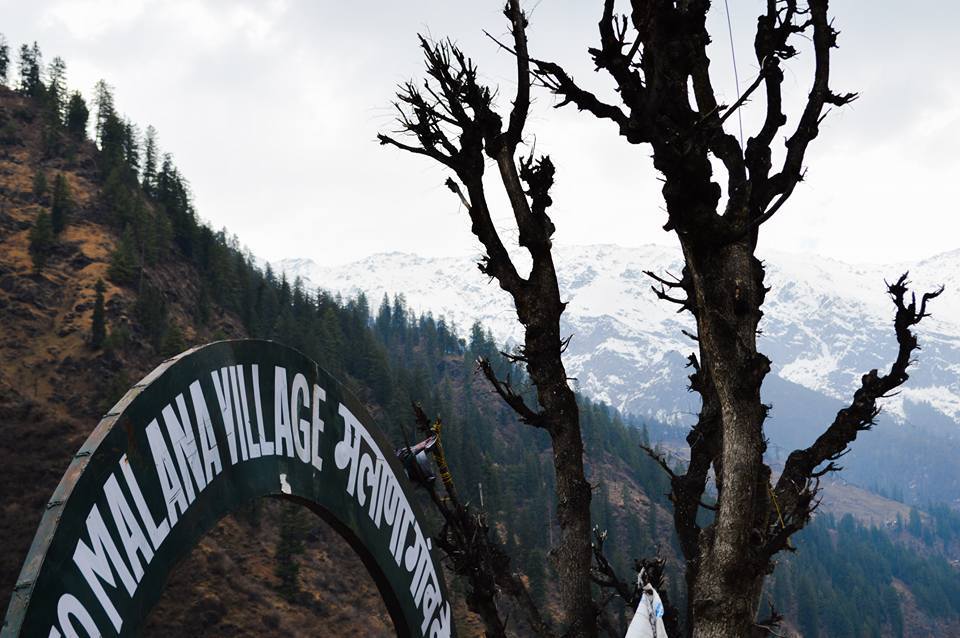