Abandoned Places Around The World That Will Give You The Creeps

So you consider yourself the kind of traveler who goes off in search of adventure. Regular vacations seem banal to you. You don’t see yourself relaxing on the beach, soaking in a hot tub at a five star hotel, or even enjoying a hot cup of tea in the mountains. You’re a thrill seeker who thrives in the beauty and eeriness of this weird and wonderful world. You travel the world for a taste of the heebie-jeebies. If this sounds anything like you, I’ve got a wonderful list for you to peruse through and jot down in your travel diary. Here are some creepy abandoned places around the world that’ll give you the creeps:

Pripyat was founded in 1970, the ninth nuclear city in the Soviet Union, to serve the Chernobyl Nuclear Power Plant which was located nearby. In 1986 when the Chernobyl disaster took place, the entire city was abandoned. The town now stands empty, a haunting reminder of the dreadful past. The important question is: Is it safe to visit Pripyat? Radiation levels have dropped considerably since the disaster took place. The Zone of Alienation is considered relatively safe to visit and several Ukrainian companies offer guided tours of the area. A trip for a glimpse into a post-apocalyptic future seems on the cards! 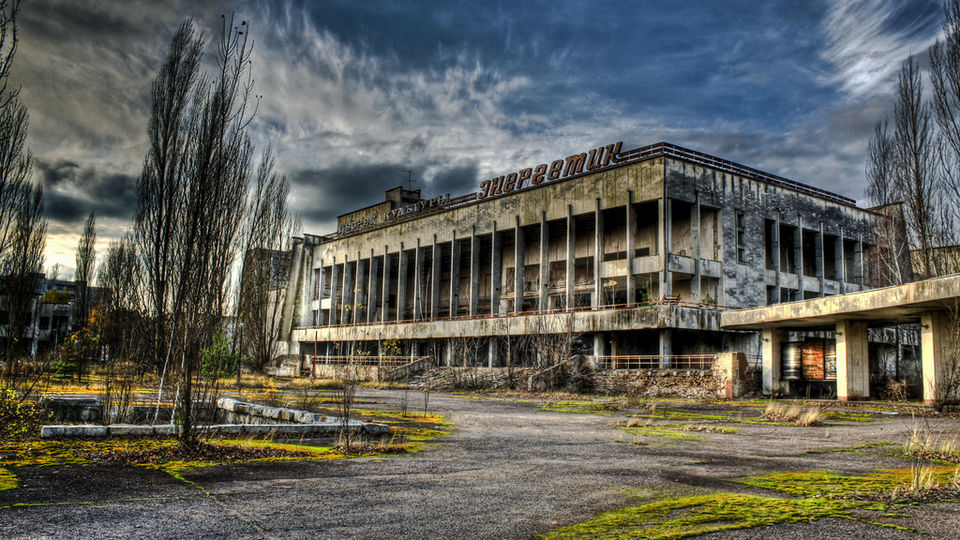 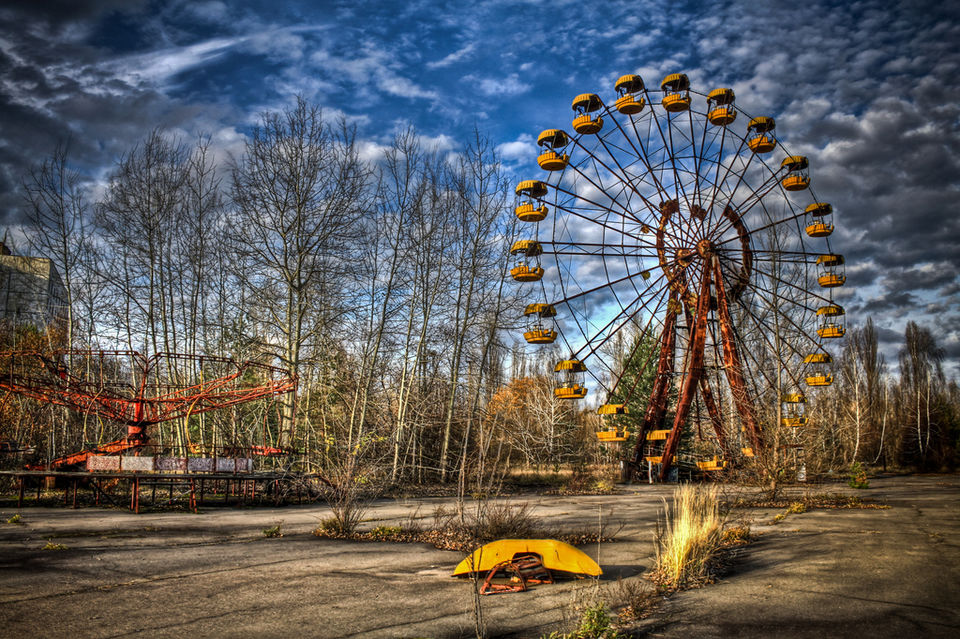 Kolmanskop is a ghost town in the Namib Desert in southern Namibia. It was founded in the 1900s and used to be an extremely wealthy mining town because the surrounding area was rich in diamonds. When the diamond field was exhausted in 1954, the town was abandoned. The houses built here were left to the whims of the elements, and now most of their interiors are filled with knee-deep sand. The town is a testament to how fragile wealth is and now perhaps stands as a warning in the forgotten sands of time. 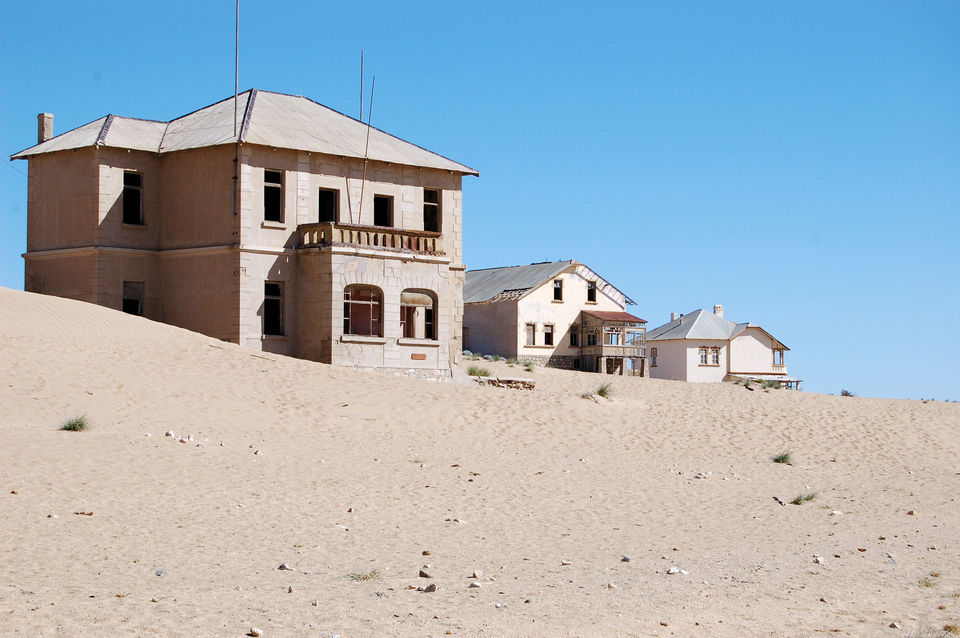 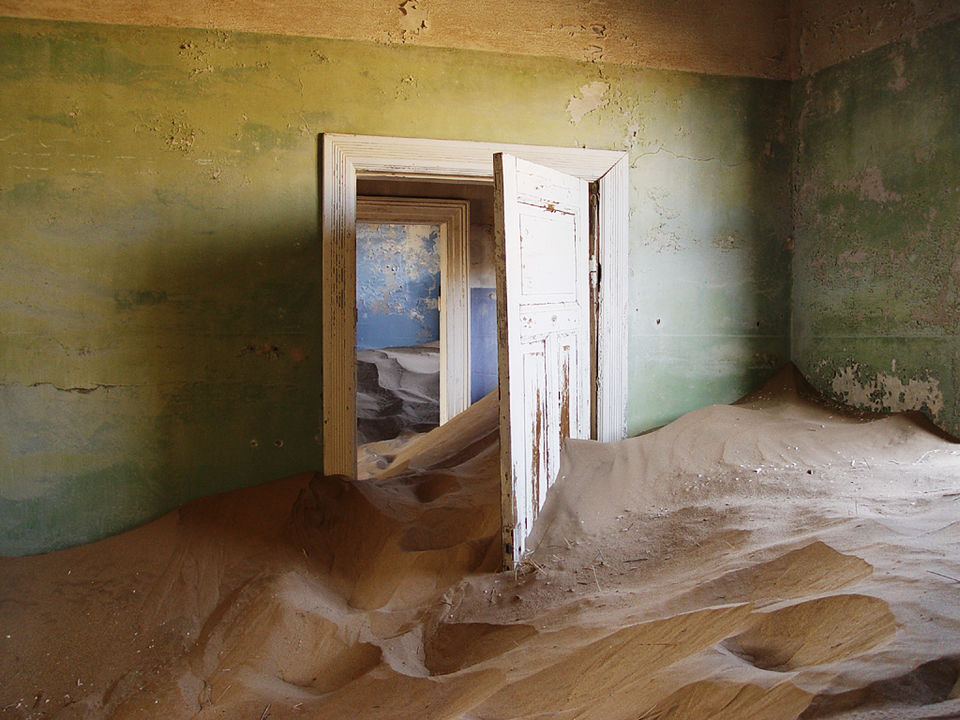 The Michigan Central Station was pushed into service in 1914 and, at the time of its construction, was the tallest rail station in the world. It remained open up until 1988 after which it was abandoned due to the cessation of Amtrak service. The station was added to the National Register of Historic Places in 1975. Although crumbling and vandalized, the ruins still stand and provide a glimpse into this station’s proud, historic past. Hauntingly beautiful indeed. 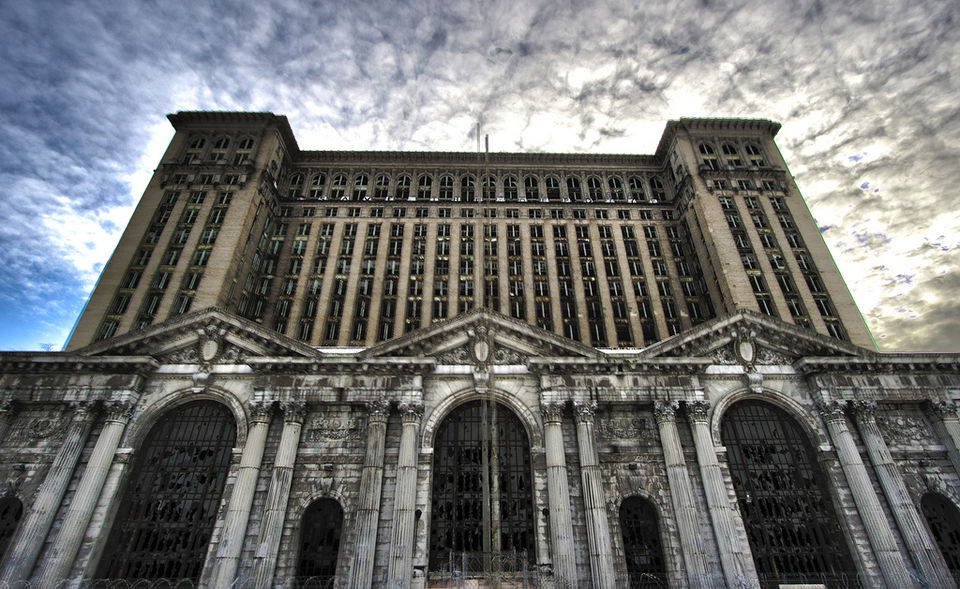 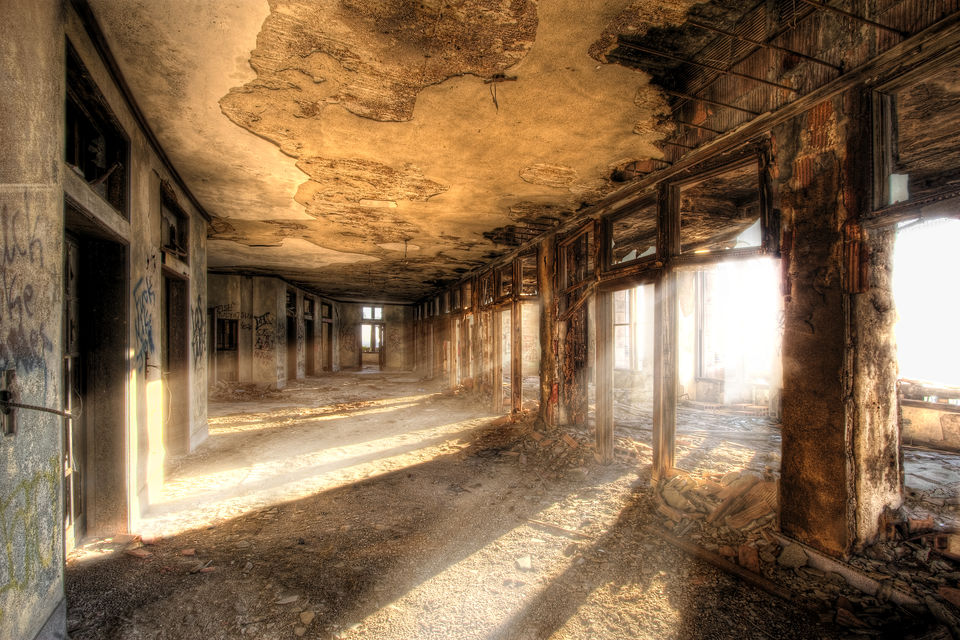 Located approximately 15 kilometer from Jaisalmer in western Rajasthan are the ruins of a village called Kuldhara. 300 years ago, Kuldhara belonged to the Paliwal Brahmins and used to be prosperous. According to legend, the local ruler wanted to marry the daughter of the village chief and threatened the village with dire consequences if his wish was not granted. The village people did not accede, and fearing punishment, they fled their homes overnight and cursed the village. No one has been able to settle in the village ever since. Locals claim that the village abounds in paranormal activity. This eerily beautiful village and its sad story will arrest your heart and make for one strange experience. 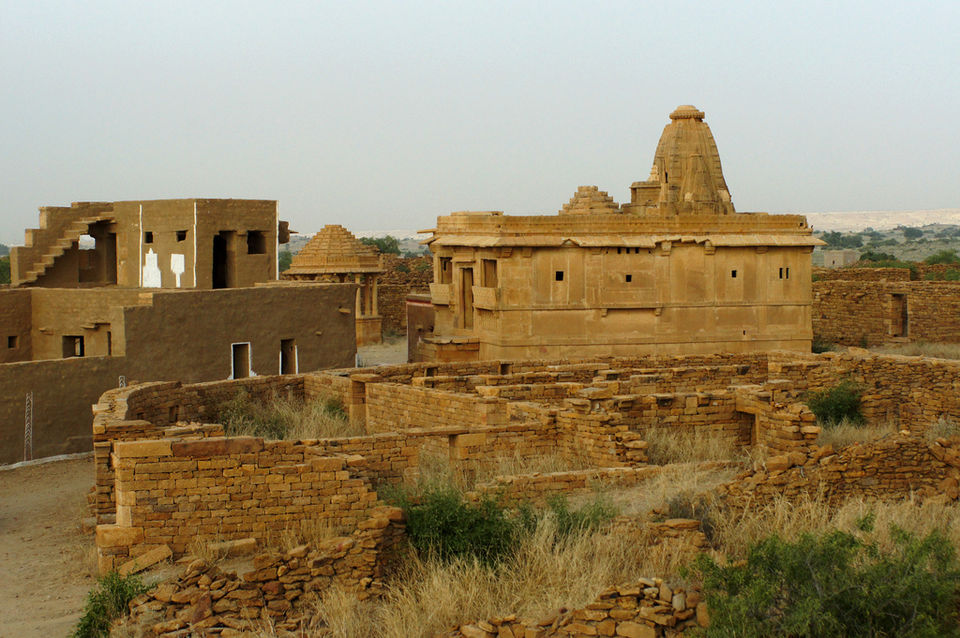 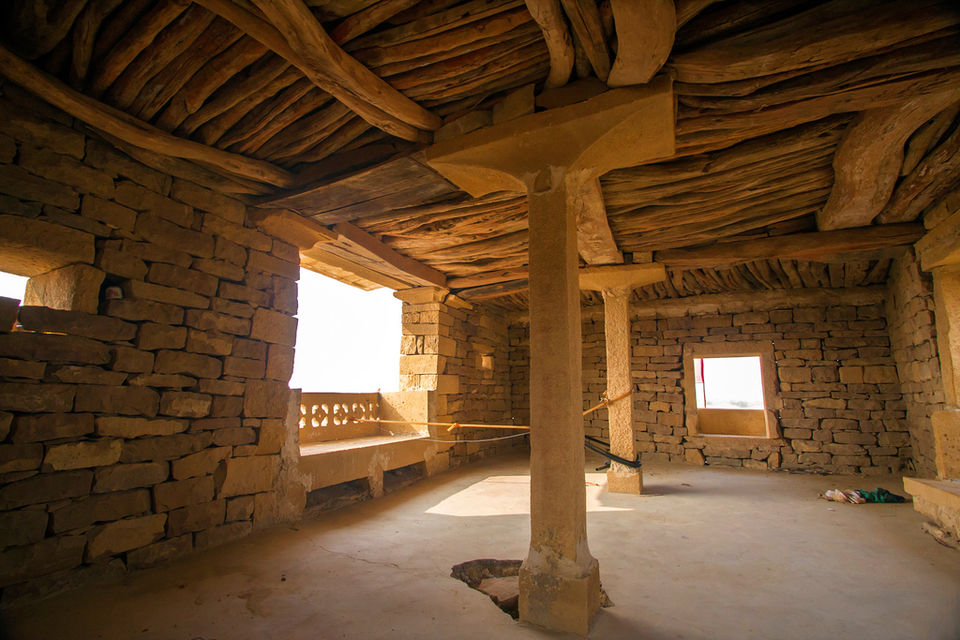 The Buzludzha Monument was opened by the Bulgarian communist regime on the Buzludzha peak in 1981 to commemorate the founding of the Bulgarian Social Democratic Party which later became the Bulgarian Communist Party. This futuristic looking building was abandoned shortly after the dissolution of the party in 1989 and was inherited by the state in 1991. Since then, it has fallen into disrepair and has been vandalized. Most of the paneling of the building’s roof has also been stolen. A visit to this place would be like traveling into a dystopian future! 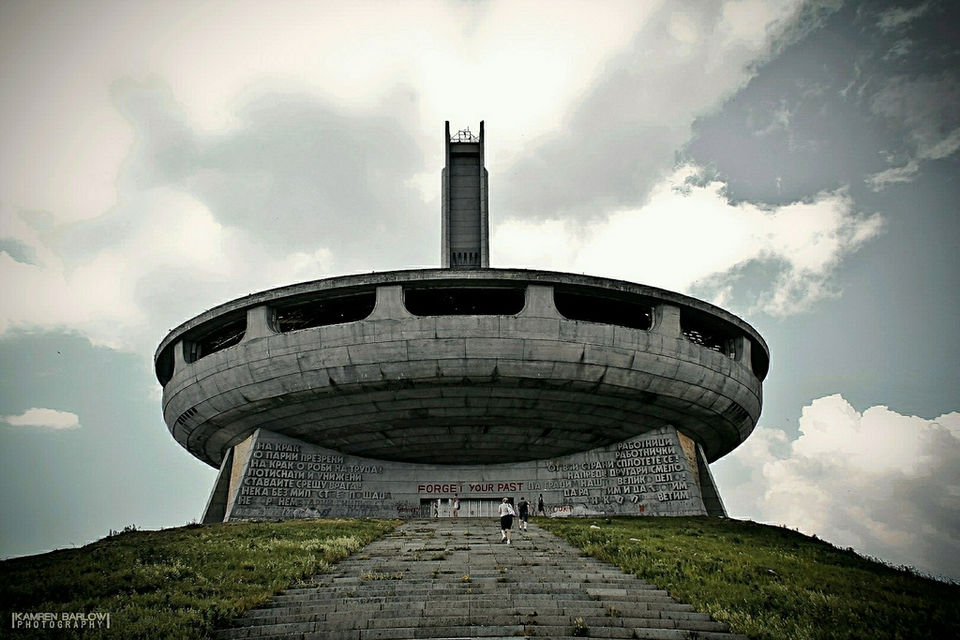 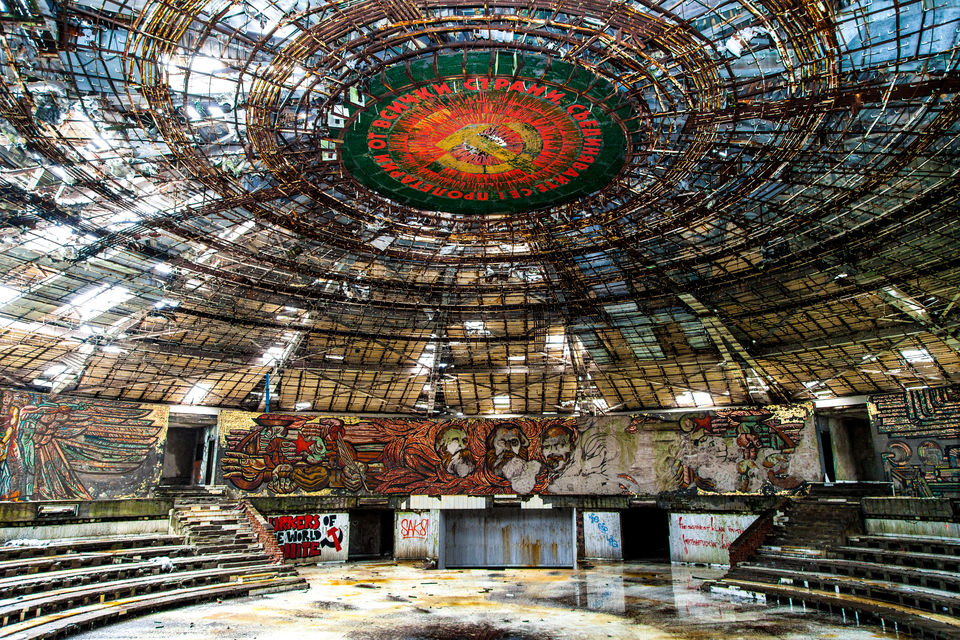 Situated alongside the Tequendama Falls, this building was constructed in 1923 as a symbol of opulence and was to be converted into a hotel in 1950 but construction never began. It was consequently abandoned in the 1990s due to river contamination. The building was reopened as a museum in 2013. Locals believe that this area is haunted because many people chose this spot to commit suicide. An arresting and stunning sight! 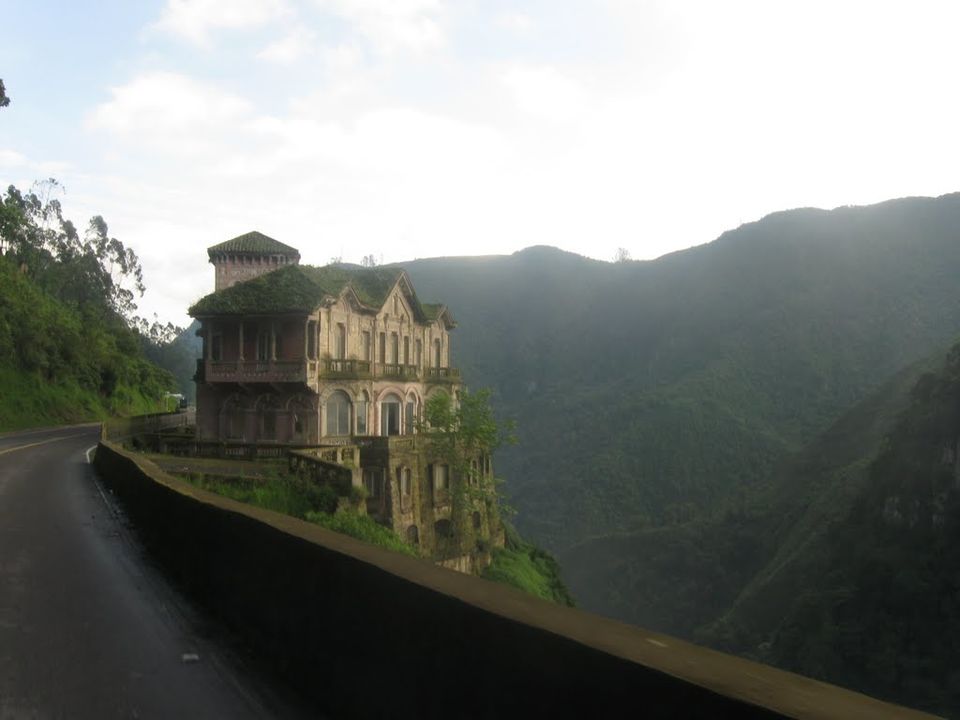 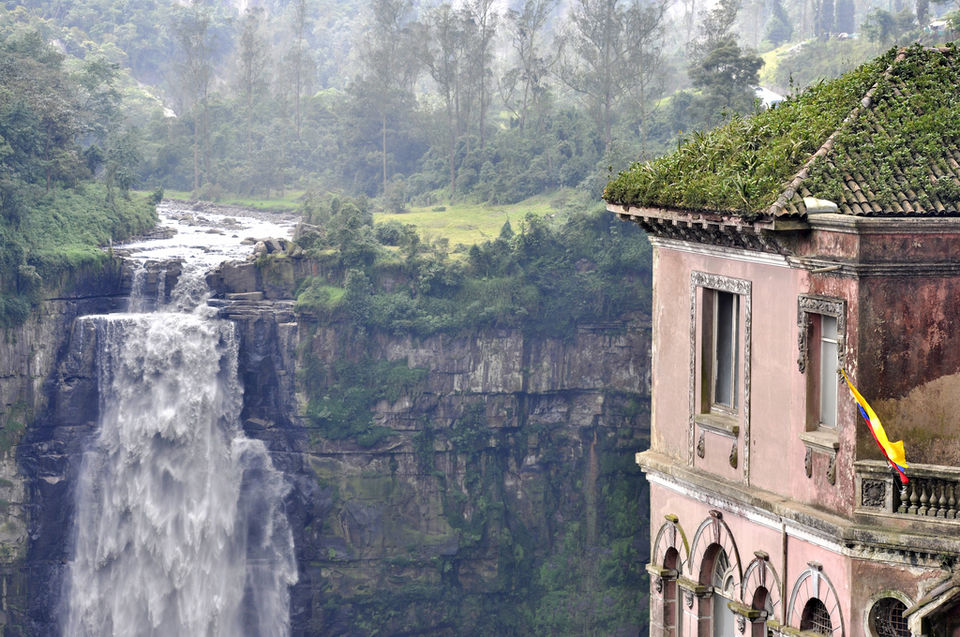 Theme parks provide nothing but boundless joy, happiness and entertainment, right? Well, not this one. Nara Dreamland was built in 1961 and was inspired by Disneyland in California. It was permanently abandoned in 2006 due to low visitor numbers, but the rides were never dismantled. The theme park looks like it’s been left in a state of suspended animation and the silence is chilling. Nature is slowly reclaiming the land making this one hell of a creepy destination to visit! 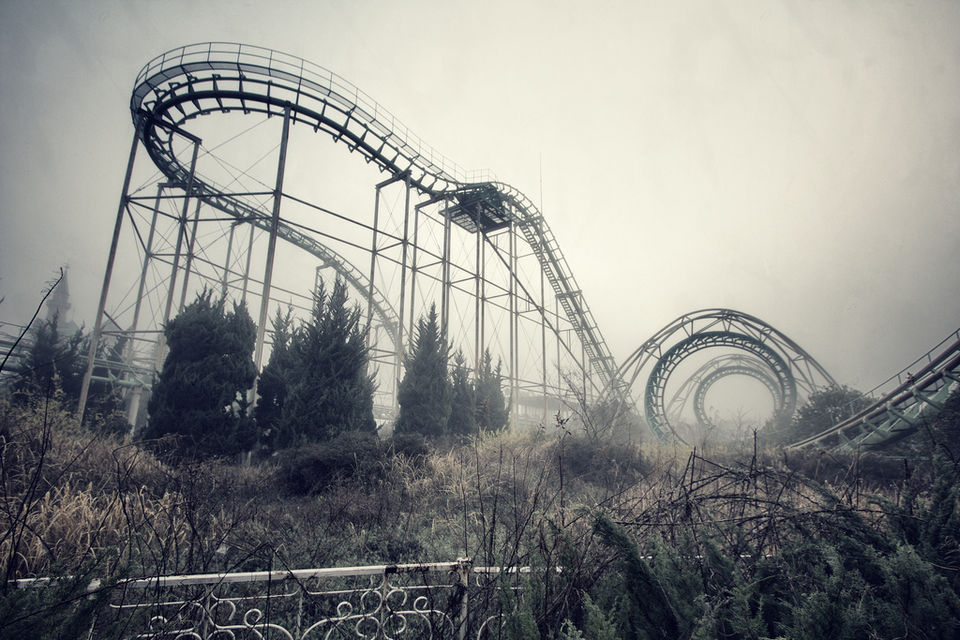 This Italian hilltop town has a long history. It was founded in the 8th century.  But now, it is nothing but a crumbling ghost town. It was abandoned in the early 1990s due to natural disasters like earthquakes and landslides that are frequent in this region. This striking town has now become a popular tourist destination. The town is a reminder that Mother Nature should not be taken for granted. 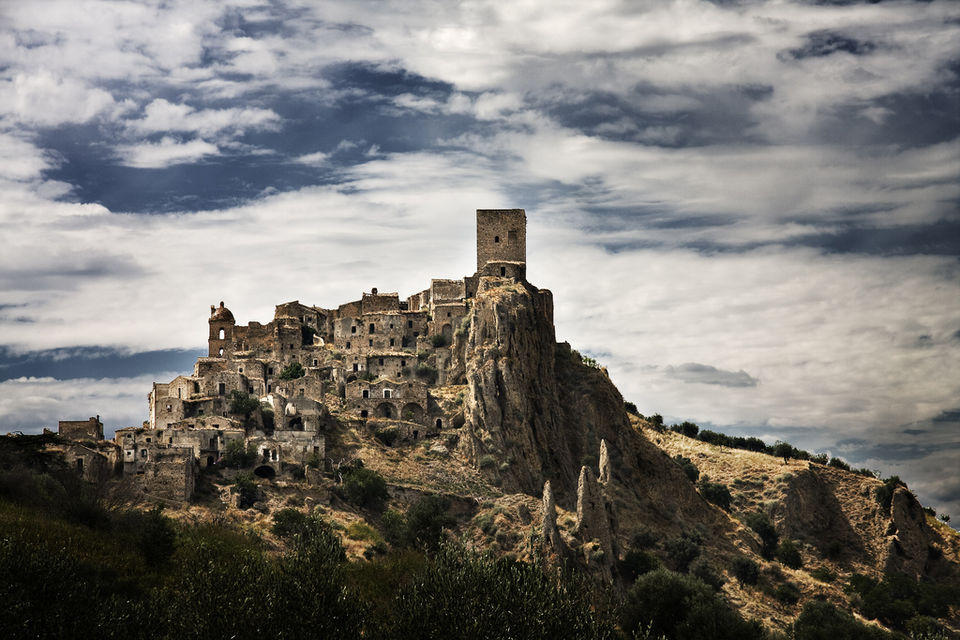 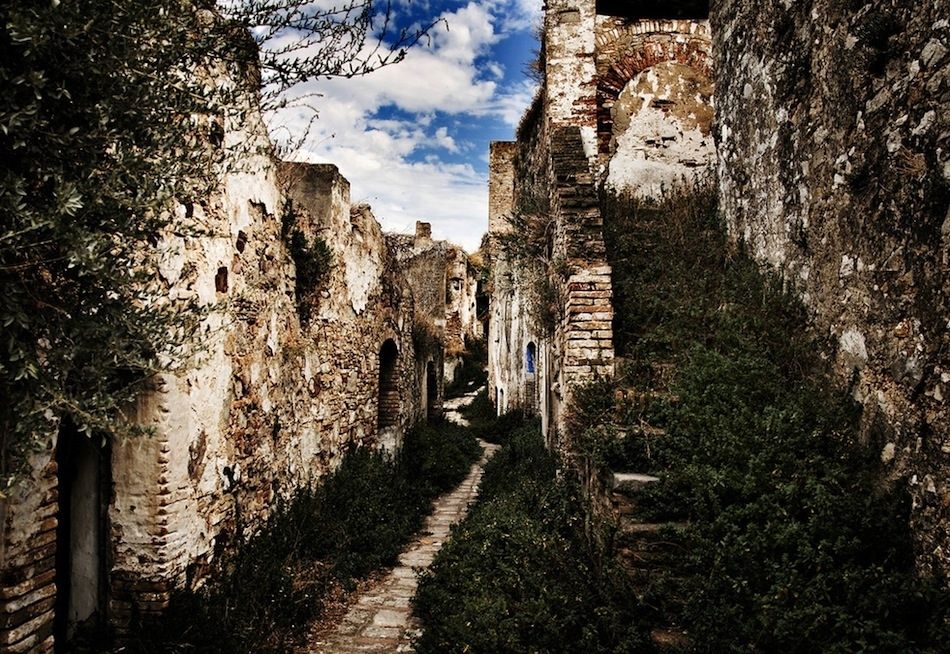 Hospitals are creepy. But when you add the word ‘abandoned’ in front of them, they gain the ability to send shivers down your spine. And that’s where the Beelitz-Heilstätten Military Hospital comes in. The hospital was used by the Imperial German Army and even Adolf Hitler recuperated here in 1916. Much of the complex has been abandoned since 1994. 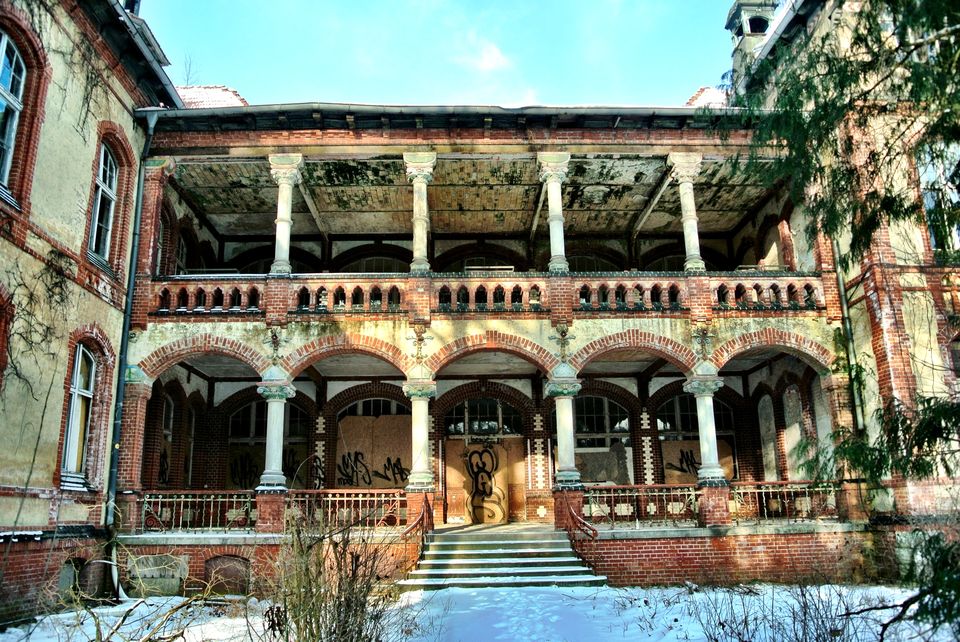 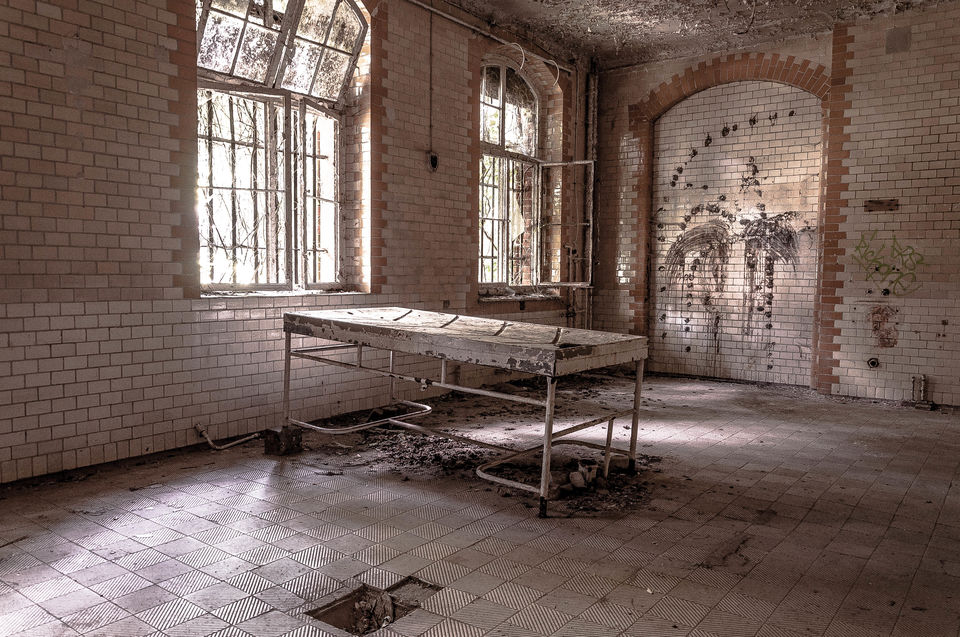 In a small forest near Chatillon, a village in Belgium, there is a graveyard of abandoned cars, quietly rusting in peace. The cars had belonged to US soldiers who were stationed in this region during World War II. When the troops were to be sent back home, they realized that the cost of shipping these beauties back home would be way too much so they were just left there, neatly parked. Disturbingly eerie! 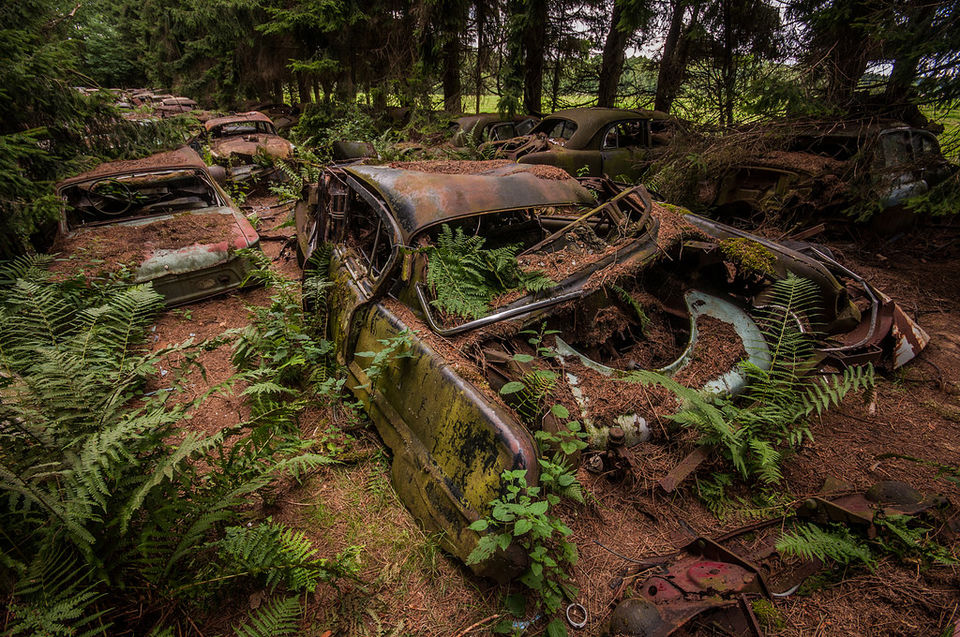 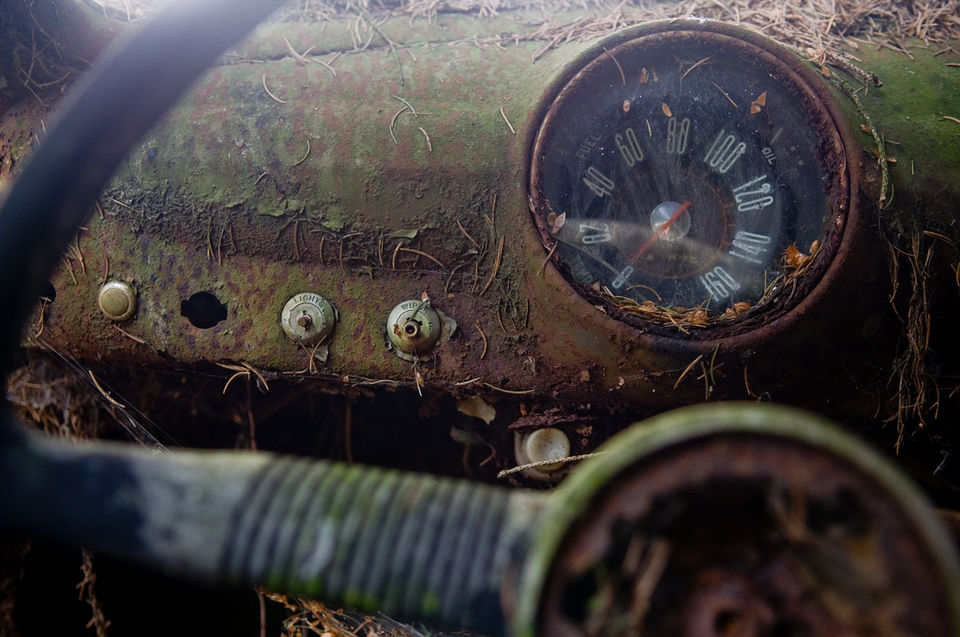 Pripyat was the ninth nuclear city in the Soviet Union. It was abandoned after the Chernobyl disaster of 1986.

A ghost town in the Namib Desert, Kolmanskop was abandoned when the surrounding diamond field, that had made the town extremely prosperous, was exhausted in 1954.

Michigan Central Station served as a passenger rail depot between 1914 and 1988. It was abandoned due to the cessation of Amtrak service.

Steeped in myth and legend, this perfectly preserved village was abandoned around 300 years ago. Locals believe that the place experiences paranormal activity.

Opened to commemorate the Bulgarian Communist Party, it was given over to the state after the dissolution of the party in 1989. It has fallen into disrepair since.

Situated alongside the Tequendama Falls, this building was constructed in 1923 and abandoned in the 1990s. Locals believe it is haunted due to the location being a known suicide spot.

Built in 1961 and abandoned in 2006, none of the rides in this creepy theme park have been dismantled.

Founded in the 8th century, this Italian hilltop town was abandoned in the 1990s due to recurrent earthquakes and landslides.