Rajasthan Travel GuideRajasthan TripsPlanning A Visit To The 'Great Wall Of India'? Book A Stay At These Luxurious Camps Right Now!

Planning A Visit To The 'Great Wall Of India'? Book A Stay At These Luxurious Camps Right Now!

The muscular Mewar fortress of Kumbhalgarh sits perched atop an Aravalli hill and looks over the great wall which spans over 38km. Protecting the kingdom of Mewar, which is now the modern day region from Ranthambore to Gwalior, the fort remained impregnable to direct assaults by the many adversaries who made their way from neighbouring regions of Udaipur to the distant Mughal rulers. Despite its invincible and enviable stealth, the fort fell once (only once) to the joint forces of Mughal Emperor Akbar, Raja Man Singh of Amber, Raja Udai Singh of Marwar, and the Mirzas in Gujarat.

The fort still stands reminiscent of the glorious era of the mighty warrior ruler Maharana Pratap Singh who was born here and protected it till his last dying breath. The massive expanse contains in its premises 360 temples and can be accessed by seven fortified gateways. When you visit this living, breathing piece of history, give it more than just a day as it will take longer than that to fully realise the marvellous nature of Kumbhalgarh.

Situated just 4.8km from the fort is the Kumbhalgarh Safari Camp, a glamorous camping site that is equipped with everything a modern traveller requires at leisure: swimming pool, spa facilities, high-end restaurant, a luxurious bar and lounge complex.

Groups of people who have a penchant for history and are looking for a place to meet, dine and be entertained.

The Kumbhalgarh Safari Camp is fully equipped to entertain all kinds of travellers, from large groups of people to honeymoon couples. The 25 luxurious cottages offer the best of amenities and come with a private balcony which offers mountain or lake views. A myriad of indoor activities are also offered by the hotel: lounging area with indoor games such as pool, table tennis, carom and card games, a relaxing swimming pool, a spa centre with a range of therapies to chose from and a decadent cuisine selection at the restaurant. 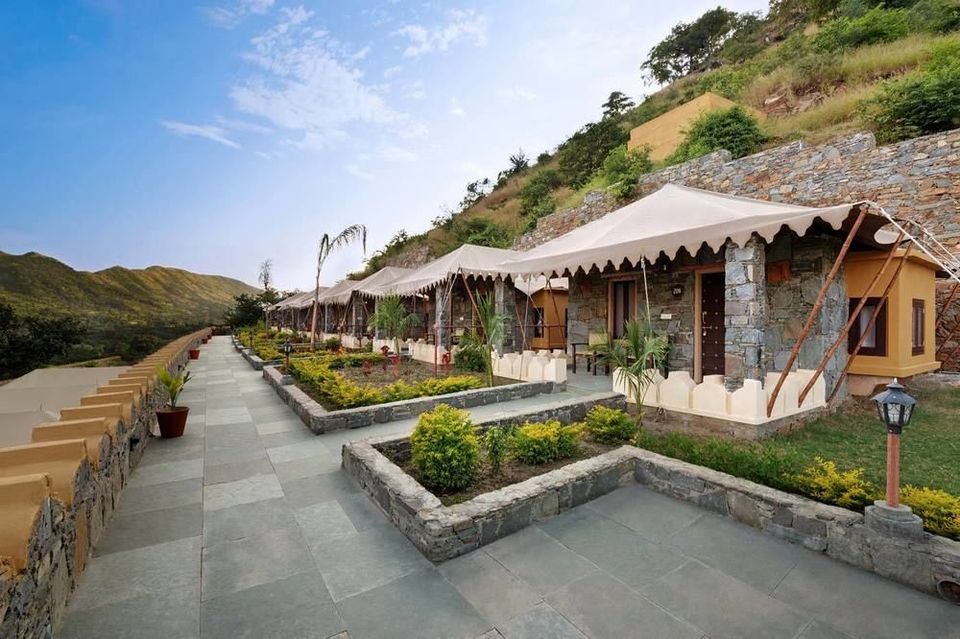 So, after spending a long day hiking to-and-fro the 'great wall of India' you can head back to your hotel and unwind in the comfortable lap of luxury.

The restaurant at Kumbhalgarh Safari Camp offers an array of eclectic Indian and international cuisines that are served in the picturesque setting of the Aravalli desert. 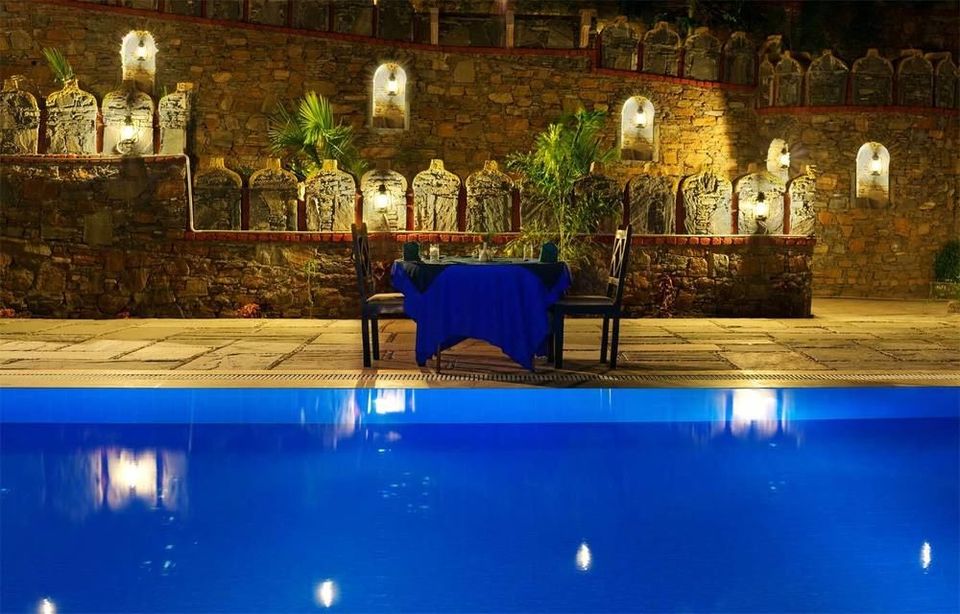 The chefs are also keen on preparing local dishes if requested. The breakfast spread, which is complimentary, is also a speciality of the hotel.

The price of a luxury cottage (including breakfast) is Rs 5,400. 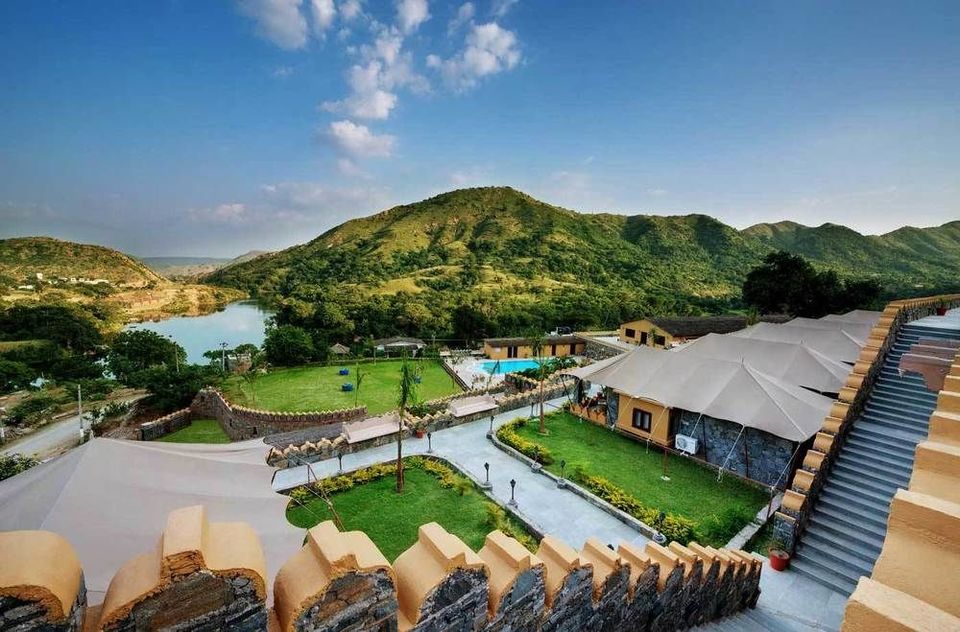 The best time to visit Kumbhalgarh is during the colder months of October to February. 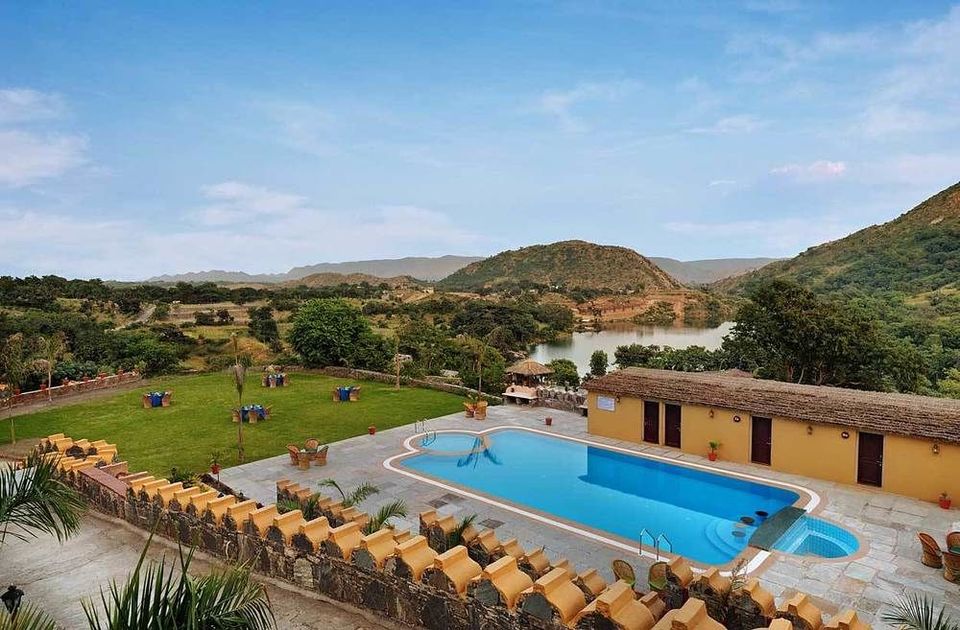 → What to do here and around the property

The hotel can arrange a taxi for wherever you wish to go. The prices of the taxi will be separate from the tariff of your stay.

Dating back to the 15th century, the fort is considered to be India's answer to the Great Wall of China. Kumbhalgarh Fort, along with five other forts in Rajasthan, have been declared a UNESCO World Heritage Site and are collectively called the 'Hill Forts of Rajasthan'.

Also known as the Ranakpur Jain Temple, the original structure of the temple complex dates back to the 13th century. The extravagant temple was built by a businessman who was following a divine vision. The temple is dedicated to Adinath, the first Tirthankar of the Jain cosmology.

Built by diverting water from the Gomti River, the Rajsamand Lake is a man-made waterbody which stretches up to 7km. Pack a lunch and have a picnic by the lake on a day trip from the Kumbhalgarh Safari Camp.

By air: Fly down to the Udaipur airport and take a taxi from there directly to the hotel. The hotel can arrange a shuttle on prior request as well.

By road: If you are driving down from Udaipur, then take the NH27 and stay on it for 79km.

By train: The nearest major railway head to Kumbhalgarh is also in Udaipur, from where you will have to take a taxi upon arrival.

P.S. A taxi from Udaipur to Kumbhalgarh (and back) will cost you a fixed rate of Rs 2,500. 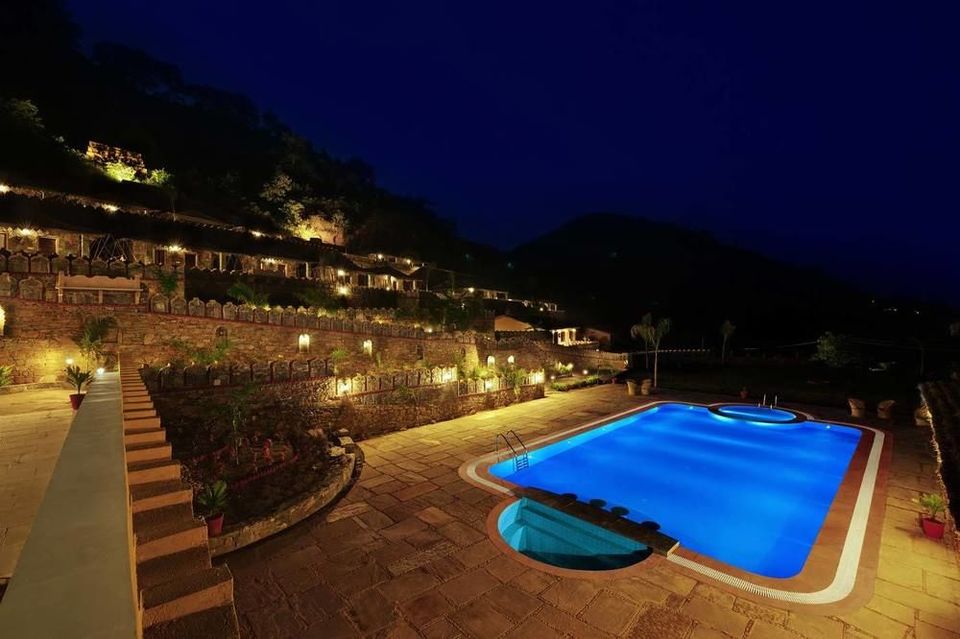 Know of a hotel, homestay or resort that made you fall in love with the destination? Write about it on Tripoto and help the traveller community discover something new.