Tripping It Solo In Hampi

I got word that it was going to be a bandh on Friday earlier in the week and a day later, my tickets were booked and I was all geared up for my solo trip to Hampi. Why Hampi? I'm an Architect by qualification and even though I don't practice anymore, being around architectural ruins makes my day. It helps if you've done a few readings on Hampi and its history which are available on various travelogues and websites. This is probably my 4th or 5th solo trip but each time, the anticipation of being unprepared blows me away.

I don't do a lot of research on the places I'm visiting, despite being told multiple times that I should always be prepared. This trip was no different as I reached Hospet at 6 in the morning, not really understanding why I wasn't in Hampi yet. Oh, and it got better because it was a bandh and my idea of doing a budget trip was thrown out the window. As I'm used to making stupid decisions when I'm slightly flustered and angry, I found myself a bakery and got myself a nice hot piping cup of chai for Rs.8/-. I will be cheap and mention my expenses because I believe in not wasting money on unnecessary things and spending the rest online shopping for things I don't need (that was me trying to be humorous). I then got myself into an auto reluctantly and paid him Rs.170/- to reach Hampi which I learnt was 15 km away. I had to spend another Rs.100/- to get money because Ms.Unprepared had less than Rs.100/- in her wallet and was frantically searching for an ATM, which I learnt was either 4 or 12km away, depending on which side of the river I was on. (NOTE: Please carry CASH!!)

I must introduce my saviour here, Mr.Murali who owns close to 3 establishments in Hampi on the other side of the Tungabhadra River. My classmates from college told me about him, which led me to calling him up a day before my journey and informing me about my arrival. He was kind, resourceful and mercilessly GENEROUS when he decided to lend his room out for Rs.500/-. His earlier establishment got bulldozed by the govt. in lieu of getting 5 Star Hotels built there. He showed me the remnants of a hotel that was now just rubble. Structural violence, much?! If you're looking for a nice inexpensive homestay, Murali's your man!!

I took a nap post which, I was charged up and ready to cycle my way through the ruins of Hampi. (Note: Do not be over ambitious!! Hydrate!! Do NOT skip meals!!) In all fairness, Murali did warn me that it was going to be tough but I paid him no mind, leading me to nearly collapsing on the floor of Doovu Cafe where in my broken Kannada and Tamil, they understood that I needed FOOD, ending in me being given a fabulous lunch of sambar rice and lemon rice for Rs.80/- + tender coconut water because they thought I would die in front of them, with the way I was panting for breath. Wait, I skipped the part of me renting out a cycle for Rs.84/- which rekindled fond memories of fixing the chain and smearing grease all over myself. NOT!! (It happened again, not once but TWICE!!)

It's fun to be by yourself, exploring a city and I must say that they've maintained these structures pretty well, even though no entry fee was charged in most of these ruins. It was even more charming to see how an entire village lives their normal everyday life around these royal ruins as though they were unperturbed by their presence.

I cycled through beautiful green fields for what seemed like hours and hours but actually was only about 2 hours, stopped everywhere for water and at most points to click these fabulous photos which I'm sort of really proud of (I'm a narcissist). I spoke to the locals, ate the local food and well, I had a fun day only that Murali had to come and rescue me because the last 5km (I had already cycled 30 km by then) was either going to make me faint on the road or well... DIE!! (I tend to be overly dramatic)

In the process of my day, I crossed the river twice with my cycle for Rs.30/- one way on these really cool boats. I thought the boat would capsize with the weight of the number of bikes, cycles and fatties like myself every moment of that short nearly 3 minute ride. The Tungabhadra is fairly narrow in most of these parts as the pictures might indicate.

The second day, I decided to WALK. (Yes, the stupidity of that struck me much later when my feet decided to hurt in protest) I managed to cover around 30 points of the 46 mentioned on various maps in less than 2 days and couldn't do justice to even the 30 that I passed. I was very pissed to find women vacationers taking selfies everywhere in their 'oh I'm so sexy' clothes. (Yes, my jealousy breaks out once in a while) This led me to having wait for long durations to get a chance to admire the architectural splendour of most of these monuments.

I spent Rs.500/- for a ticket from Bangalore to Hospet and the same to get back and I managed to find me an auto who took me from Zenana Enclosure to Kamalapura for Rs.100/- and then another Rs.15/- from there to Hospet by bus.

I hope to describe the architectural history for every photo but we'll have to wait and see whether I'm going to be that patient and whether I will figure out how. Till then, i hope this helps!! Also, it's absolutely safe for women to travel here, all by themselves!! Much love to all!!

Oh, and be awesome and show me some love on Instagram. My handle is @metallicpaul 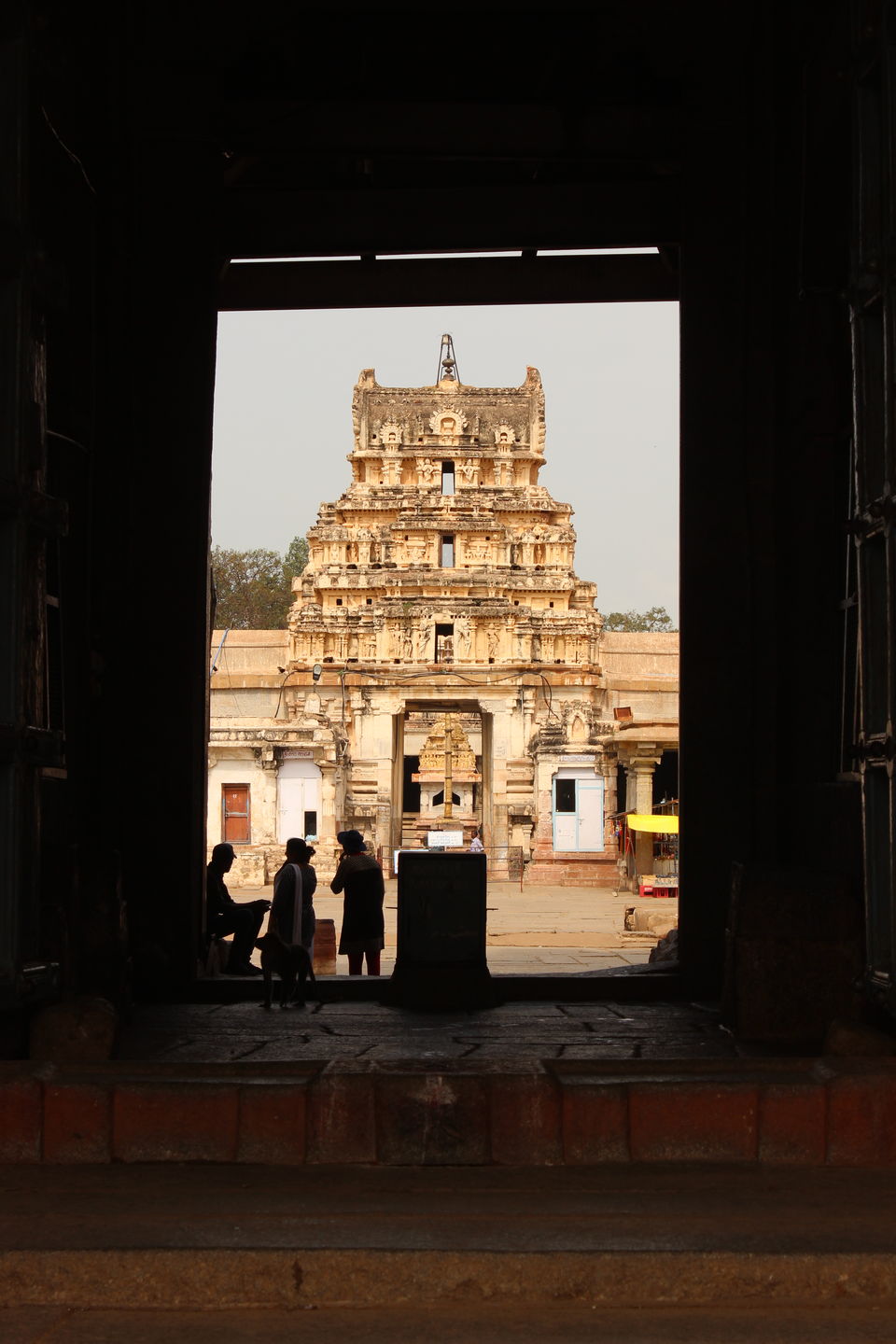 The famous Stone Chariot at the Vittala Temple Complex 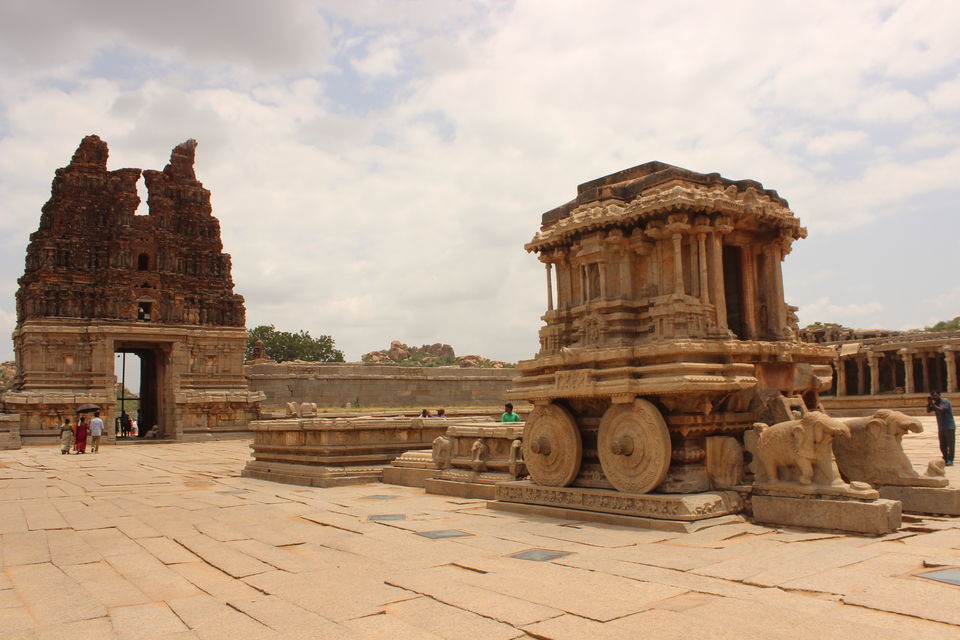 Lakshmi, the temple elephant having a morning bath in the Tungabhadra River 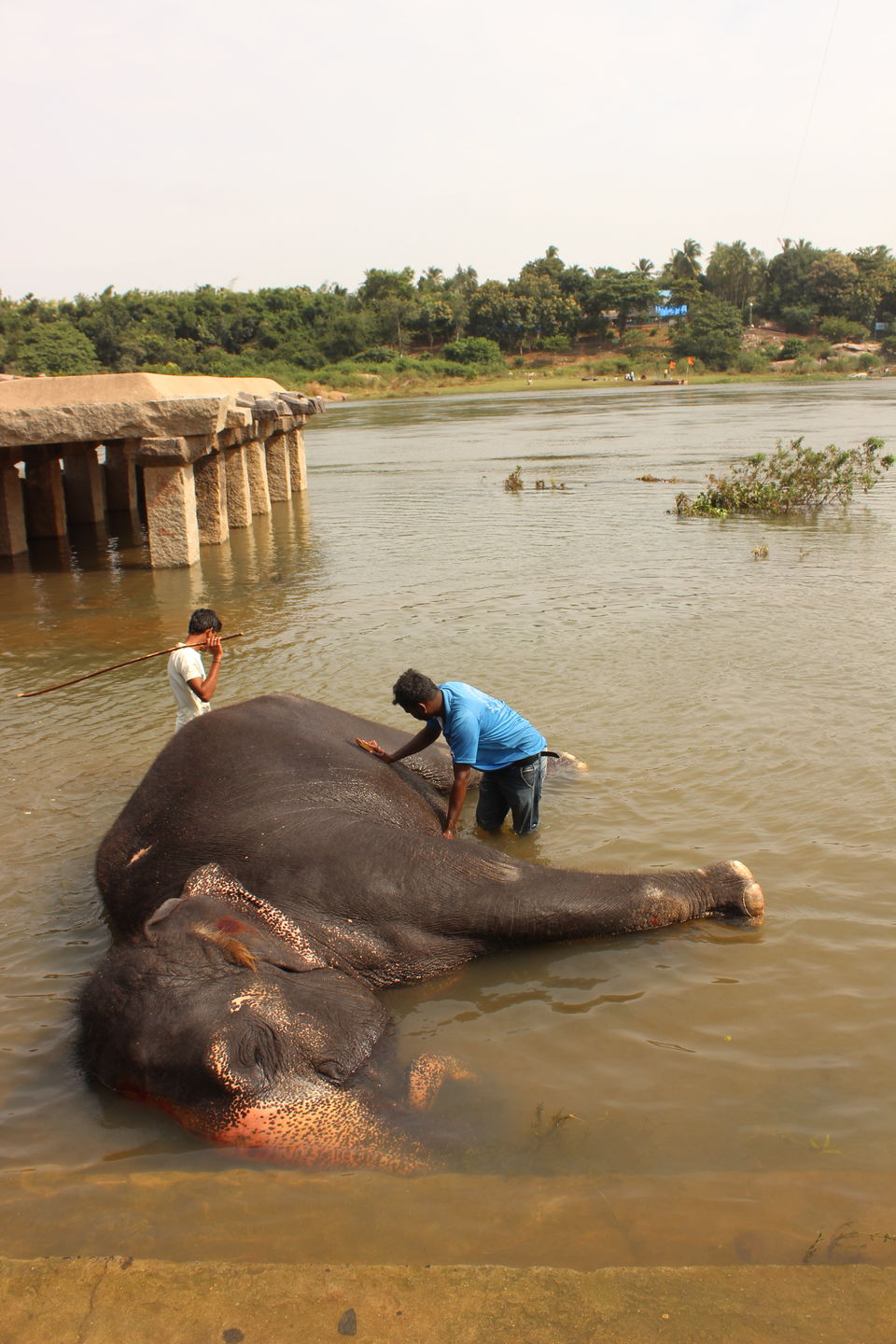 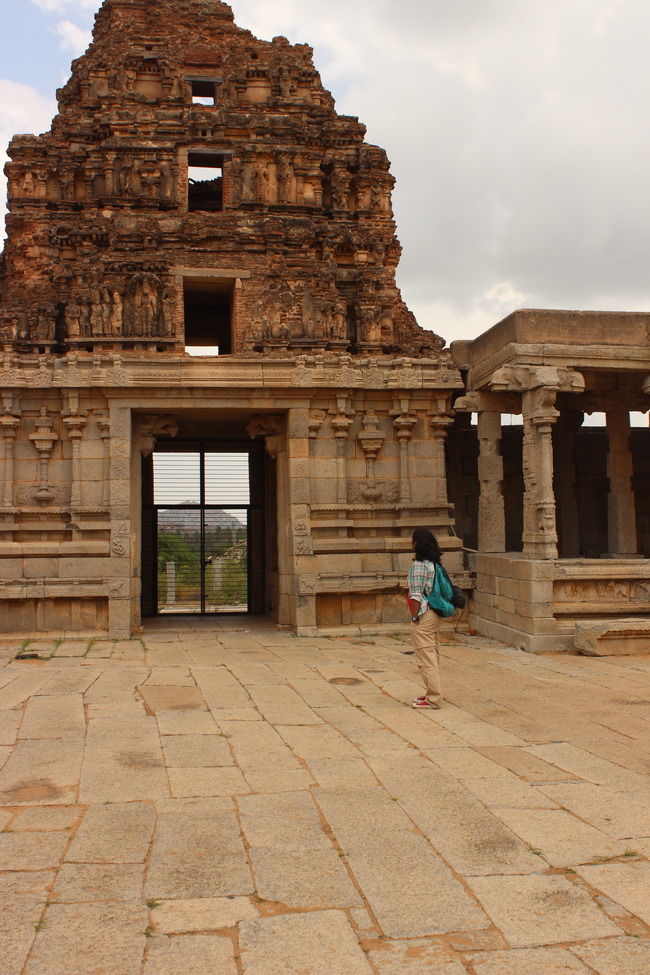 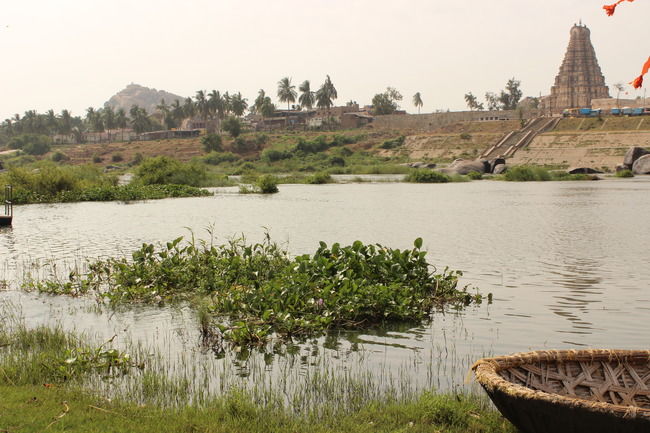 Lakshmi, all powdered up and ready to shower blessings on worshippers 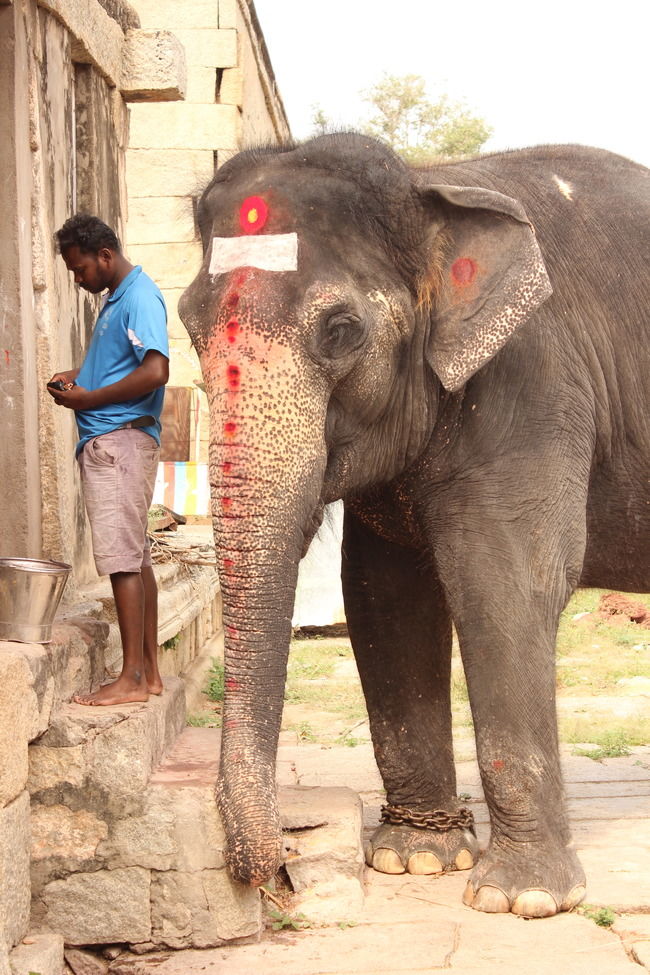 The magnificence of the Virupaksha Temple 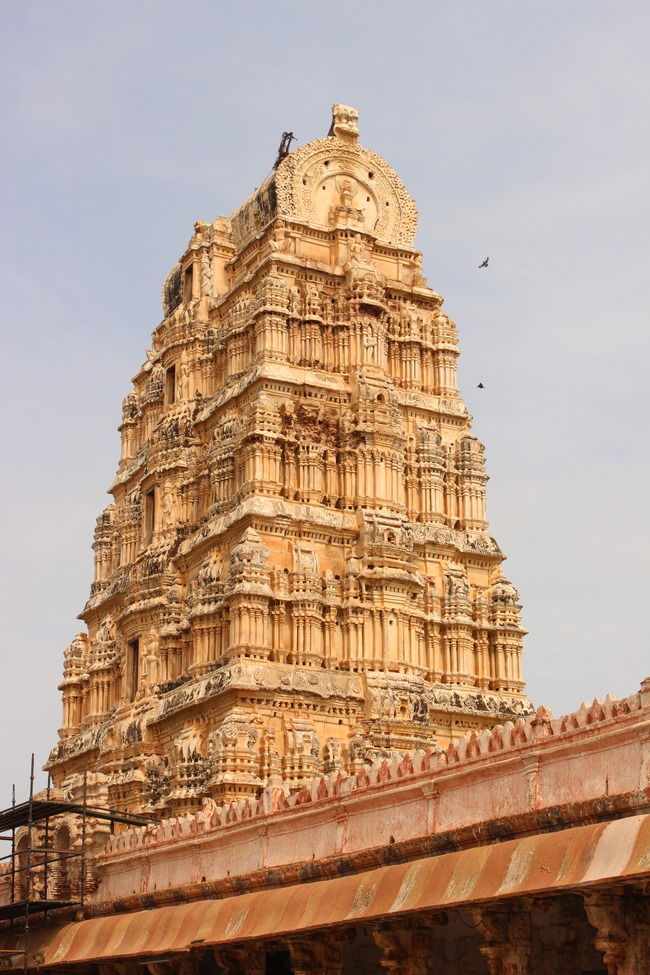 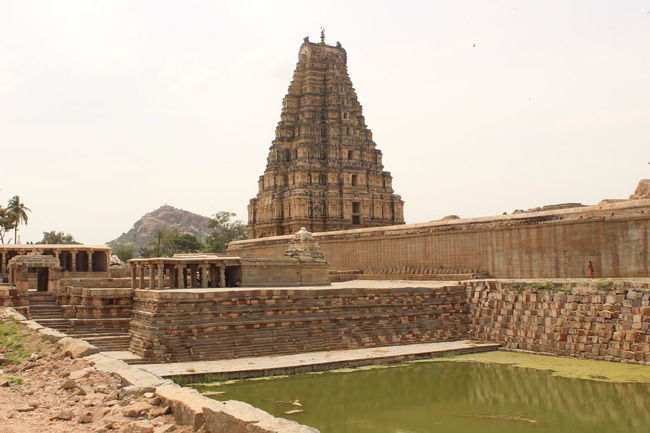 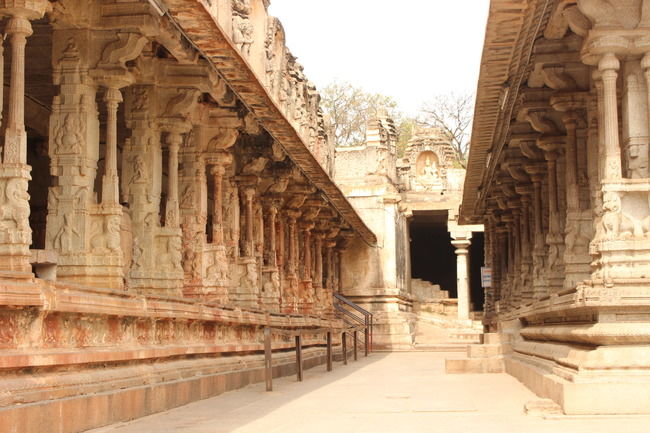 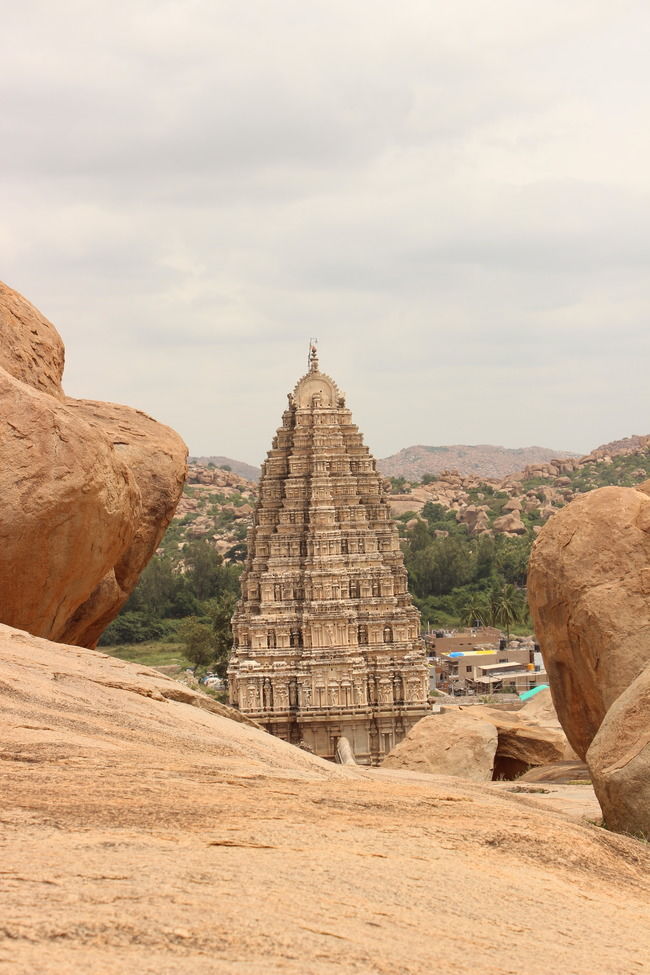 Will I or won't I be able to scale that rock?! 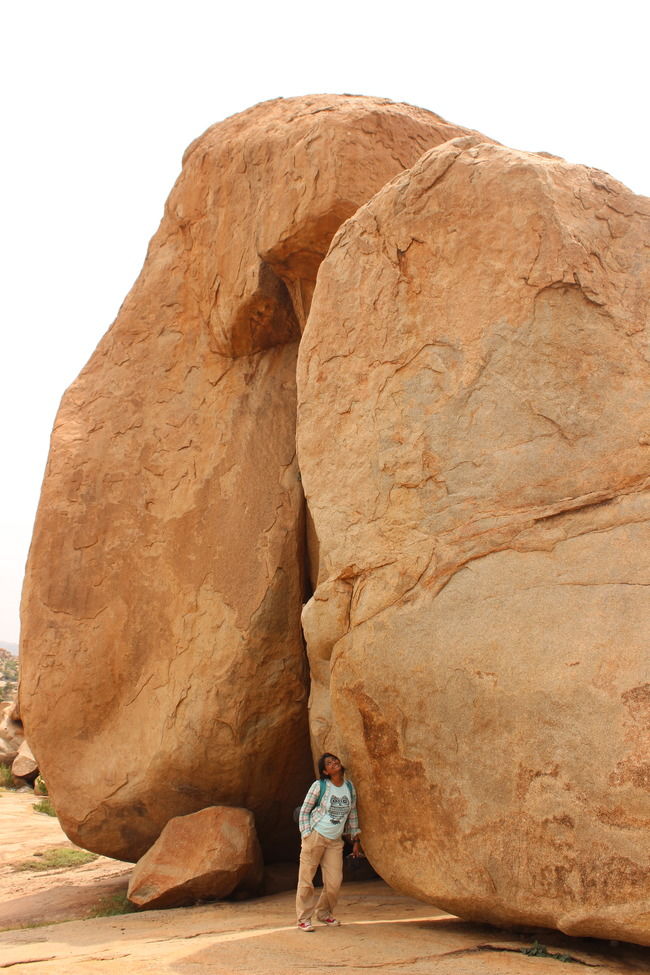 The Virupaksha Temple Complex from a distance 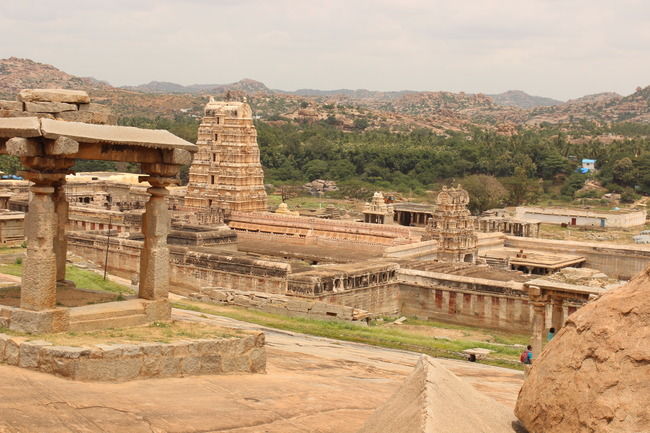 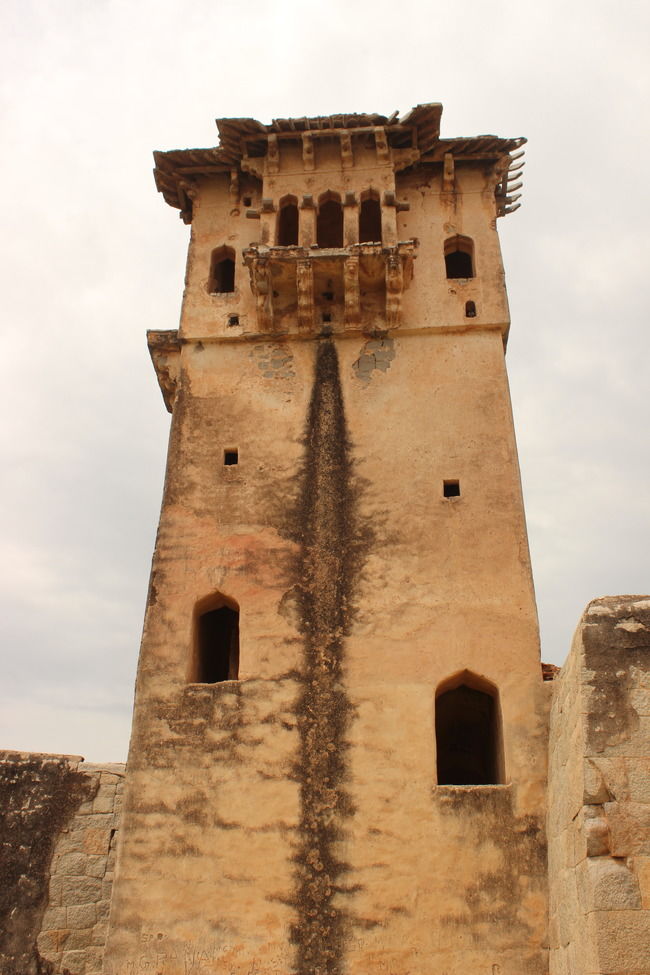 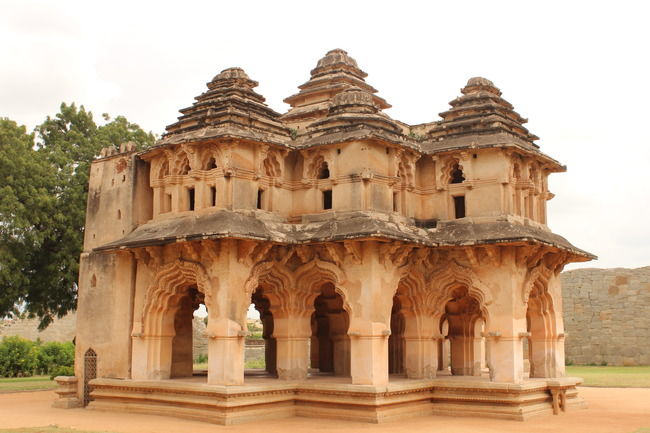 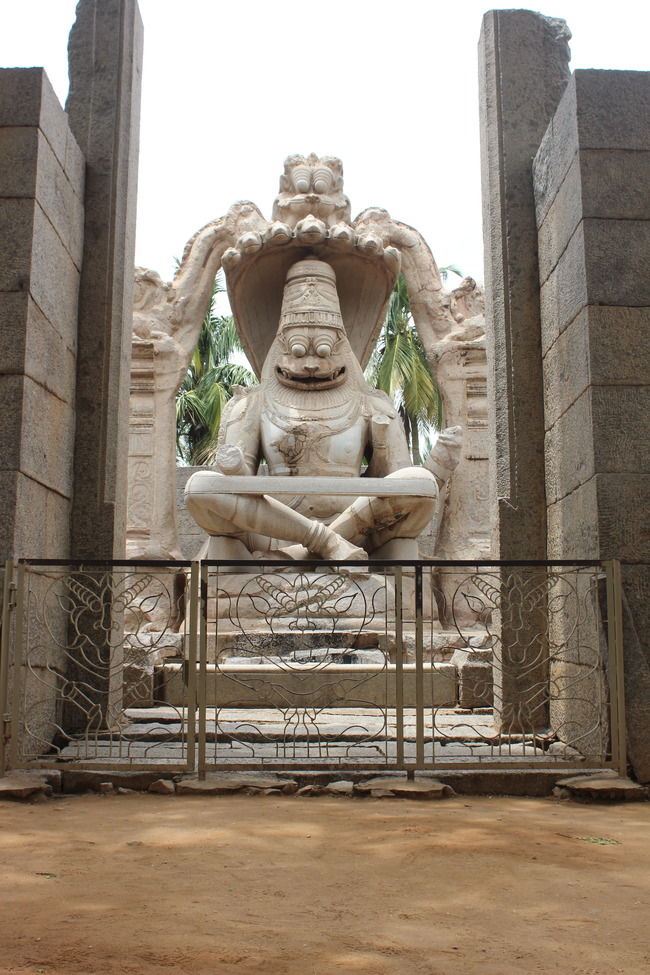