Yemen: A Guide to an Unexplored & Untouched Country

“Travel is fatal to prejudice, bigotry, and narrow-mindedness, and many of our people need it sorely on these accounts. Broad, wholesome, charitable views of men and things cannot be acquired by vegetating in one little corner of the earth all one's lifetime.”

I couldn't get these beautiful words of Mark Twain out of my head while I was in Yemen. It is not the destination that will find a place on your bucket list. Yemen isn't a traveler's darling. It is more of a stepchild, with most tourists avoiding it. That is a shame, really. This second largest country in the Arabian Peninsula has so much to offer but no one to receive it. Settled cozily in between two continents, Yemen is rooted deeply in mythology, history and culture. Ancient Arabian legends adorn this country, its capital and the largest city, Sana'a has ruins of its past, and the local tribes with their ethnic culture are spread across the hills. Yemen is mystic and enchanting- a page out of The Arabian Nights. Sana'a is credited as being one of the oldest cities of the world and Yemen as being a torchbearer for early civilization in the east. A lot of Islamic history is widely evident in Yemen as it holds a status of being a traditional Islamic country. Surrounded by the Red Sea and the Gulf Of Eden it has its due share of breath taking sights.

With so much within its boundaries, tourists still remain largely oblivious to Yemen. Travelers scare away from Yemen perceiving it to be unsafe. In fact, most official western websites forbid their citizens from venturing into Yemen for safety reasons. But, that is where traveling becomes interesting. It offers a challenge. It allows you to take certain risks. And, in Yemen, it might all seem worth it. Yemen is one of the least developed countries. It is unknown, unexplored and untouched. Its population lives in a rustic set up and still operates according to the ancient tribal systems. It's marvelous coffee plantations and mosques with splendid architecture are a wonder to behold. Most, the Yemeni culture is unlike any other in the world. Yemen is a completely new experience for any traveler.

Now, for the age old question- is it safe to travel there? As mentioned before, most government website have a travel alert, warning tourists to stay away. I am not claiming that Yemen is the safest country. It has its fair share of issues. But, as it is with every country certain precautions are necessary. The locals are very warm and will help you in every way, until you don't offend their culture and way of life. As a traveler, be aware of their sensibilities and try not hurting anybody. My advice is read up about the country a bit, understand the people and the culture and you should be fine. (Also, get to learn some basic Arabic words and sentences. It will help you a lot.)

Here are some of my recommendations for places to see in Yemen. It is largely unexplored, so this itinerary might just be the tip of an iceberg. I hope in the future more people dare to travel to places such as these, and realize that they aren't so bad after all. Prejudice and fear keeps us away from quite a lot of beauty.

HotelsMap
Just like churches speak in the Vatican, Yemen speaks through its mosques. The Al-saleh mosque boasts of being the largest and the most architecturally well-built modern mosque of Sana'a. Named after the Yemeni President who built it in 2008, the proposal of this mosque received a lot of flak due to the amount spent on it. But, once it was built, it quickly rose to become a jewel in Yemen, lighting up the night sky. It remains to be a popular tourist spot due to its awe inspiring design and beauty. This mosque is symbolic of the country's potential for modern development. 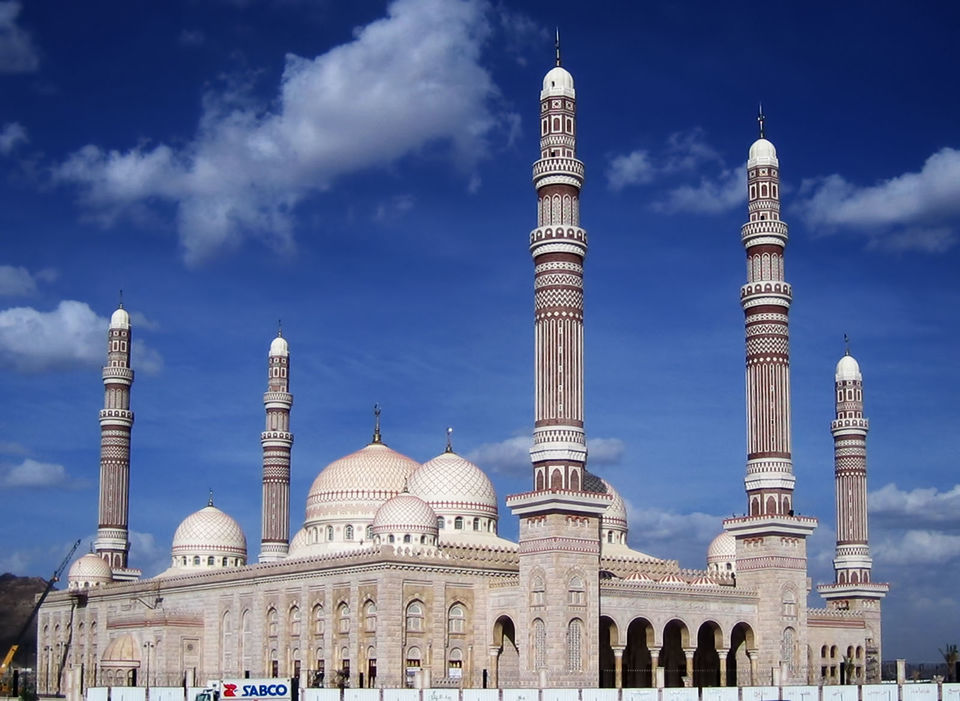 HotelsMap
This four-storey building contains around 30,000 antiquities from Yemeni history. Located in Al-Tahreer, the city center of Sana'a, this museum has collected archaeological artifacts from all over the country. It contains various artifacts from the Yemeni Imam era and provides a great learning experience about the country's little known past. 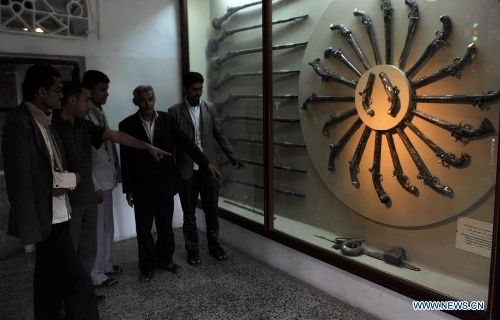 HotelsMap
Dating back to the 2nd century A.D, this little town is a UNESCO World heritage site. Also, called as the "Manhattan of the desert", Shibam is known for its town planning that dates back to centuries and mud houses that stand tall as skyscrapers even today. The timeless charm of Shibam coupled with its urban life has made it one of the World's wonders (listed by BBC). Adorned with 500 mud towers built in around 16th century, Shibam is an excellent way to peek into the culture of the past era. 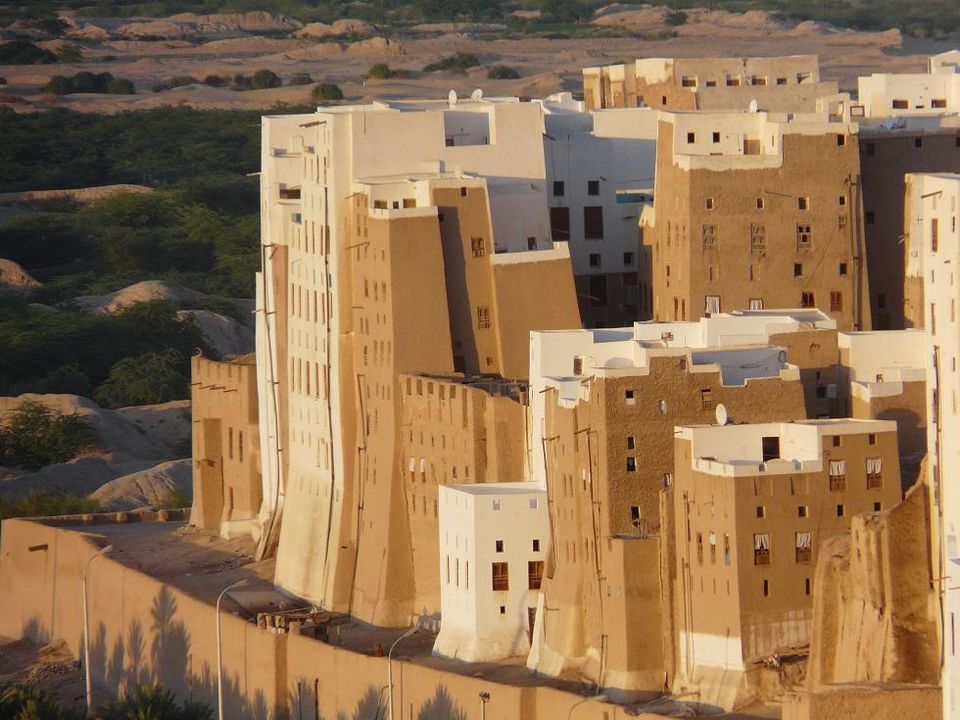 HotelsMap
Zabid is another ancient city and UNESCO world heritage site that brings forth Yemen's past. It was the ancient capital of Yemen from the 13th to the 15th century and an important trade destination for the Arab world. Zabid has around 63 mosques that have historical significance. It is also the capital of Islamic education with the famous University of Zabid here. This city is known for its architectural heritage with mud building up. 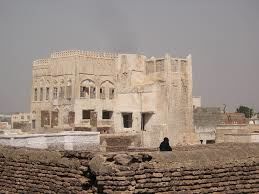 HotelsMap
Lined with the beautiful Red Sea, Yemen has its own share of beautiful beaches. Al Khawkah is one of the beaches and coastal villages of Yemen. Its long shore lined with palm trees is a great place to cool down in the hot summers of Yemen. The great view of the Red Sea is an added bonus. 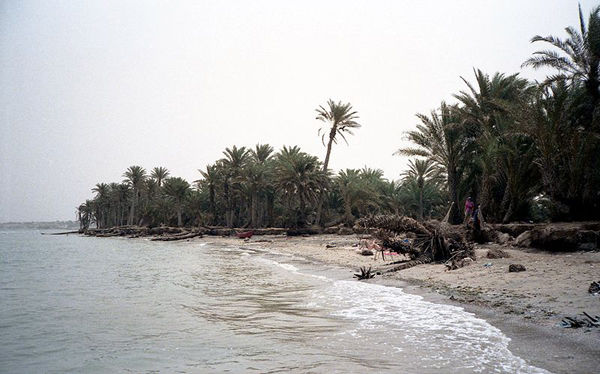 HotelsMap
This mystery island is often compared to various fictitious and magical places. Also, known as "the lost world" , this place is recognized by the UNESCO as a natural heritage site. Archaeologists had found a lost city probably dating back to the 2nd century on this island. Most of this island remains unexplored and whatever has been seen has revealed some astonishing species of flora and fauna, some of which is unique to this island only. Located in the Gulf of Aden, this island is often held to be the "Garden of Eden." The place is beautiful with pebbled beaches, caves and waters that provide a great opportunity for adventure. 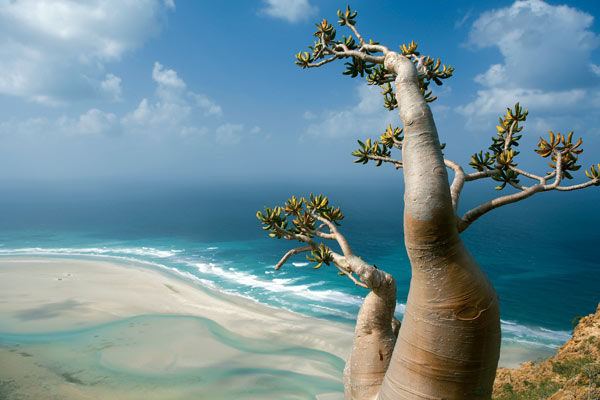