How many of you have remembered the climax of Three Idiot movie? That scene was captured in the location where Amir Khan and Kareena were snogging. For those who are besotted by the awestruck beauty of the spot, the place is located in Ladakh. Situated at 14,000 feet, far away in barren land, Pangong Tso is one of the largest and highest brackish lakes in the world. The crystal clear blue water shines over an area of 100 km across the borders of two countries India and China.

Pangong Lake is considered as a clear symbol of nature craftsmanship and sometimes it is considered by the name of hollow lake. Different effects of light from lake can be seen since brackish water plays with broad sunlight. This is geographically a separate land locked river basin and not a part of Indus river. It will take 6 hours to reach Pangong lake from Leh city through the second Highest motorable pass Chang La, situated at 17,700 feet. Chang La is one of the finest places to witness snow during winter and presumed to be having low pressure and less oxygen to breath.

A large number of tourists visits pangong lake during summer to experience the enthralling view but very few stay overnight for further adventure. There is no proper facility for stay except a big tent and Mother Nature! Sometimes, people might find difficult to breath because of less oxygen and low pressure. Ahead of all difficulties, we decided to stay overnight till sunrise on next day.

After few hours, sun was about to set near the horizon and alluring shadows added another feather of beauty to the lake. It was awestruck moment to experience them though cold air was hitting hard. A bowl of hot Thupka was served for dinner to regain our energy and started to experiment star trail in such cold night. For the moment, milkyway galaxy was noticed near north horizon and it was slowly diminished while moon was peeking out and dominated its light. We were excited, thrilled and exhilarated, could not find better words to describe them since both milky way and moon were sighted at the same time! We conceded ourselves to Nature since cold storm had nipped us and left the place after two hours intense exploration in midnight.

Eye Catching blue sky prevailed in outside of our tent which indicated the sign of sun rise and it was tranquil, cold and the most spectacular. I lost in my thoughts, my mind was empty and I felt like reaching the dangerous level of freedom at the moment when a bunch of brown headed gulls was hovering around the lake in dawn on a cold and frosty morning. Sky was changing its color swiftly, clouds started to hover around the lake and the calm atmosphere turned into windy. Finally, Sun was peeked through distant mountain and golden rays were penetrating all over the lake which lasted for few seconds. The series of pictures depict the different atmosphere in Pangong Lake.

Hotel Stay: There is no hotel to stay but tent is the option.

Food: Some homemade food is available and its inexpensive. 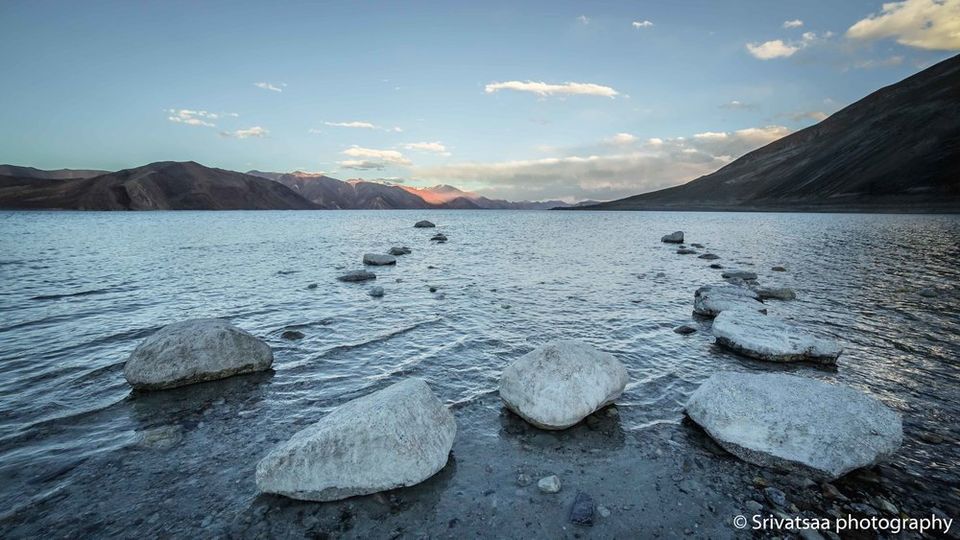 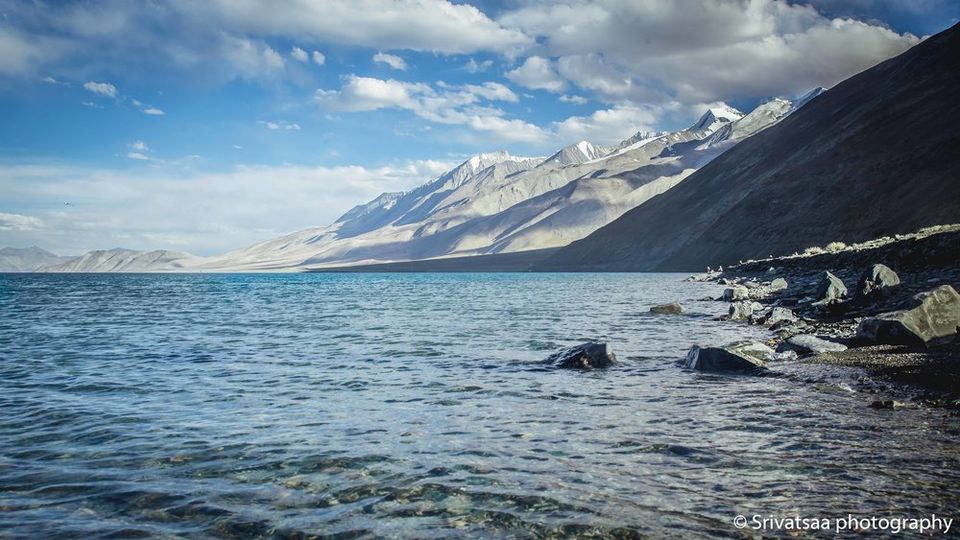 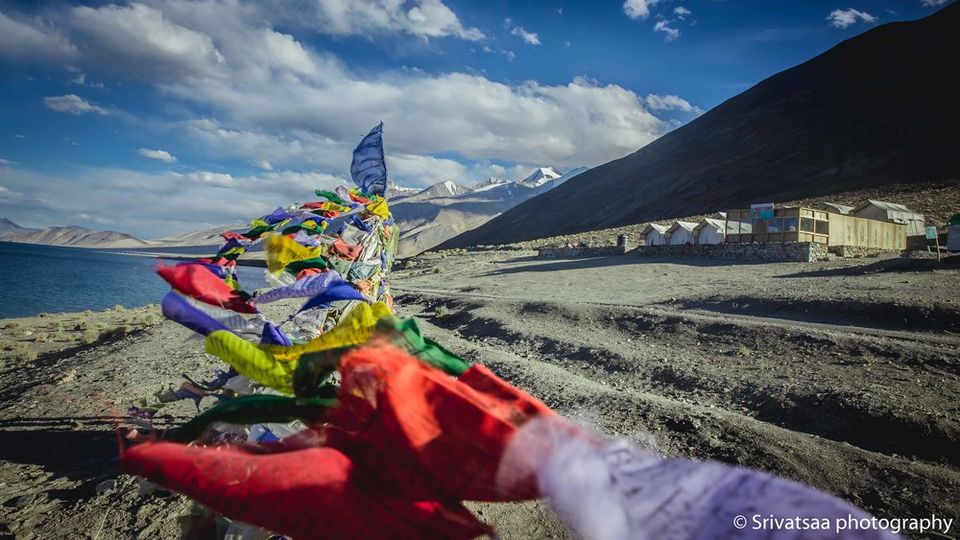 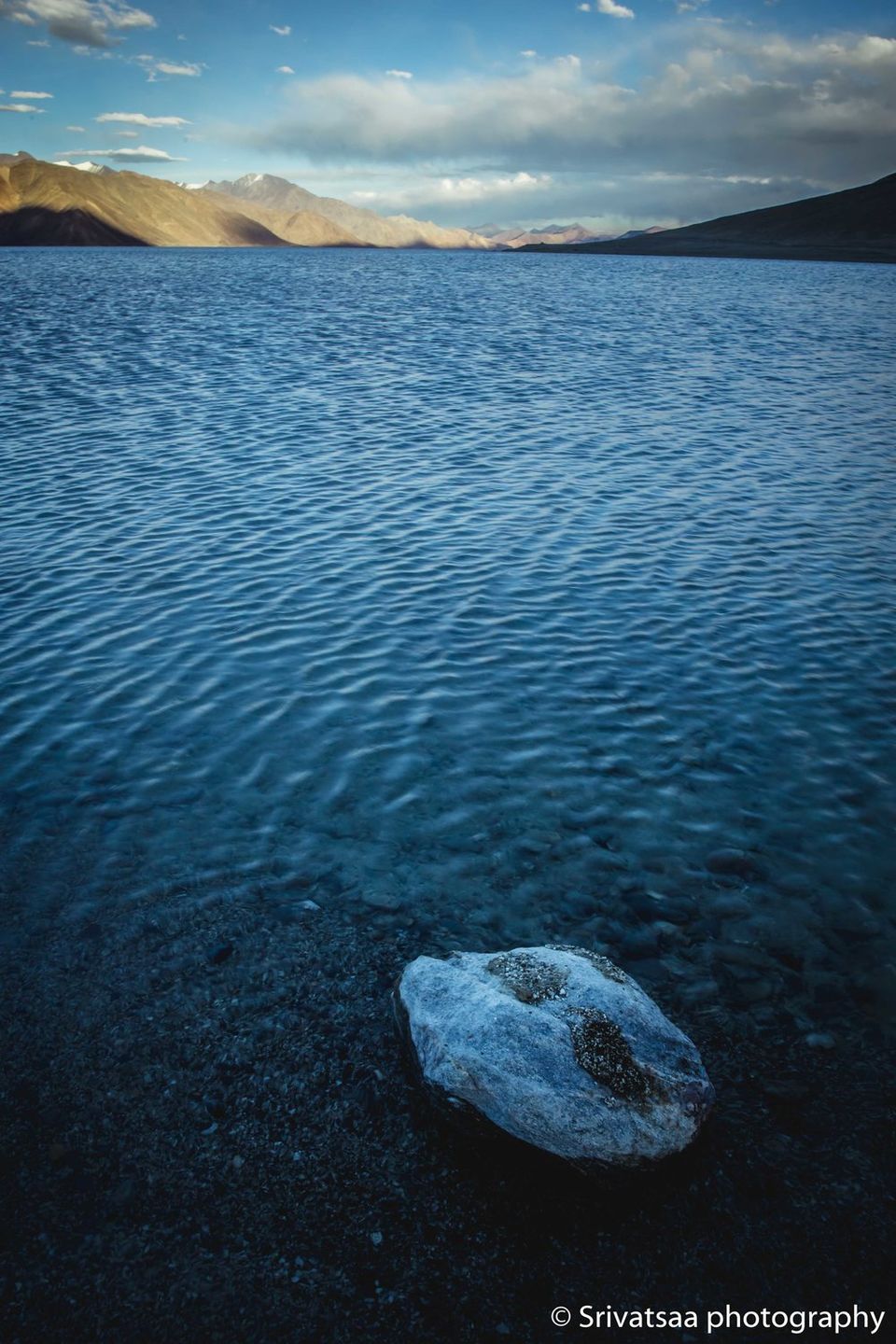 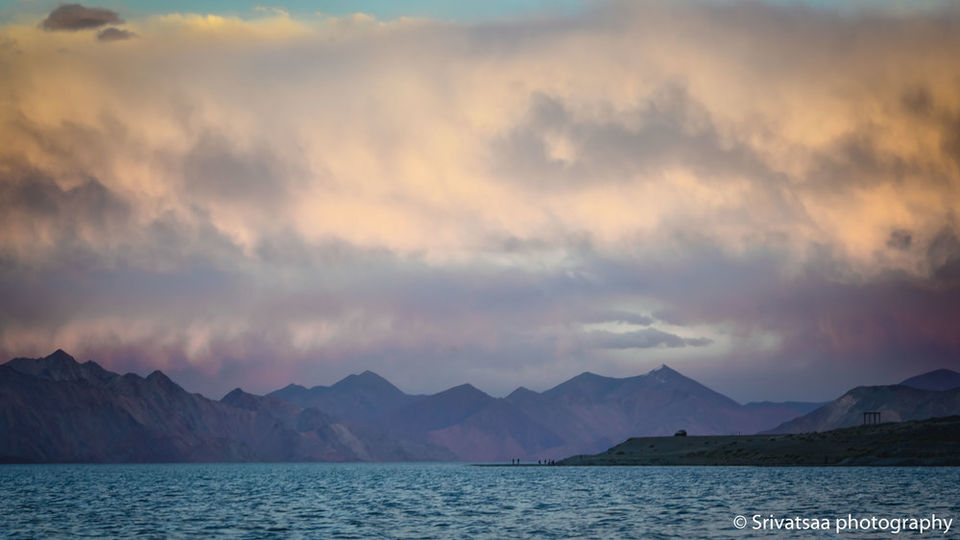 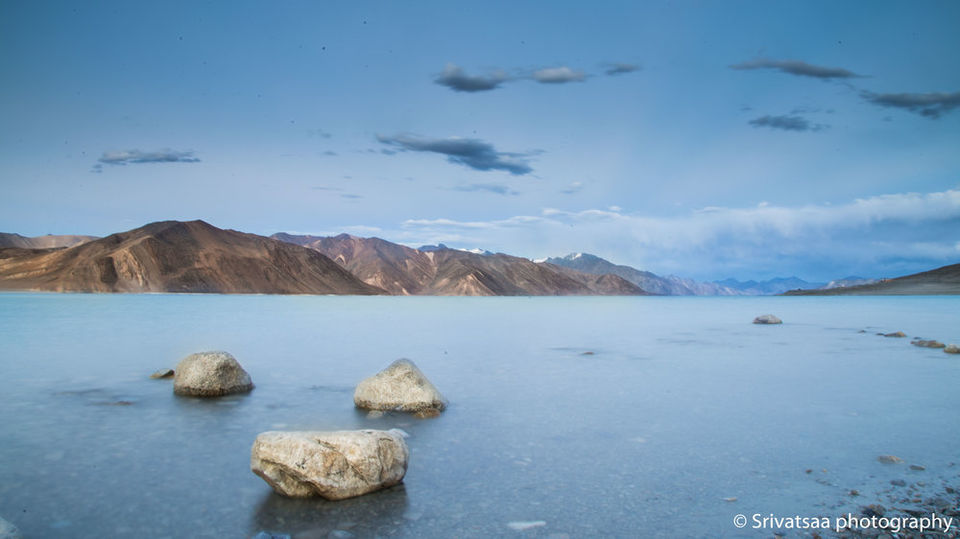 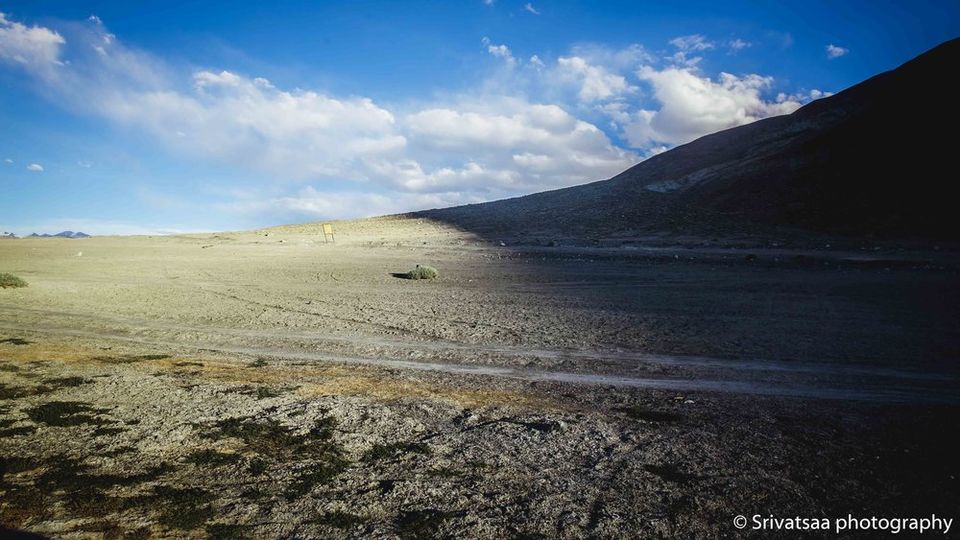 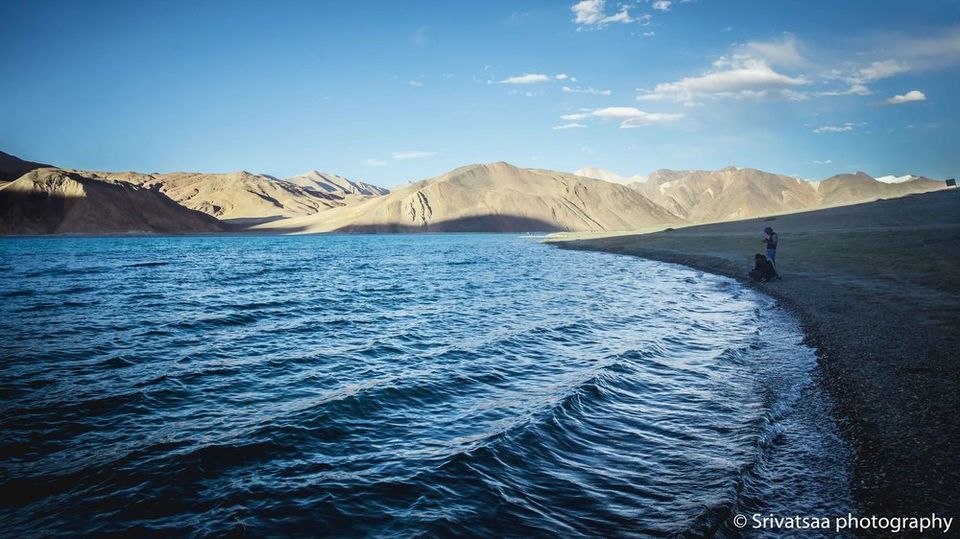 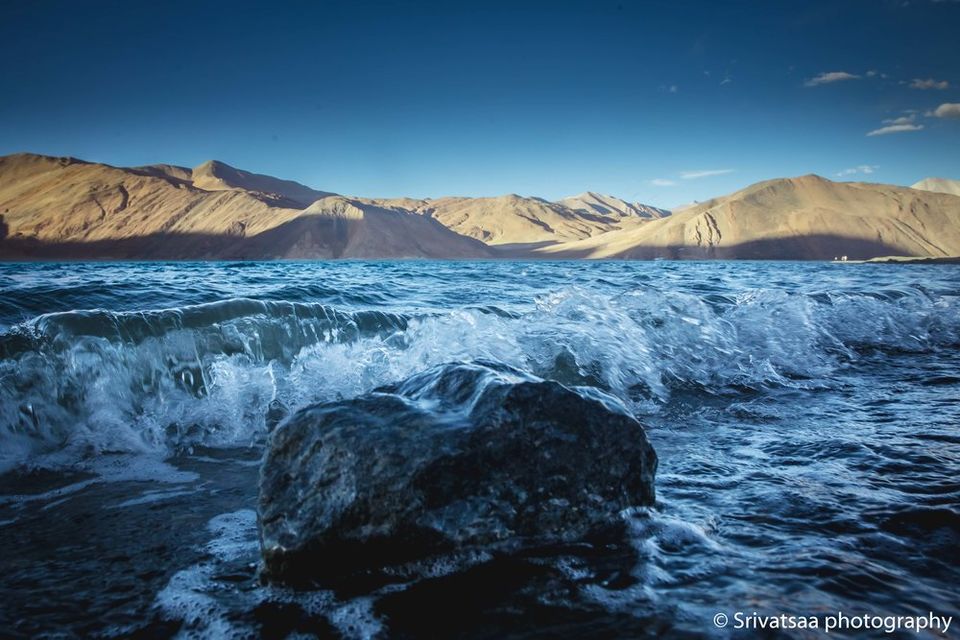 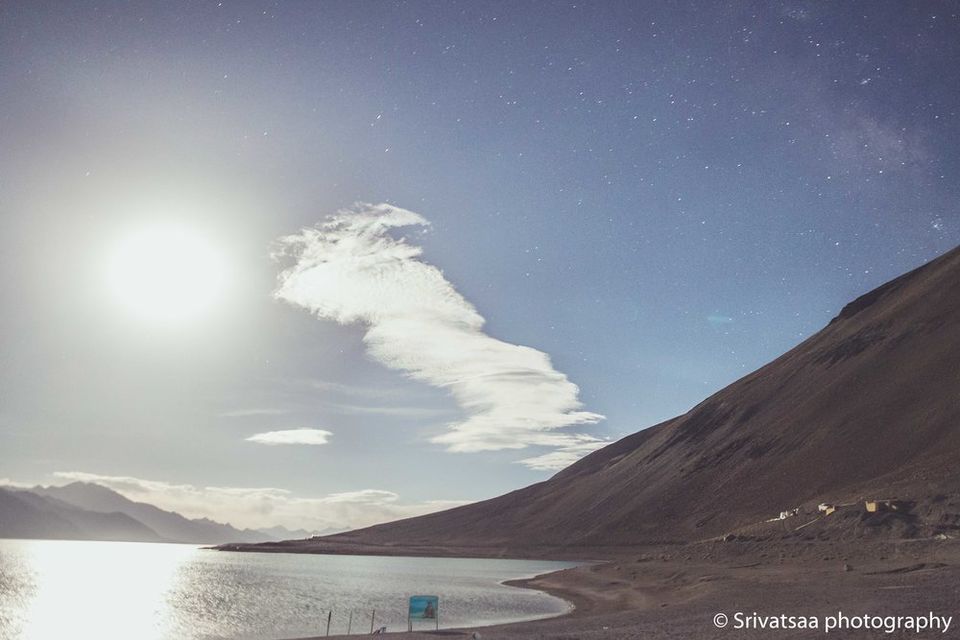 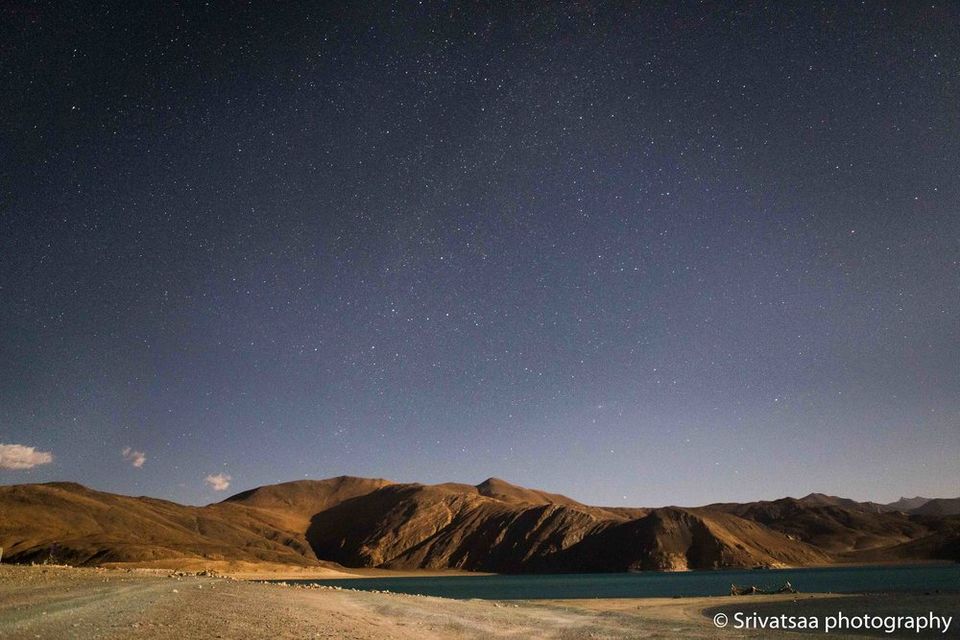 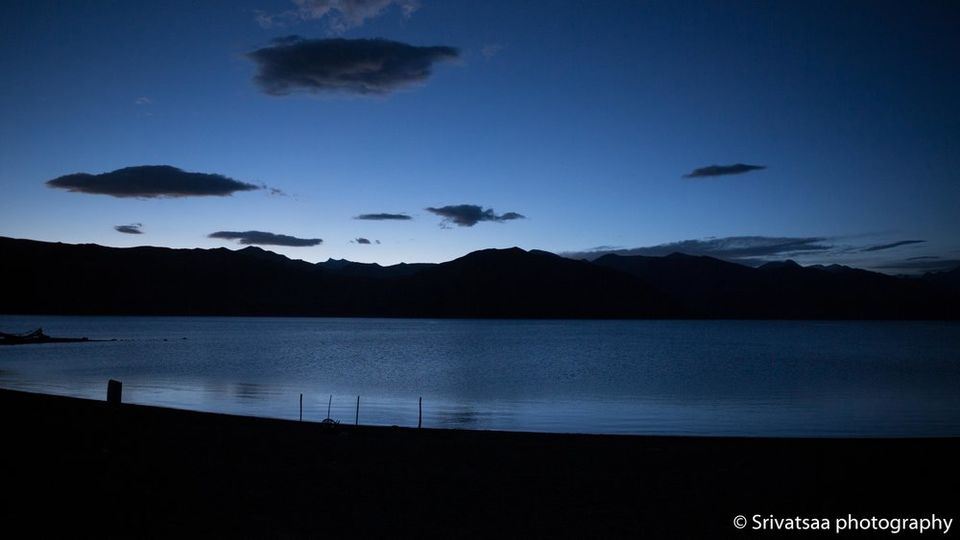 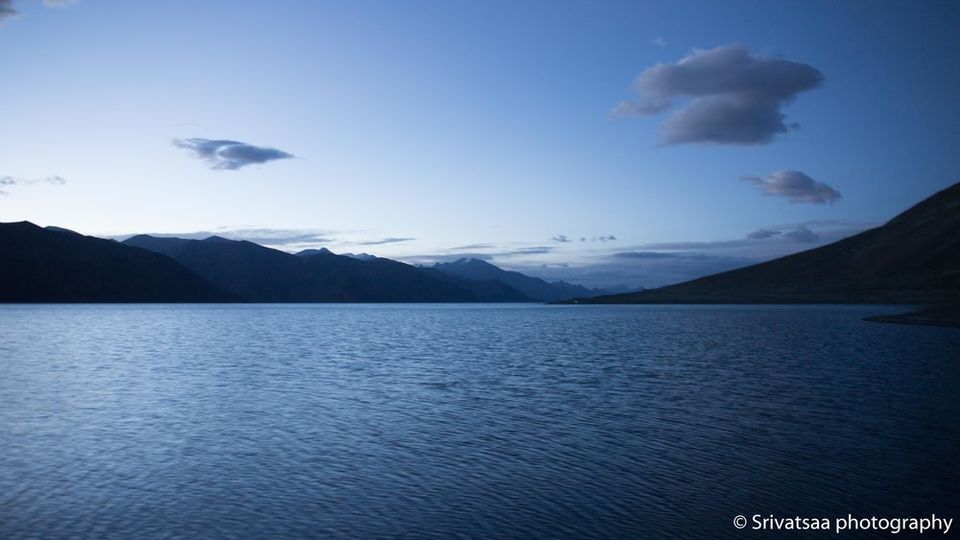 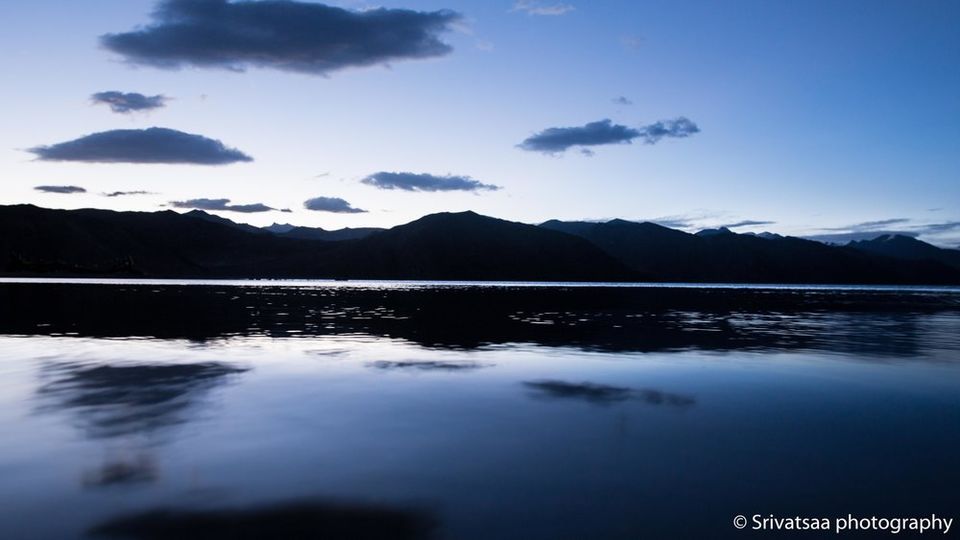 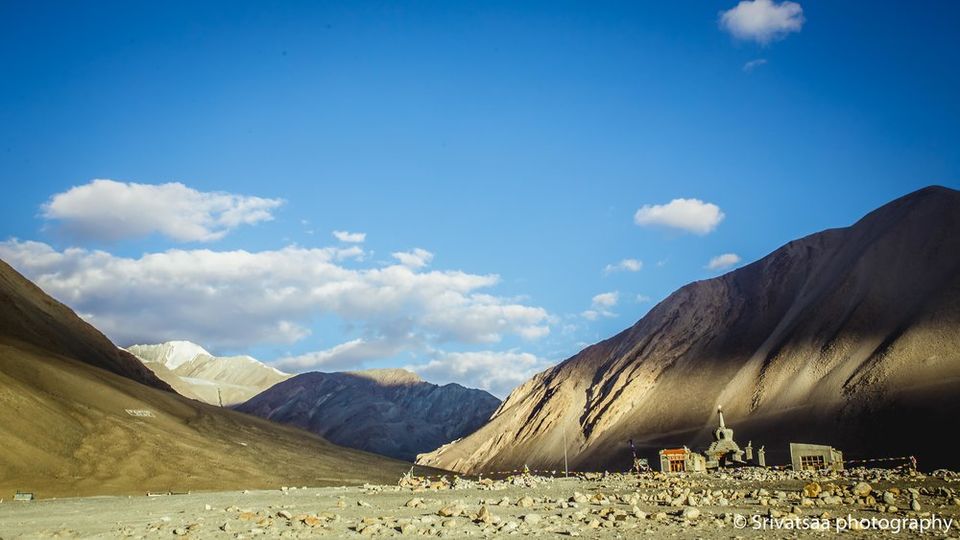 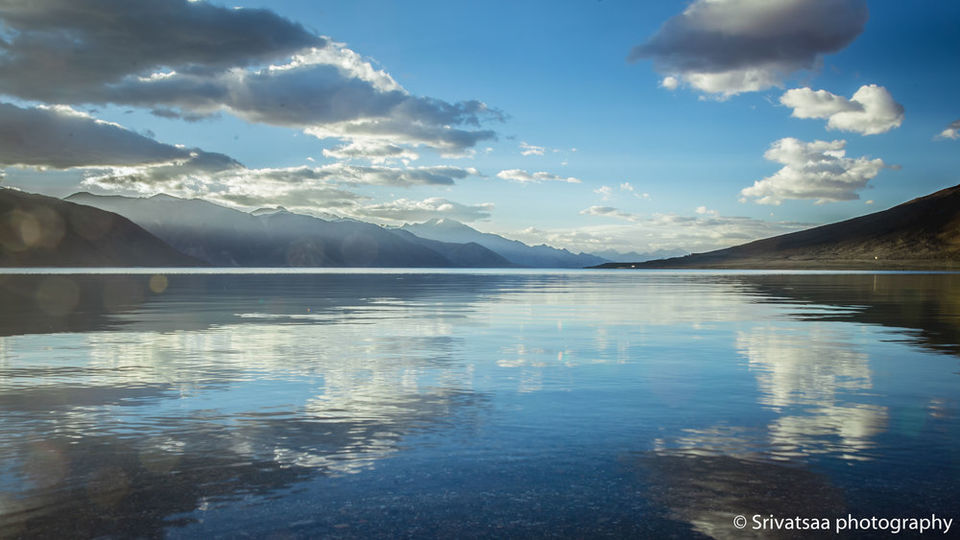 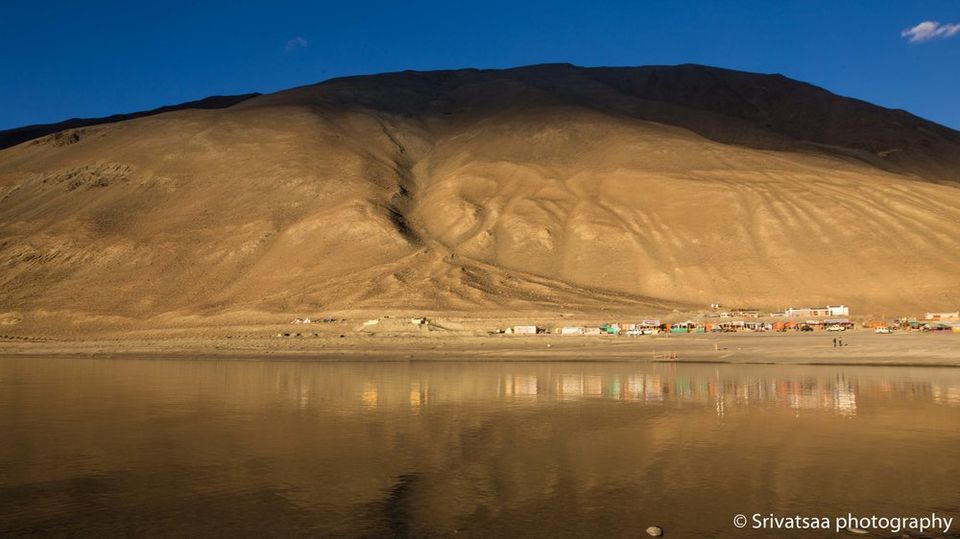 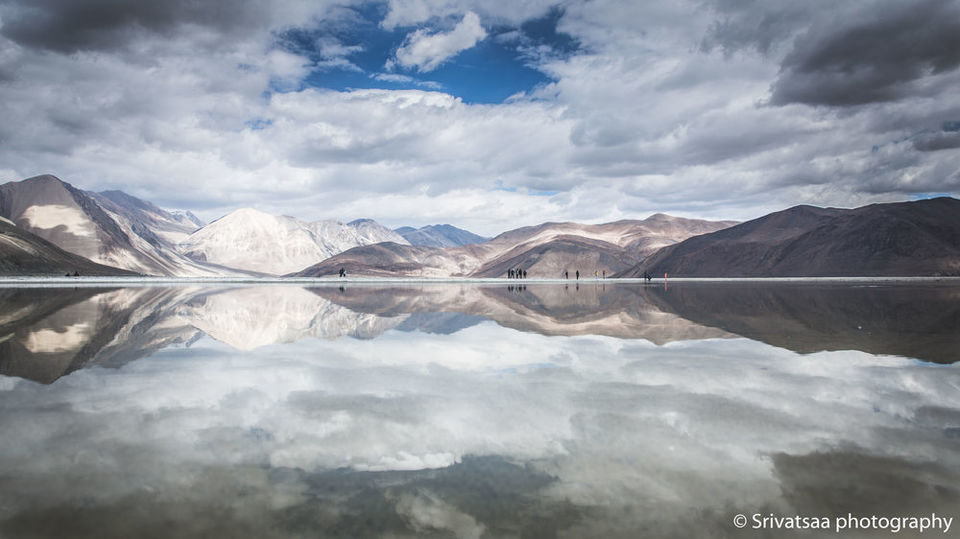 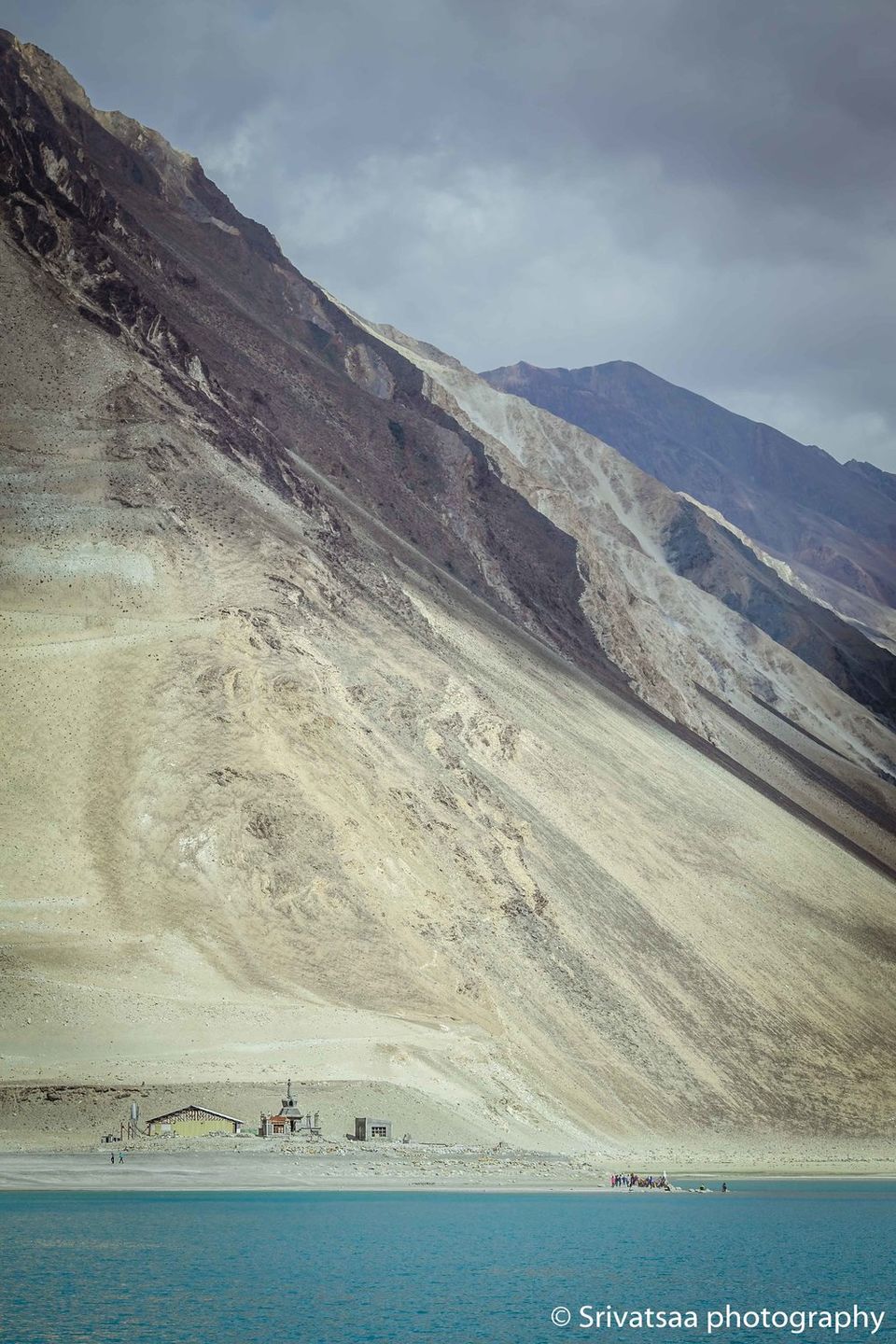