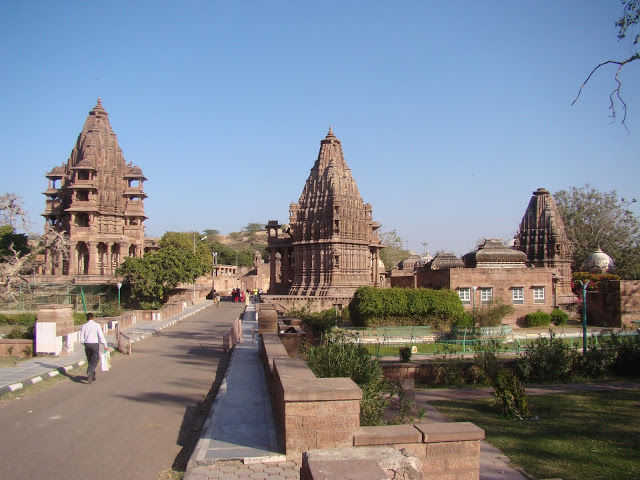 Away from the main city of Jodhpur, lies the neglected beauty of an era; the Mandore Gardens, often known as the in-laws place of Ravan.

Rao Jodha, the Rajput chief of Rathore clan founded Jodhpur in 1459. As he hailed from the nearby town of Mandore, it served as the capital for rulers of Jodhpur. Later due to security concerns for the majestic Mehrangarh Fort, the town was abandoned. The history of Mandore dates back to the 6th century. It is also the native place of Mandodari, Ravan's wife. Our auto driver thus introduced us to Mandore as Ravan's sasural.

The small town has cluster of temples and cenotaphs of former rulers. (A cenotaph is an "empty tomb" or a monument erected in honor of a person/people whose remains are elsewhere). Most of the architecture is inspired from the Hindu or Rajput era. Instead of the traditional Rajasthani umbrella shape roof (chattar), these structures have been built with temple shape roofs. Each structure has beautiful carvings on walls inside and outside, decorated entrance, exquisite statues and many of them are up to 4 storey high. You ought to get smitten with the place's beauty and cant stop from exclaiming how fantastic it is!

The fact that the place is ruined now, is the reason Mandore does not get much tourist attention. An easily missed place in Jodhpur, the bygone magnificence needs immediate restoration and protection to hold its head high as the pride of Jodhpur.

This is a beautiful three storey pillar built in red stone. It was constructed in the reign of Maharaja Ajit Singh (1707-1724). It was believed to be a watch tower to keep an eye on the areas around. The construction with bird's eyes view window prove the same. 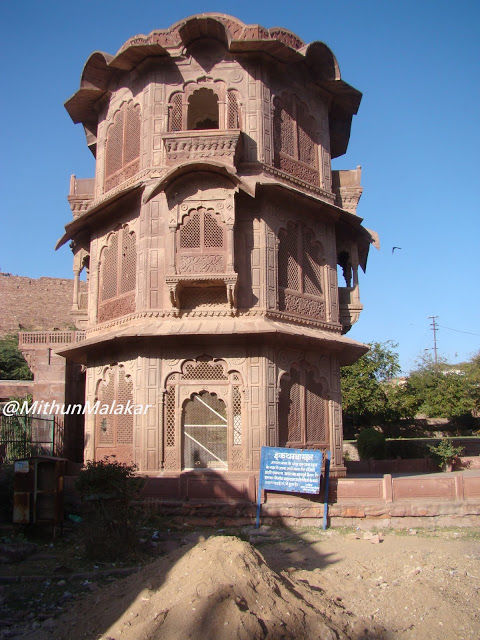 The entry to the mahal is closed to public for security reasons. Bordering along the corners of the garden, Ek Thamba Mahal instantly got my attention. (Photo credit: Mithun Malakar)

The Temple of 33 Crore Gods- 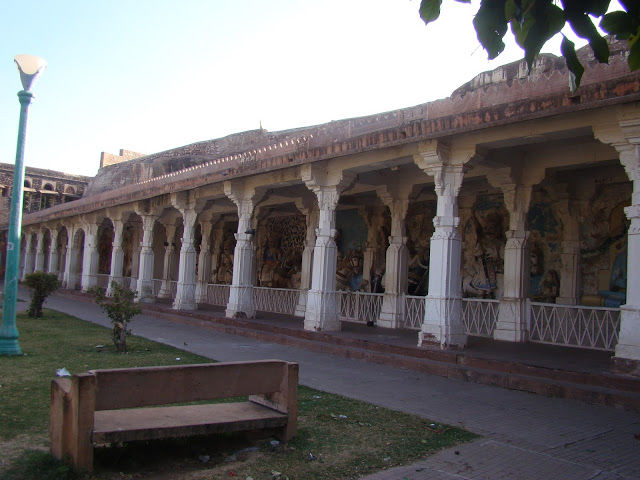 The structure has statues of 33 crore Hindu gods and goddesses. Obviously you lose count after few. However this temple holds its prominence as the only place to house all 33 crore deities under a single roof. Somebody deeply involved with religious thoughts can take a spiritual plunge while taking a round of the place. We witnessed a marriage ritual there. What better place than this temple to seek blessings from all gods in one go!

Things that are delightful-

- Free entry to the park. 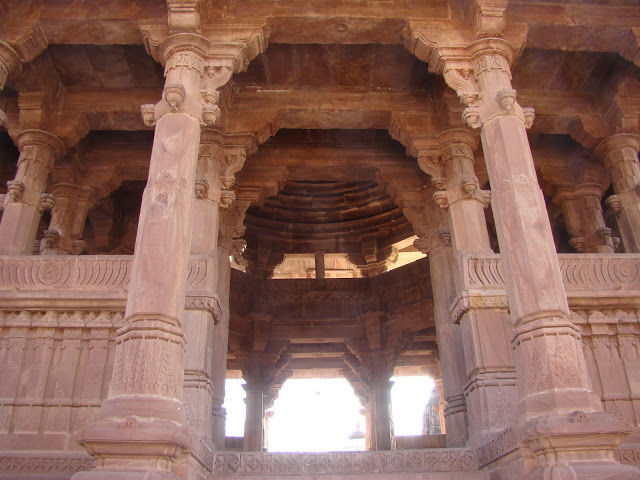 - Rich religious and cultural heritage you want to peak into. After all it was the capital of the kings of Jodhpur. Fantastically, extravagantly ravishing it is! 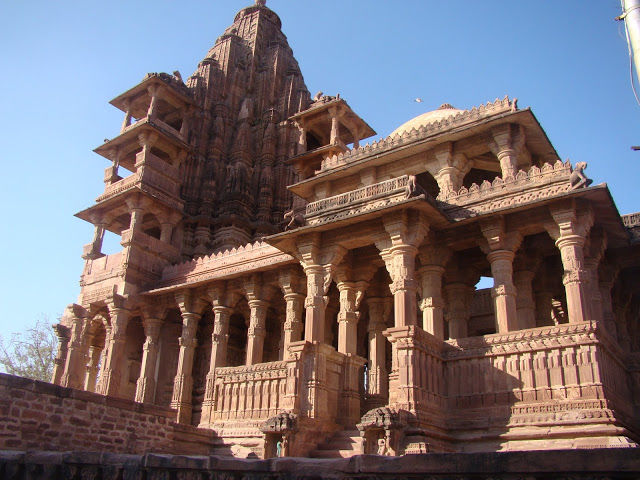 -Great place for photography and history enthusiasts. Remember it was connected to Ravan? Intricate art and designs of the clustered structures are serenely enticing. And that’s how its very relevant to exclaim #Fantastico! 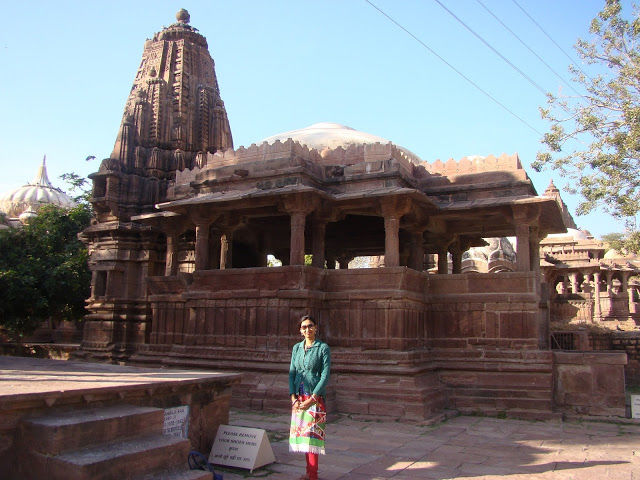 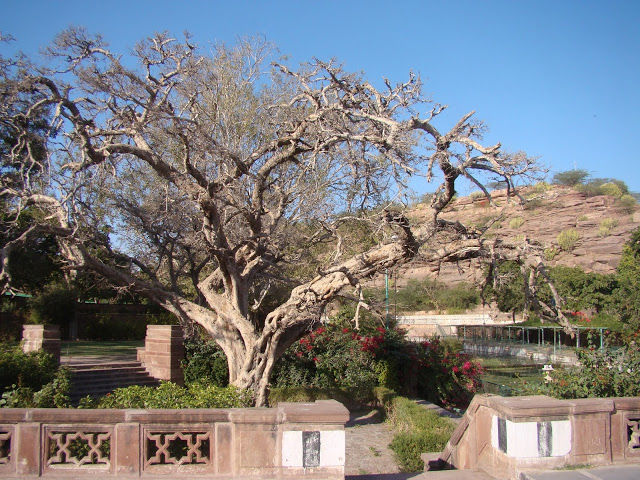 -Lot of natural beauty with botanical plants and colorful bloom of flowers soothes your senses. A good place to spend time with your own self. 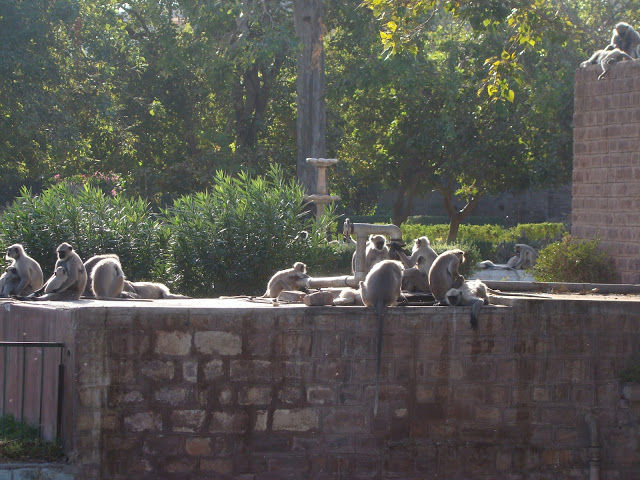 -Herds of Langur flock the whole garden. Though harmless most of the times, your senses are on full alert with so many primates around. Advised – be calm and quiet to avoid disturbing or upsetting them. Careful, it’s a large large herd!

-Untidy and littered. People (usually locals) come to walk or picnic and litter the place. Several people feed langur, in-spite of the warning signs within the premises and hence the place is full of garbage.

-No maintenance of the premises or monuments by the authorities. The architectural master pieces lie in ruins; dust and cobwebs with walls withering away. The park is half encroached by locals, bordering along the perimeter of the whole area.

The temples/cenotaphs of the medieval age are the only saving grace which make a beautiful platform for photography.

How to reach- Mandore Garden is fourteen kilometers from the north of Jodhpur city. It is easy to commute if you have your own vehicle, else very difficult to reach. Auto drivers charge exorbitantly high. Local buses are available otherwise.