Pattaya Travel GuidePattaya TripsA Guide To The Highlights Of Thailand

A Guide to the Highlights of Thailand

In the beginning there was Alex Garland. His cult book about backpackers in Thailand, The Beach, was published in 1996 and later made into a movie by Danny Boyle. To me, Thailand was Richard's paradise and when I finally reached the white sands and blue seas of Pattaya, I was not disappointed. What followed were seven gloriously warm days with the October sun tanning our backs and the spicy tang of Tom Yum Goong flavouring our tongues.

After touch down at the Bangkok Airport, we head to Pattaya, the quintessential beach town of Thailand. The first night is spent in absorbing the sights of the main city, replete with light and colour. It is a twenty-minute boat ride from the city centre to the beach with countless detours in between.

Bangkok, like most other major cities in South-East Asia, is very clean, modern and organized almost to the point of being clinical. Don't let that put you off, though. There is a lot more to this city than its army of sky-searing buildings.

Our final destination was Safari World at Bangkok. Home to dolphins, seals, chameleons and countless colorful, tropical birds, Safari World is a major crowd-puller for tourist families with young children. There are shows at regular intervals where the agile animals perform complicated tasks with great dexterity. The 'safari' is a jeep-ride through an artificial zone which houses lions, tigers, zebras, giraffes, elephants and many different varieties of deer. Visitors are also treated to a sumptious lunch at the end of the visit. 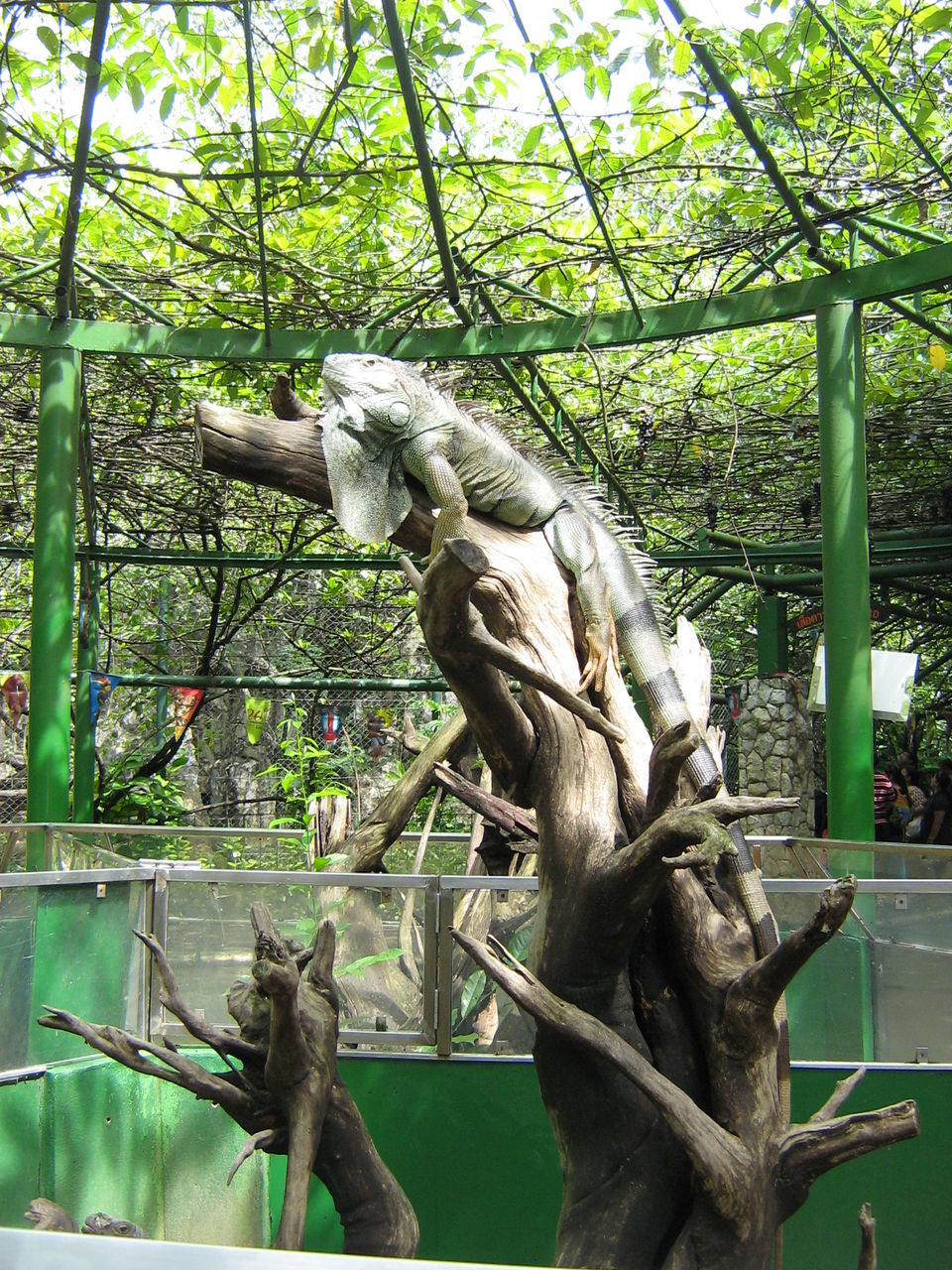 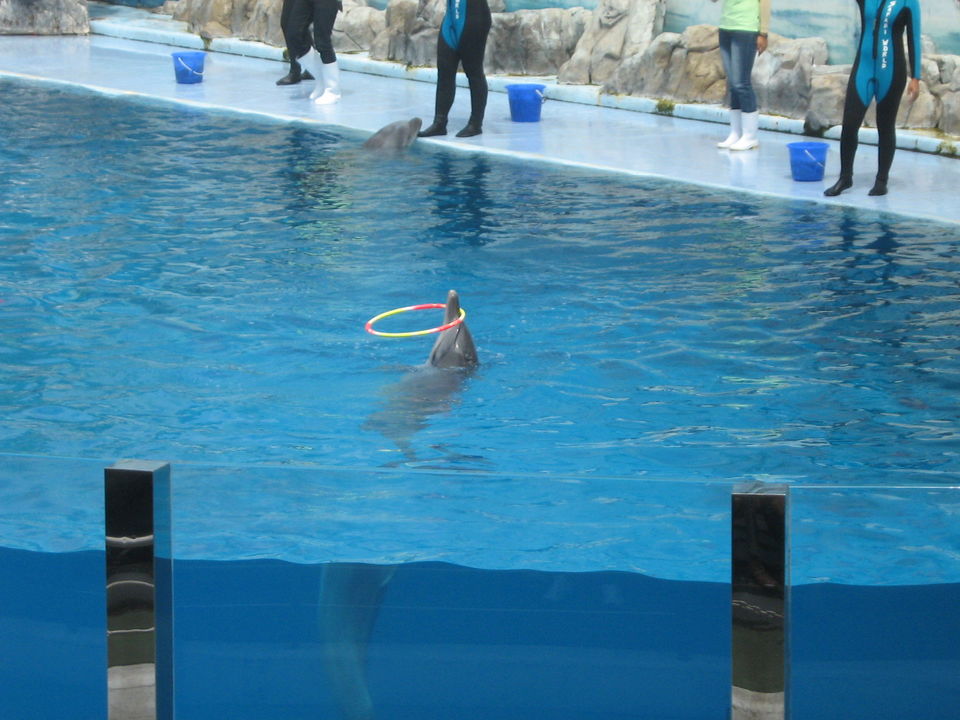 As the morning sun begins to get hotter, we stop over for some diving and later, parasailing. The sky and sea blend into each other and the salty wind is often prickly and soothing at the same time. The charges for diving and parasailing are not exorbitant and the locals are helpful and well-equipped. At the beach, we head to a little shack to book chairs amidst the chatter of other tourists talking in many different languages.

Finally, it is time for some swimming and sunbathing. The beach at Pattaya is a little too crowded for comfort but the pristine shore and the translucent sea are enough to make one feel good. After an hour or two of aquatic enjoyment, we sit down together for a lunch of Tom Yum Goong and seafood. If there is one thing alone that makes a trip to Thailand essential for an Indian, it is the wonderfully balanced taste of Thai recipes.

Spicy enough to match the fury of its Indian counterpart, Thai seafood is also delectably sour and crunchy. As we bite into another prawn or taste another spoonful of soup, we feel the golden day coming to a satisfying end.By night, Pattaya is a deliberately glitzy, slightly larger than life, pulsating, volatile city. There is much laughter, drink and conversation in the air. Groups of young tourists, families and the occasional lone traveller can be spotted in the streets. Everybody is happy, everybody seems to be living it up. One of the common attractions of the town is the local dance show. Colourful costumes and elaborately ornate sets make it quite a dazzler, Traditional Thai dances are alternated between popular themes from across the world. 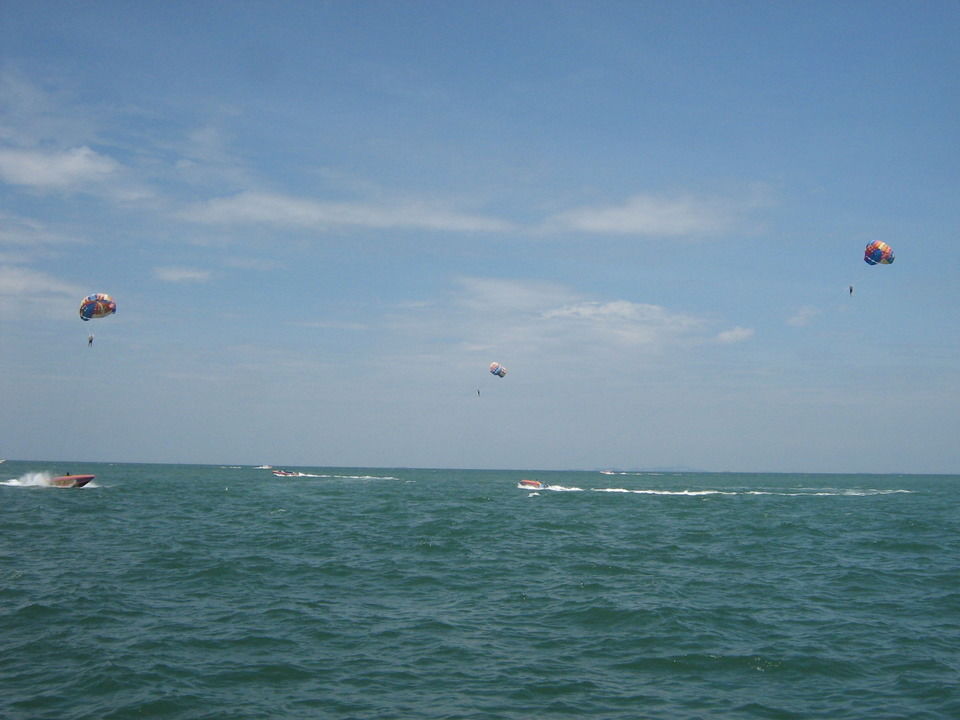 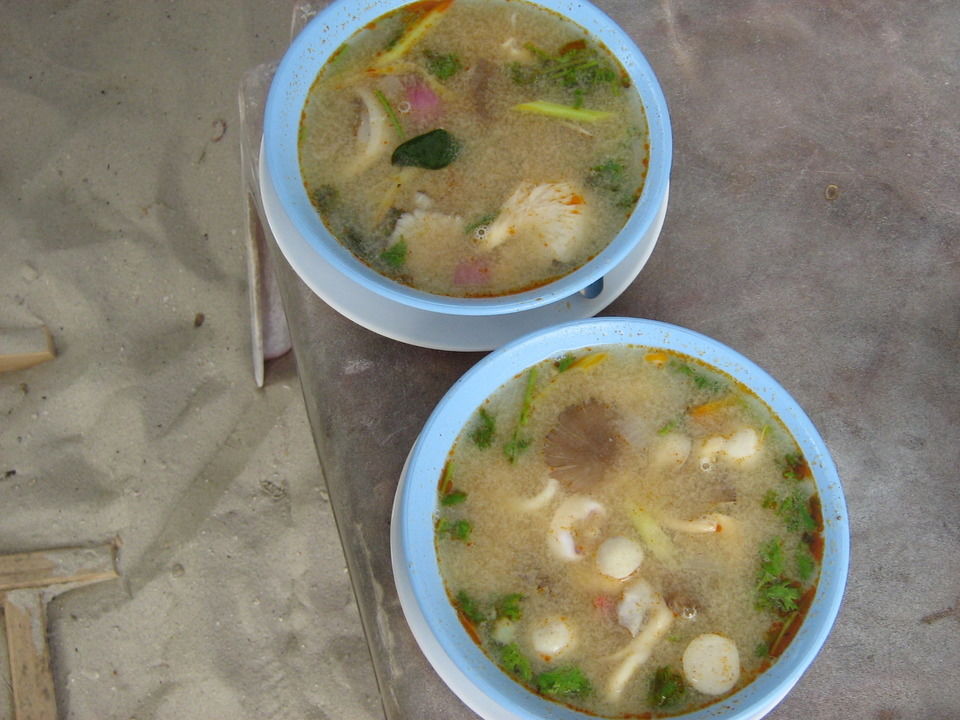 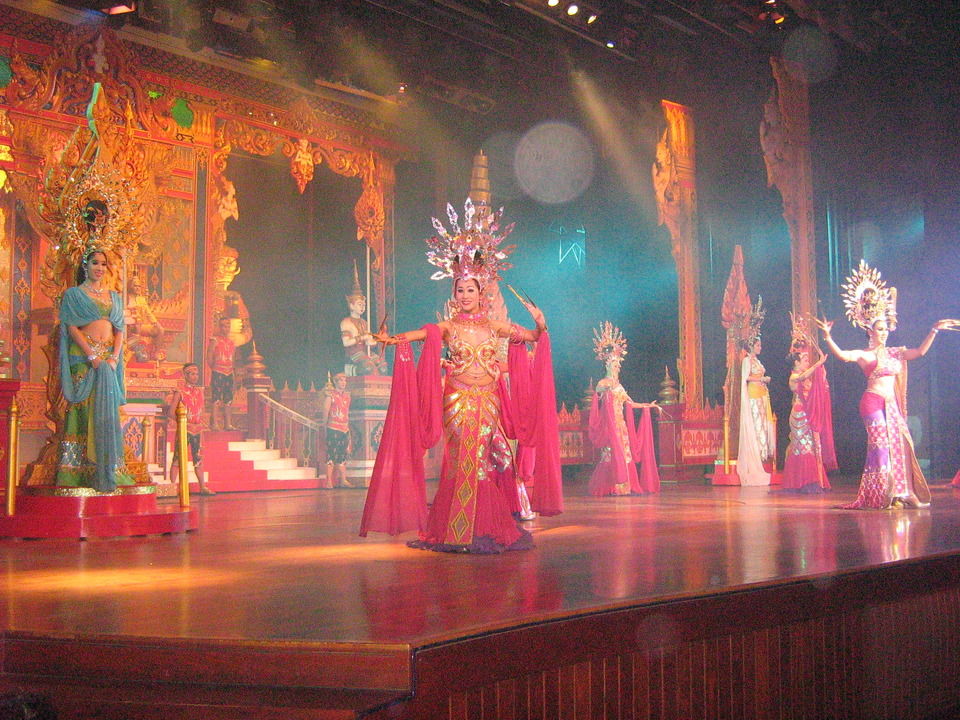 Dotted with Buddhist temples that house different versions of the Buddha, meditative, calm and resting, the city has a quaint charm that can be attributed to the serenity that pervades the noisiest of streets. The one temple that I liked the best is the one with the 'Sleeping Buddha'. Sleeping on a pillow encrusted with gleaming oriental stones, surrounded by painted scenes from his life, the Enlightened One is a picture of divine peace. Outside the temple, are Thai vendors selling everything from the eccentric-looking dragon fruit to puppet monarchs.

The city also has a large number of lapidaries for wealthy tourists looking to buy some authentic jewellery crafted by locals. However, there are also countless small markets comprised of shops selling lanterns, clothes, bags and several small counters for people looking to get pierced or tattooed. Bangkok is a place with a little bit for everyone. 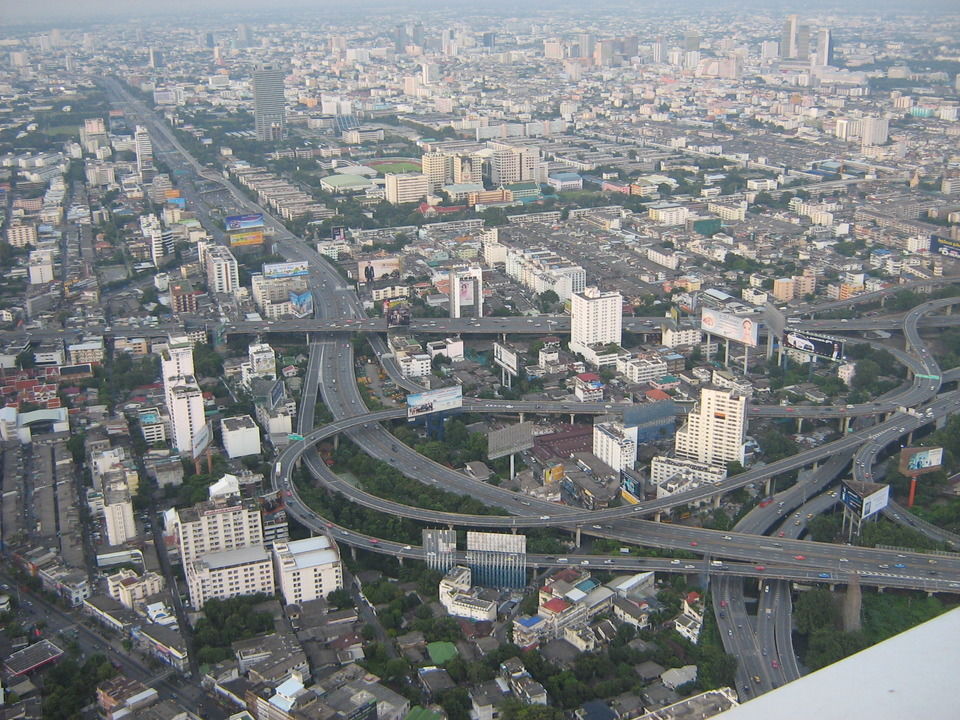 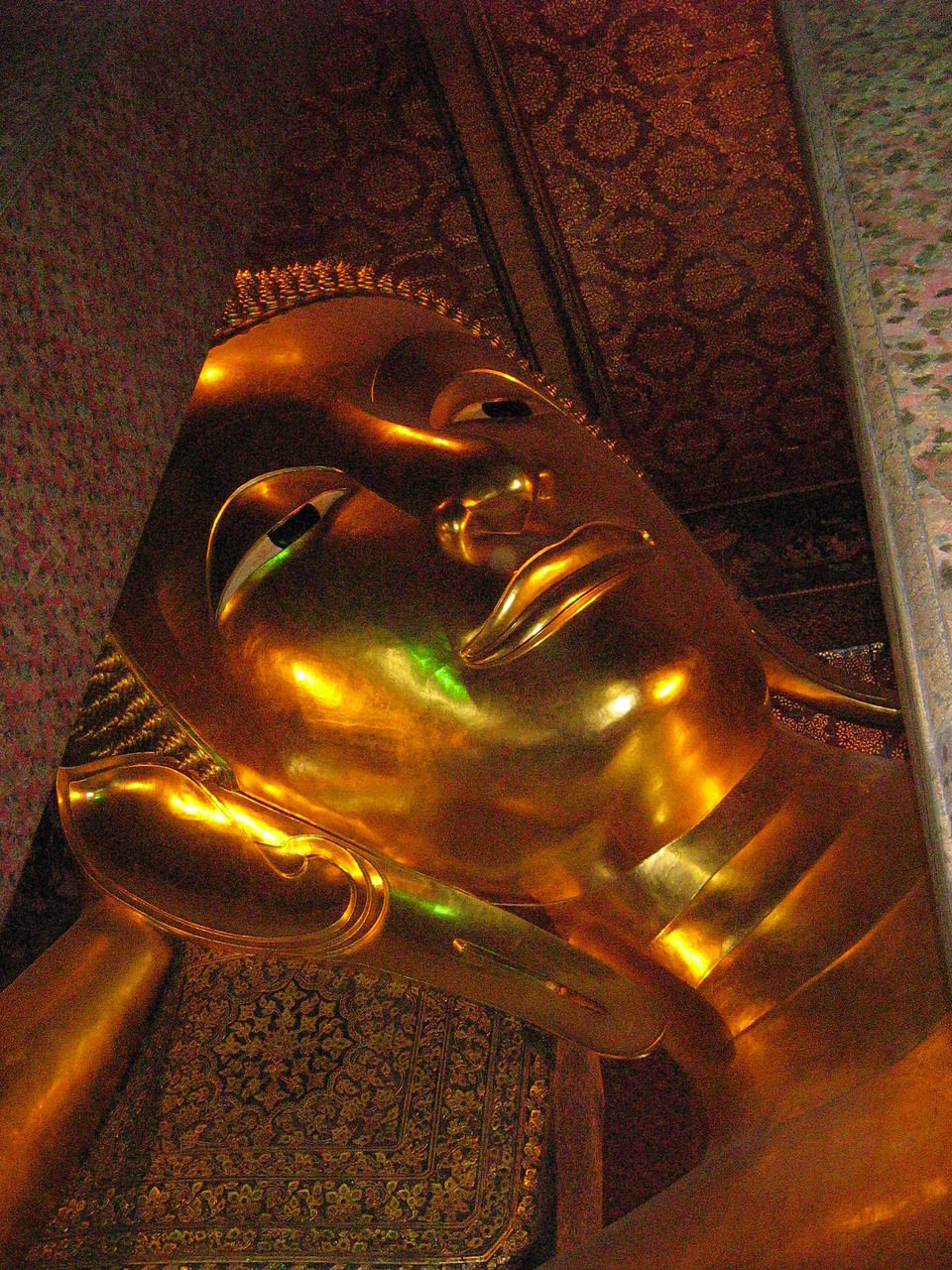 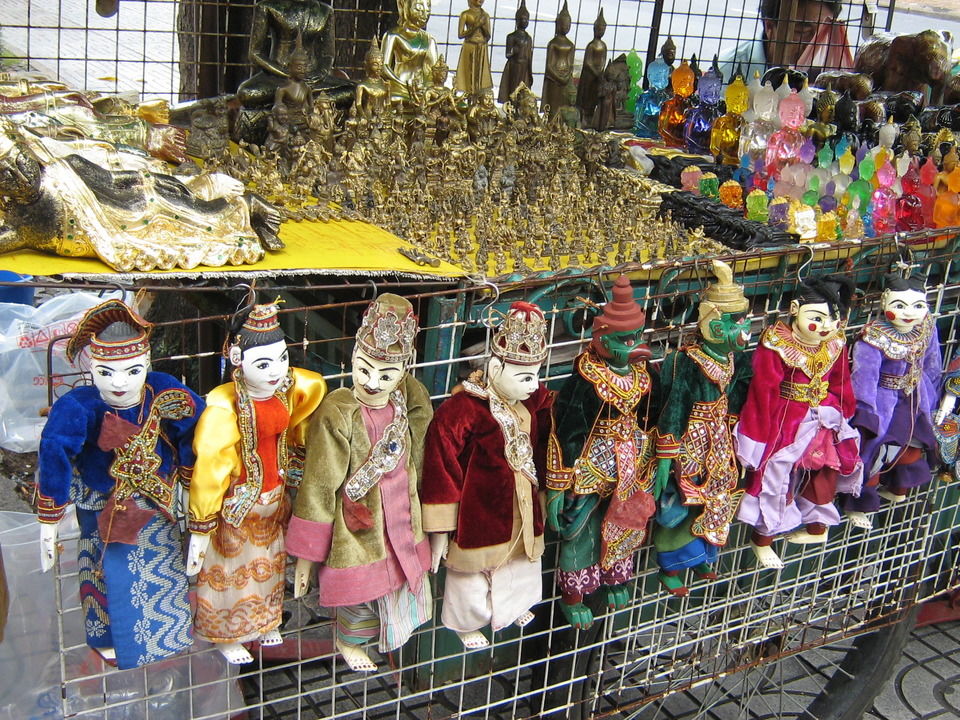