Delhi to Agra By "Cycle"

So it started with an idea at 3 a.m somewhere in summer 2014, to do something which is comparatively unique.I decided to cycle from Delhi to Kanpur,a distance of about 450 km,and presented the idea to some of my friends all of whom laughed and disposed it off as a joke.I neither had a bike with me,nor a solo travelling experience ,and to top it off I was lazy as fuck.Somehow I bought my bike in October 2014,and planned to do the trip in December,but procrastination took over and I thought maybe sometime later.

Fast Forward To December 2015,I was determined to accomplish the feat,after my sem.There were only two problems-First I hadn’t trained enough,And second the route involved passing through Etawah famous for its stories of crime.

My exams were over on 15th December 2015,so I started on 16th.At about 6 a.m in the morning after getting myself clicked,I initiated with my journey.

There’s a interesting story with the route I planned.Since there are two routes two Agra I knew of

Google maps was summoned for help with any alternate routes.And I found 1,which ran parallel to the expressway and was shorter than both the above mentioned.The route went on nice and easy for about 40 kms(from the starting point),and after that boom,there was no road!It turned out to be a village route with only earth and stones on it,and on enquiring with some villagers,I came to know this was how it was till Agra.At this point I was Having conflicting thoughts on whether I should continue till Agra or do 100 kms today and request to stay at someone’s house and continue the journey the following day,and It was nearly impossible to drive at this terrain for more than 100 kms.

Advancing on the way,after about 30 kms offroading,I found this guy

and asked if about my odds of reaching Agra.He was such a nice guy that he offered me to stay at his home for the the night If I had any problems,and offered me to have food with him,which I politely refused.According to him my only chances of enduring the day was to hop on to the expressway and luckily there was a small opening at the fence just at the same point.This guy gave me the number of one of his relatives who was supposedly working on expressway and could help me if I had issues on the toll barrier.

So In I went at about 10 kms before Jewar toll.A brief stop followed at the public convenience for a bottle of water,where I was greeted by some curious foreigners and nationals both querying about my trip.Some guys from Netherlands and Australia offered me to come ride with them whenever I visit their country.

At the jewar toll some requesting and some pleading with the toll officers allowed me to pass on.And then came 50 straight tiring,but fun kms.It’s was very hard to cycle here due to the following reasons-Air resistance was too damn high.The sun was draining me out too often.The road was lonely and I was troubled by the thought that there would be no one to help if I exhausted completely and could not continue.

At this point I was seriously considering to call it a day at mathura, which was 60 kms before Agra.After about 50 kms some Interceptor officers stopped me and told me that I Would not be allowed to continue on the route. Requsting Didn’t help here as they told It could cause them to lose their job if I was allowed to cross the second toll(there are cameras all over the expressway).

Luckily there was a cut again after 2 kms,which allowed me to descend from the route on to a road which would take me to NH 10,through Insides of Vrindavan and Agra.

Now this was a total relief as the road was good,air resistance and the heat from the sun was blocked by surrounding trees,and there were villages on the way.

After about 30 kms , a pit stop at a dhaba in Vrindavan for lunch,and nearly 20 people gathered at the dhaba after the news spread that there was a guy who was there cycling from Noida,and is planning to reach Agra.Questions ranging from – “Bhaiya yeh gear wali cycle apne aap chalti hai kya(Does this cycle runs automatically)?and“Bhaiya aap record banana chah rahe ho kya (Are you planning on making a record)?all the way to “Isko kar ke kya milega (What will you get on doing this)?

were asked and the 45 minutes spent there were greatly amusing for me.

After lunch continuing on the path energized ,and crossing on this beautiful pontoon bridge,and after that Mathura,I finally found my way to NH 10,with 50 kms left to Agra(Delhi Agra Cycle Trip).

At about 7 pm I was there at Agra,took a hotel,ate enormous amount of food,and then sat up feeling proud of accomplishing what I once thought was to difficult for me,and travelling on all the three routes to Agra in the process,all the while planning for the coming two days.

With 200 kms,day 1,the remaining 250 kms to be covered in two days,didn’t seem to bother me much and it was more than probable that I would achieve my goal.

That was untill I got a call from my DAD !!He has somehow figured out what I was up to(I hadn’t told my family about the trip),and I was given two options,either to leave the cycle at Agra,to be taken back when I return to noida,or board my bike on a bus and head for Kanpur the following day.Considering my options I had to chose the latter,and the adventure ended with me reaching Kanpur in a bus as opposed to the original plan.

My Dad did what a sensible Dad would do,and upon reaching he told me,that If I had told him about the trip beforehand,I would have been allowed to the trip,and he would have made arrangements for a welcoming stay and fooding etc,through his contacts.After about 10 minutes of scolding,I was eventually forgiven on the condition that from now on I had to tell about every adventure I went on.So how is this a win you ask?Well Know I have the support of my family(which one needs the most) to go on even more daring adventures,(like Cycling to Ladakh from Manali) and so on.

There were two primary reasons for doing this-1-Doing something that made me a little hat-ke.2- Having a memory ,which could shout out to me in tough times to,that I didn’t quit then,why should I now.Besides there is a certain bliss in doing things that people say you can’t.

Some motivation- I have been the least athletic person in my group and as I mentioned at the beginning,lazy as fuck,So if I can do it(though a small part only) ,you surely can reach closer to your dreams,if you are willing to put in the effort.

READ more stories like these and submit yours @ www.khiskikhopadi.com 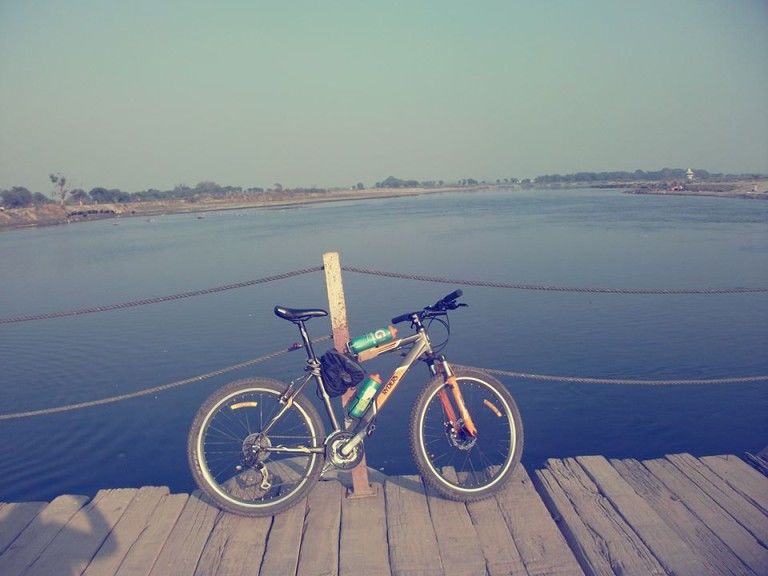 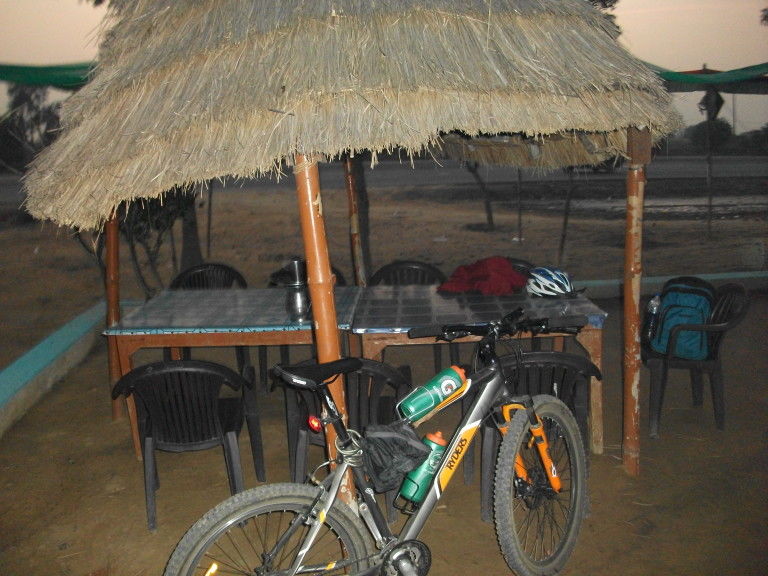 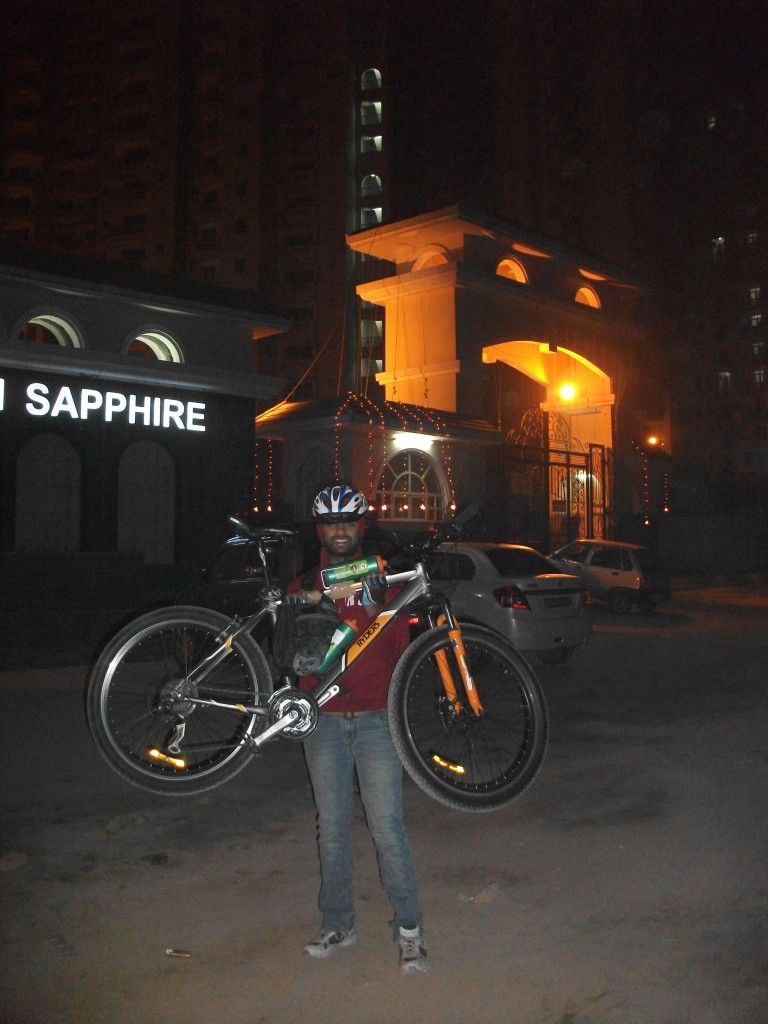 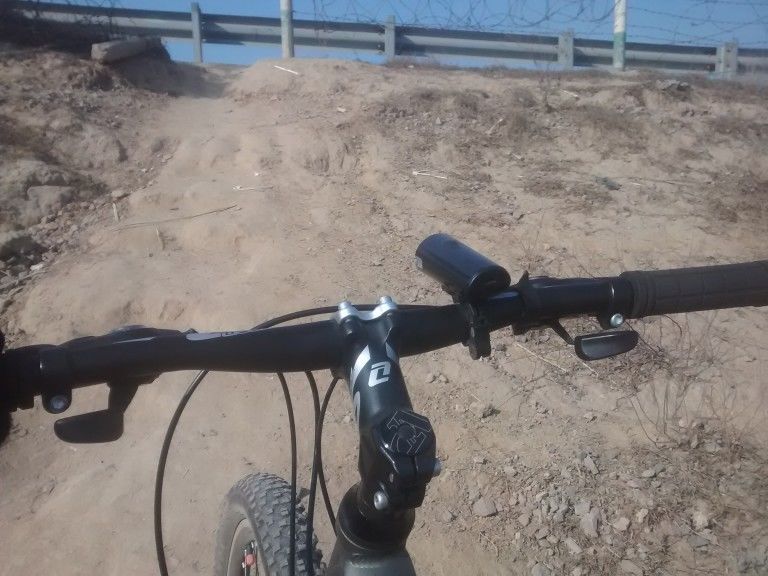