Ziro Travel GuideZiro TripsDiscovering Ziro: On The Trail Of The Apatanis

Discovering Ziro: On the Trail of the Apatanis

Though I had been to the North East before, I hadn't been to Ziro up until now. Ziro got on my list of places to visit after reading Ramachandra Guha's book on the anthropologist Verrier Elwin. The book made me head out to Shillong to meet Elwin's son Ashok.

Starting towards Tezpur, we followed the Brahmaputra and went down the National Highway 52 towards Lakhimpur. We went by bus and were lucky enough to get the window seats. The scenery was full of farmlands with paddy fields that were broken by uncultivated bits and dense forests.

Kimin, a place on the border of Arunachal Pradesh and Assam, did have a guesthouse. We got there by packing ourselves and our luggage into a shared auto-rickshaw. It was deserted but glowing a warm, comforting red in the light of the setting sun. The caretaker was located again with the help from curious, but helpful children. The caretaker was no less helpful, a kind and hospitable man, he provided us a simple, but lovely meal and helped us get settled for the night. Lounging on the porch, we listened to the tale of a stray elephant in the rice fields that almost made us stray from our journey and go off elephant spotting. We wanted to go, but the jeep for Ziro was slated to leave at 5 in the morning. Somehow better senses prevailed and we kept to our plans. 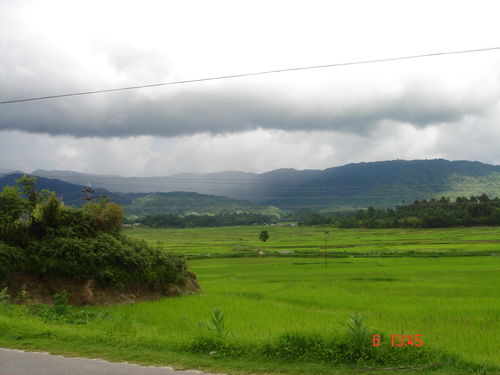 From here on we traveled in the valley of the Subansiri river, on the National Highway 229. A helpful conversation with two men traveling from Darjeeling, provided us with the name of a person - a Mr. Tatu - who we could get help from in Ziro. Meanwhile, our journey took us through a river valley with low hills with patches of rhododendron on serrated ridges that abruptly ended in the valleys, some as deep as gorges. Far away, the massifs of the eastern Himalayas loomed, piercing the clouds, and easily visible over the rainforest tree, bamboo groves that we saw lower down in the valley. 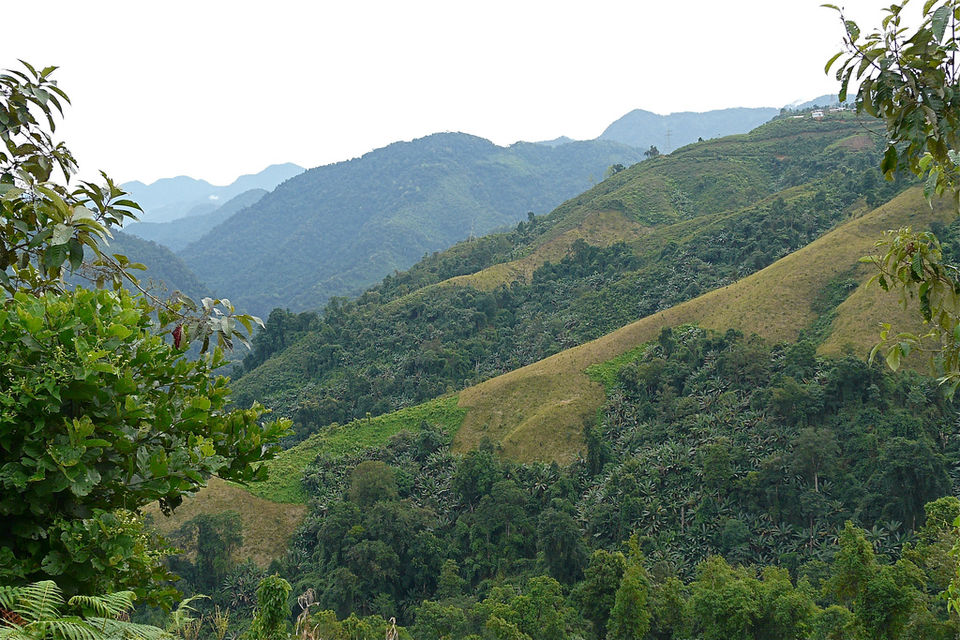 We also passed Hapoli, which our passengers informed us about. It is the administrative center and had small hotels and schools. Our destination lay further north, towards what was the 'old' Ziro. This 'new' Ziro had been built in the '50s when the 'old' one had started bursting at the seams. But, it was the old one we were interested in; where we would find Mr. Tatu and interact with the Apatanis. 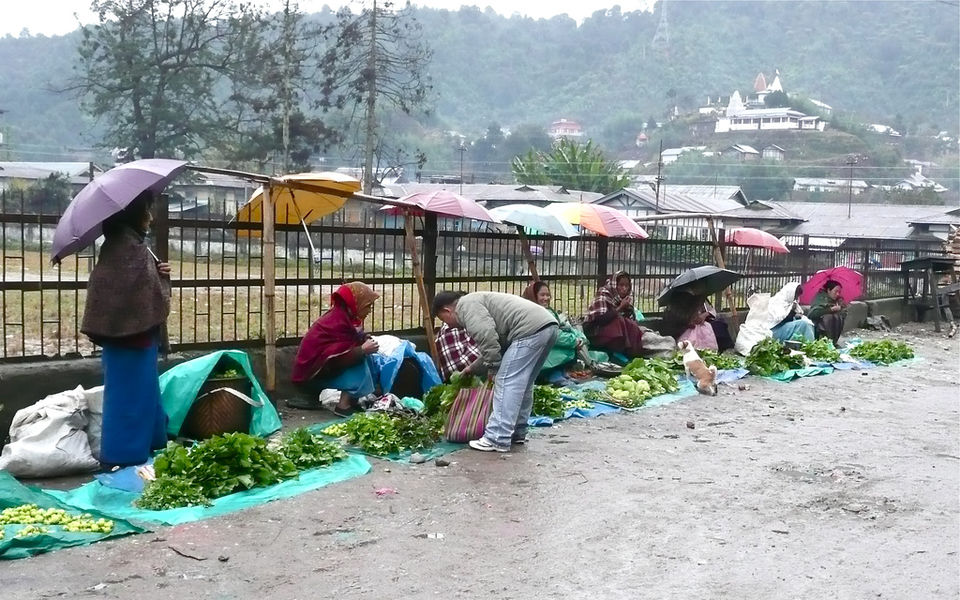 On finally reaching Ziro, we first tried to locate Mr. Tatu, but found later that the name was quite common in these places and we would need more information if we're to find the Mr. Tatu we wanted in particular. However, an elderly lady came to our rescue and pointed us in the direction of someone who seemed to be the right Mr. Tatu, as by the lady's account this man had traveled a lot and spoke Hindi and English. Mr. Tate turned out be to be a kind and very helpful person. He convinced us to stay with him and later showed us around his fields, telling us stories and introducing us to others who we then learned more from. 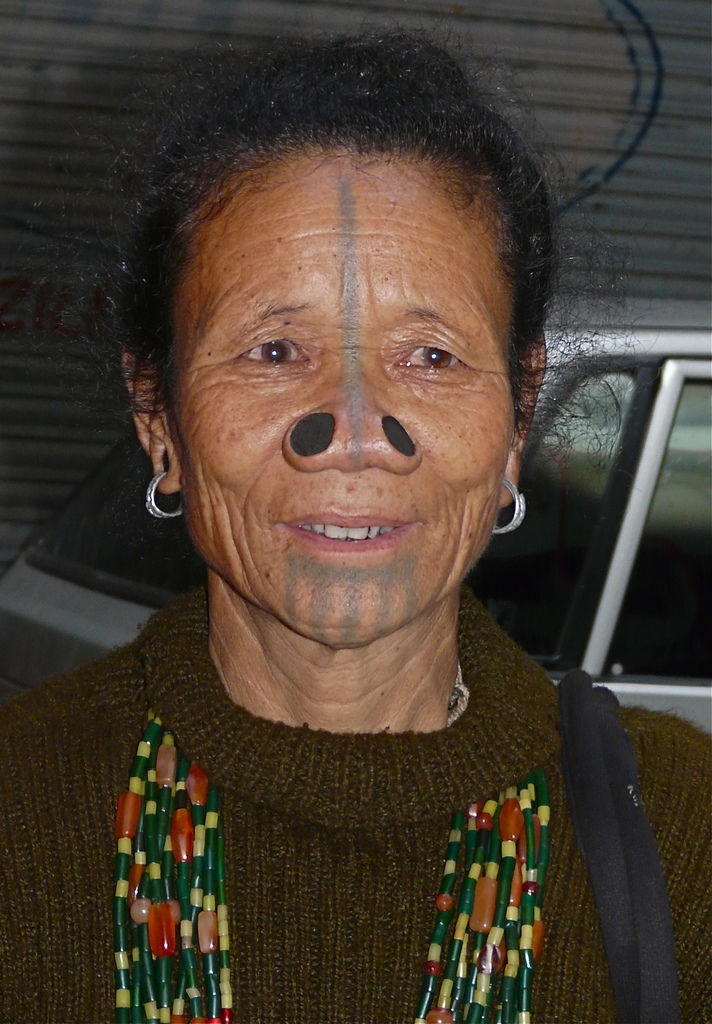 The house was full of memorabilia, books, curios that spoke of a life dedicated to understanding and finding out about little known people that had hitherto been ignored. A peek into the life of an anthropologist was what ignited the initial spark. And it was Ashok who then fanned the spark as it was he who told me that I would find the Apatanis interesting. And interested I was.

The Apatanis are a tribe that live in Ziro, in the valley of the Subansiri River in Arunachal Pradesh. My journey to Ziro was not about sightseeing or scenery, even though I wouldn't disagree that I enjoyed these aspects of travel while I was there. My journey was about the people and their culture, about meeting and interacting with a people whose way of life intrigued me.

I had been inspired and intrigued by the work of anthropologists like Elwin and Furer-Haimendorf, and other authors like Ralph Izzard and Rabindranath Tagore who had written on the Apatani. I had learnt much from them, but hearing a people's stories and history from the people concerned, from the horse's mouth as they say, has a different charm. In my journey, I also noticed and understood many things that the literature on the Apatanis had not covered, such as the nose ring that elder women wear - the yaping hurlo.

For most part, the Apatanis are still predominantly pastoral, and the valley is clearly indicative of that as Ziro is full of rice fields. Though the landscape and scenery are undoubtedly beautiful, Ziro does not have things to 'see' or 'do' in a manner which people expect when they travel.

Even though Ziro has now entered the limelight with the launch of the Ziro Music Festival, tourists to Ziro have always been advised to go there during the farming season when fish are introduced into the rice fields or during the Dree Festival or Murung ritual when they carry out animal sacrifice. However, Ziro, because of its people, is culturally rich and because of them there is always something new that is presented to us in every moment we are in Ziro, but it depends on us making the move forward and interacting with the people and their culture.

Small brown houses with thatched roofs dotted the lands, as did tea houses built to provide succor for travelers such as us. The bus rolled along, slowing down only to let stray dogs or cows pass, but, despite the leisurely, uninterrupted pace, we reached Bandardewa just as dusk was setting in, though it was only 2.30 or 3 in the afternoon! Ziro would have to wait. 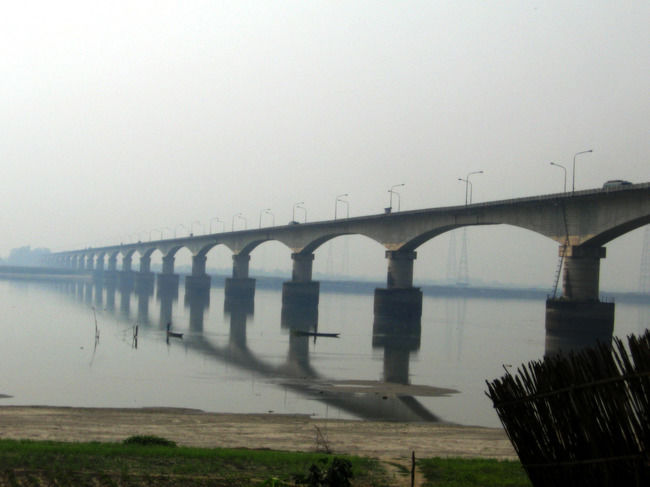 Bandardewa was the place from where we had to turn north towards Ziro. But because of a single time zone in a vast country, the clock was no longer an accurate measure of the time we had. And, though it was still afternoon, the light had begun to dim and we had to find a place to crash for the night. In places like these, movement and activity is dictated by the Sun, and there was no hope of finding a vehicle that would take us to Ziro in the night. Luckily, some children suggested a place where we could stay, not far from the checkpoint. 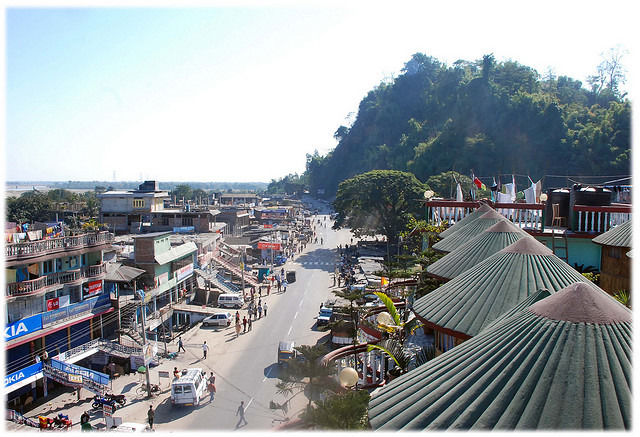