As we reach the end of our honeymoon story, I find there are lots of random things that I hadn't managed to include about Bangkok. This is mostly because we used it as a base and didn't necessarily always do a lot when we were there. However, I wanted to share a few of the other things we discovered while there...

This is a Japanese curry chain that we used to love (when living in Japan), so we were more than thrilled to discover that it exists in Thailand. You can see all the locations here, but the one we went to was the Esplanade - just off the "Thailand Cultural Centre" stop on the metro.

Mmmm! I'll admit, Japanese curry doesn't always look that appetising, but I can assure you it's delicious - especially when you have it with something nice like crab cakes. The drink you see in this picture is Thai iced tea, which is amazing. Of course, you'll spend more here than you would on real Thai street food, but every once in a while these things are OK.

The Esplanade mall is worth a look, too, if you want to escape the heat for a while. It has a few other Japanese names, like Sukiya, a big book shop with a lot of English books, and free Internet for a limited time (similar to the Cloud) as well as Internet-ready computers that you can pay to use.

Take the sky train to Phra Kanong, keep walking straight (towards the south-east, the same direction the train goes). Pass the first turning to your left and keep going until you see a smaller turning (left) full of market stalls. Somewhere in here, and you pretty much just turn left and wander vaguely straight, there's a little Burmese market area. If you know what Burmese writing looks like*, you'll know when you get there. 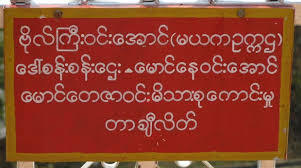 There's a lovely food stall in the area where you can get tea leaf salad! We were thrilled, of course, and we're so obsessed that we've been making it at home ever since. We also asked the nice lady there to make us a few other random things; we got a chicken noodle soup with a hint of coconut, which was also delicious. 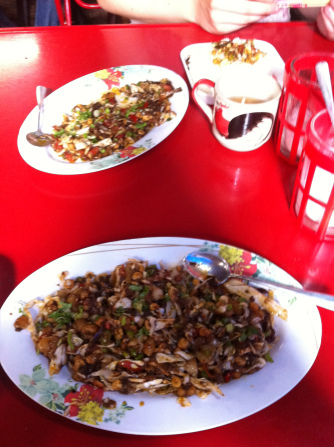 I found out about this place from the website Migrationology - check out the post, it has a lot of lovely photos of the food stand.

Bangkok is packed with massive shopping malls, and how the average Thai is ever supposed to afford to go there is beyond me. Still, they always seem pretty packed.

While I generally find shopping malls boring, one I quite enjoyed was Terminal 21. It's just off Sukhumvit metro station/Asoke sky train station. What makes it enjoyable is that every floor has a "theme" - there's Japan (full of sumo wrestlers and waving cats), Istanbul (pretty Turkish lights), something like Greece or Italy (white statues and things), plus something a little more familiar... 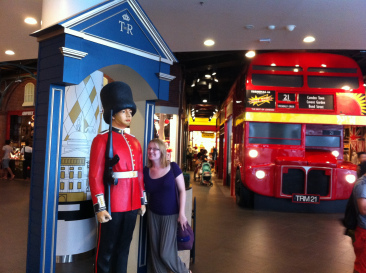 They've really captured the feel of Britain... especially the subtle nuances of politeness: 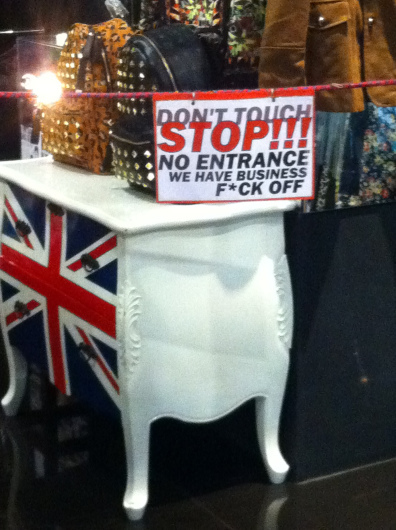 The top two floors are San Francisco/Hollywood themed, with a massive golden Oscar and the Golden Gate bridge in all their American glory. These floors are also where you'll find the massive restaurant floor and food court (SO much food to choose from!) and the cinema.

We found cinema prices in Bangkok to be all over the place - over at the Esplanade they wanted around 500 baht each for a cinema ticket. Over at Terminal 21 it was just 200, which is £3.80. A lot for a Thai person, of course, but when you're used to paying two or three times that in the UK it seems like a bargain. The chairs are very comfortable, too.

So, we spent one of our "decompression days" watching films... I think we saw Kick Ass 2, which was quite fun, and some weird vampire film (there wasn't a massive amount of choice). However, the most memorable part was just before the film, when a message came over the screen telling us to "stand up out of respect to the Royal Family". Everybody stood up at once - not to do so can get you arrested.

We were then treated to a magical montage of images of the King, going about his everyday business, doing things like wading through a river with his newspaper or ignoring his adoring subjects while reading a newspaper up against his Jeep, while emotive music plays. It was so hard to keep a straight face at first, but this is serious business. They don't take treason lightly in Thailand - you can even end up in prison for making defamatory comments on Youtube. You only need to travel around for a day to see how many images of the King watch over train stations, shopping malls and motorways.

All that's left now is a few random pictures... 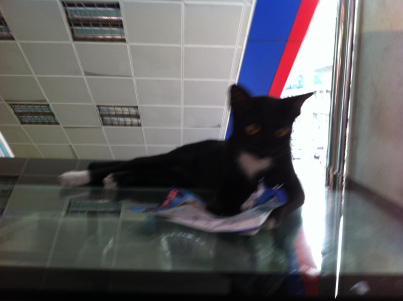 A cat tearing up a flyer at one of the Sky Train stations. 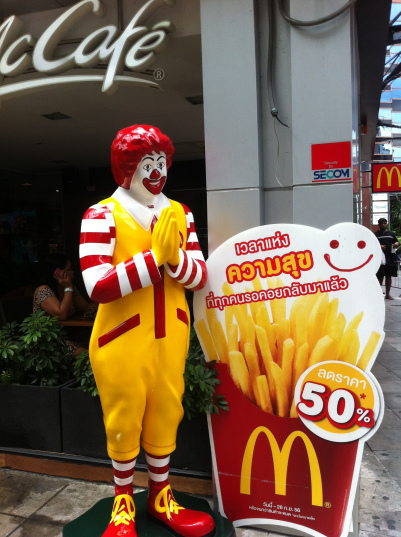 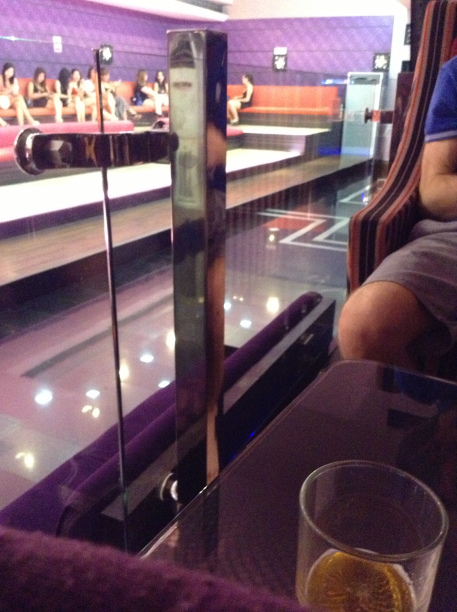 Our friend took us to a bar/brothel. We JUST had drinks, honest - although the owner kept trying to persuade the guys I was with to look at the girls. Ugh. 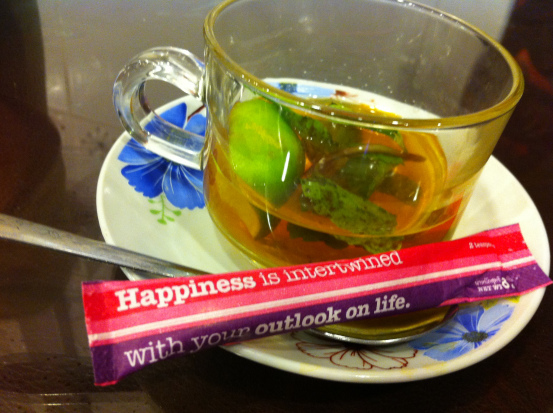 Wisdom from my sugar packet!