Of barbecues and tents!

By Akshay Joshi
It was the most anticipated weekend ride. The anxiousness amongst the riders started two weeks before the ride. Everyone was looking out for tents and the camping equipment. I wasn’t quite sure if I could make it for the ride. But fortunately I did. All the equipment borrowed from a friend and a tent shared. It was a beautiful Saturday morning. Not as cold as it was that week. Carrying the 10kg saddle bag filled with 5kg coal for barbecue and the “cooking” and 5kg filled with other miscellaneous stuff was a pain. Not to forget the sleeping bag that was tied on my saddle with the help of a bungee.The ride started late as usual. Entourage of 12 bulls started off from Kalanagar joining the Eastern Express Highway at Sion via BKC. We were out of the city before sunrise. 2 more bulls joined in from Mulund. I happen to look at the sun, it was one red ball of fire, It was a pleasant morning with a clear sky.
We reached Bhandardara at around 1pm, luckily without any breakdowns. Finding a spot wasn’t a task as we had done our homework about the whole camping thing. We rode down the pathway which was used by the villagers.
OFF ROADING! YEAAH!  The spot was perfect it was beautiful and serene and right at the lake-shore fully  connected with nature and ideal home for the next 24 hours. We started the barbeque for lunch. Everyone was carrying marinated chicken, one of the brothers with us was a gujju, so the theplas were flowing making a good  chakna for the beer ! ! ! Barbeque and Beer cannot go wrong ! Then began the ultimate challenge. Pitching up the tents was tiring. The friend who shared the tent with me knew nothing about the tent that he had got. Yeah, they called it a tent that was built with cement and bricks. Finally we did it which was quite an achievement !
A quick dip in the lake just before sunset was a perfect refresher the water was biting cold till you jumped in once and for all to enjoy a swim with breath taking scenic surrounding around you, The
barbeque was lit and drinking session started. I lay down under the stars as I finished my fourth drink, the stars were bright and crystalclear, each spot was visible like it was an illusion, the occasion made it magical. It is very unfortunate the concrete jungle has destroyed this part of nature in the cities. We wrapped up at 11:30, which is not a regular time for the Pirates to hit the sack
We woke early morning around 7ish, got the fire going for some Tea and Cup noodles and theplas for breakfast. We made sure that the surrounding was clean without hurting the nature with any remains of garbage specially plastics etc. It was the time to return home, our home for a day were demolished, wrapped up and was on our bikes. Everyone mounted up and it was time bid adieu to that beautiful place. The ride back started quite early and we were expecting to be home by 5pm in the evening. But life had different plans. 10kms before Igatpuri my rear brake slipped and got jammed. It showed no movement. Having the responsibility of the tail, I was the last bike and I fell behind the others. I gradually decided to use my front brake along with the gears to control the bike. I went up to the road captain and indicated to stop. So me and one of my friend started inspecting the bike. After 1 and a half hour of hard work, we got no success. We came to a conclusion of me riding only using the front behind the lead and someone else was handed over the responsibility of the tail. A long break for lunch and off we set to complete another 100kms. We took one more break for tea. As we called it a day, I saw the sun again, big red ball of fire It was similar to what I saw the previous day but looked lost without its natural surroundings. It was a happy ride and a ride where we slept in the lap of nature. 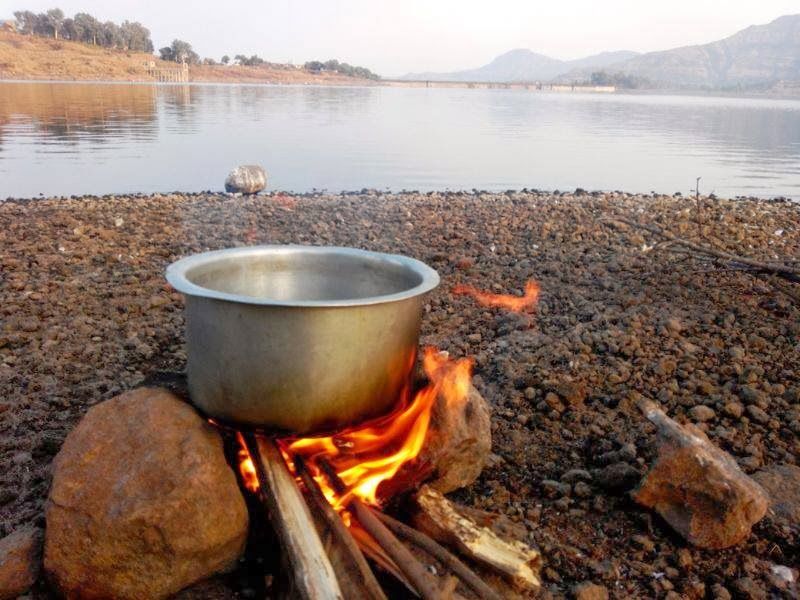 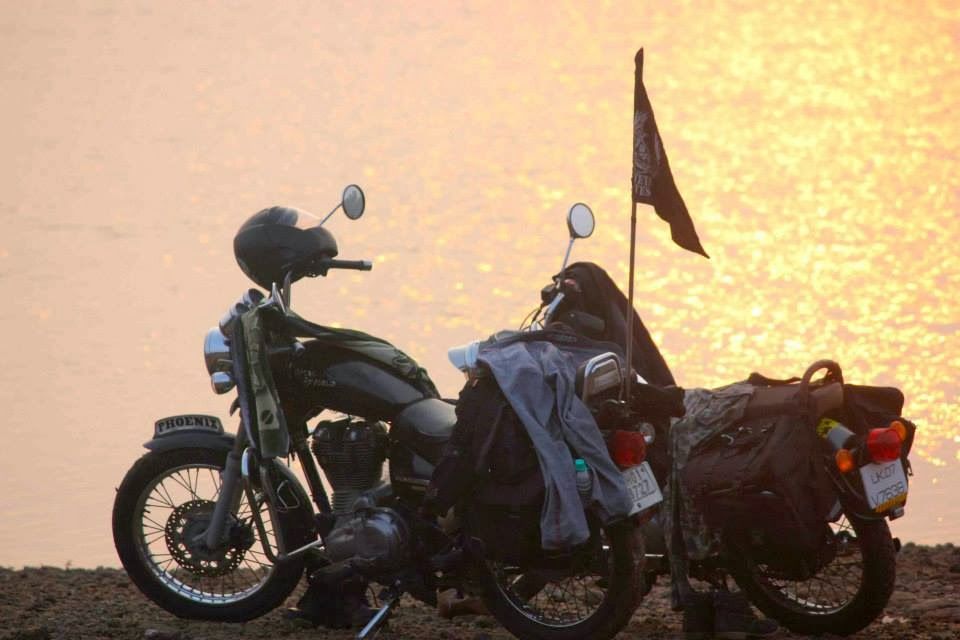 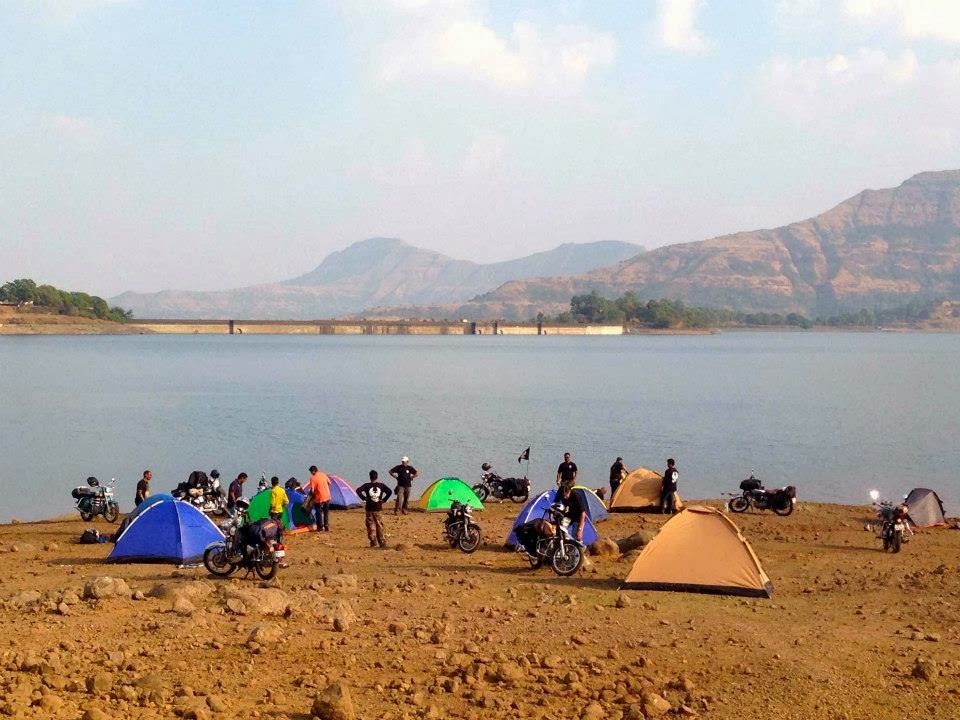