We are on just one day budget trip so we checked in jain dharmshala which is just outside the railway station.they charge 80 rs with bedroll and 65 rs without bedroll.

Note-There is lack of cleanliness in some bathrooms in dharmshala so avoid if you are with family on more then one day trip.

There are many dhabas/hotels outside the railway station and they provide 8 puri and one sabji at cost of 20 rs only in breakfast.

After breakfast we headed to Gandhi circle where roadways bus stand is situated.

If you want to catch private bus or jeep the stand is at the other side of over bridge which is left hand side of outside railway station.

If you want to hire private vehicle better go to Nehru garden circle which is approx 1 km from railway station and auto fare is 5 rs only.

Now we started our journey to Bhangarh from roadways bus stand by catching bus to gola ka baas which is around 30 kilometer and fare was 30 rs.

Bus dropped us at gola ka baas stand from where bhangarh fort was 3.2 km.

I WILL NOT TELL U STORY OF BHANGARH FORT BECAUSE U MAY KNOW OR CAN READ ON VARIOUS WEBSITES.

We didn't find any bus or auto for fort so we covered this distance by walking.if someone is lucky then he can get lift from locals.

After reaching bhangarh we saw many locals and tourists were there.

Bhangarh is very huge and its premises is spread is very wide area and so lush green at this time.

We felt something strange in some areas.its really spooky.

There is cave there where my camera fired flashed but didn't took picture but when i came outside cave camera worked fine. It happened 3 times.i dont say its haunted but its strange experience.

I didn't went further in cave because neither my friend nor any tourist was ready to come with me to hold flashlight in that utterly dark cave.

On the top floor there is one room(can say temple) where Rani ratnavati mata was written.The feeling of that area was very strange.we took few pictures there and in few photos white light like dot is visible(ZOOM THE PICTURE IN WHICH I AM SPREADING MY HANDS and see YOUR left hand side by focusing on darkness at door MARKED in Red circle),may be it is due to light but i would like to tell that sun light was uniform all the time.

After finishing bhangarh fort trip we were so tired that it was difficult to walk 3 km.During return we stop at shop for water and refreshment which is 1 km from bhangarh fort. A small boy (8-9 year old) sat outside who was the son of owner,he told us that his father will drop at bus stop on bike at cost of 50 rs for two person so we accepted because we were so tired.

There was hustle and bustle at stop and sometime have to wait for buses but luckily we got shared jeep at cost of 25 rs each.They do not start ride until roof is full of passengers.

Chand baori and harshad mata temple is adjacent to each other.

Mehndipura balaji temple is always full of crowd and it is not for faint hearted people because here possessed people come for treatment from all over.

After visiting Bhangarh fort and mehndipur balaji temple we can say somethings are still beyond explanation.

The whole experience was awesome and difficult to explain in words. 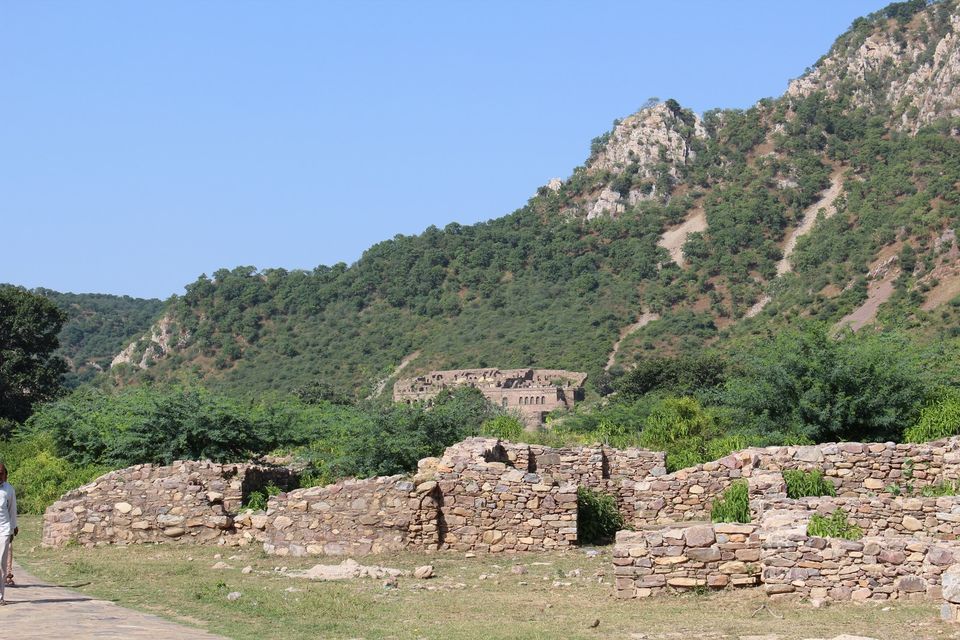 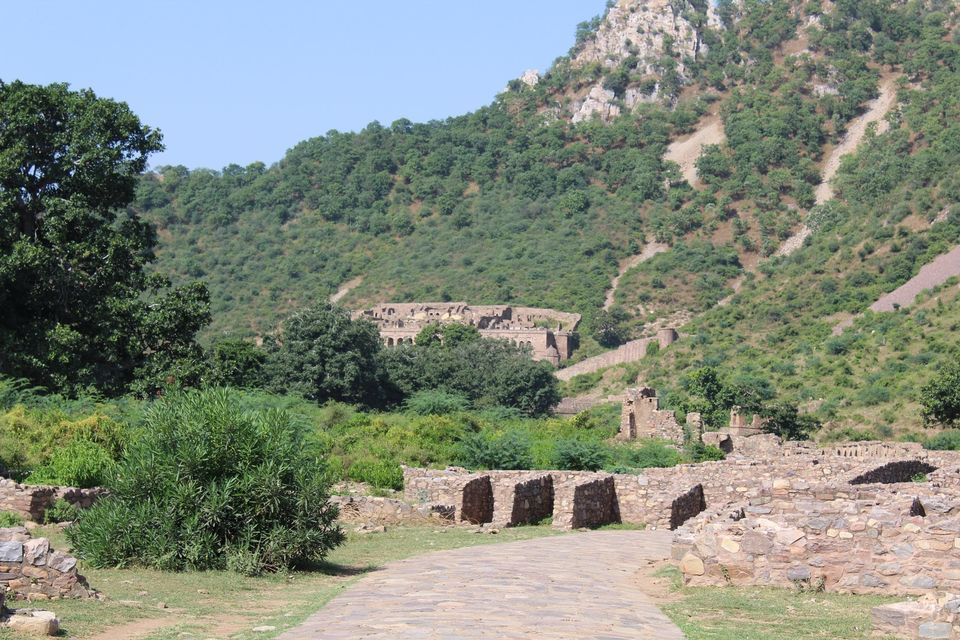 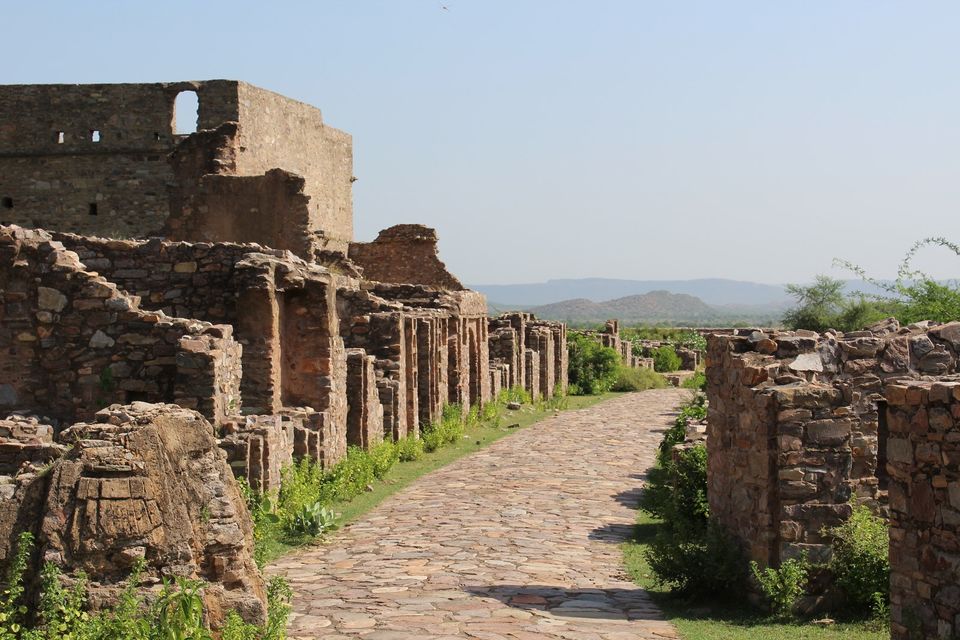 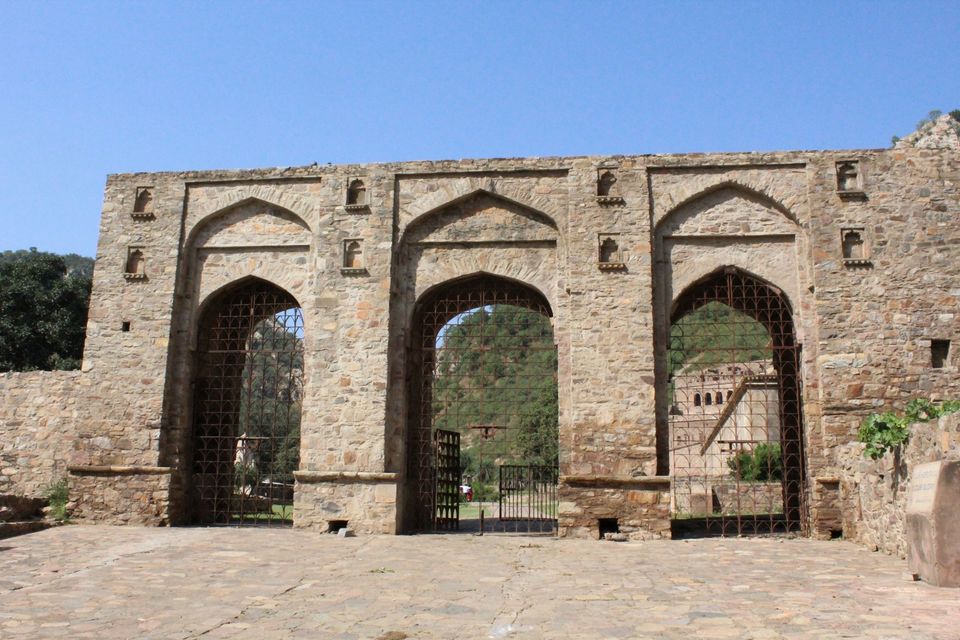 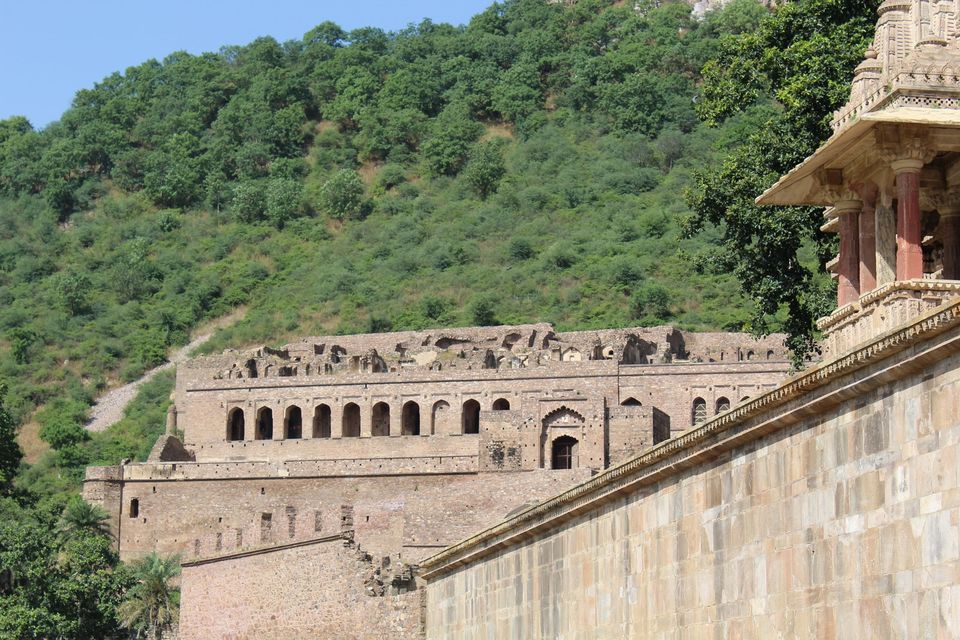 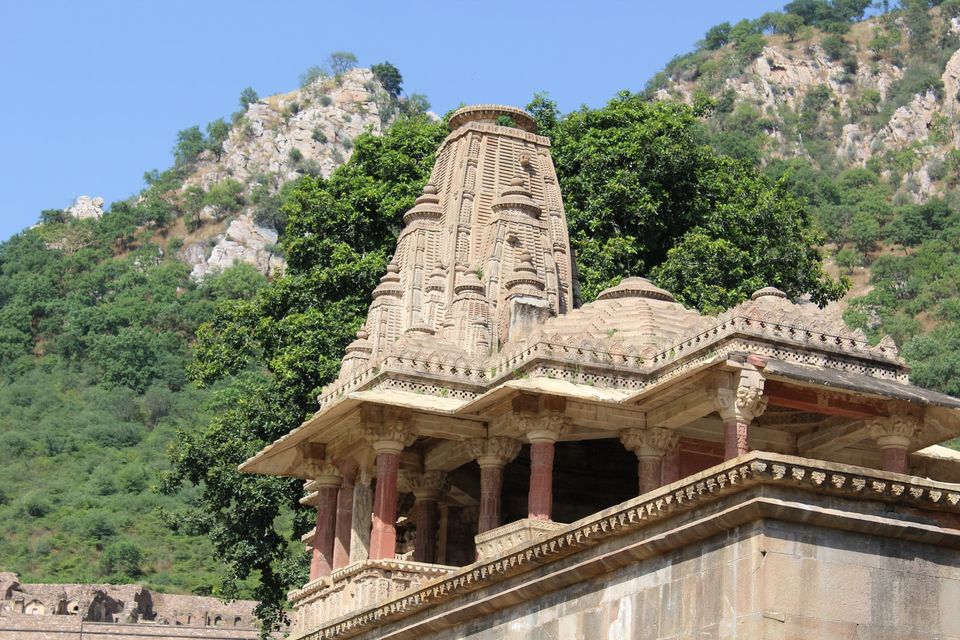 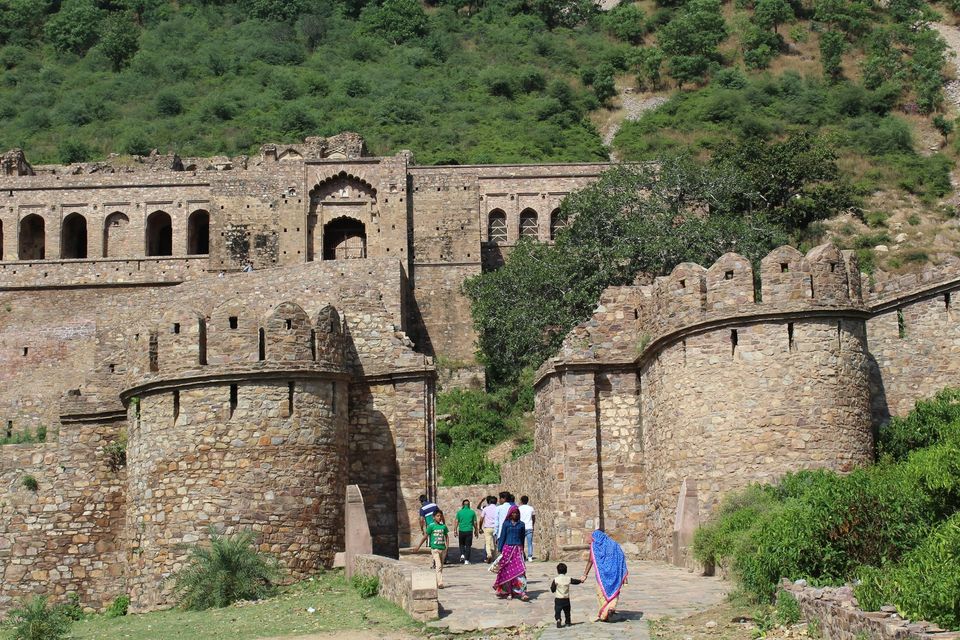 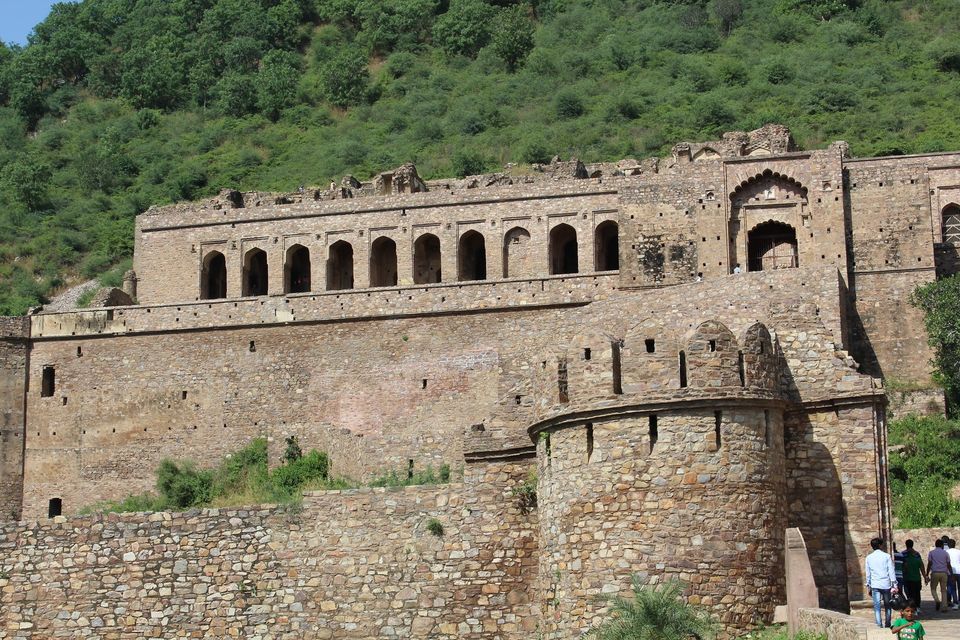 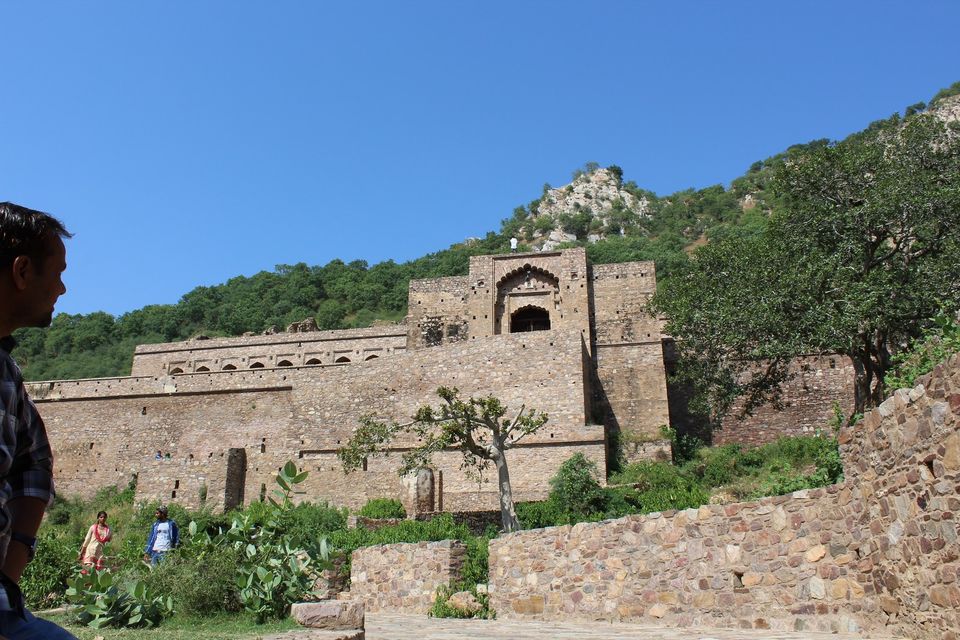 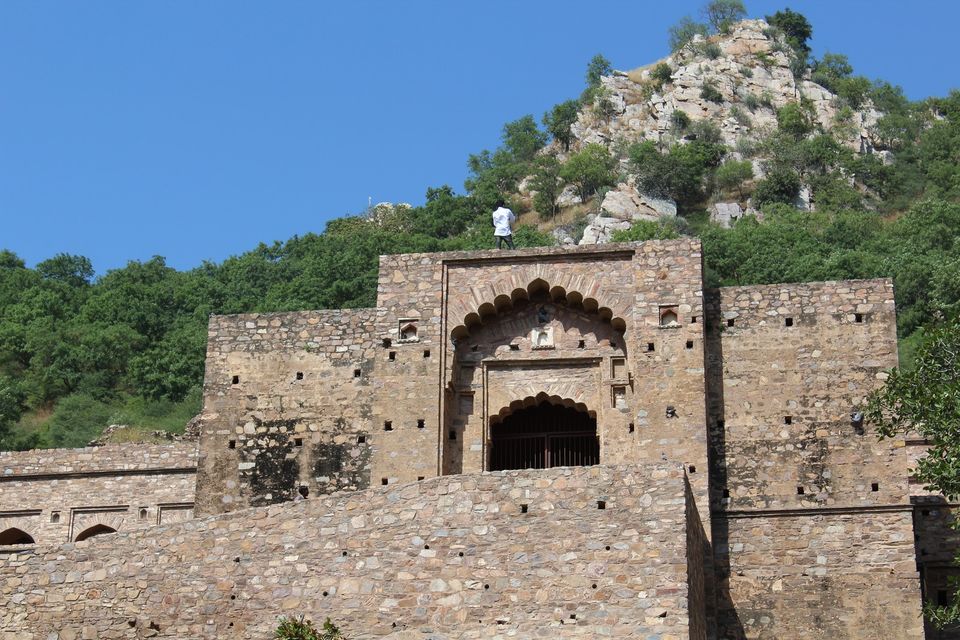 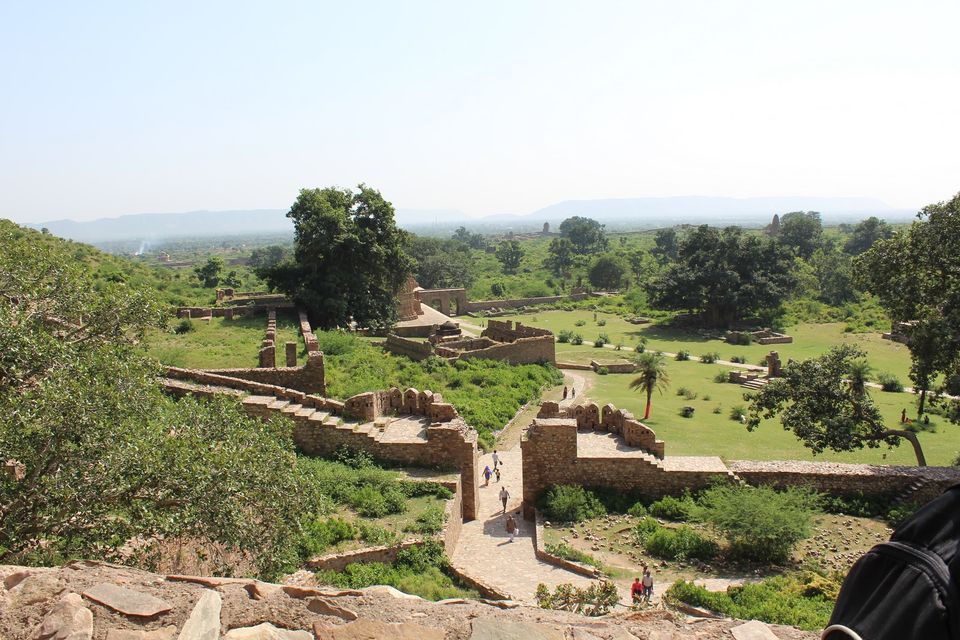 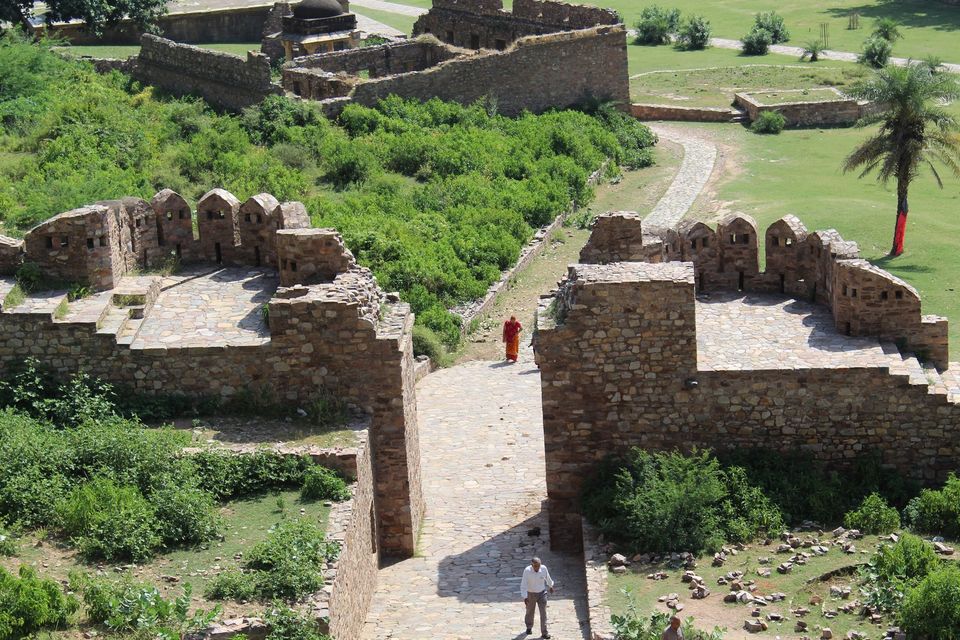 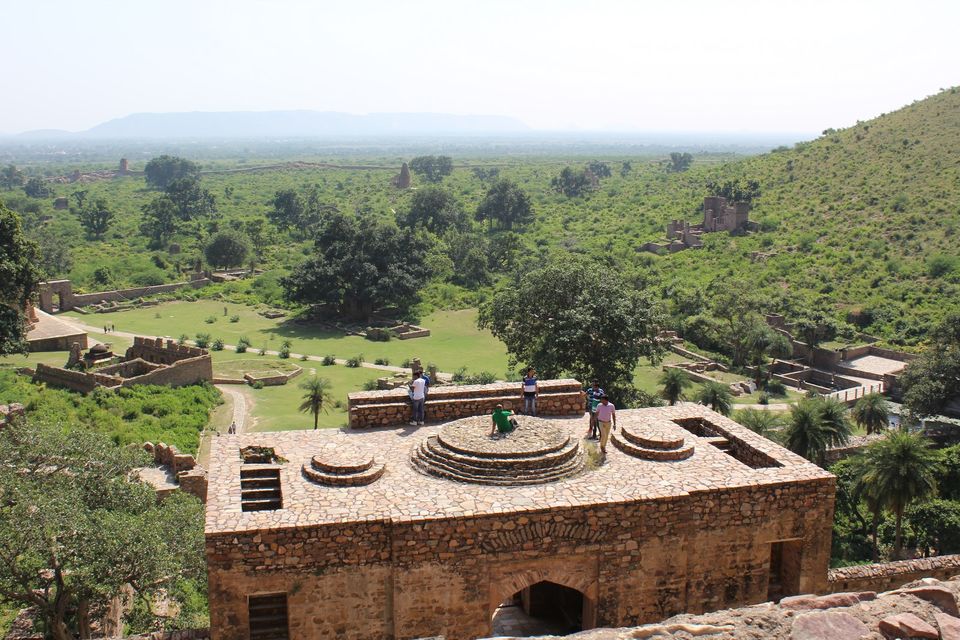 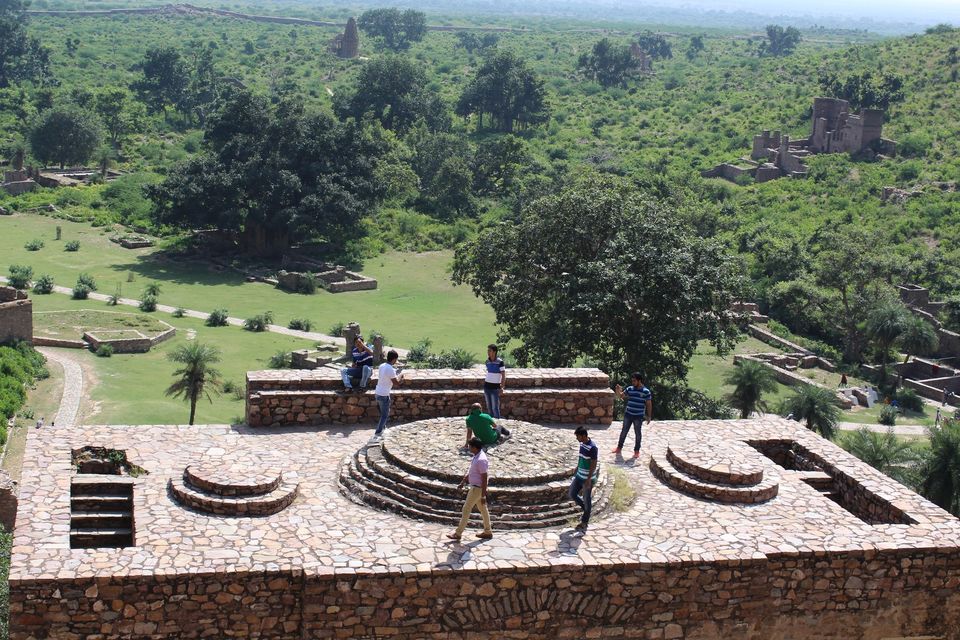 zoom the pic and see in red circle 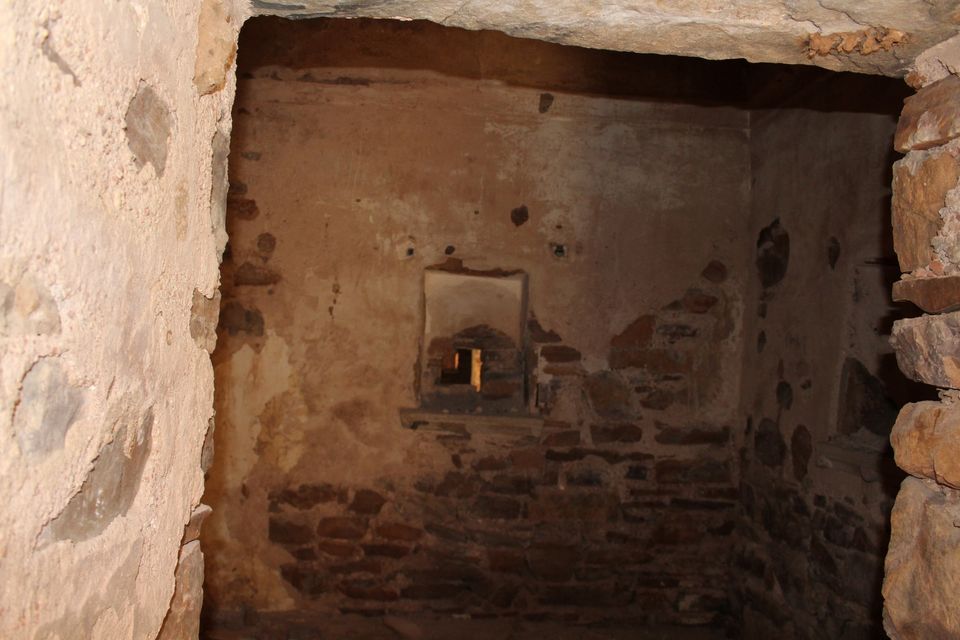 Cave where strange incident happened(Read in report above) 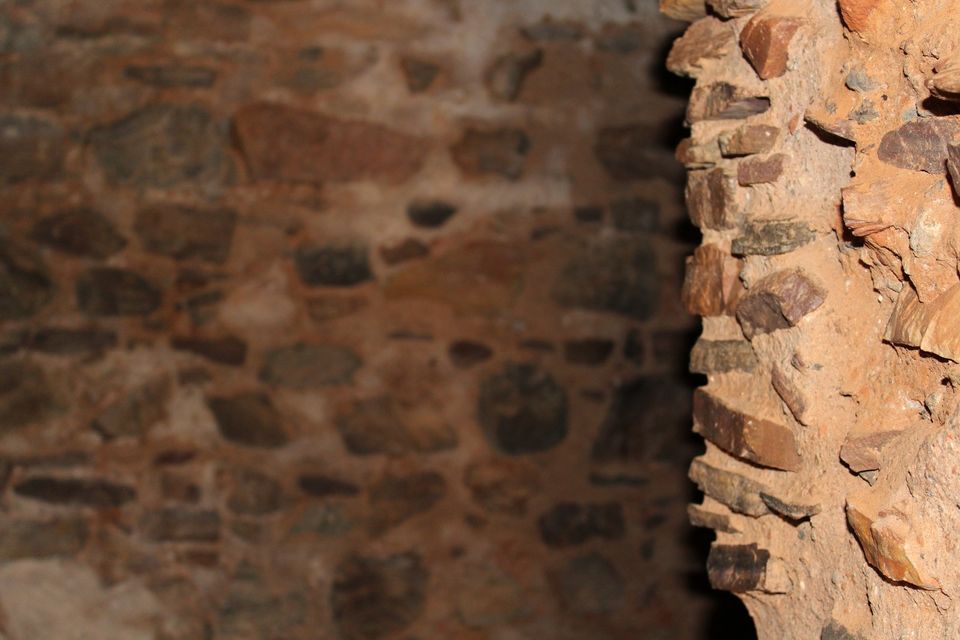 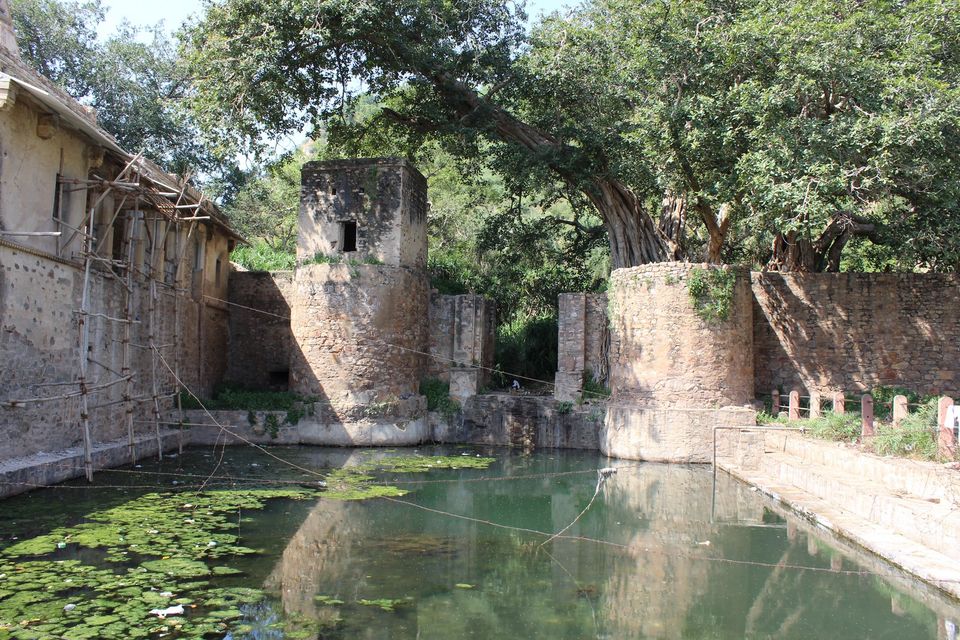 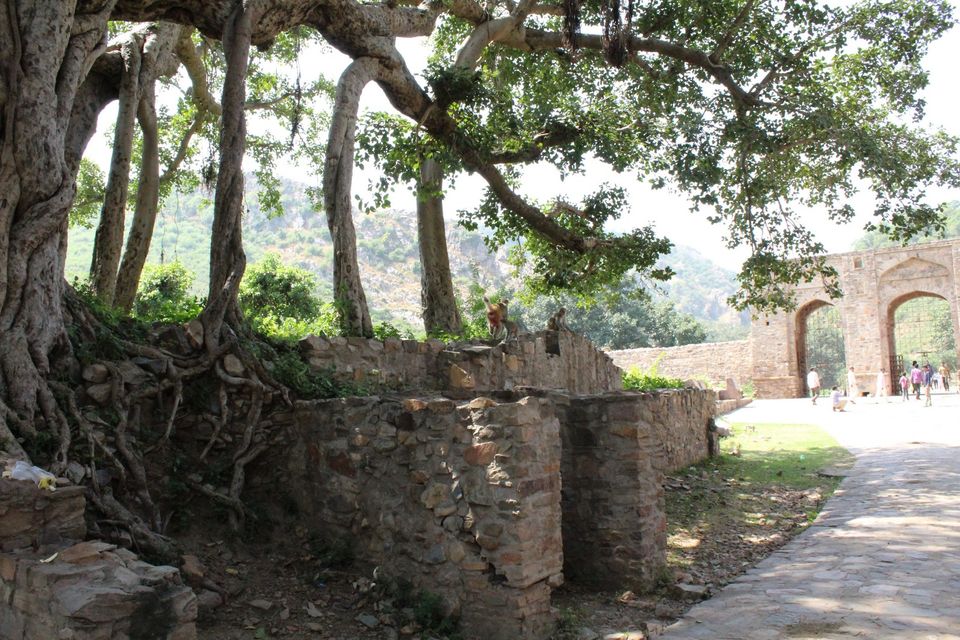 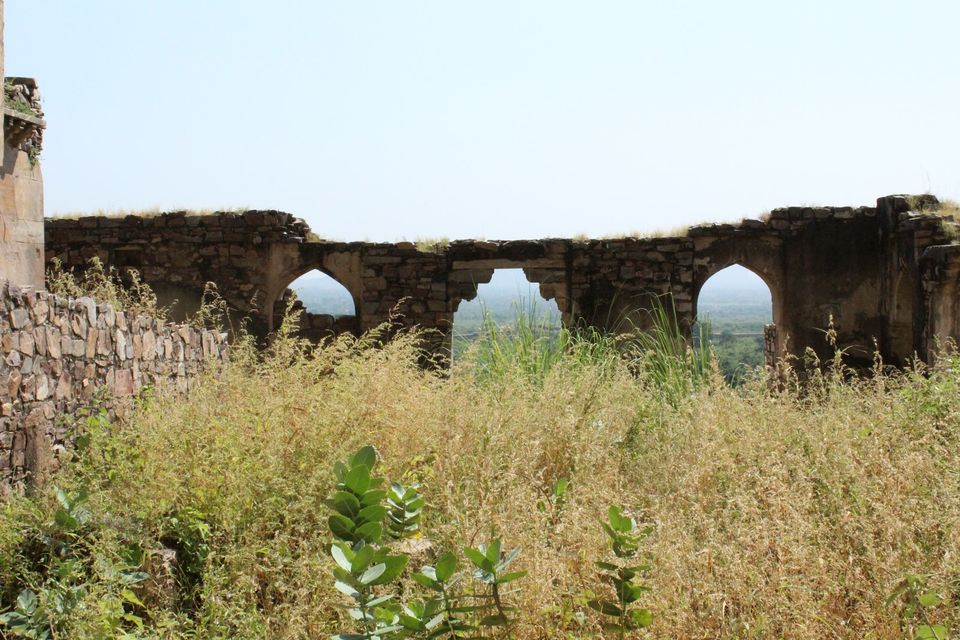 Abhaneri originally named as Abha Nagri ("City of Brightness"), but with the passing time it morphed to Abhaneri.

King Raja Chand also credited for building the Chand Baori. Chand Baori is one of the deepest and largest step well of India. Abhaneri another attraction, Harsha Mata Temple is a temple made by harshad vansha maharaja’s in 8th century.Razed during the 10th century, the remains of the temple still boast architectural and sculptural styles of ancient India. Harshat Mata is considered to be the goddess of joy and happiness. 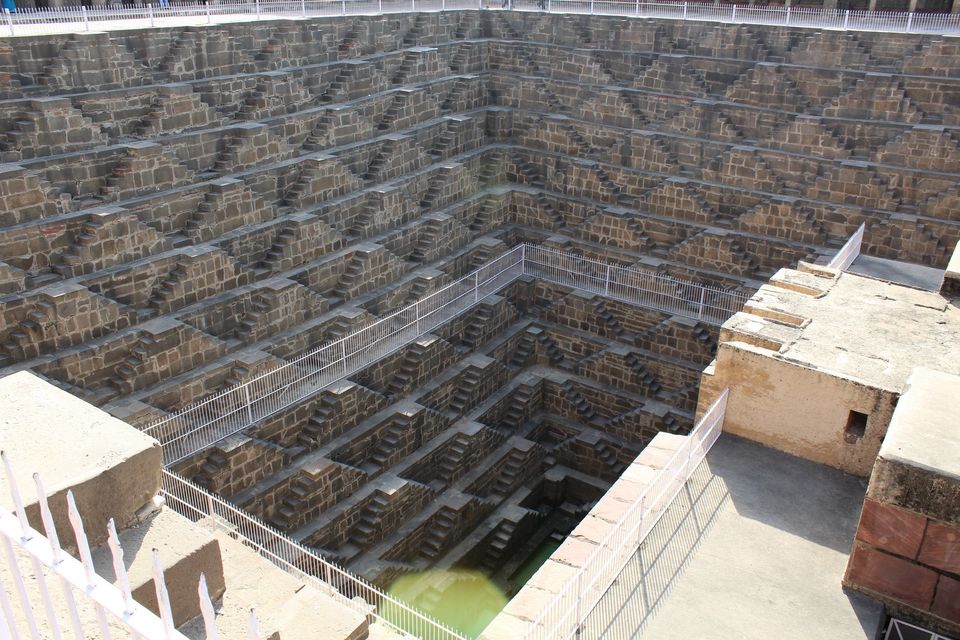 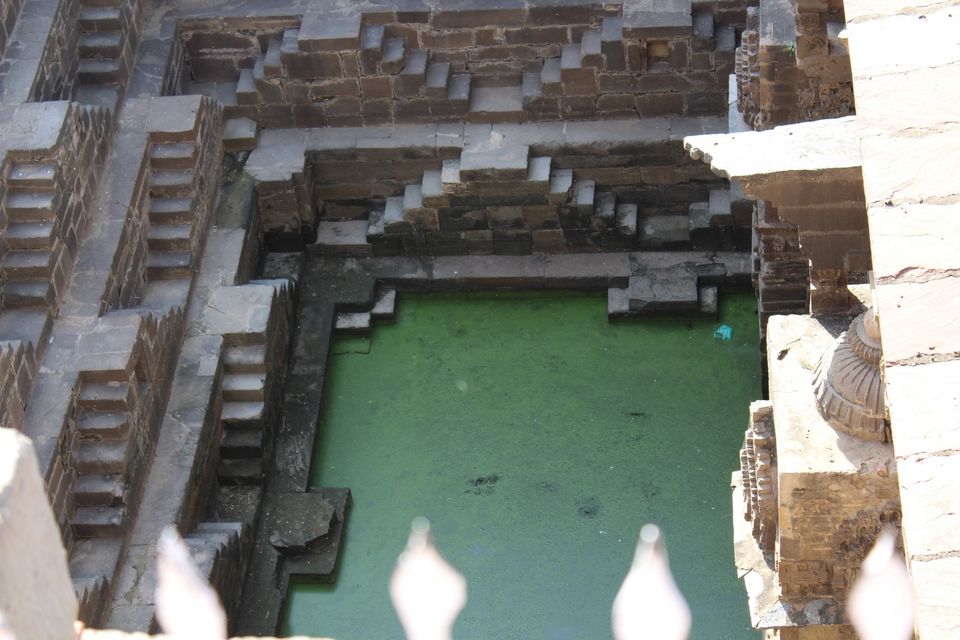 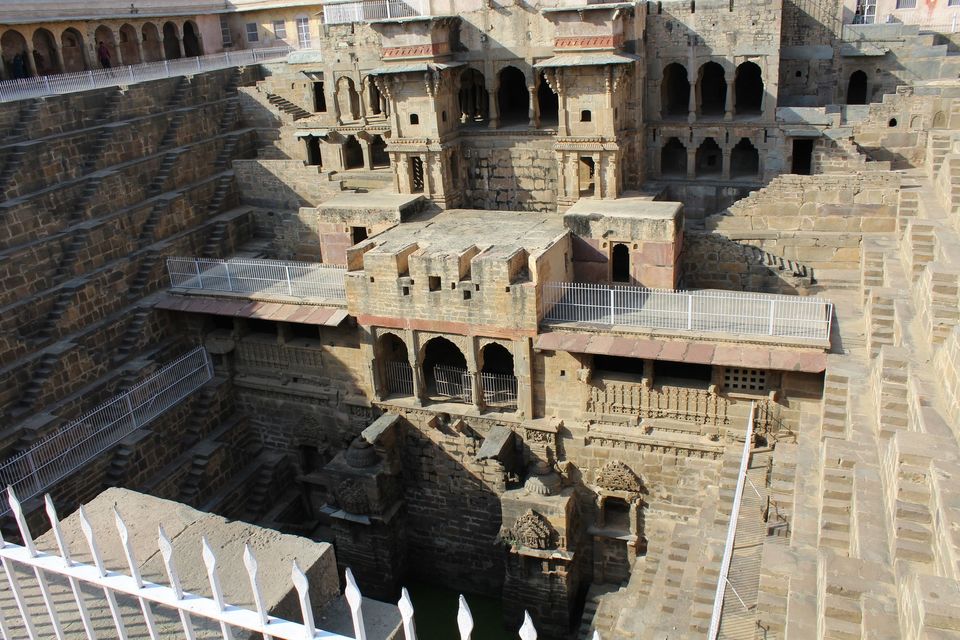 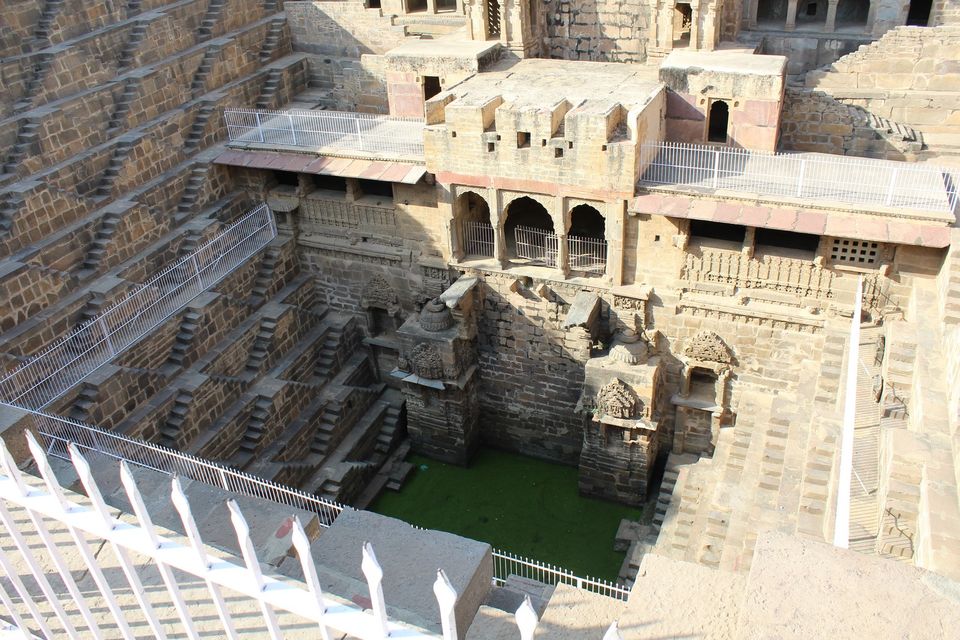 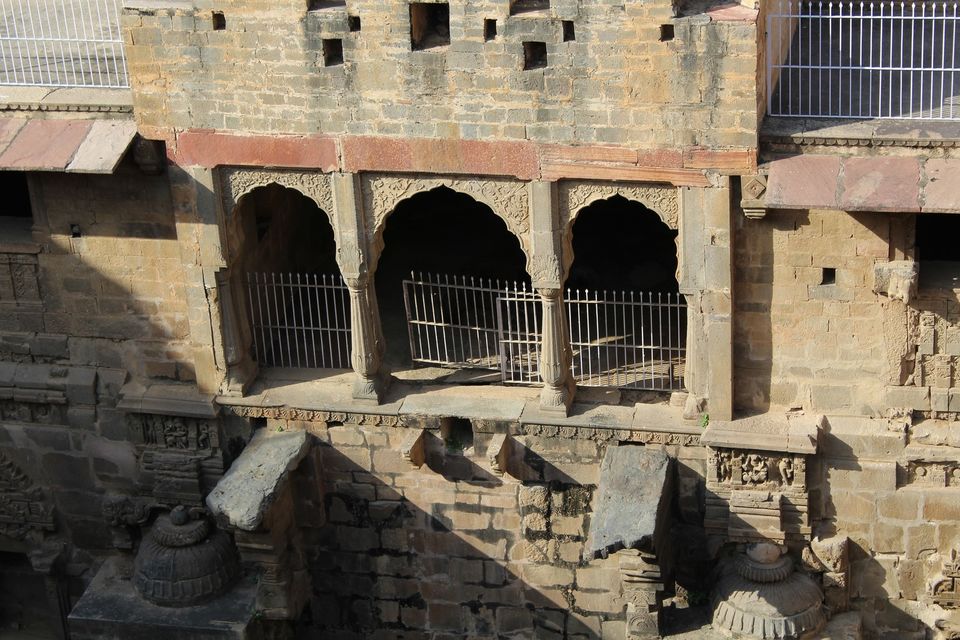 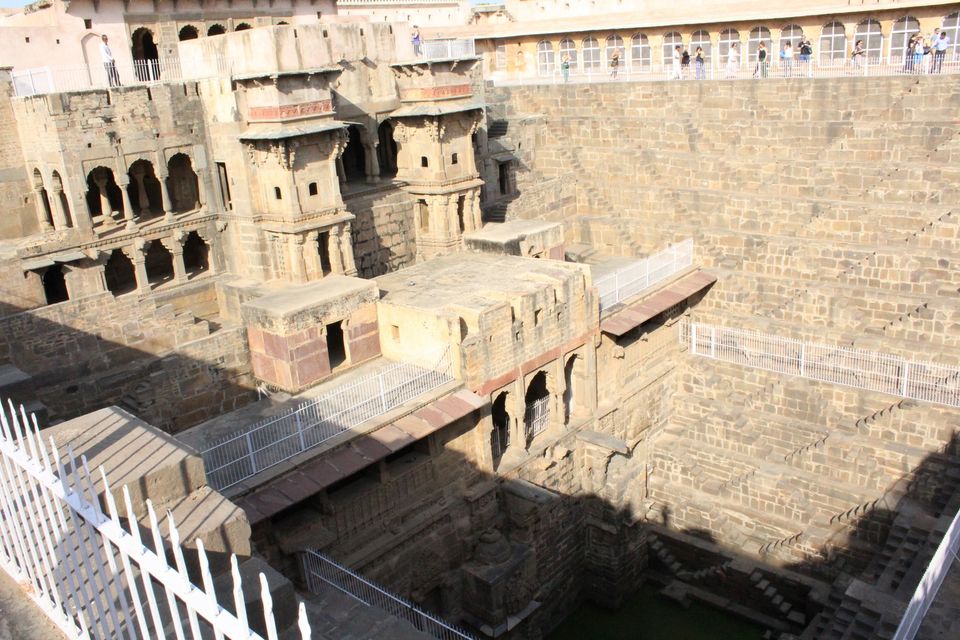 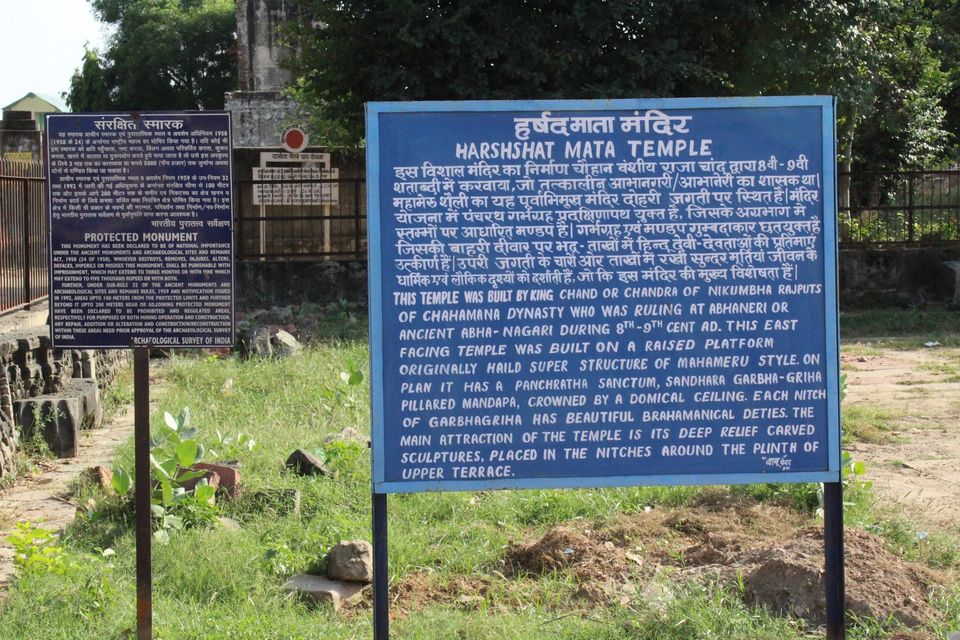 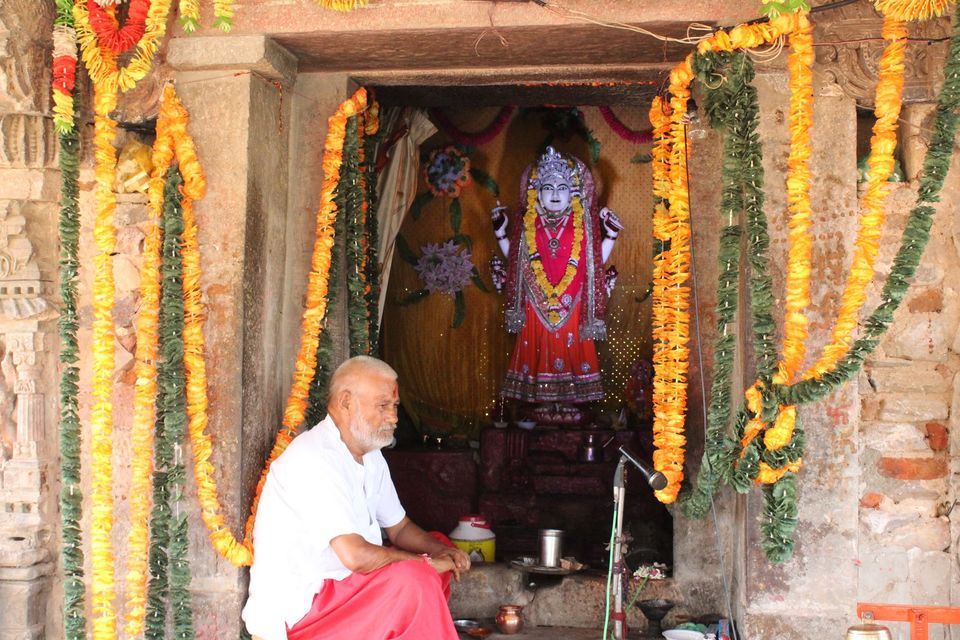 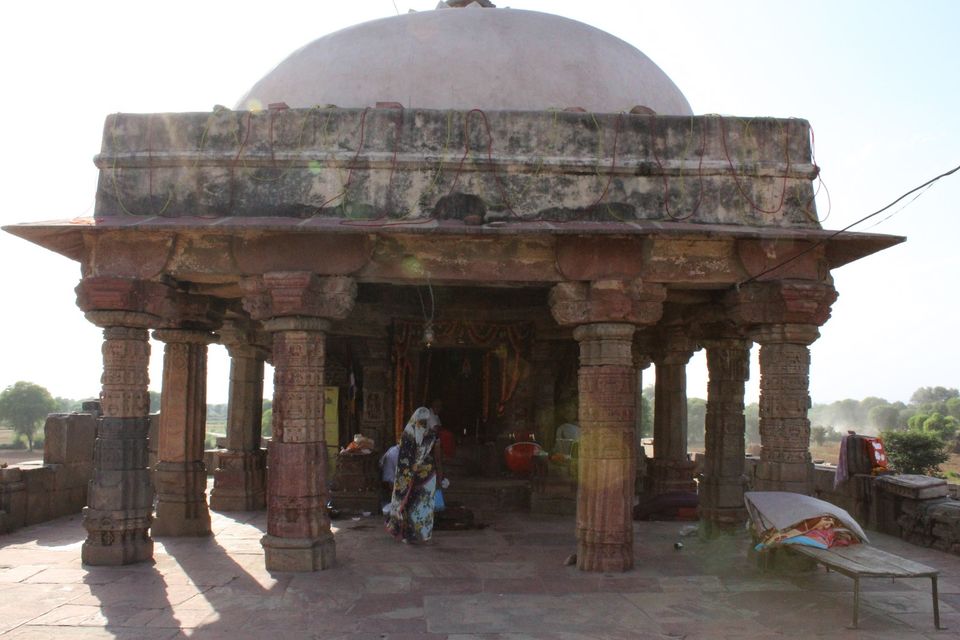 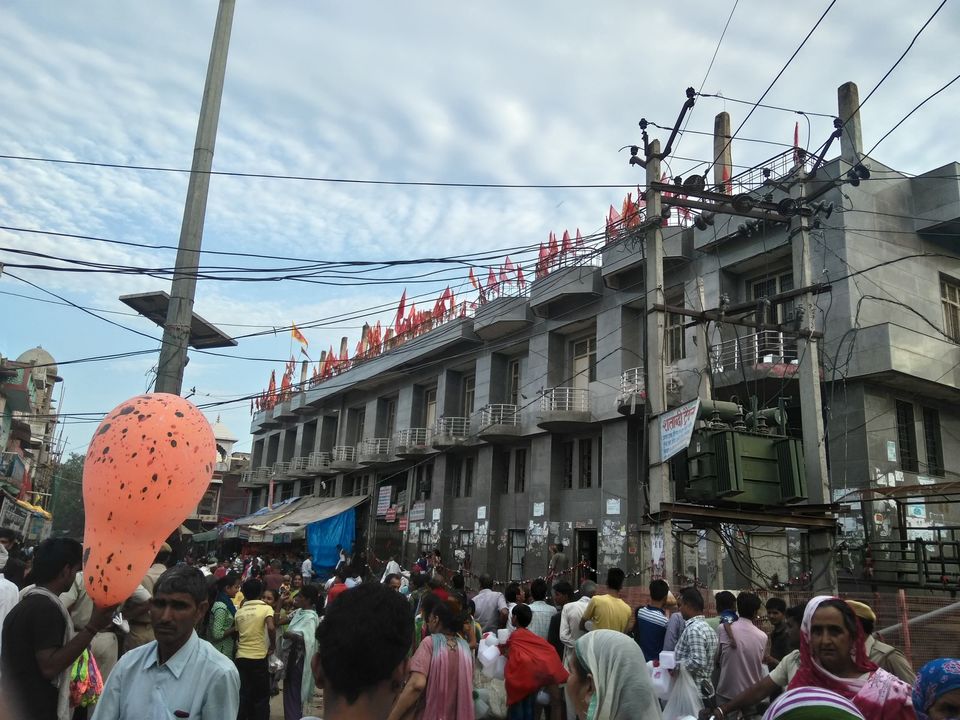