Valparai is a hill station with full of tea gardens. It is uncommercialised and people are rarely aware of this Taluk. It is located 3,500 feet (1,100 m) above sea level on the Anaimalai Hills range of the Western Ghats, at a distance of 100 kilometres (62 mi) from Coimbatore and 65 kilometres (40 mi) from
Pollachi.

I went to Valparai by rental car( MYLES ) with three of my friends- Rajni,
Rashmi and Debu. It took 13 hrs to reach there as it is 600 kms from Chennai.We
left in the Early morning, we stopped on the route for breakfast,lunch, dinner
and just good sightview. Once we paused at a Shiva Temple which has 1008 Shivlings
so beautifully aligned.

We talked, shared our life's funniest moments and laughed hard.

After whole day journey, we finally reached Valparai crossing 40 hairpin bends.
With every hairpin bend, we were getting one step close to the top of the hill.
Now the problem there was we did not book any accomodation. We were running
short of time as we had to find the stay and had to have dinner also.

Everywhere we could see the homestays around. So we checked out a few homestays
and finally stopped by one. It's a furnished 2 BHK flat. We found it ok and didn't waste our time as we had
no options and prices were getting high because of weekend. After a quick
freshen-up, we went for dinner to restaurant named as' Krishna Inn '. The food was
delicious- be it non-veg or veg.

That day after coming back to our stay, we gossipped and crashed out as next day we
had to get up early.

So the next day , we left for the highest point taking a teenager as our guide.
Funny thing is he developed crush on me..LOL...but he is just in Grade 9 and so
intelligent and fluent in English in his age and at a small place like Valparai.
He took us around to the beautiful spots of the town.

Firstly we went to the highest point in Valparai where our car got stuck on a narrow road
and because of state Election, we couldn't go further. Then we thought of going to Nirar Dam. Sun was on our heads. It was extremely hot there. This dam is very heighted. It was getting renovated that time, so could not even get in there.

But to be *noted* - interesting thing about this dam is it has 8 km long tunnel which has river upto knee length but that time we were restricted to go there too. After that we stopped by a small tea shop which served amazing tea with yummy cookies. And clicked many pictures of flora.

Then we headed to the Loam's viewpoint and saw the sunset from the Grasshills. We were taking pictures and everything was going fine. Suddenly we heard some ROAR that too not once or twice,many times.
So we all were really frightened and we quickly went into the car. The roar gave us goosebumps. It was so horrifying
as we were in the jungle and Elephants, Tiger, boar and leapard are the commonest animals found there.

But then we moved ahead and realised that there was a temple nearby and some song played in the temple.
Huh..!!! What a relief it was..:P

Then comes the DAY 2..another exciting day of the trip...Read more...
We left early after having South Indian breakfast from the homestay as our return journey as per the plan
was going to be longer ( Returned via Kerala route). En route, we encountered many small waterfalls and foggy tea gardens.
We have also been to one of the well known dams i.e. SHOLAYAR DAM which is 20 kms from Valparai. It's view from
top of the hill was splendid..!!!

We then moved ahead to next place while returning back to Chennai- Vazhachal falls and then Athirapally falls. Yeah,
the FAMOUS one WHERE the popular
songs like JIYA JALE(DIL SE..), BEHNE DE( RAAVAN), BAAHUBALI, CHURA LIYA HAI TUMNE etc. It was so crowded
that we got stuck in Traffic Jam. We did not get any place to park our car nearby the fall. So we had to park it
very far. We took tickets and we were astonished to see the crowd , it seemed like another 'KUMBH MELA'...There were 3 routes to
go to the falls. Some people were coming back from one of the ways after taking bath there. We went to the least
crowded location of the fall where we could relax peacefully and enjoy the mother nature. On seeing the waterfall, we were OMG..!! GORGEOUS..!!

The bliss-pool at the bottom was crystal clear that we could see our foot vividly. Then we had lunch
at the nearby restaurant there. My friends had freshwater fish and I had Kerala meals - Lipsmacking it was..!!

And then we returned back to Chennai with a lot of memories ..!!!! 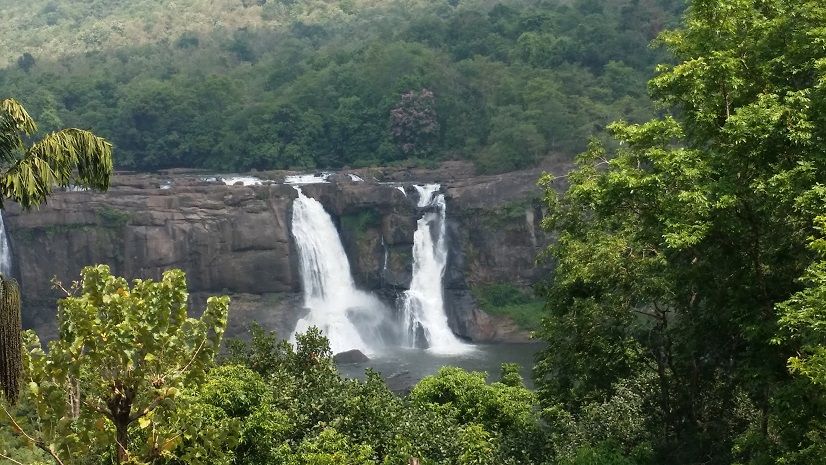 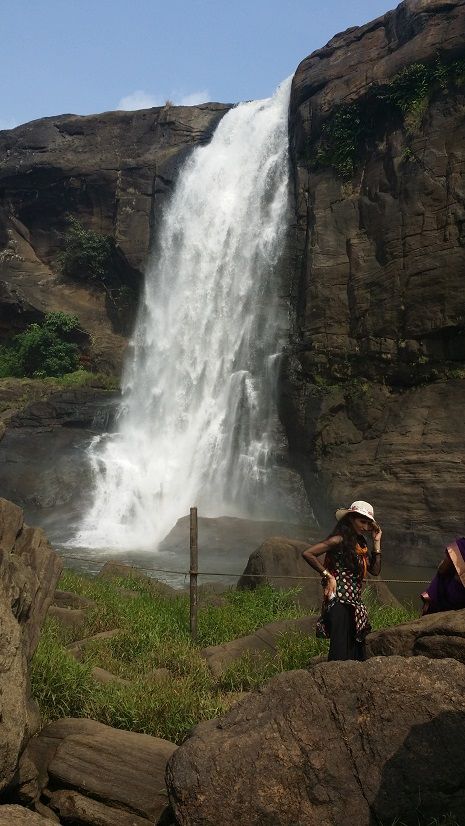 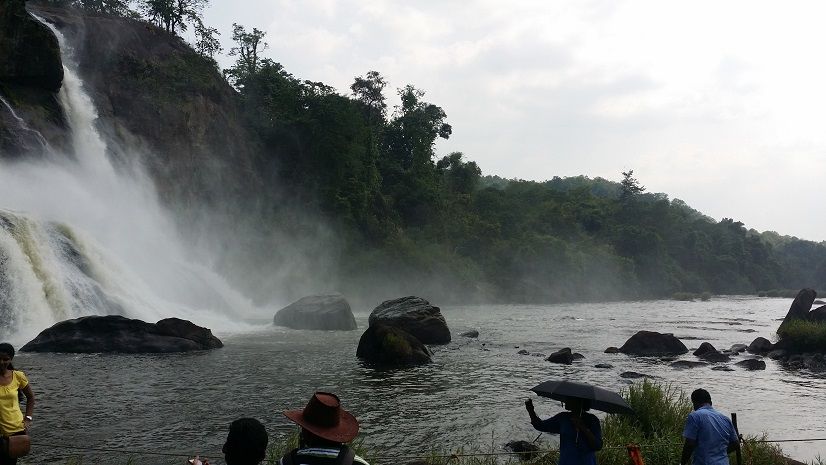 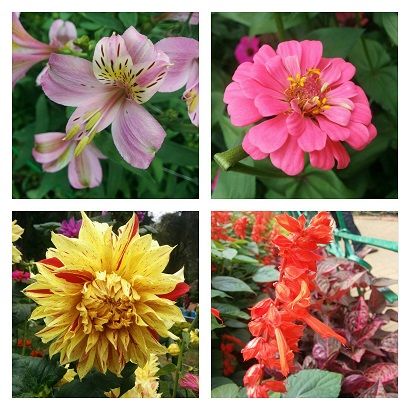 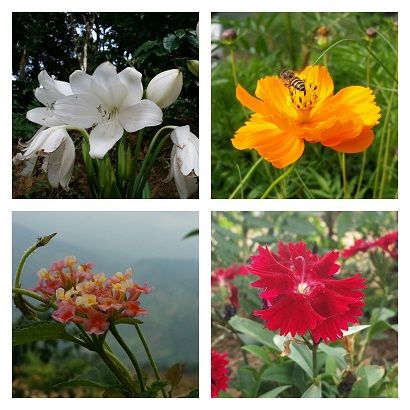 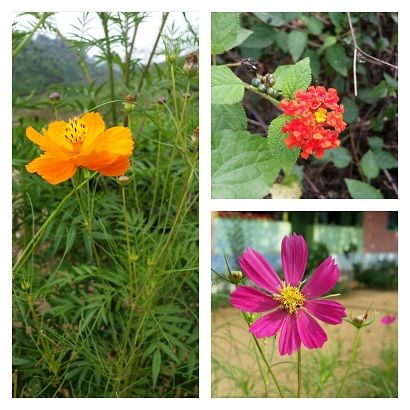 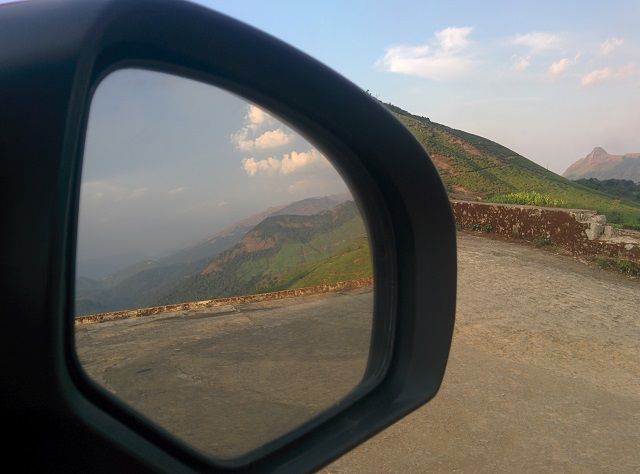 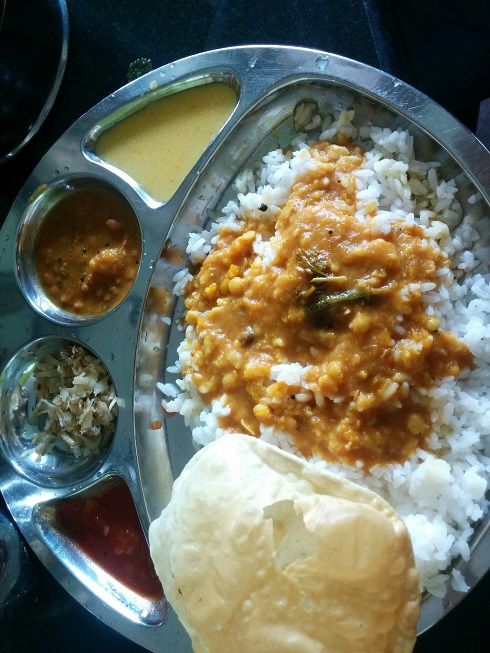 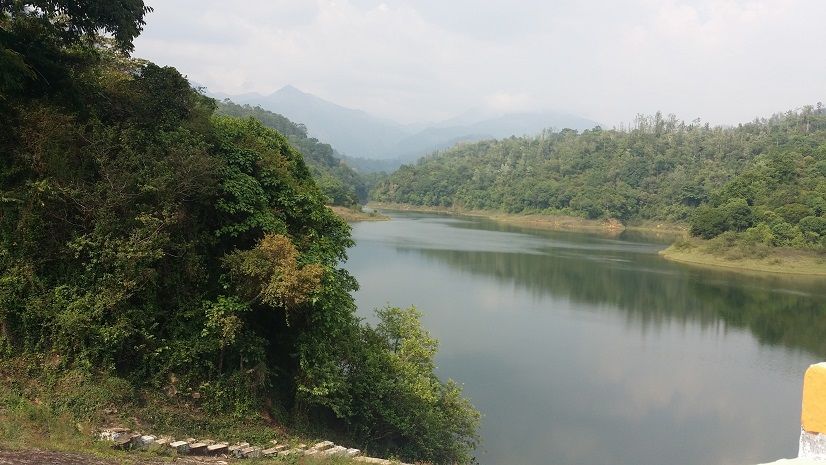 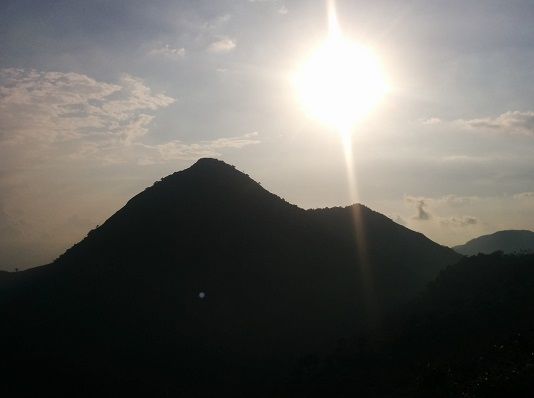 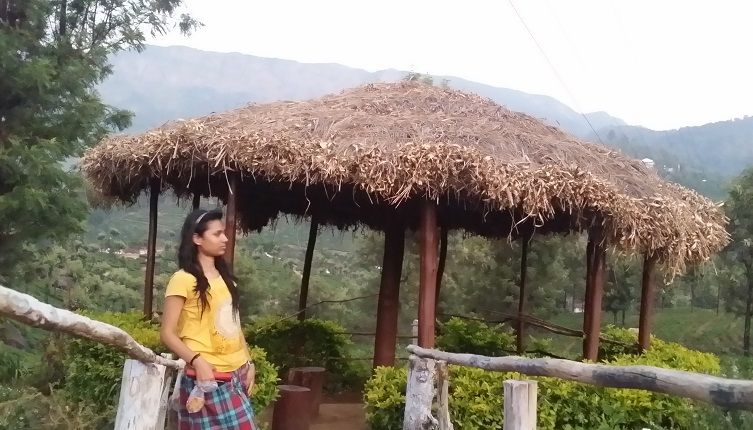 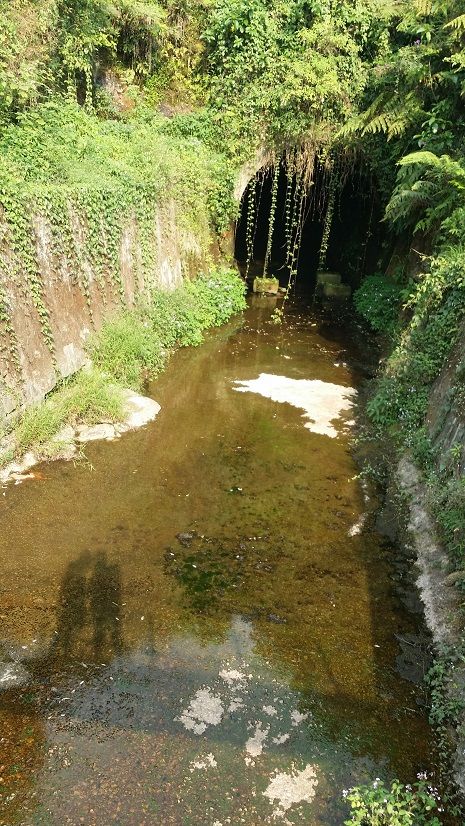 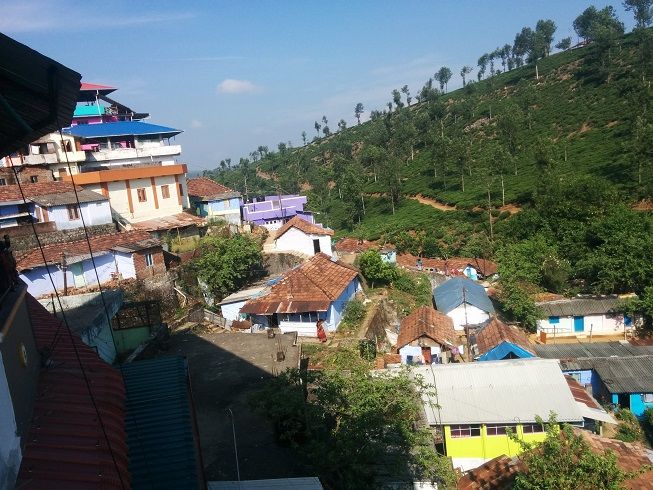