When we finally reached Dharamkot 12 hours later, it was no surprise that Melvin was my roommate at the home-stay. We crashed almost instantly after unpacking. It was around three in the morning and I was feeling restless. I turned over to see what Melvin was up to, and I kid you not, he was staring right at me. There wasn’t even a phone in his hand that he could have looked up from. I played it cool, turned back over, said a silent prayer and forced myself to go back to sleep. I woke up fine.

Needless to say that Melvin did some other, lets say odd things throughout the trip that messed with a little more than a few minds. 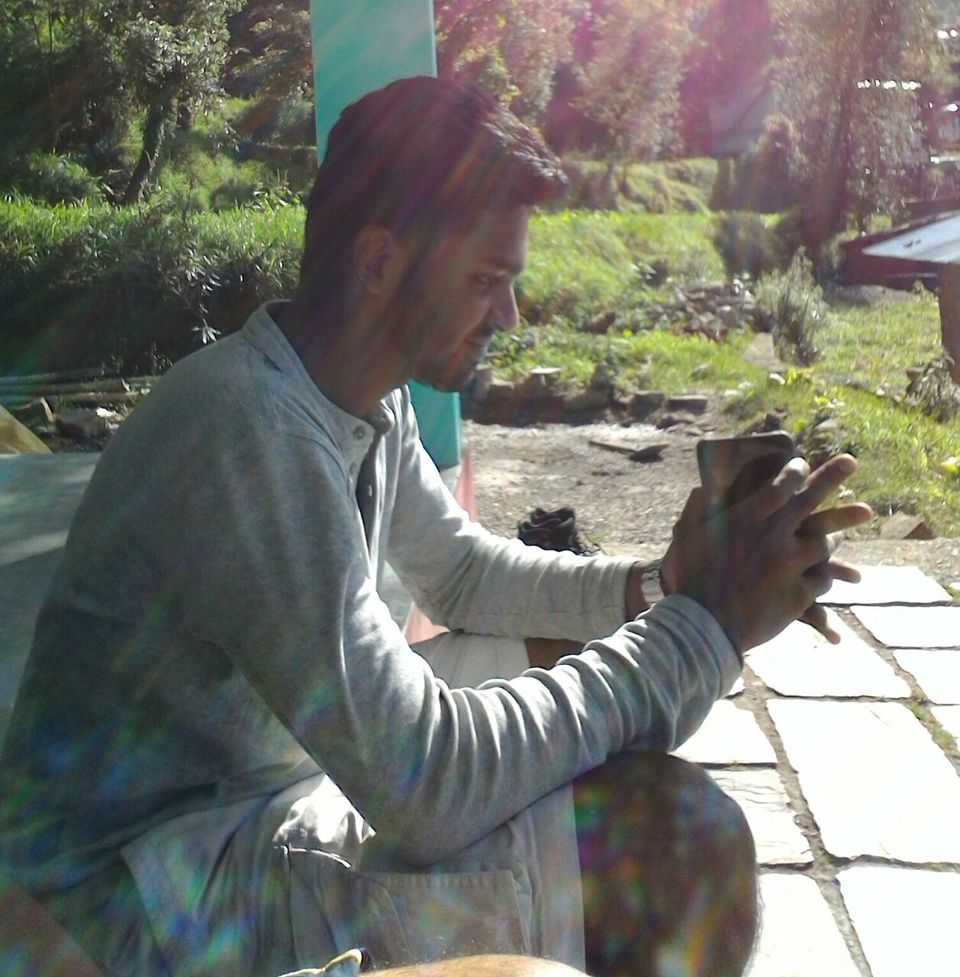 With no more flight related mishaps, we reached Delhi. The pollution capital of the country didn’t disappoint. The heat was intense compared to the weather back home. So we did the logical Indian thing that always trumps weather conditions, had hot chai. We couldn’t make our way to the rendezvous point to meet up with the organisers, because Melvin’s (changed the name to throw the cops off his trail) plane hadn’t landed yet.

Melvin is a friend of a friend. He was travelling solo from Chennai and was supposed to meet us at the airport. We sat there for a good while before I noticed this shady looking guy staring at us from behind a group of people. Considering we were in Delhi, I decided to let it slide. But the staring continued to a point where I felt he was looking into my soul. I told my friends about him and obviously, it turned out to be Melvin.

A few awkward hand-shakes and introductions later, we were on the road again, heading to Dharamkot. Melvin was next to me in the bus. Long, bone chilling silence followed by Piku being shown on a tiny screen was getting to me, and so I decided to get to know Melvin. My bad.

He told me that he was a big fan of trekking. So we got to talking about that. Apparently day time trekking is too mainstream, and so midnight treks were his thing. Out of nowhere, he casually says this, “Like the time I pushed that guy off a cliff.” Wait, what? There was no way that I coudn’t know this story now. So after some boastful resistance, he told it.

He was on a midnight trek once, and came across a man who was drunk in the middle of the path. He asked him to move once, didn’t budge, twice, didn’t budge, thrice, didn’t budge. So Melvin budged him off the cliff! The story isn’t as scary when compared to the calm, self content way that Melvin told it. I had had my share of weirdness for the day and dozed off expecting nightmares.