The iconic Chhatrapati Shivaji Maharaj Terminus and Elephanta Caves finally have company! Mumbai's Victorian and Art Deco Ensemble of Mumbai has now been identified by United Nations as India's newest World Heritage Site. The ensemble consists of a range of architectural marvels that comprise both 19th century Victorian Neo Gothic buildings and 20th century Art Deco buildings. It is one of the most popular heritage sites in India.

Where is it: Fort, Mumbai

Why visit: Get a sneak peek into the elaborate architectural styles of the 19th and 20th century

How to reach: Nearest airport is the Chhatrapati Shivaji Airport in Mumbai, which is 30km away. Nearest major railway station is Mumbai Central Railway Station, which is 5km away.

You can read more about these buildings here.

For someone who came in late, a World Heritage Site is selected and recognised by the United Nations on the basis of its "cultural, historical, scientific or any other form of significance". These sites are preserved and protected by UNESCO and international treaties.

There are 36 such sites in India, that include the usual suspects such as Taj Mahal, Qutab Minar, Humayun's Tomb, etc. But there are many more incredible sites that most of us aren't aware of. Hence, I'm listing down ten of the most surreal UNESCO World Heritage Sites in India you had absolutely no idea about: 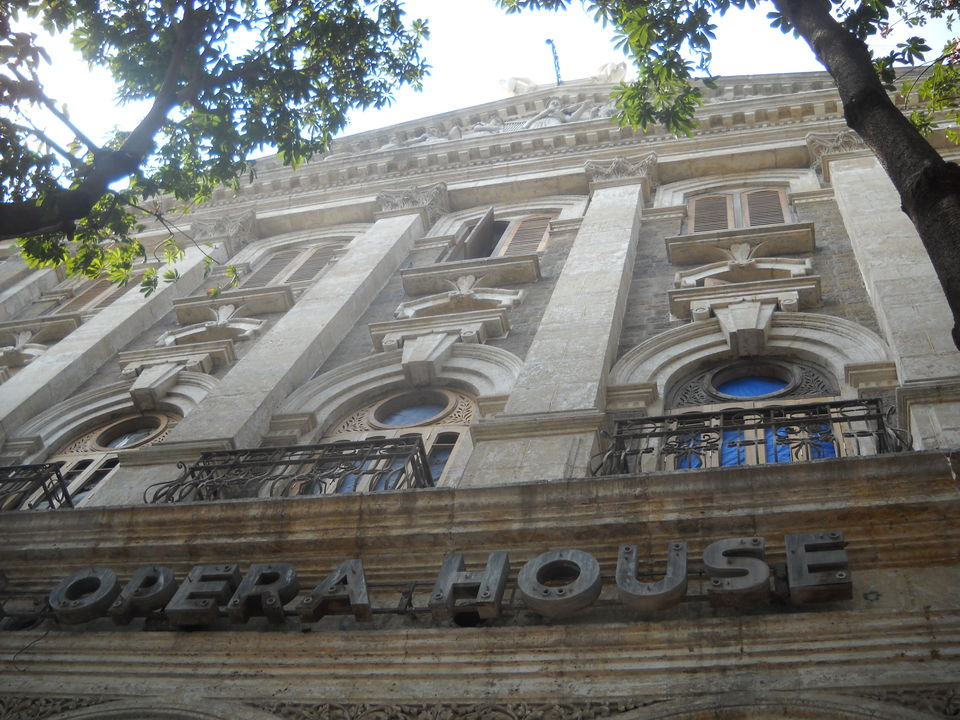 Royal Opera House was indicted in the list of UNESCO World Heritage sites on November 8, 2017. Located near the famous Girgaum Chowpatti beach, the opera house was built during the British rule in India in 1912. Although the performances were closed down in 1993, its restoration started in 2008 and was completed in 2016 after which a performance was also hosted there after a gap of 23 years. Recently, a live Jazz bar was opened up inside to transport music connoisseurs to a different era altogether.

Where is it: Mumbai

How to reach: Nearest airport is the Chhatrapati Shivaji Airport in Mumbai, which is 22km away. Nearest major railway station is Mumbai Central Railway Station, which is 9km away. You can take public buses or hire private taxis from the airport as well as the railway station. 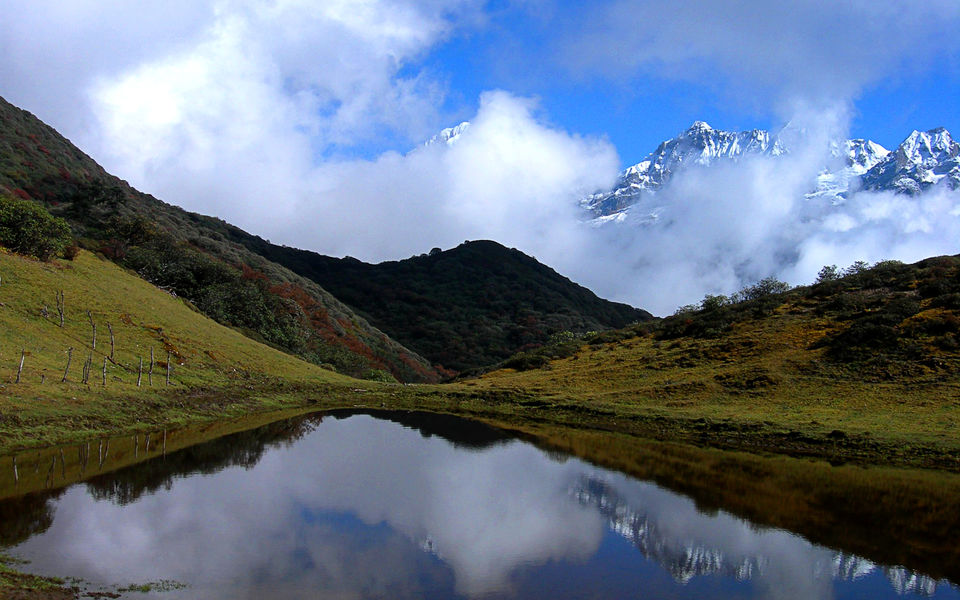 You may have heard of the mountain peak alright, but the national park (or the biosphere reserve) located in Sikkim is no less important. It is the latest entry in the list of heritage sites in India. The 1784 sq. km-large site is home to an outstanding variety of flora and fauna, mountains, plains, glaciers, valleys, and much more. Mt. Kanchenjunga here is the subject of many a folklore and myths that have impacted the formation of various fundamental Sikkimese ideologies. The national park is a heaven for nature lovers and bird-watchers.

Where is it: Sikkim

Why visit: To see Mt. Kanchenjunga, the third highest mountain peak in the world.

How to reach: Nearest airport is in Bagdogra, Darjeeling, which is 222km away. Nearest railway station is Siliguri Junction, which is 221km away. You can take public buses or hire private taxis from the airport as well as the railway station. 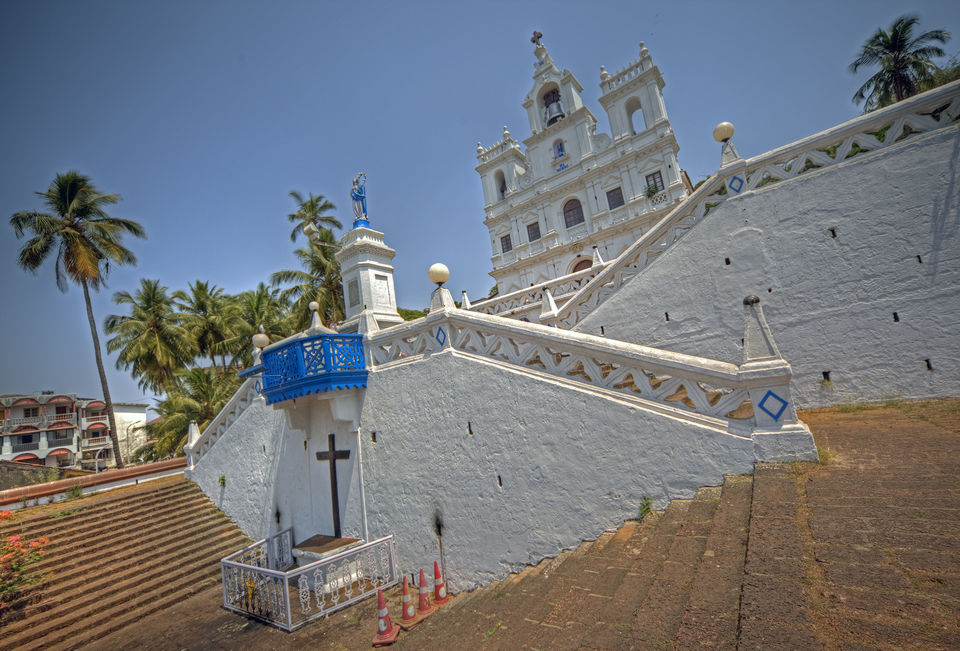 Goa is the unofficial beach capital of India, but that doesn't mean the state is any less geographically or culturally significant in other aspects. The churches and convents of Goa provide a fair depiction of evangelisation in Asia through their baroque architecture and rusty art inside. The Church of Bom Jesus is arguably the most renowned of the lot because it houses the tomb of the influential 15th century Catholic Missionary St. Francis-Xavier, attracting thousands of religious and non-religious tourists every year. The area also once served as the capital of Portuguese India, till it was abandoned in the 1800s due to a plague.

Where is it: 10km from Panaji, Goa

Why visit: If you're interested in exploring the ruins of the area that served as the "center of the Christianisation in the East". The churches are pretty well-maintained as well.

How to reach: Nearest airport is Dabolim, which is 24 km away. Nearest railway station is Karmali Station, which is just 3 km away. You can take public buses or hire private taxis from the airport as well as the railway station. 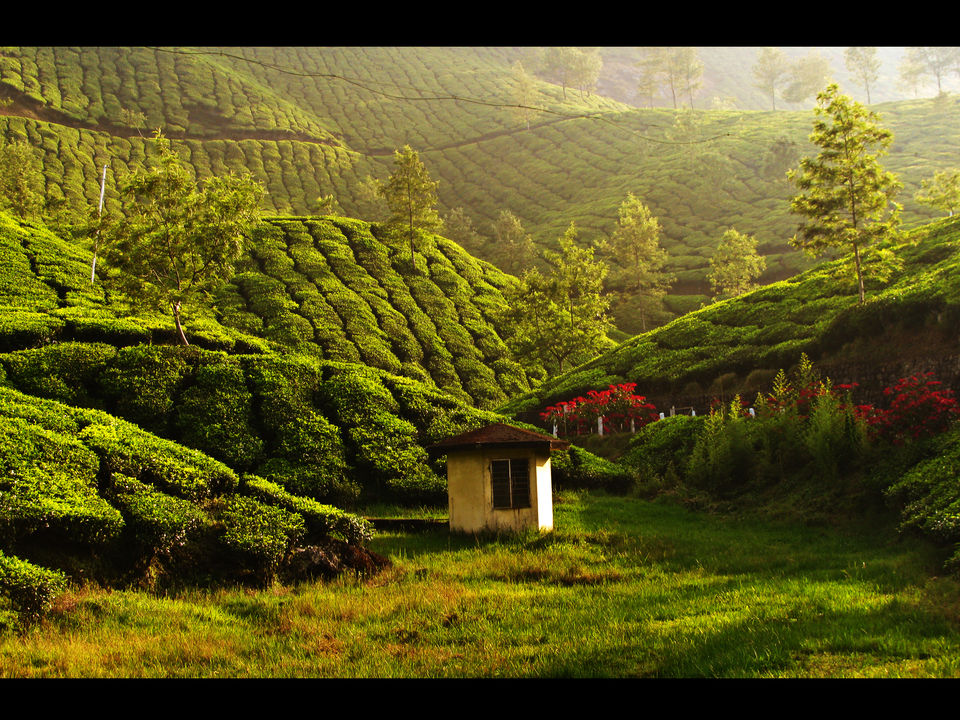 The Western Ghats are also known as Sahyadris in Hindi, which literally translates to "the benevolent mountains". The colloquial christening must have been done owing to how important they are in terms of biophysical and ecological processes that take place through the entire western coast of the Indian peninsula. Surprisingly, the Western Ghats are even older than the Himalayas, which is a testimony to their significance in moderating the climate of the region. The mountain chain is approximately 1,600km long and runs through the states of Gujarat, Maharashtra, Goa, Karnataka, Kerala and Tamil Nadu.

Where is it: Everywhere between Gujarat and Tamil Nadu on the Indian west coast.

Why visit: The mountain chain is home to at least 325 species of flora and fauna that are universally endangered.

How to reach: Travel to any of the states listed above via whichever medium of transport and you will be able to spot them. 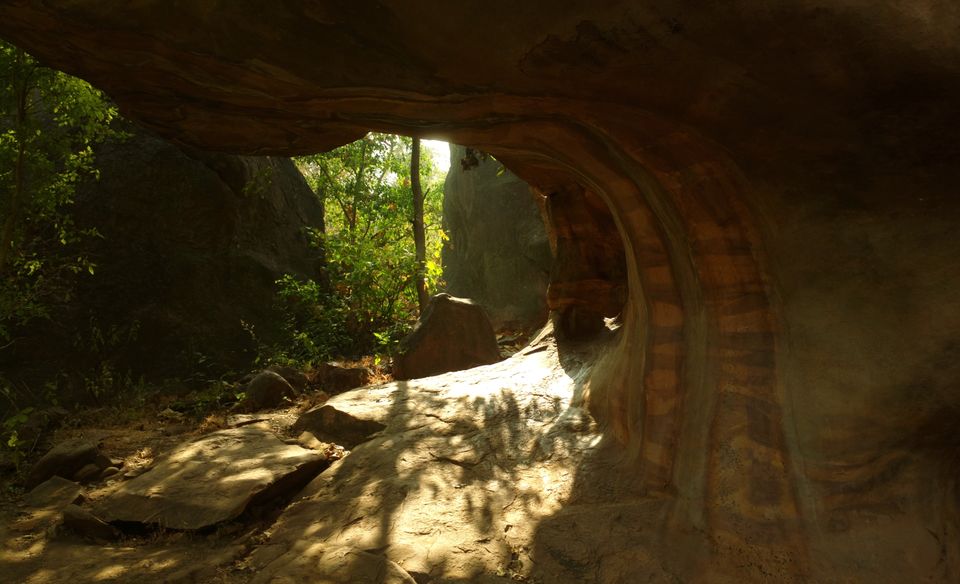 Deriving its name from Mahabharata's Bhima, Bhimbetka is widely believed to be the beginning of the Indian Stone Age. These natural Palaeolithic rock shelters are located inside the Ratapani Wildlife Sanctuary in Madhya Pradesh and have been preserved amazingly well since over 100,000 years ago. The shelters display paintings enabling modern archeologists and anthropologists to understand how man lived and behaved in the prehistoric times.

Where is it: Located in the Raisen district, which is 45km away from Bhopal, the capital of Madhya Pradesh.

Why visit: This is home to the earliest races of human life on the Indian subcontinent.

How to reach: Both, the nearest airport and railway station, are located in Bhopal. You can take public buses or hire private taxis from the airport as well as the railway station. 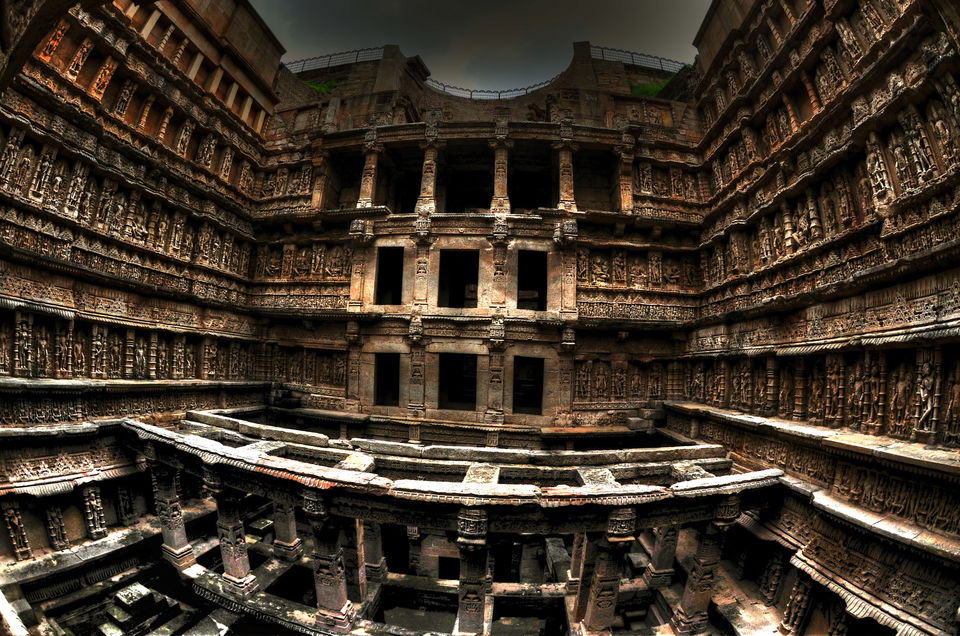 Rani-Ki-Vav is an intricately constructed stepwell on the banks of River Saraswati, which is replete with secular and mythological imagery sculpted all over. This heritage site in India has inexplicably gone under the radar these past few years. School textbooks barely ever mention the name of this extremely important site of cultural heritage and the government of Gujarat never took any effort to promote it either. But its recent inception to the World Heritage Sites list has suddenly catapulted it back to fame. The story of its origins is also very fascinating as it is believed to have been built by the widowed queen Udayamati in memory of her deceased husband Bhima in the 11th century AD.

Where is it: Patan, Gujarat

Why visit: To witness the panache of the Maru-Gurjara style of architecture. Also because it was named the "Cleanest Iconic Place" in India in 2016.

How to reach: Nearest airport is in Ahmedabad, which is 130km away. Nearest railway station is in Mehsana, which is 41km away. You can take public buses or hire private taxis from the airport as well as the railway station.

Group of Monuments at Pattadakal 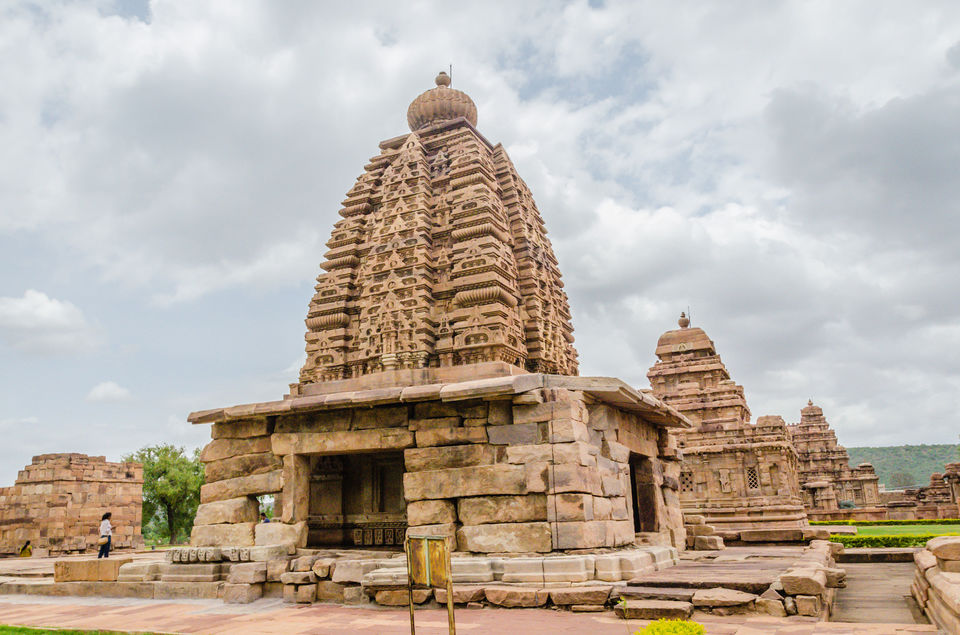 Although Pattadakal has gradually become an important tourist site in Karnataka, most, even natives living nearby, do not yet know this. The Group of Monuments in this tiny village include Hindu and Jain Temples from 7th and 8th centuries and all of these were constructed by the master craftsmen of Chalukya dynasty. The most famous of the lot is the Temple of Virupaksha, which was built by Queen Lokamahadevi in 740 AD; the temple marks a high point in terms of a melange of northern and southern forms of architecture.

Where is it: Bagalakote, Karnataka

Why visit: The place is of historical, archeological, cultural as well as religious importance.

How to reach: Nearest airport is in Belgaum, which is 180km away and is well-connected with Mumbai and Chennai. Nearest railway station is in Badami, which is 22km away. You can take public buses or hire private taxis from the airport as well as the railway station. 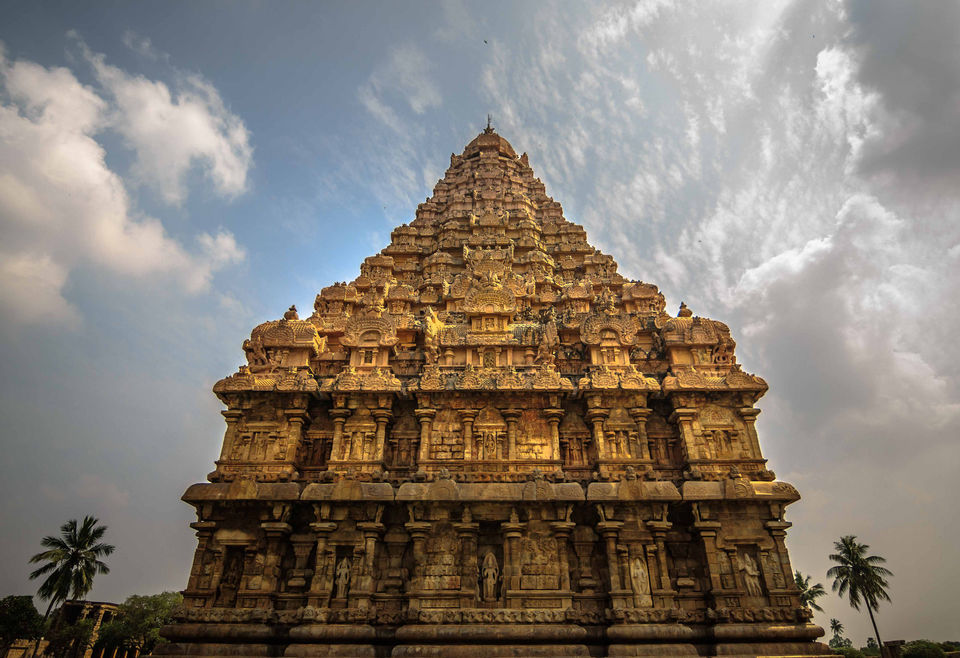 Staying put in south to end our list, the Great Living Chola Temples were built between the 11th and 12th centuries by the Chola dynasty. The list comprises three temples, namely Brihadisvara Temple at Thanjavur, the Temple of Gangaikonda Cholapuram and the Airavatesvara Temple at Darasuram. The temples are an immaculate proof of the dexterity of design, architecture, sculpture painting and bronze casting of the Cholas.

Where is it: Thanjavur, Gangaikondacholisvaram, and Darasuram are all in Tamil Nadu

Why visit: The magisterial 24-m tall vimana and Shiva's stone image at the Airavatesvara temple complex are examples of detailed architecture at its finest.

How to reach: Both, the nearest airport and railway station, are located in Chennai. You can take public buses or hire private taxis from the airport as well as the railway station. 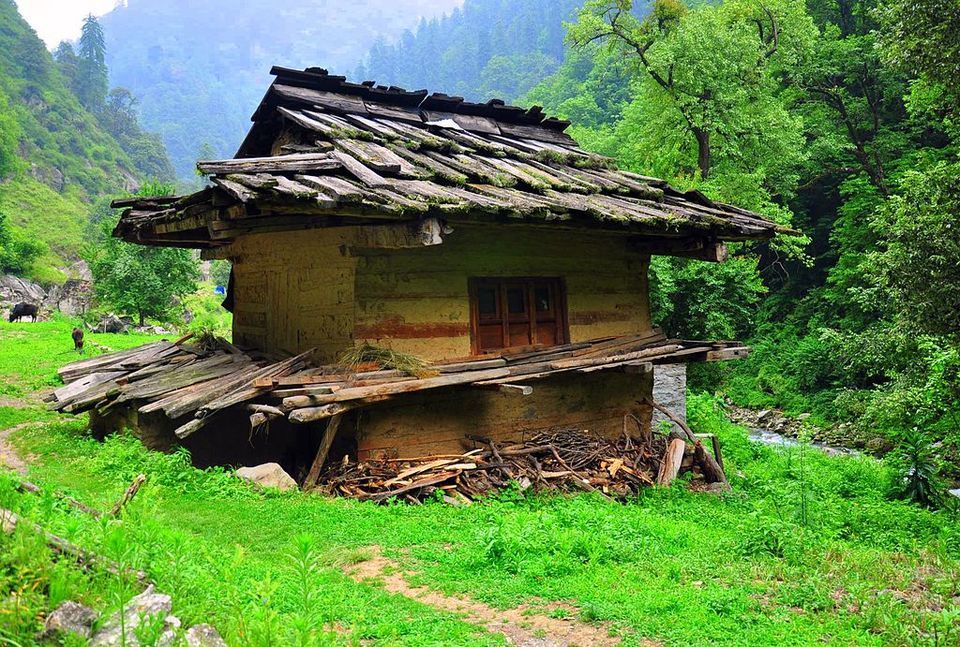 Located in the Kullu district of Himachal Pradesh, the Great Himalayan National Park(GHNP) is home to numerous flora and more than 375 species of fauna and is one of the most spectacular natural heritage sites in India. The flora and fauna are protected under the Wildlife Protection Act of 1972 and hence, any sort of hunting is prohibited.

Where is it: Kullu, Himachal Pradesh

Why visit: It is a haven for trekkers and wildlife enthusiasts. Expect to catch a glimpse of fauna such as blue sheep, snow leopard, Himalayan brown bear, Himalayan tahr, and musk deer.

How to reach: The nearest airport is Kullu, 46km away and the nearest railway station is Chandigarh, 296km away. After reaching Kullu, hire a taxi till the national park. 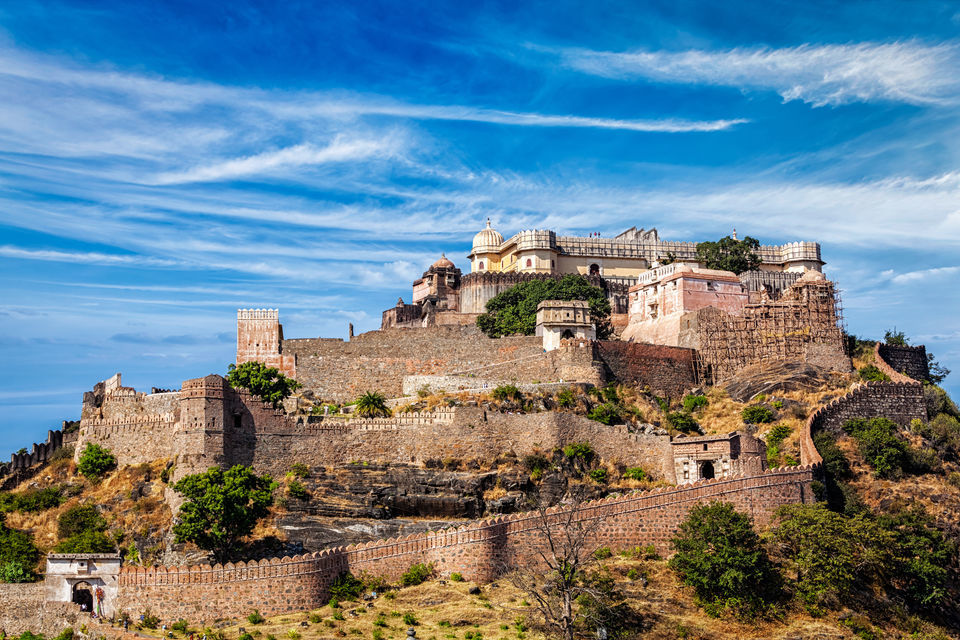 Hill forts of Rajasthan is a series of forts comprising the forts of Chittorgarh, Kumbhalgarh, Ranthambhore, Amber, Jaisalmer and Gagron. These forts represent the Rajput style of architecture which is characterized by mountain peak settings while utilizing the defensive properties of the terrain.

Where is it: Spread across the state of Rajasthan.

Why visit: To appreciate the unique architecture and get a bird's eye view of the surrounding areas from the hill fort.

How to reach: Rajasthan is a huge state and there are many airports, Jaipur being the prominent one. It's easy to move around in the state via taxis and public transport.

If you have just been introduced to some or most of these locations, do not be saddened for you are not alone in this circumstance. In fact, be happy that you now have seven new locations to add your ever-blooming personal list called "Places to visit before I die". However, if you have already been to any of these heritage sites in India, please share your experience with your fellow travellers in Tripoto community. We are already proud of you, but make us more proud by writing your trip.