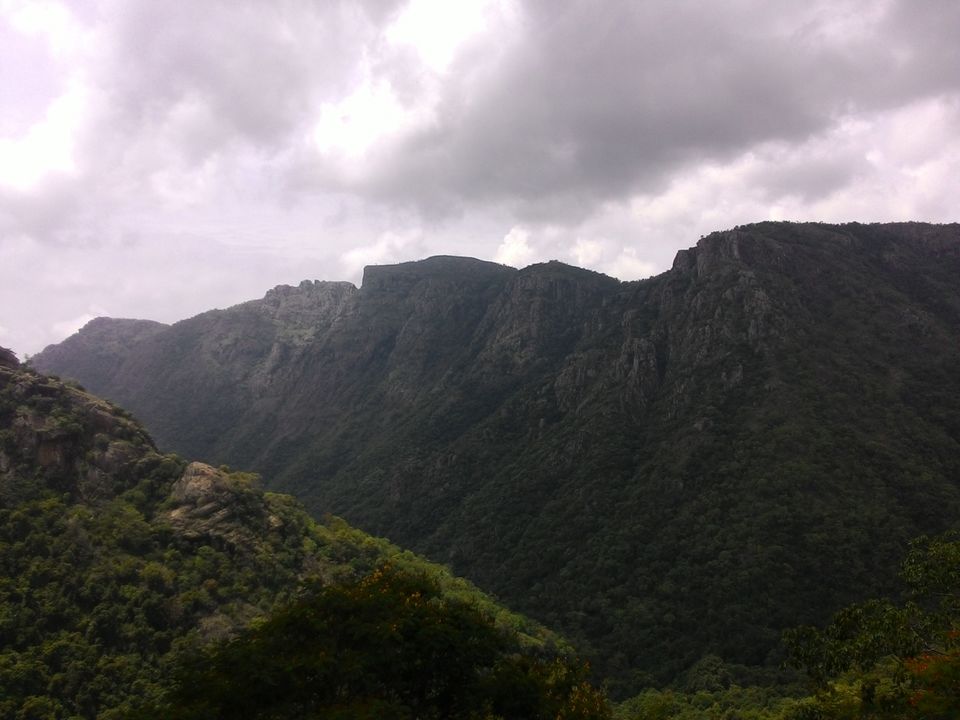 Hello wanderlusts. When you are bored with your life pack your bags and leave to the hills(assuming you are also a mountain person like me)to find that you and your problems are just 0.00001% of this world.

Kolli hills is one such place where I found myself so small compared to this world. It is located at a distance of 360 km's from Chennai,60 km's from Salem,250 km's from Bangalore. If you are planning for a road trip this is the best place to visit as it is also called as "Biker's Paradise".

I was in my beautiful hometown Salem for my vacations. The specialty of Salem is that wherever you turn you would always be surrounded by hill ranges.One day my wanderlust bug stung me to leave my home and go somewhere.So that's when i chose Kolli hills(because i have already been to Yercaud which is another biker's paradise for me).

A view from my house 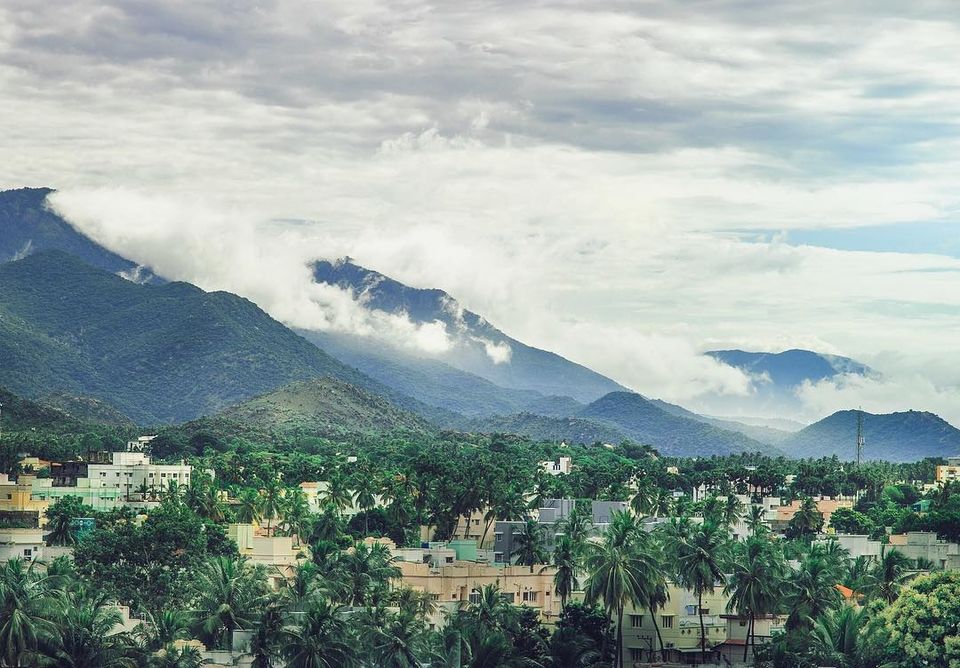 Just another beautiful morning in Salem 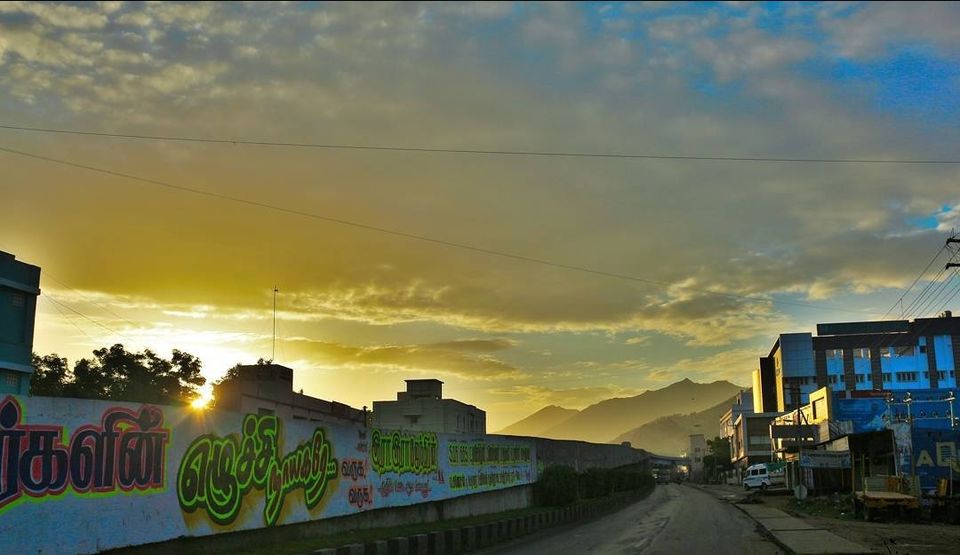 I got a scooter(had to choose scooter due to the petrol rates????) from my uncle and set to the hills early morning itself.It took me about 1.30 hours to travel through some beautiful hill views on the way.As I reached the foothills I could see her being covered with mist already and I was so pumped up.

Now here is the reason why it is called a biker's paradise.It has a total of 70 hairpin bends.yes you read it right 70 HAIR PIN BENDS!!Now i got to know why its named as kolli hills as kolli means kill in Tamil its named as mountain of death. As i was riding a scooter it wasn't that hard for me.I would be making easy bends and the bikers who were passing me would be jealous of me???? as they need to make a very careful bends. Believe me these bends are so sharp.

When I reached up,I saw a small town really about the size of a bus stand and its the whole town of Kolli hills!.There were some small shops selling fruits. Now I stopped for like 15 mins to have some tea and biscuit(that was my breakfast).After that I started again and made my way to AAGAYA GANGAI FALLS.

It is about 10-15 mins away from the small town and there were some peaceful views on the way. I parked my scooter and got a ticket for the trek to the falls. Initially I thought it would be so easy but it was worse as i hadn't stretched myself in months.The first view of the steps gave me a wow at the same time holy sh*t felling as there was a beautiful valley in front of me and the steps was at an inclination of 60° (respectively????).i saw there were kids as well as people of age 50's climbing up and saying hiyoo mudila(means I cant make it anymore).I gulped a bit but the views of valley made to go. It was beautiful view of valley filled with thick forest with no site of any concrete buildings which was so soothing to me as I live in Chennai.It took about half an hour to reach the falls as i was resting and enjoying the views.

The first view of the falls made me fell that all that hard-work to reach is worth it!.It called AAGAYA GANGAI FALLS as it looks like Ganga river falling from the sky(aagayam means sky).I didn't bring any clothes to bath in the falls.so i sat on one of the rocks few meters away from it and was enjoying its sprinkles.I also like to observe people and their activities as I'm an introvert.I sat there for like 30 mins enjoying her misty behavior and seeing people and their childish behavior in the falls.

Now here comes the hardest part. It is to climb up.luckily I was accompanied by a gang of kids of age 10-12 on my way up.we were literally having a race to reach up ????.we were running on steps for like 5 mins and halting for another 5 mins for rest.I didn't even carry a water bottle.I was so thirsty too.But those kids were my motivation.It took about 30 mins to reach top again.Without them it would have took me 50 mins. As soon i reached the top i quickly grabbed a water bottle and quenched my thirst while that falls quenched my wanderlust thirst.

I came to know that there was an view point near the falls.so I started again and went there which took about 10 mins.It was lunch time for others but i didn't rest.so there was no one to disturb my peace at that place.I spent only 10 mins there as I saw that there were rain clouds gathering to show its wrath.

Then I made my way down from the hills.Now this is the time you need to be very careful.remember when I told that its name is mountain of death. It showed me its nature.The roads were newly laid (like 3 hours ago)so the corner of the roads were not dried much.I was so tired due to the trek and lost my focus.I slightly went to the sides and slipped and fell down????.But luckily i fell on the mountain side not on the ridge side.my front brake broke down and i rode all my way down with only one brake.I cant even stand and take rest as the clouds were gathering quickly and i wanted to run fast because if i get caught in rains in the highways it will be night mare.Luckily I reached home safely with gods grace.

The best time to reach Kolli hills is during March-July as there would be no rains to block your sight seeing and its really dangerous to travel during rains.

Travelling always teaches you something. That day i learnt that all beautiful things could also be dangerous. Yet however made some wonderful memories.

The view on the highway 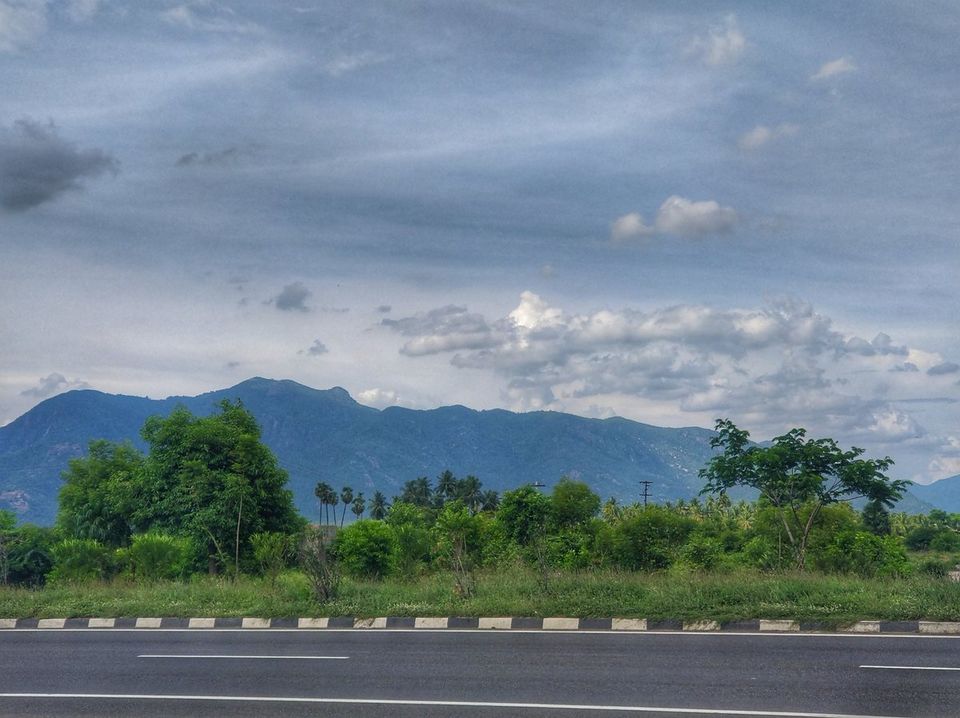 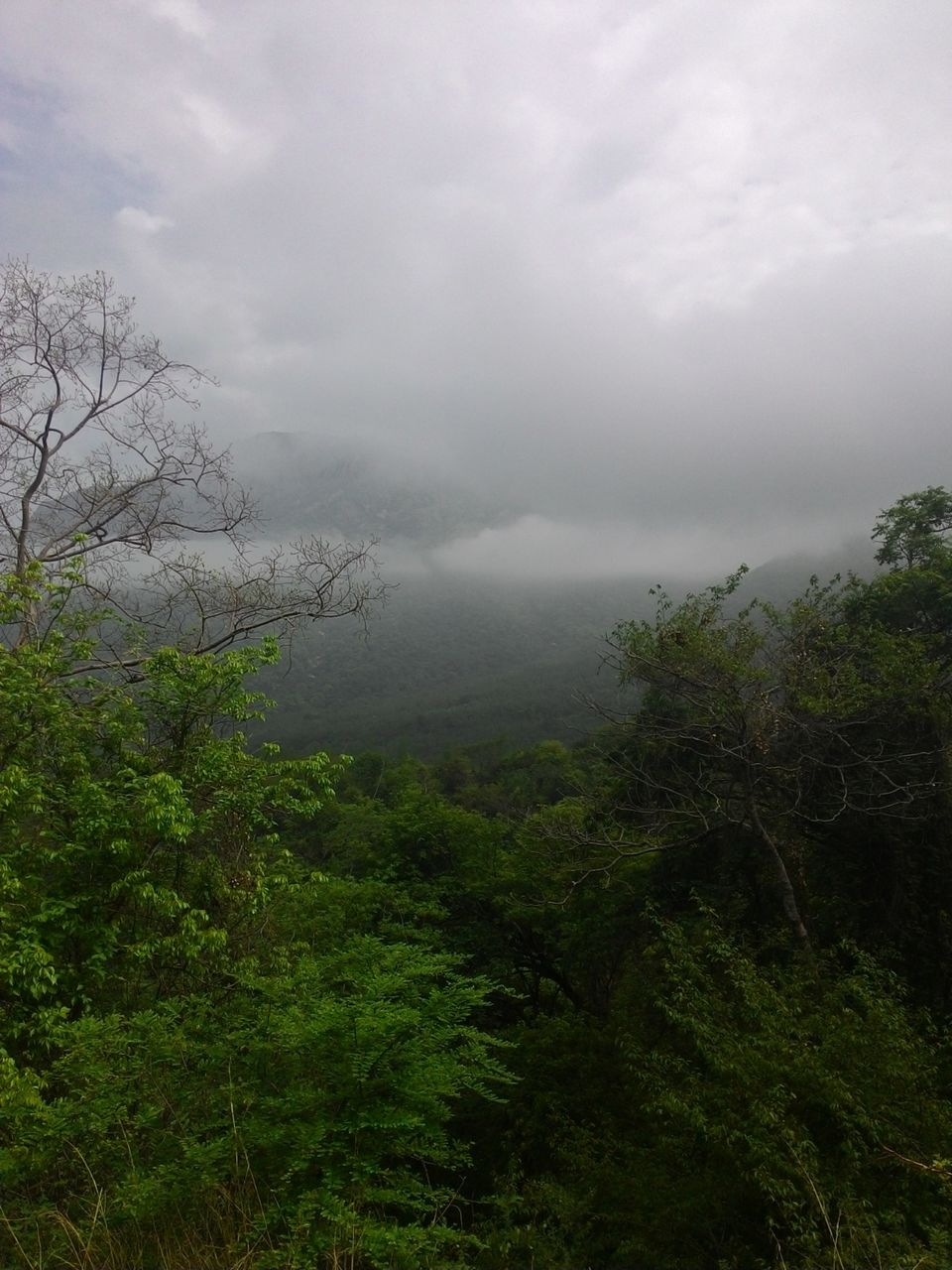 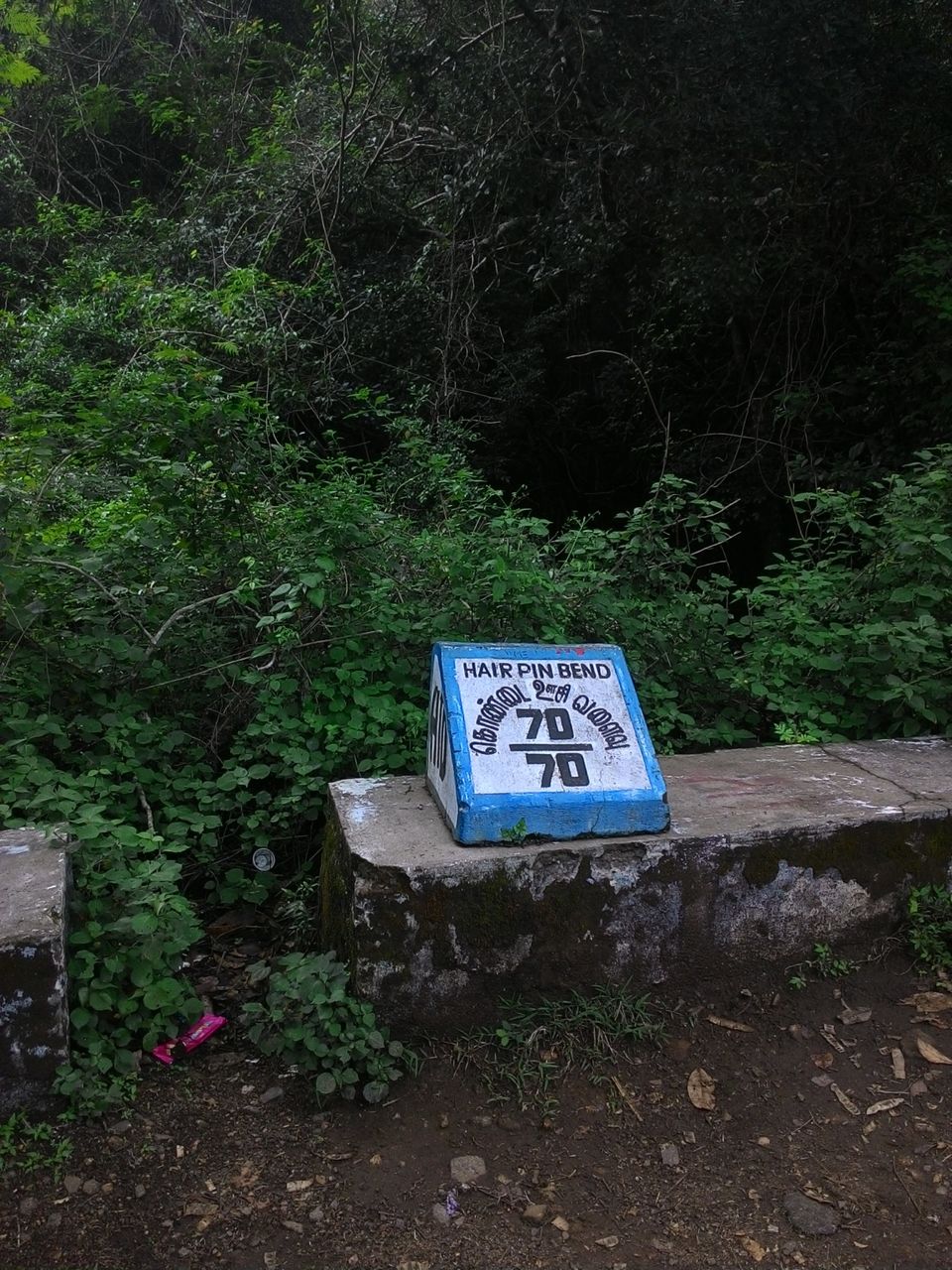 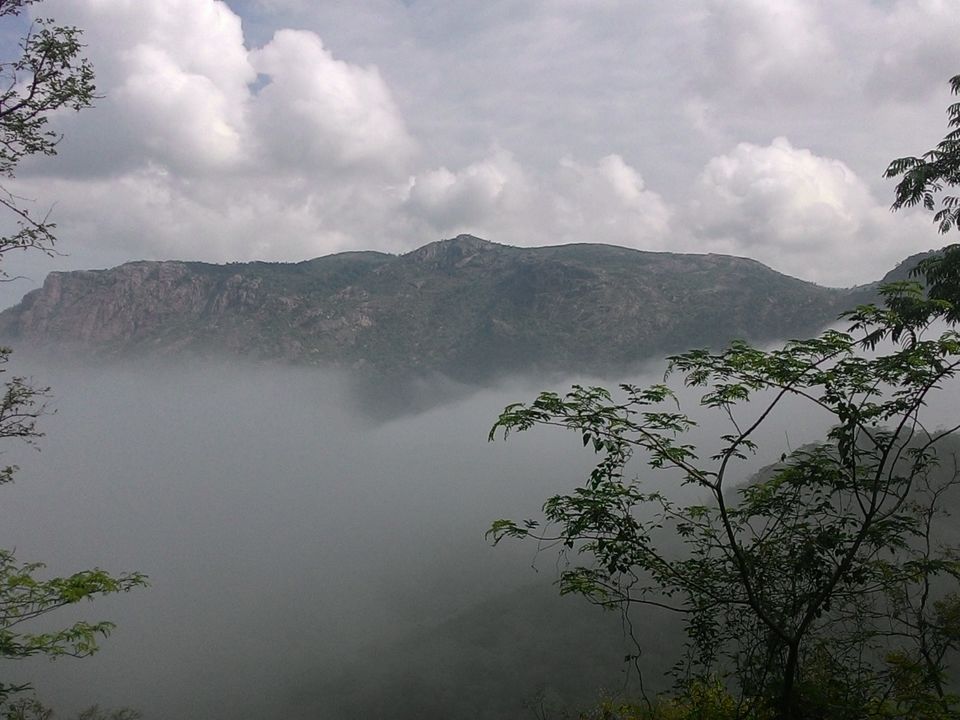 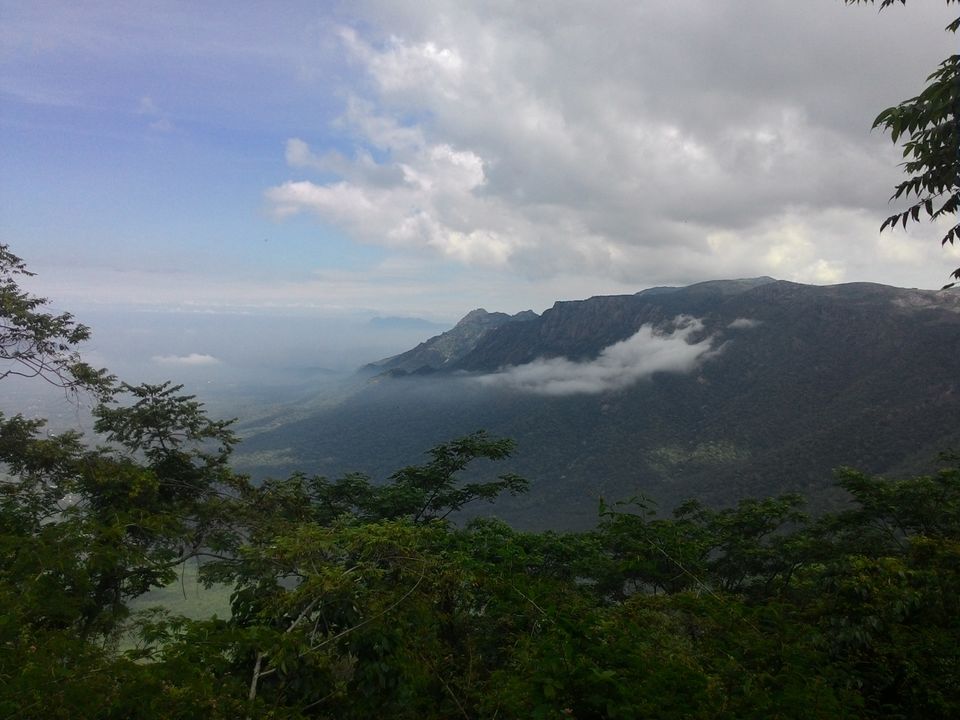 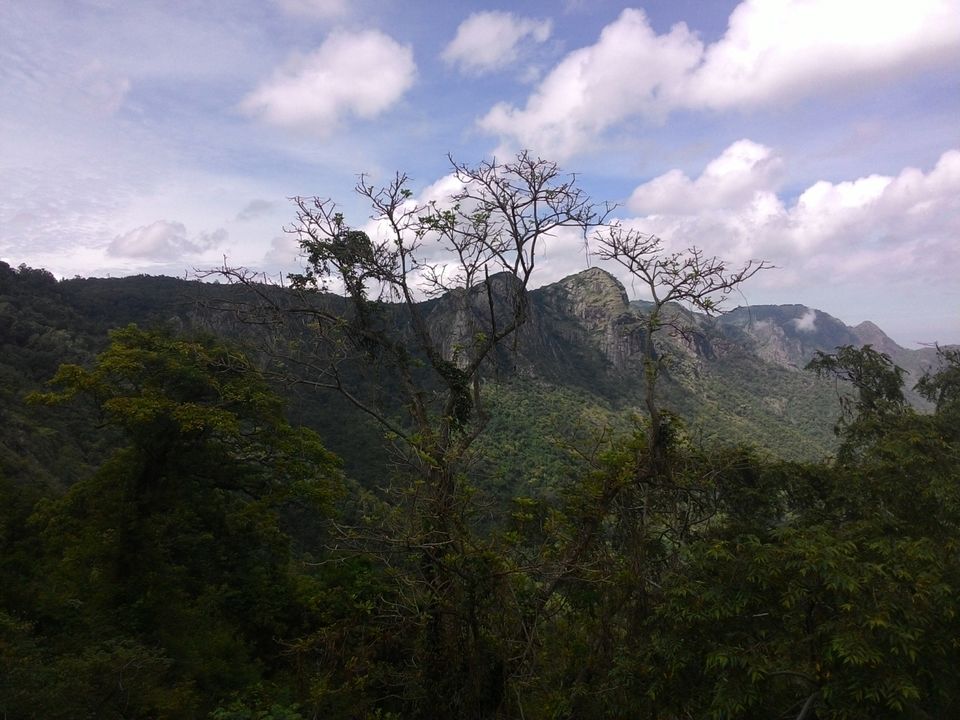 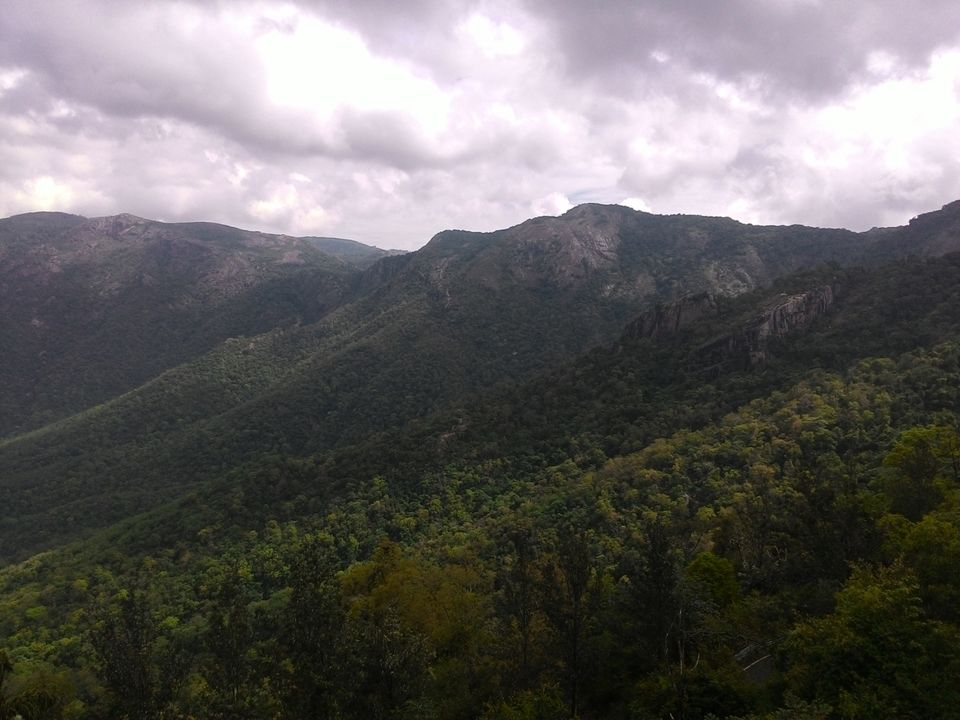 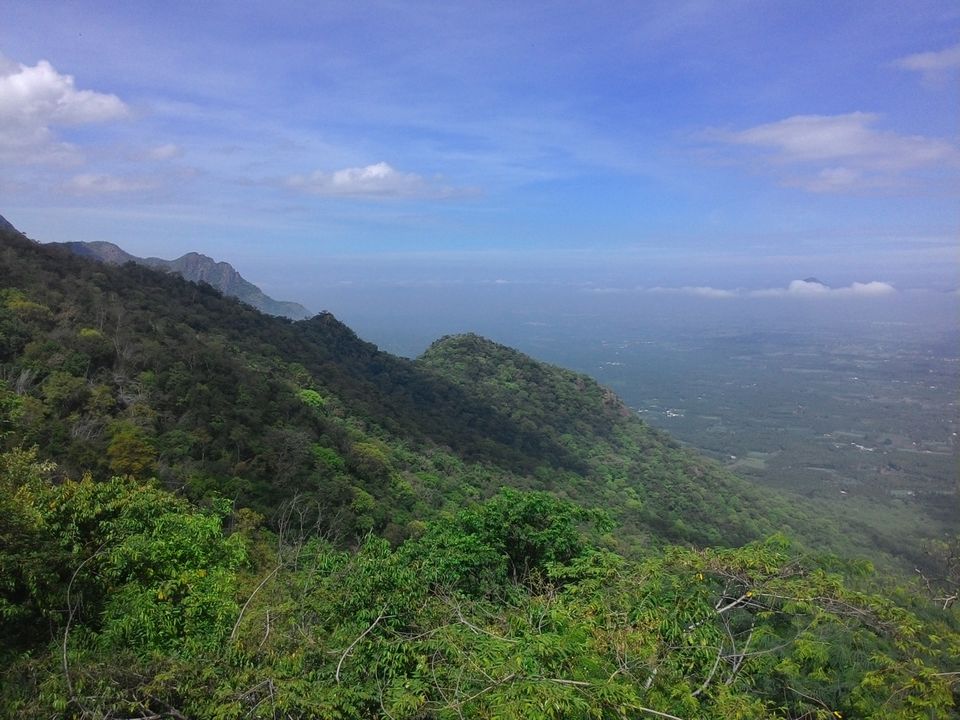 An view from hair pin bend 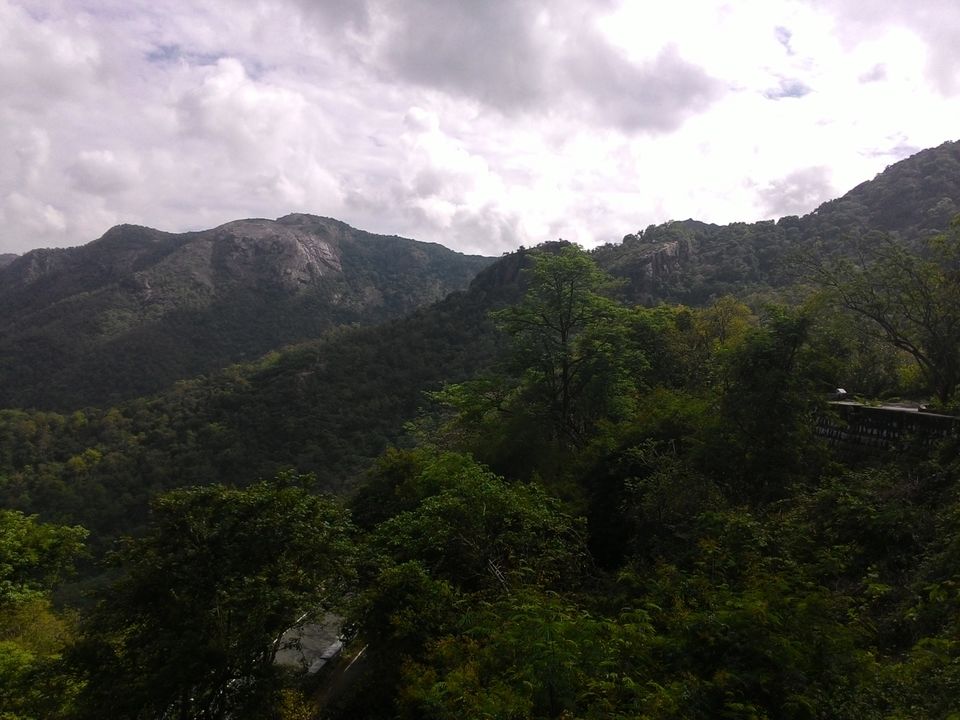 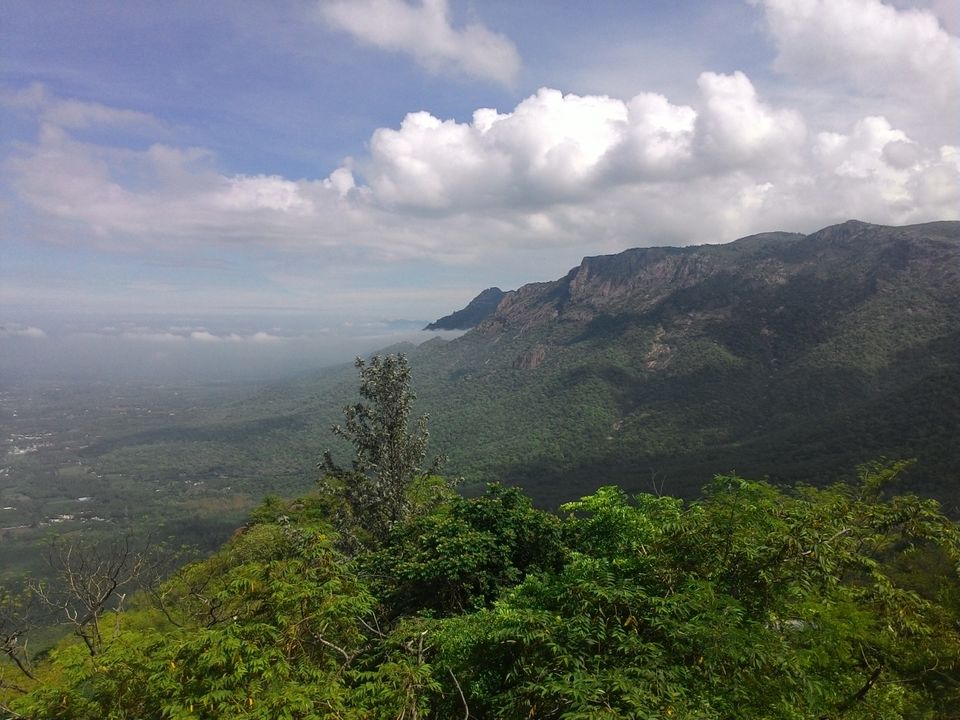 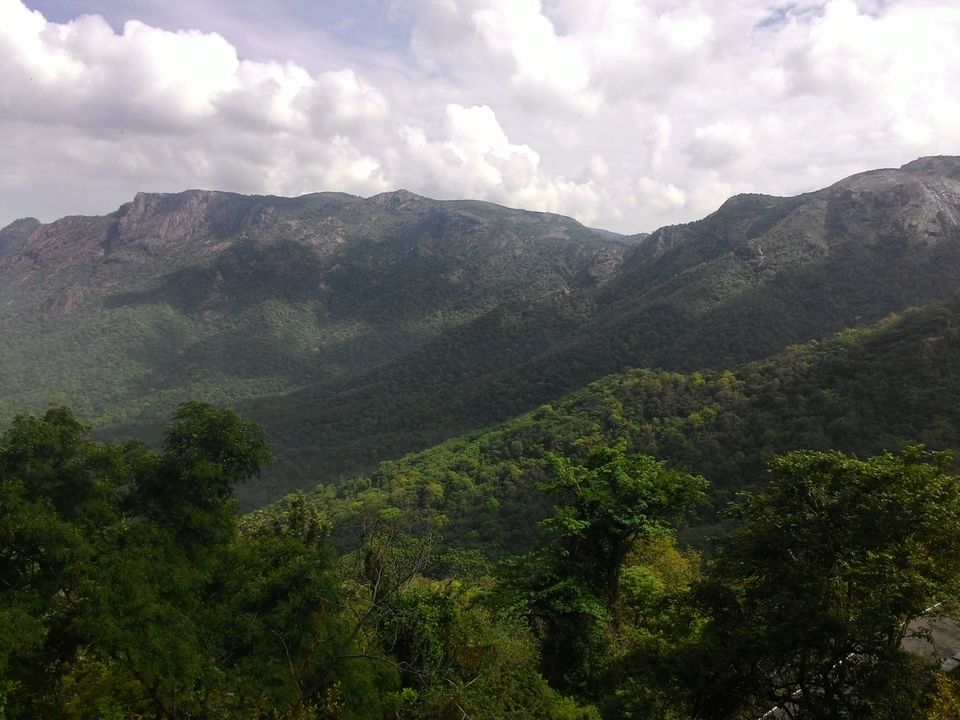 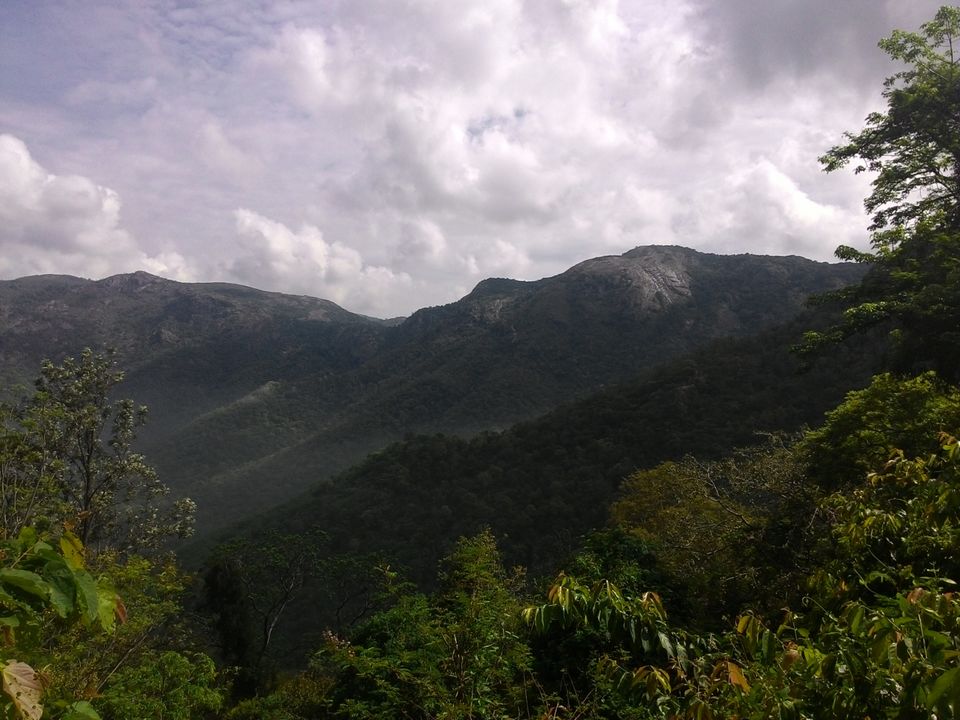 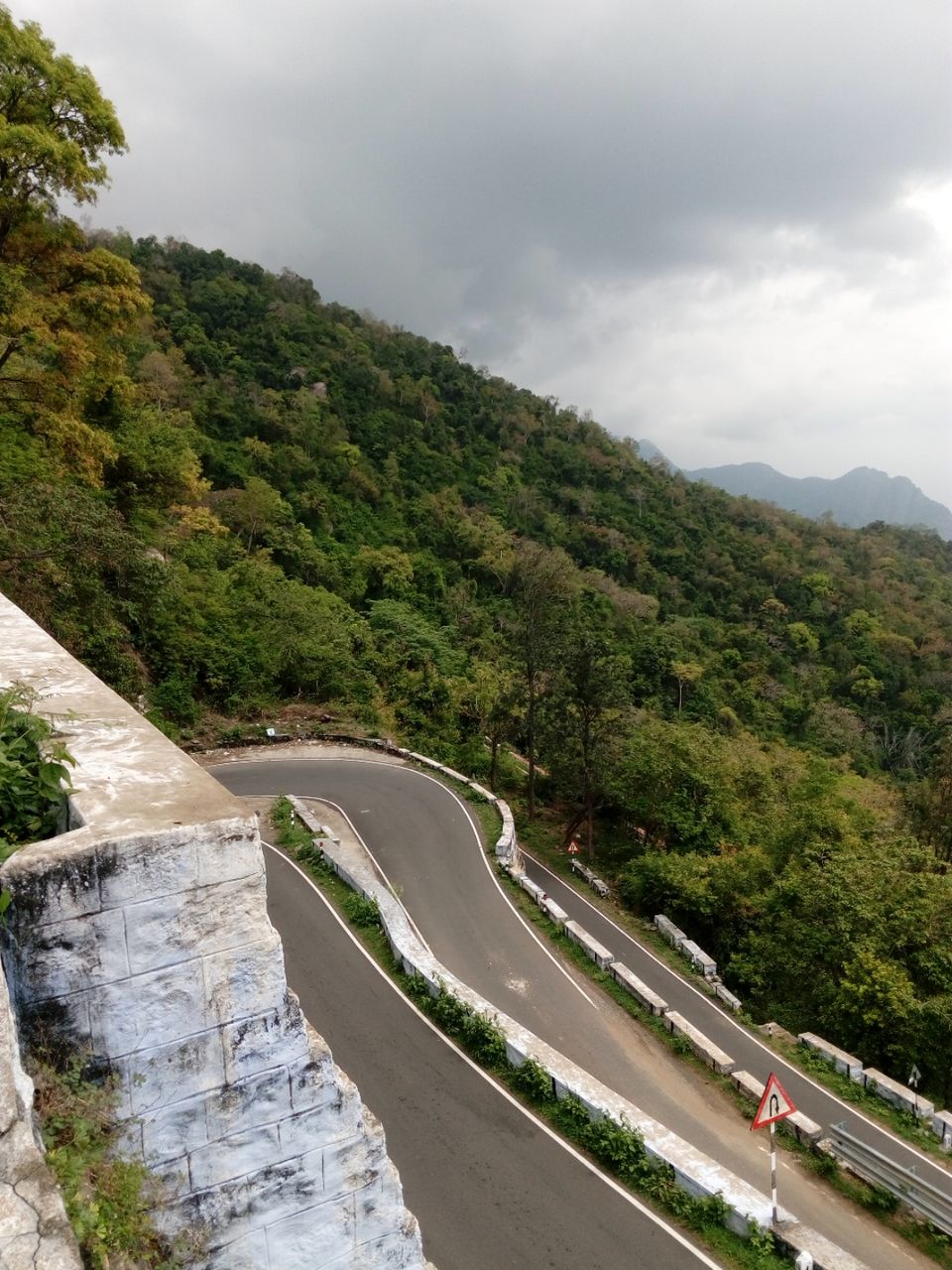 On the way to Aagaya gangai falls 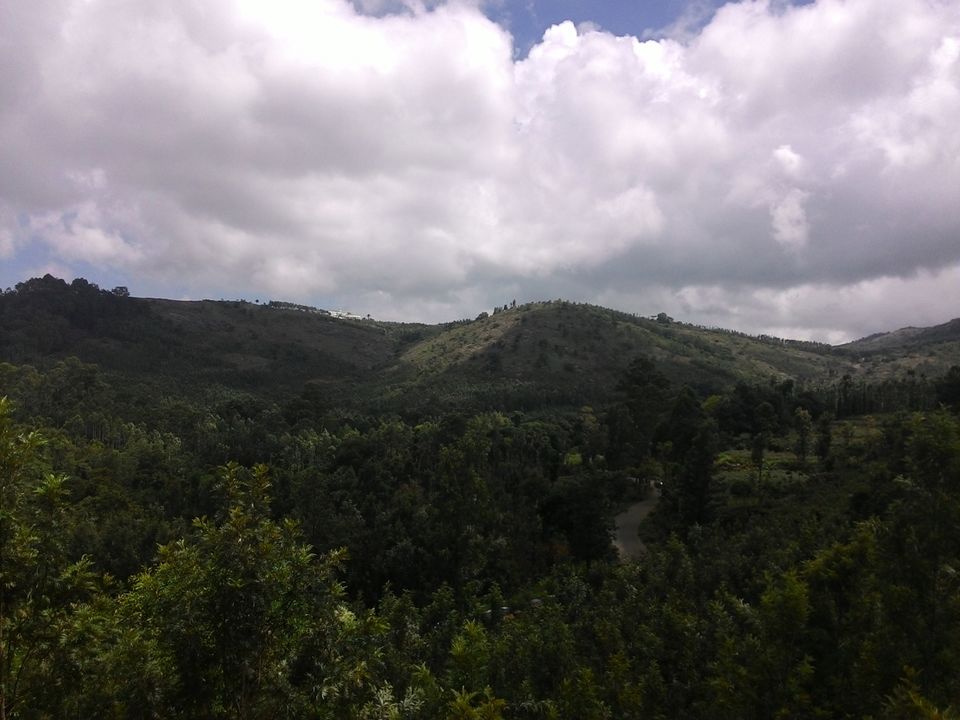 Just another farm in Kolli hills 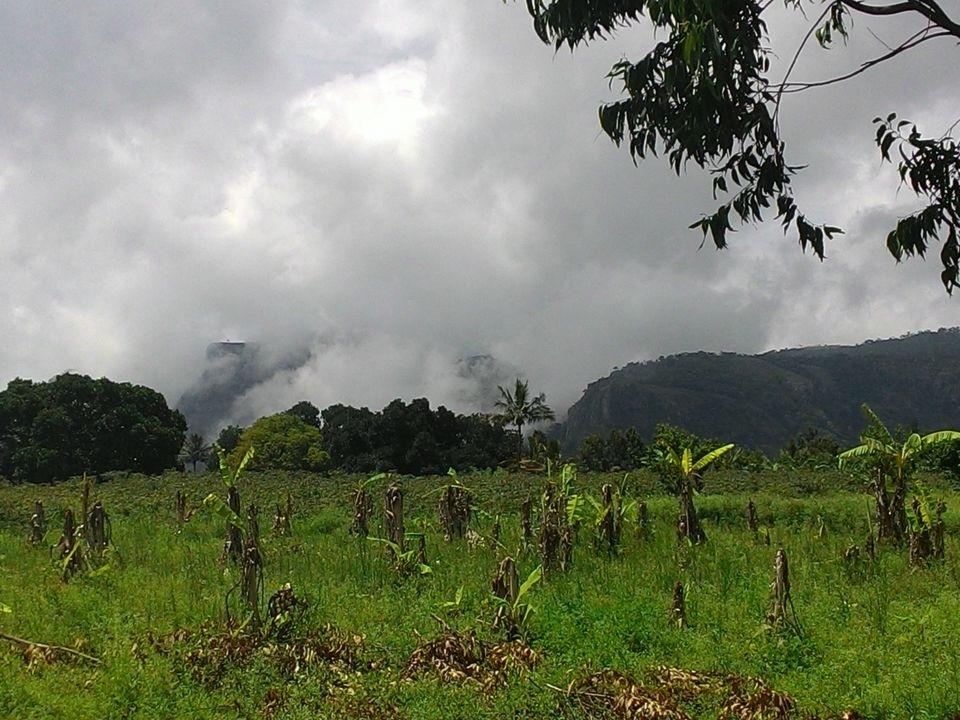 The wow and the holy sh*t view 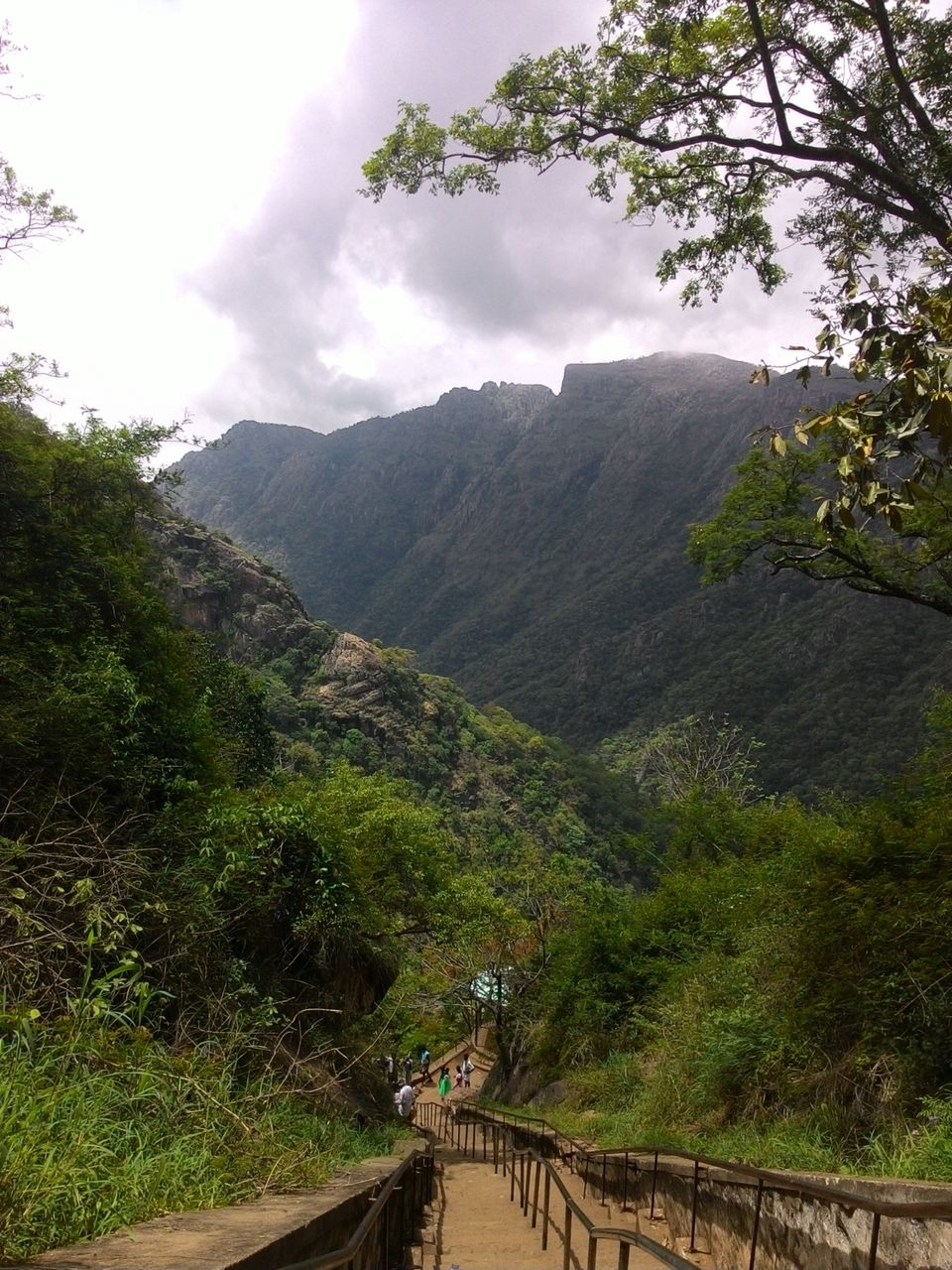 The view on the way to falls 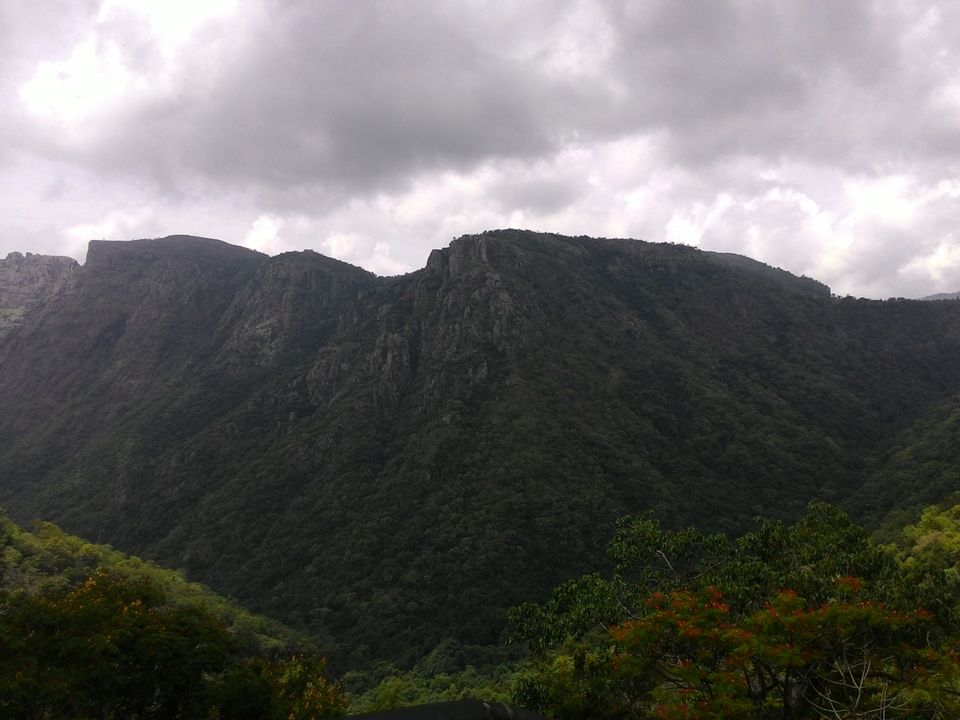 Steps to the falls 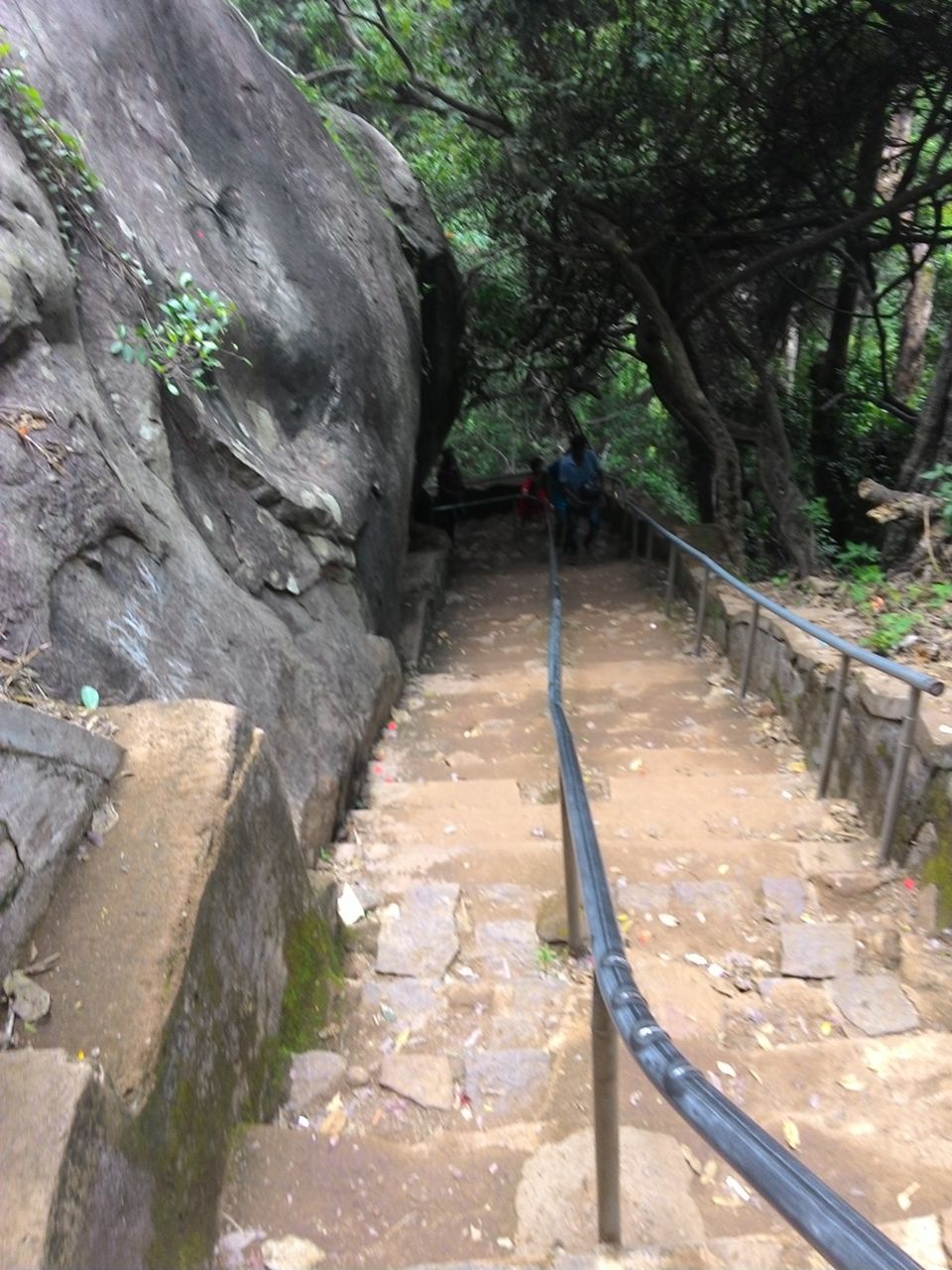 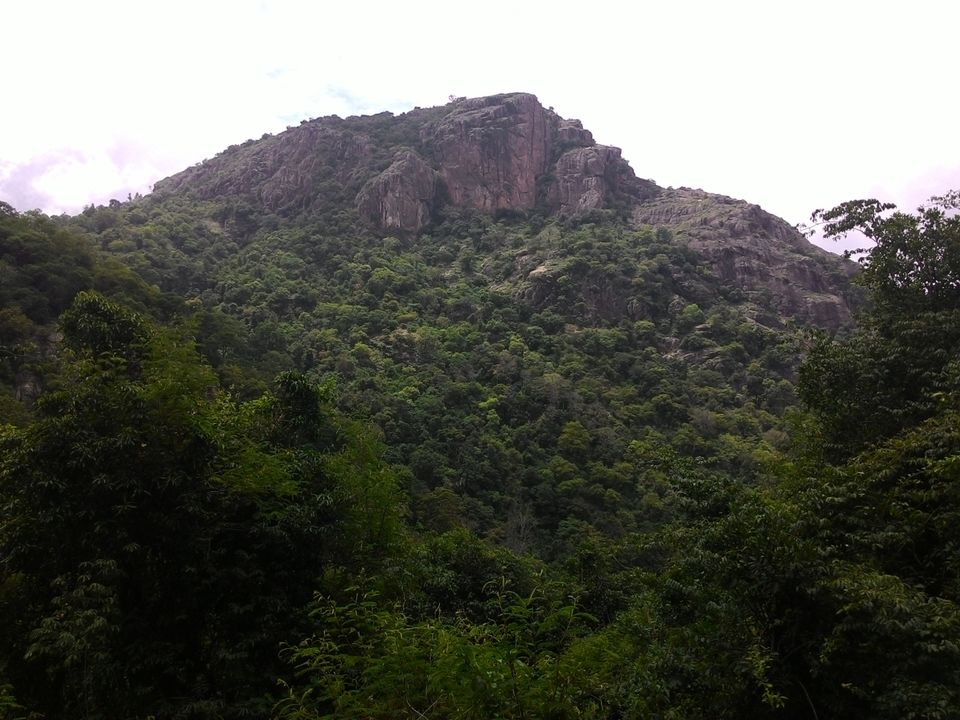 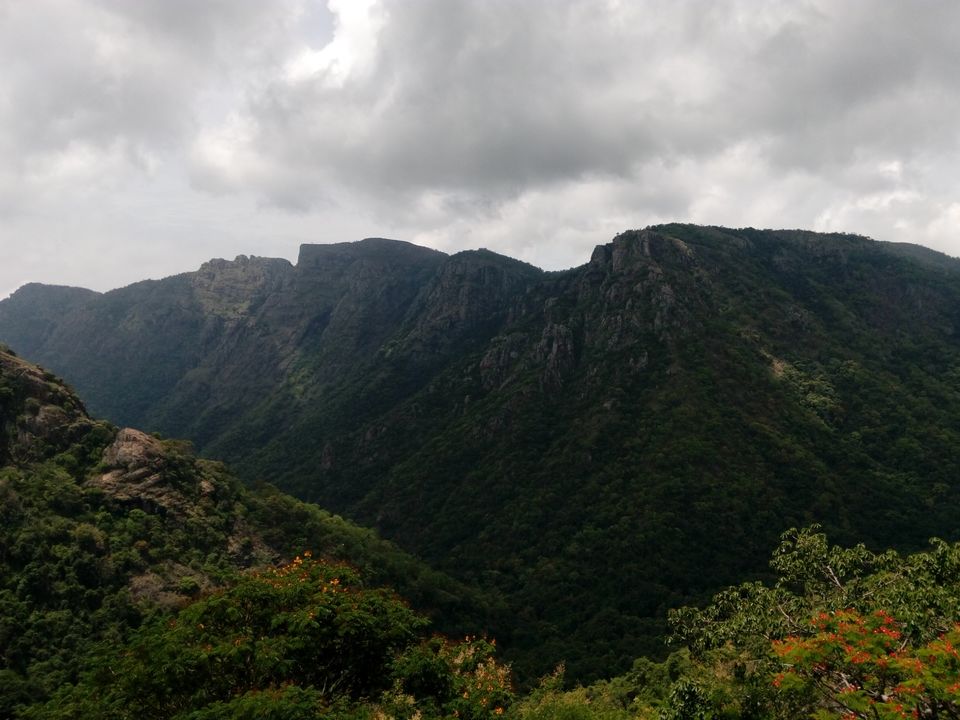 Falls from the sky 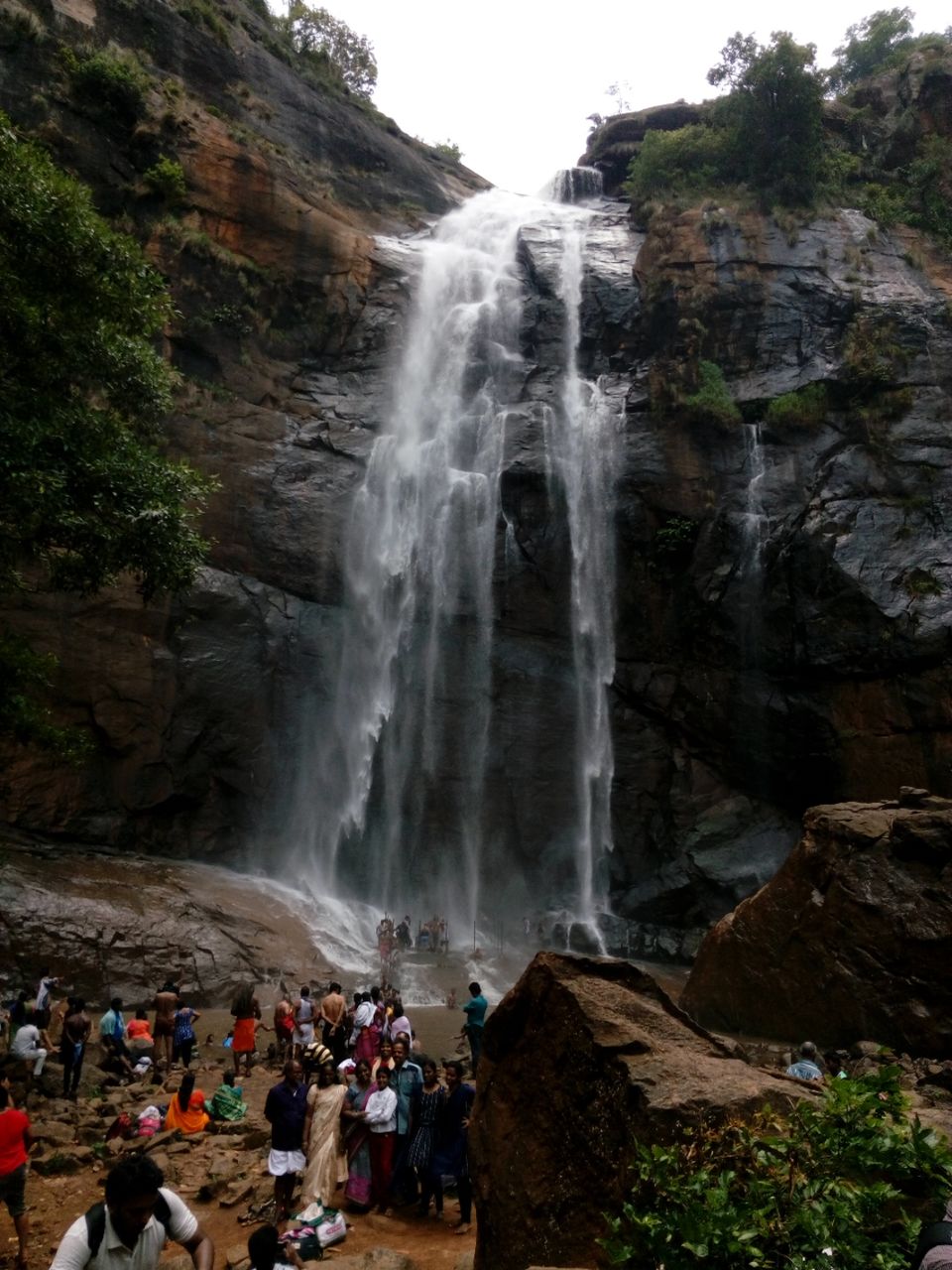 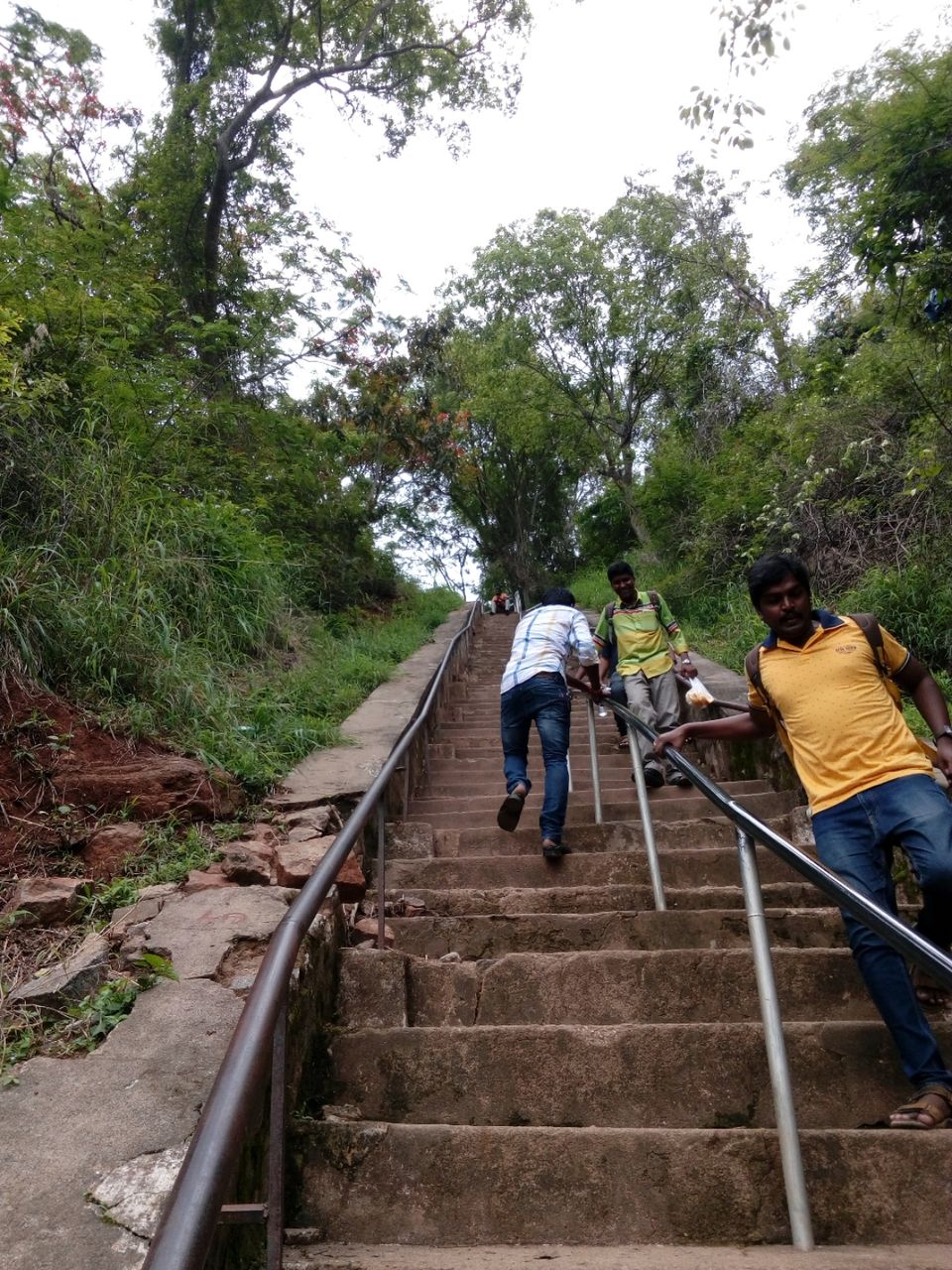 The view points view of the road 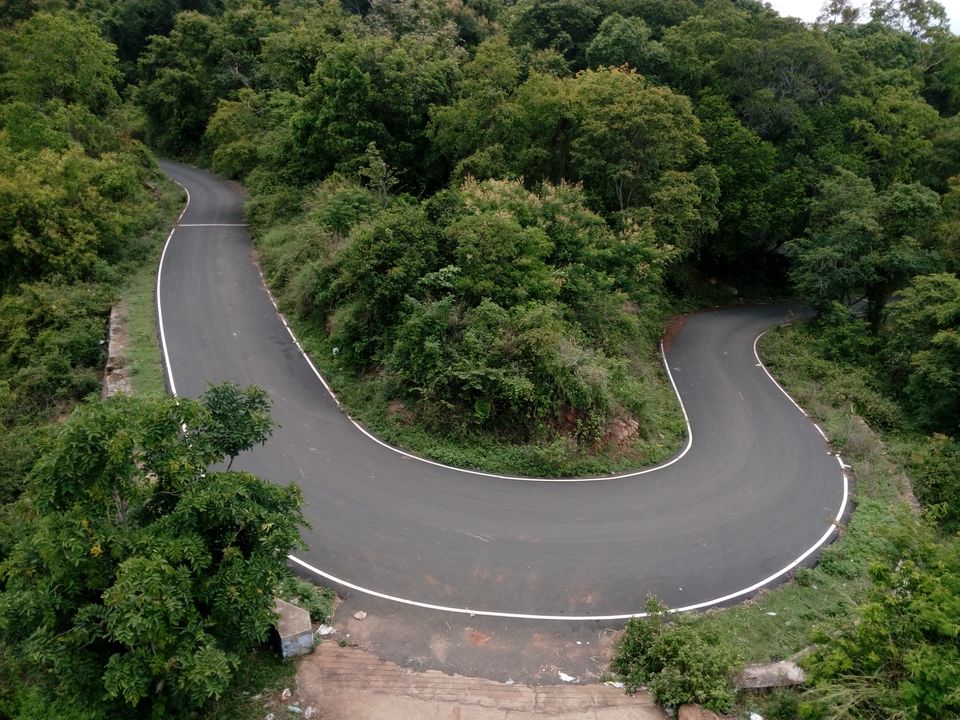 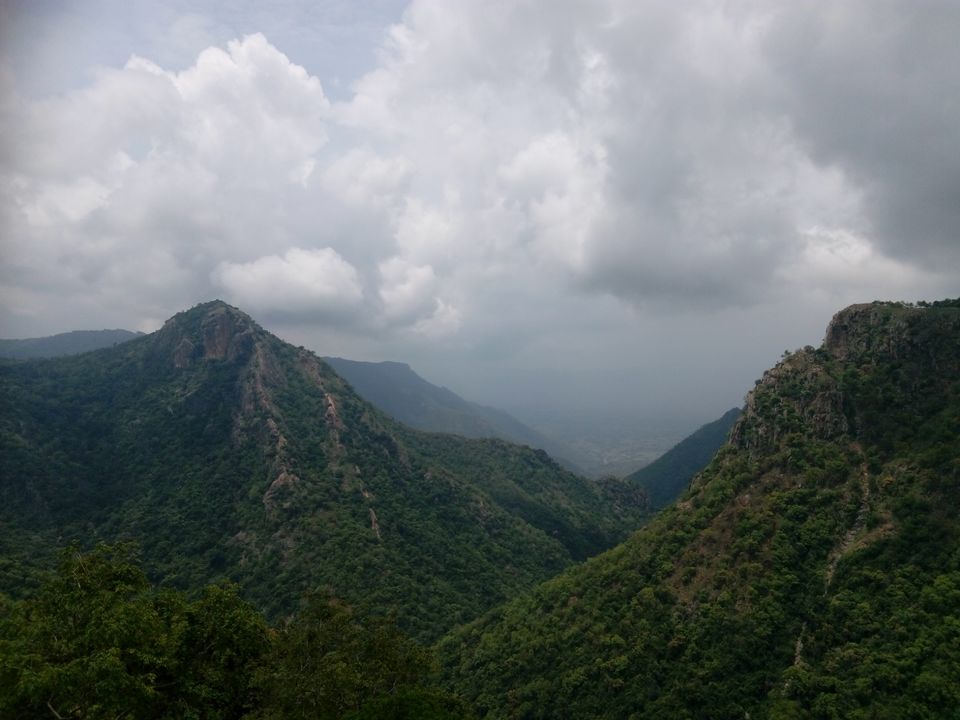 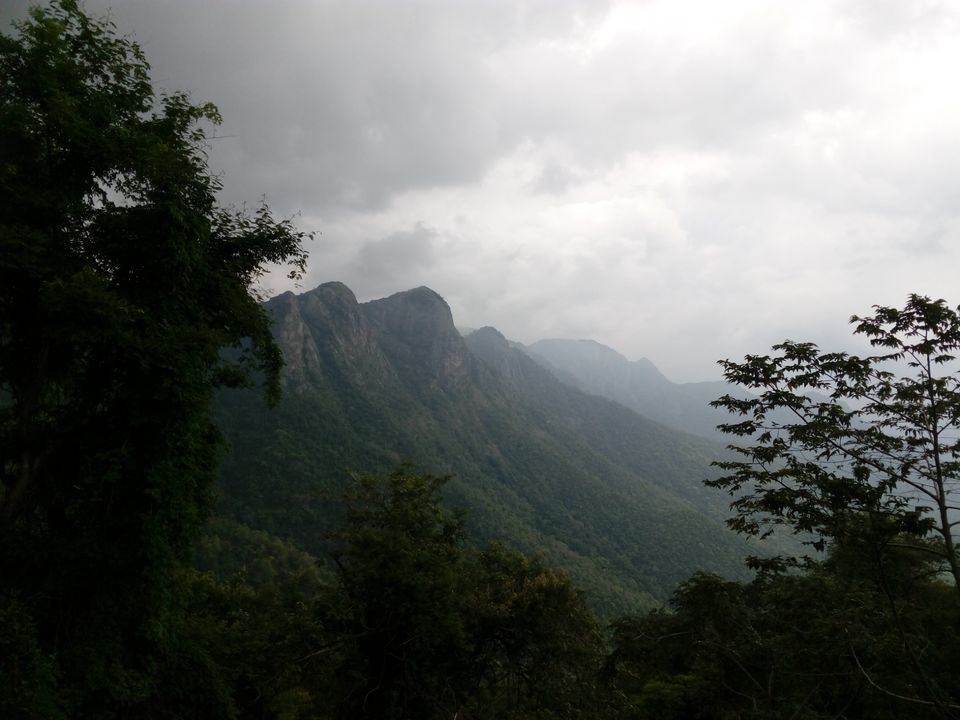 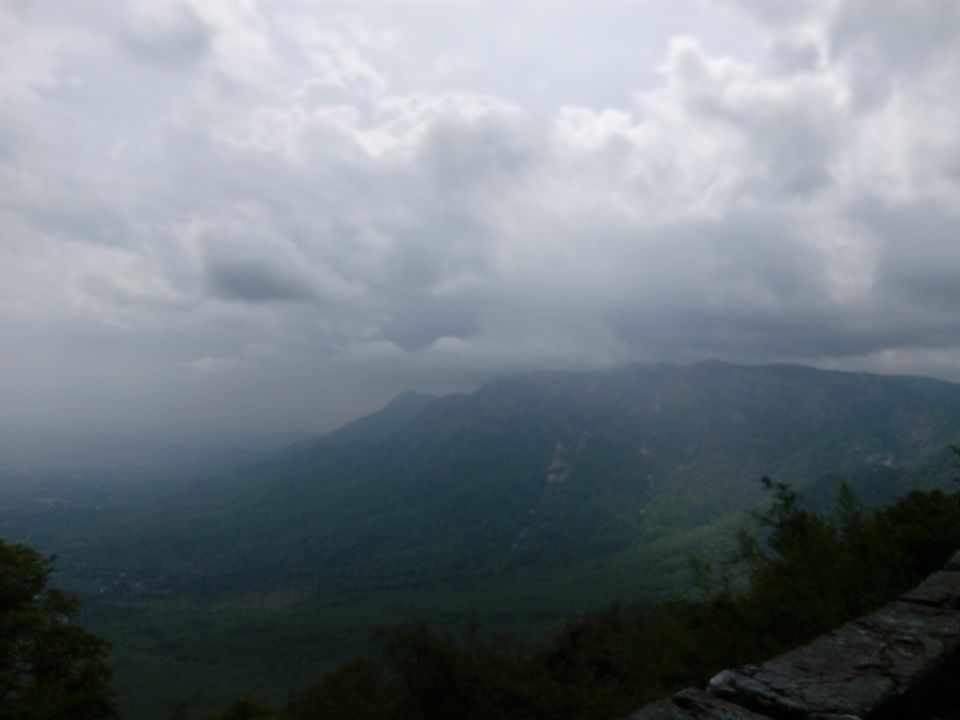