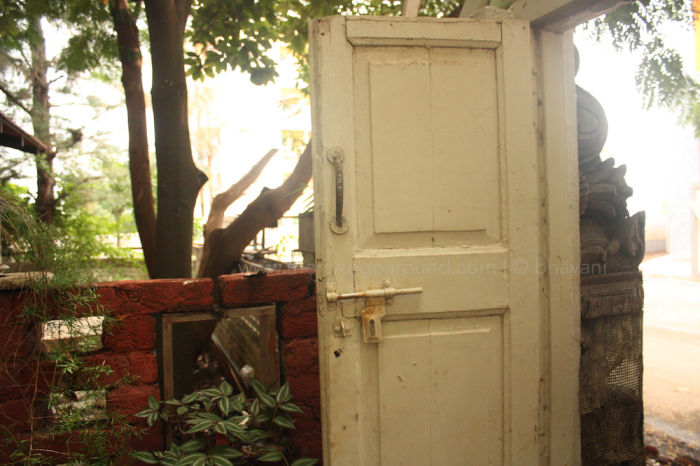 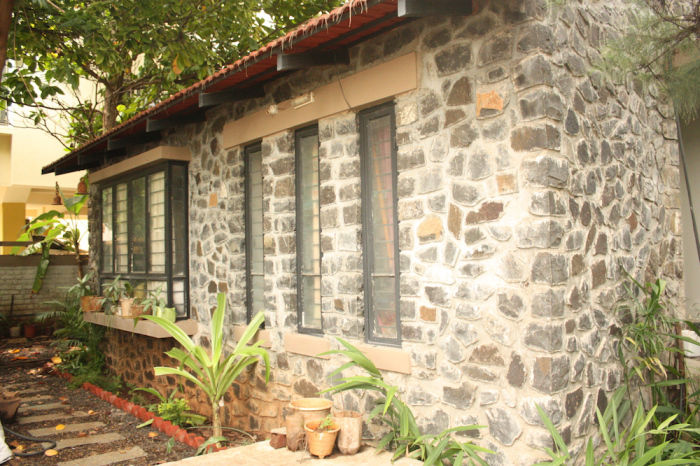 I had gone to Nasik last year with a few friends. It was more to enjoy the drive just after the monsoons and we stayed at Sula’s resort 'Beyond'. While 'Beyond' is not bad, it is definitely not worth the premium. This year when the monsoons came to a close, a road-trip to Nasik hovered again on the horizon given that lovely drive along the Mumbai-Nasik highway. And I decided to ask Google! Travelling is a great way to get out of my comfort zone and experience a world unlike mine, and where better than in a homestay? If you ask me where exactly I found this homestay, I wouldn’t know what to tell you. But I do know the search eventually led me to the Facebook page of Adiem. One call and email later, we had a reservation.

Adiem is a bungalow standing in the middle of tall apartment blocks on either side. It made me think of Dido’s song, you know the one in which she refuses to vacate her house. Maybe it doesn’t look exactly like that, but it made me feel those same emotions- that glimmer of the puny past, trying to muscle its way and linger on as it gets surrounded by the concrete, hardened present and future. We stood at the main gate for a while, wondering if this was the right door, when a woman in a long flowing skirt came out and said, “Bhavani?… Come in come in…”

We walked in and entered the main door which led to a small verandah-like space with plants, a couple of chairs and yes, an overall sense of calm. To the right was the entrance to the main home, and we stepped in to see a spread out, open house, each space intertwined and interacted with each other. There was the dimness of natural light, just the way I like it. We plonked our bags and sat on the sofa. “What will you have?” Madhu asked. After a bit of to and fro, we settled for some chai with biscuits. Minutes later, over hot chai, we chatted with our host about her home and life in general. “I live at the farm on the outskirts of Nasik. When we bought this land, it was the outskirts of Nasik, people told us don’t… now look around, there are buildings on all sides. Few bungalows left. I stay at the farm unless I am travelling on work.” A few questions later, I learnt that she worked in the gender field, and travelled across the country. At that moment, I didn’t ask more questions, but to be honest I never really understood exactly what her work entailed as we flitted from one topic to another. And with a young mother with us, we quickly moved onto homeschooling. Both her children were home-schooled.

“My husband and I took turns to stay at home with the children. How can I expect them to treat men and women equally if he is the main earner and I stayed the home-maker? So we both did both. Yes, it did mean our careers never really took off as five-year breaks are long but…” The children are blooming so it doesn’t matter, I thought. Over the course of the evening, we learnt that Diksha was biological and Deek, adopted. That being my pet subject I tuned in and paid more attention. Madhu and Arvind always wanted to adopt a child, and 15 or so years ago you couldn’t adopt the same gender, so they had to ask for a boy–that meant a long wait. Their parents didn’t take to it and it seems like a rather lonely battle for both of them but they held on to their small family. Did sibling rivalry ever bring up the biological vs. adopted debate, I asked? Madhu immediately chirped in, “Yes! It happens. Once in a fight Diksha told Deek, “I am biological, our parents wanted me.” Deek replied, “They were forced to have you, but they chose me!” She smiled and sat back contented. The proud mother hen whose chicks could take care of themselves. We met the two kids the next morning, and they were both attentive, helpful and extremely well brought up. Over this lavish breakast with a range of dishes that would put a 5-star buffet to shame, we chatted about our stay, and her farm. All the dishes were made from the organic produce of their farm. We tucked in happily. Even the little one in our midst had his share of food and managed to create a mess all over the table and below. Diksha made up a cup of coffee, and we sat sipping it and chatting in the garden.

The aim was to leave by 9.30 am, but with hosts like Madhu, we lingered. The conversation went to and fro, and now I can’t even remember what we spoke about, but I know we were too engrossed to take our bags and leave. We left only by around 11.

Madhu is a lovely host and I’d assume Arvind was too; we didn’t meet him as he was travelling. There are stories and experiences that can open a window into another world. And the rooms are sweet; with low beds on the floor and one room even has a lovely balcony. The decor overall is sparse and neat. The infant with us took to crawling all over and loved the balcony where he had long conversations with plants, birds and fallen leaves. If you are planning to go on a wine drinking spree at Sula, don’t stay at Beyond. All it offers is vacuous rooms that could be anywhere, in any city, in any country. Instead book a room at Madhu’s Adiem and have a long conversation with her and her family, that might never get over.

I need to go one more time because she’s promised me a visit to her farm!

This post was originally published on Merry to go around.