As the car zipped through the majestic gates of ‘Trident Udaipur’ crossing the grand passage to reach the porch where a tall sturdy man, clad in royal attire greeted me, I got the first taste of the rich heritage and royalty that Udaipur is reminiscent of. Udaipur, the capital of the former princely state of Mewar is popularly known as the “City of Lakes.”

After a hearty breakfast at the hotel, I headed to see the ‘Vintage and Classic Car Collection’, a unique private collection of vintage cars belonging to the Maharanas of Mewar, with some of them being as old as 70 years. The collection, being novelty exemplified, showcases magnificent cars like Rolls-Royce, open convertibles and rare customized Mercedes and Opel models. Housed in the original Palace garage, most cars are in good running condition, albeit being fuel guzzlers.

In the evening, I took the ropeway to reach the summit to enjoy panoramic views of the city including the mansions and lakes. Watching the sun go down over the hills was transcendental bliss. Dinner was at ‘Ambrai’, an open-air restaurant situated on the banks of Lake Pichola. (It is highly advisable to reserve tables in advance as the place is sold out during peak times.) The night couldn’t have been more alluring – lake waters glimmered with the reflection of beautifully illuminated palaces while colorful sky-shots brightened up the dark sky. The authentic Rajasthani flavours merged perfectly with the delectable wine combined with the warmth of hospitality. With each moment, I relished Udaipur's gilded image even more.

Next day, I went for a tour of the famous City Palace Museum. The museum is in fact a series of palaces, built from the seventeenth to the twentieth centuries and comprises the ‘Mardana Mahal’ (palace for royal men) and ‘Zenana Mahal’ (palace for royal ladies). It has a great display of rare court paintings of Mewar School, armoury and personal belongings of the rulers. Palace courtyards such as the ‘Mor Chowk’ with peacocks have been exquisitely created with glass inlay adorning the walls. Tired after a two hour tour of the museum, I headed to ‘Palki khana’ restaurant, known for its apt location inside the museum premises and all-day multi-cuisine dining options.

It was time to visit the exquisite ‘Crystal Gallery’ situated in Fateh Prakash Palace hotel. The gallery overlooks the royal ‘Durbar Hall’ and houses a grand custom made crystal collection ranging from crockery, perfume bottles to an unbelievable crystal bed. It was fascinating to know that the collection had been ordered by a prodigal ruler (Maharana Sajjan Singh - period of reign: 1874 to 1884) in 1877 from a Birmingham-based company - F&C Osler who died at a young age of 25 years even before some of the pieces arrived. Hence the abandoned crystal lay packed in boxes till the current head of the Mewar royal family decided to display it to the public and thus the Crystal gallery was opened in 1994. The ticket included complementary tea which I enjoyed at the gallery restaurant overlooking Lake Pichola which houses the magnificent ‘Lake Palace.’ A trip to Udaipur is incomplete without a sunset cruise across the serene Lake Pichola. I crossed the grand City Palace and the ‘havelis’ that swarmed the picturesque ghats as my boat cruised over the tranquil waters whose hues turned from blue to orange with the sun going down over the mountains that encapsulated the lake. Later, the beautifully synchronized ‘Mewar Sound and Light show’ held every evening in the backdrop of the beautifully illuminated City Palace provided the perfect ending to my well spent day as it took me through the glorious history of Mewar.

It was day three and I paid a visit to Jagdish temple, one of the largest temples of Udaipur built by Maharana Jagat Singh in 1651. The temple is dedicated to Lord Vishnu and known for its intricate carvings on pillars. Later, I headed to the Rajasthali government emporium to shop for bed sheets in block printing designs and artefacts. It was a bright sunny day and having decided to make the most of the pleasant weather, I headed for lunch to ‘1559 AD’, a lovely garden restaurant, named after the year in which Udaipur was founded by Maharana Udai Singh. It is situated near Fateh Sagar Lake in a colonial bungalow about 95 years old which has been well preserved with contemporary designs. It is a great place for continental food with a lush green and quiet ambience.

It was my last evening in this royal city and I wanted to make it special – so time for another memorable sunset view followed by a romantic lakeside dinner. I headed to ‘Sajjan Garh Palace’ (named after Maharana Sajjan Singh of Mewar dynasty) which is situated stop Aravalli hills, a bit outside the main city. Also known as the Monsoon Palace, it was primarily built to watch the monsoon clouds. People latched on to their spots in different corners and benches on the terrace to get the best sunset view. Everyone watched with bated breath as the orange sun changed its placement with every passing minute. As it dissipated behind the mountains, everyone clapped for the marvellous views we had been treated to that evening. Soon the lights were on and I could enjoy a bird’s eye view of well-lit Udaipur city. Later in the evening, I dined at ‘Upre’, a restaurant part of the same group that operates 1559 AD. It is situated on the terrace of Lake Pichola hotel from where I could get outstanding views of Udaipur’s skyline.

It felt as if time just stopped by in Udaipur - overwhelmed by the grandeur of its mansions, the placidness of its lakes, the unparalleled charm of its sunsets and the hedonism of its way of life; thus giving travellers an opportunity to revel in this. 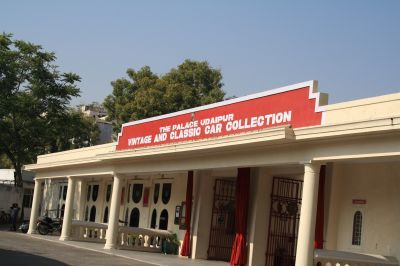 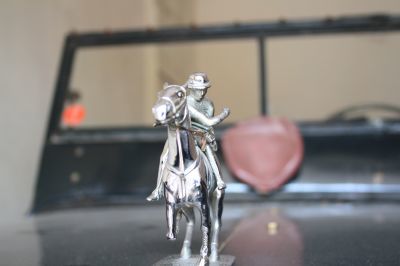 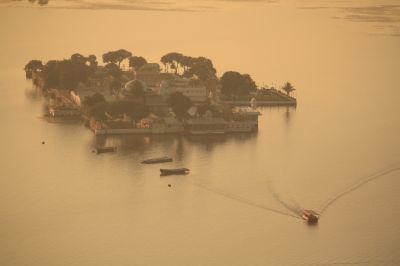 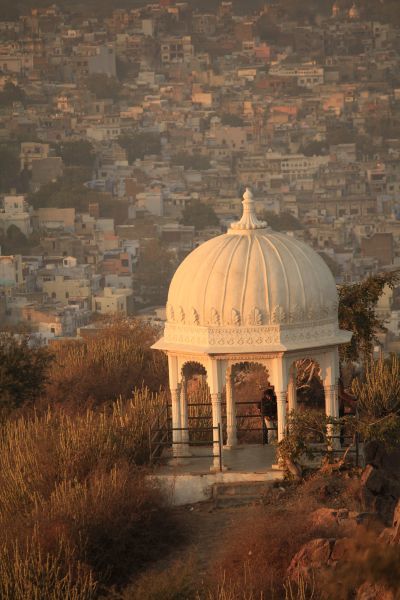 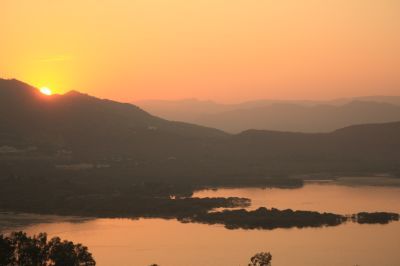 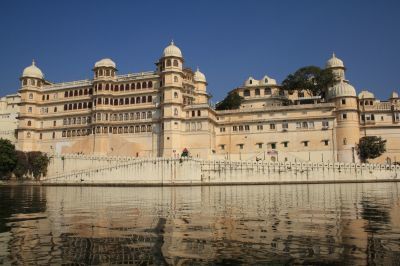 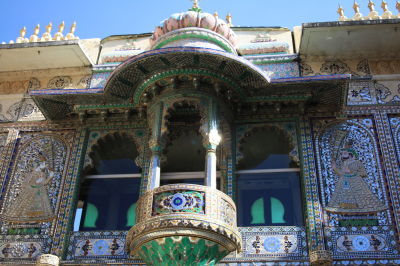 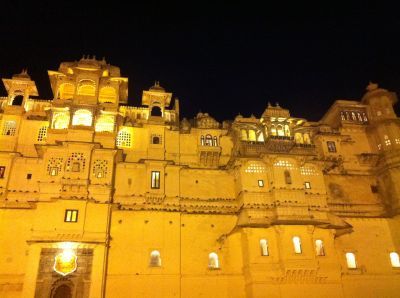 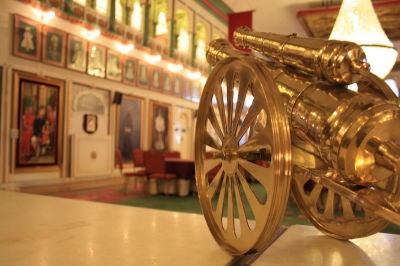 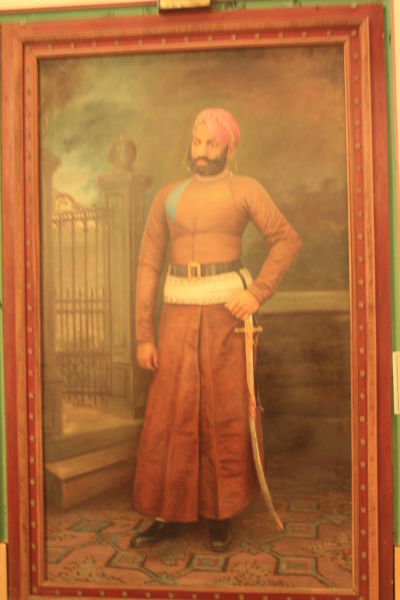 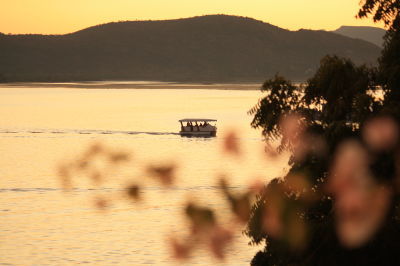 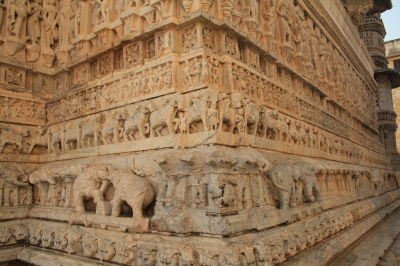 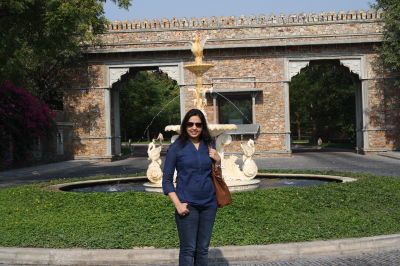 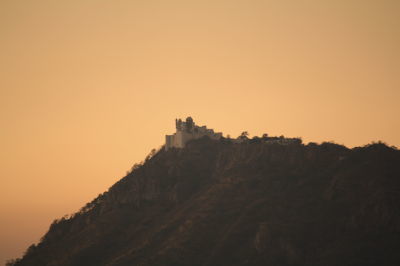