It is known for its meadows of endemic alpine flowers and the variety of flora.

Auli lies on the way to Badrinath. Auli is surrounded by coniferous and oak forests, with a panoramic view of the lofty peaks of the greatest mountain range in the world, the Himalayas.

A shallow lake, having a depth of about 2 metres, Roopkund has attracted attention by having large quantity of human skeletal remains easily visible at its bottom when snow melts.

The lake is known for its wide 300° panorama.

5.RUDRANATH TREK Legend has it that the Pandavas came to the Himalayan mountains in search of god Shiva, to redeem them of the sins of killing in the epic Kurukshetra war. God Shiva did not wanted to meet them and escaped in form of a bull in the ground and reentered in parts in the Panch Kedar places: the hump raising in Kedarnath, the arms appearing in Tunganath, the navel and stomach surfacing in Madhyamaheswar, the face showing up at Rudranath and the hair and the head appearing in Kalpeshwar.

This place is popularly known as ‘Mini Switzerland’ in Uttarakhand. Chopta, an unspoiled natural beauty destination lying in the laps of Uttarakhand Himalayas offers amazing views of the imposing Himalayan range including Trishul, Nanda Devi and Chaukhamba. It is located at an elevation of 2680mts above sea level.

The legend of Madhyamaheswar is an integral part of the legend of Panch Kedar, which is a captivating narration of the efforts of Pandavas to atone for the sins of their fratricide (gotra- hatya) act of killing their cousins, the Kauravas, and Brahmanahatya (killing of Brahmins – the priest class), during the epic Mahabharata war.

Everyone must try a bike trip to Munsiyarai .

Gwaldam is a small town itself, the main reason for its prosperity is a large SSB Training ground located within the center of the town. It is 25 km far from Kulsari the famous destination of Nanda Devi Raj Jat.

11.CHAR DHAM YATRA (Badrinath,kedarnath,Gangotri,yamnotri) Chardham is the most renowned and holy expedition in India that includes visiting to four glorious shrines including Yamunotri, Gangotri, Kedarnath and lastly the Badrinath Dham. A visit to these holy shrines together forms the Chota Chardham Yatra in India. All these famous sacred destinations are being located in the astonishing Himalayan foothills of Uttarakhand at distinct districts.

Lansdowne was founded and named after then Viceroy of India, Lord Lansdowne in 1887, and by 1901 it had a population of 3943.Lansdowne was developed by the British for catering for the Recruits Training center of the Garhwal Rifles. Lansdowne was a major place of the activities of freedom fighters from British Garhwal during British period. Nowadays, the famous Garhwal Riflesof the Indian Army has its command office here.

14.MUSSORIE Tourism is the most significant segment of Mussoorie’s economy. It has a nature walk known as “Camel’s Back Road. Kempty Falls is a nice picnic spot. Company Garden is popular tourist destination. Happy Valley has a small Tibetan temple. This was the first Tibetan temple built in India. The temple was constructed in 1960 by the Tibetan refugees. Lal Tibba is another tourist spot of Mussoorie. Picturesque Dhanaulti hill station is about 32 kilometres from Mussoorie. Mussoorie also had India’s largest roller skating rink.

15.Nainital (The city of lakes)

Kausani is located 52 km north of Almora. There are very few places in the Himalayas that can compare with the beauty of Kausani.

17.Ranikhet Ranikhet gets snowfall in the winter season, mainly in the months of December, January and February. But in the rest of the months the weather of Ranikhet remains pleasant.The pine, oak, and deodar forests host an array of wildlife including leopard, leopard cat, mountain goat, barking deer, sambar, pine marten, Indian hare, red-faced monkey, jackal, langur, red fox, and porcupine.

The slopes here provide enough thrill to professional skier and novice as well. 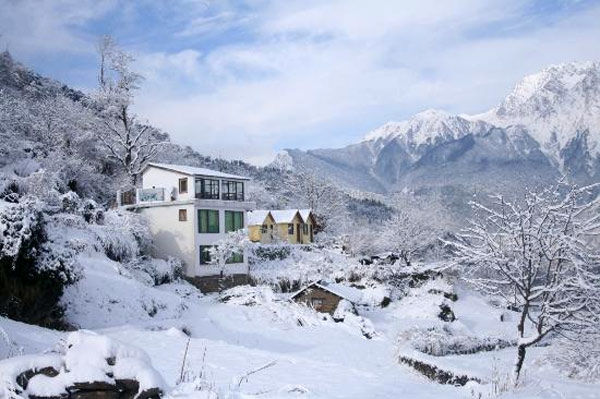 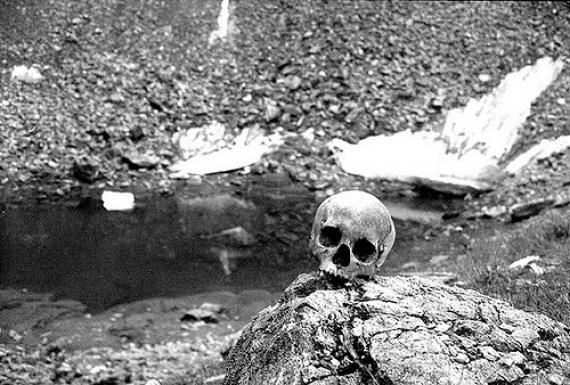 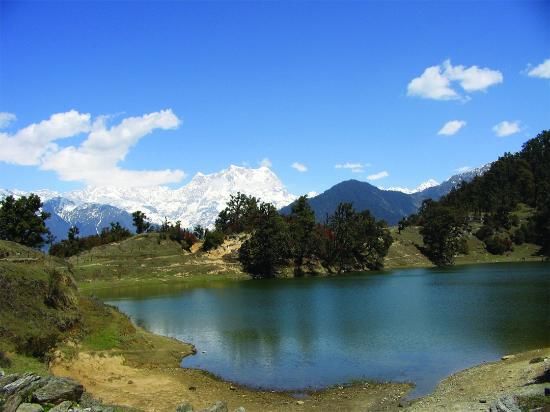 The Rudranath temple is believed to be established by the Pandavas, the heroes of the Hindu epic Mahabharata. 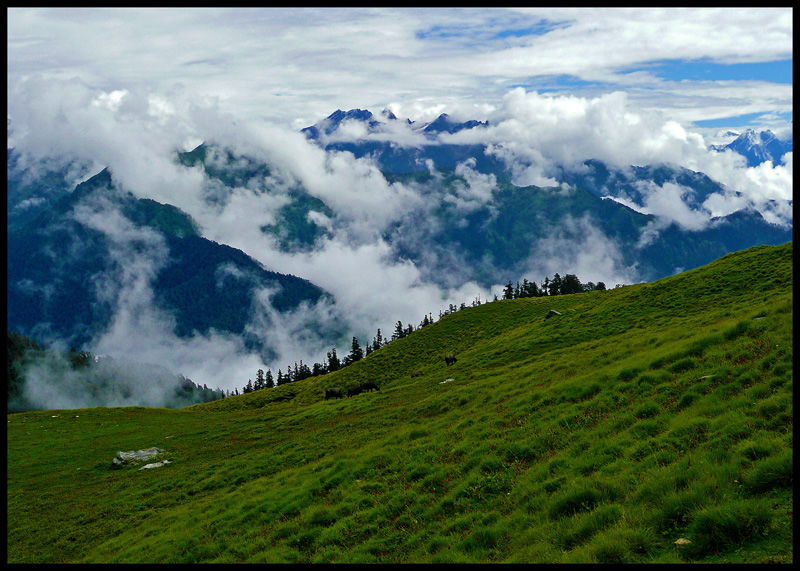 Chopta village is surrounded by forest of pine, deodar and rhododendron and is rich in variety of flora and fauna. 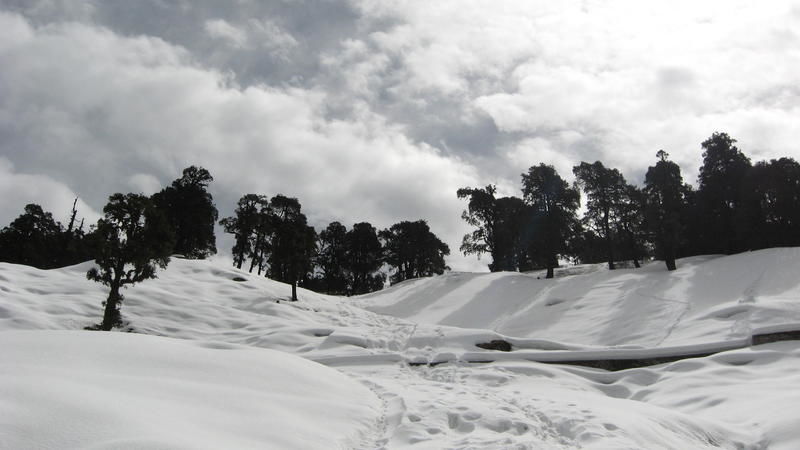 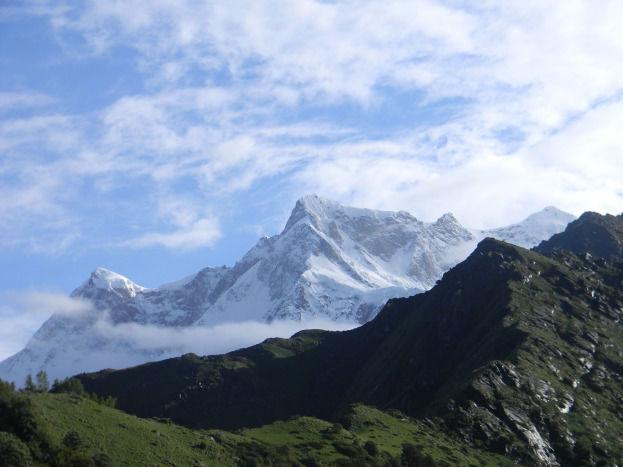 Entire route is located between the hills covered with snow and therefore you will enjoy the chilling breeze through the entire path. 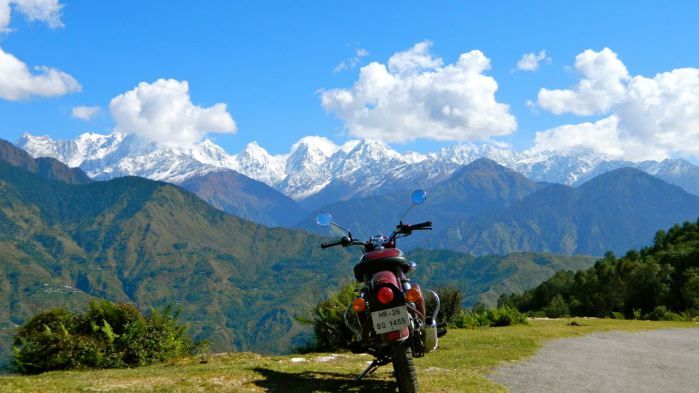 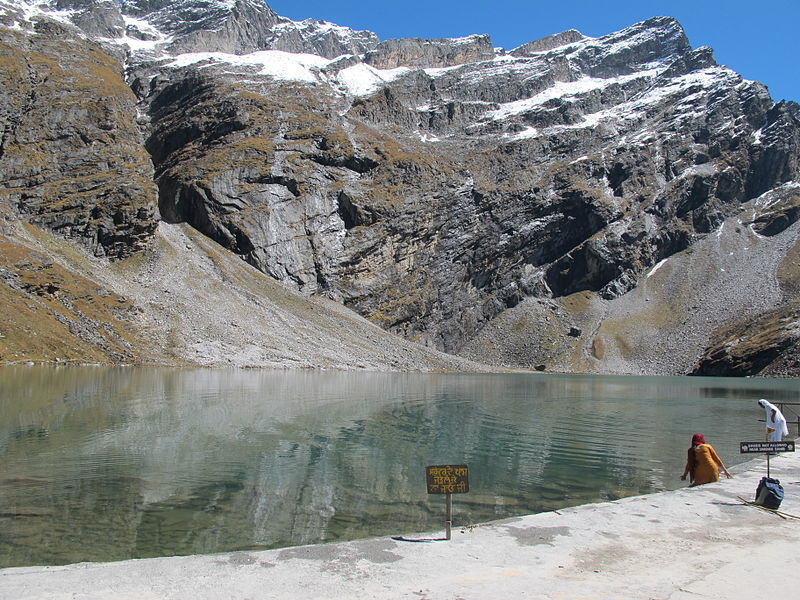 The view of Nanda Devi from Gwaldam is beautiful especially of a morning or evening. 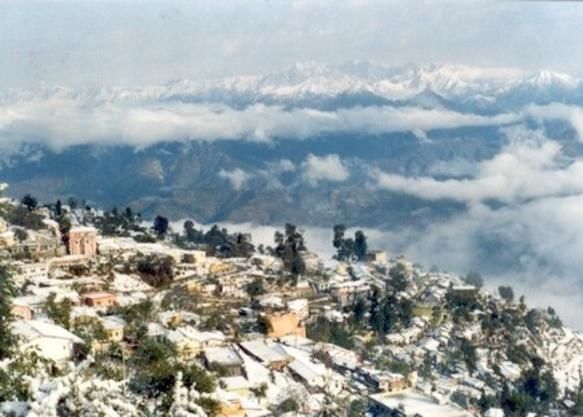 Chardham Yatra is India’s most devoted and featured part of India spiritual tour. 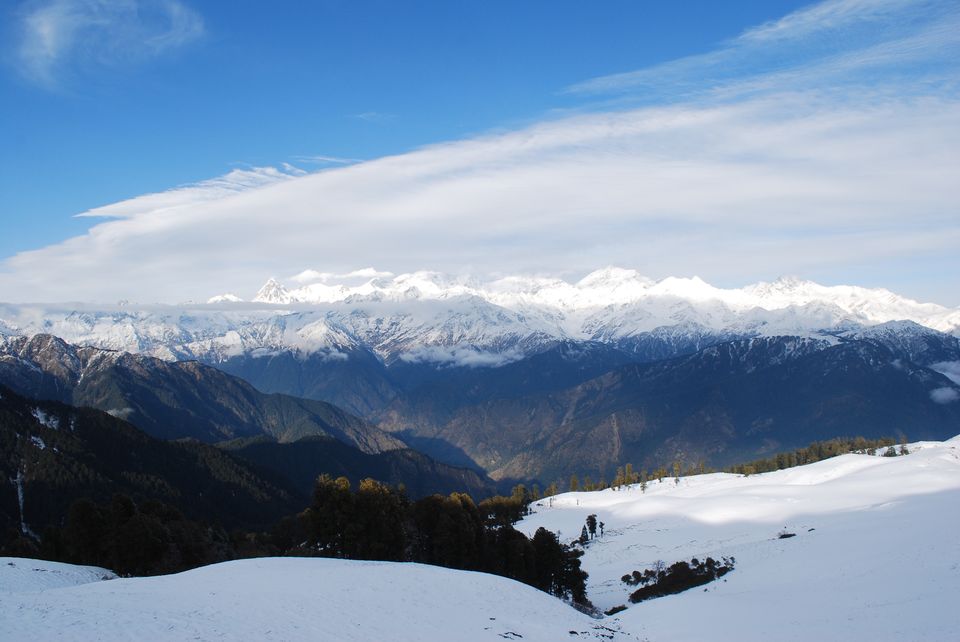 Lansdowne is one of the quietest hill stations of India and is popular since Britishers came to India. 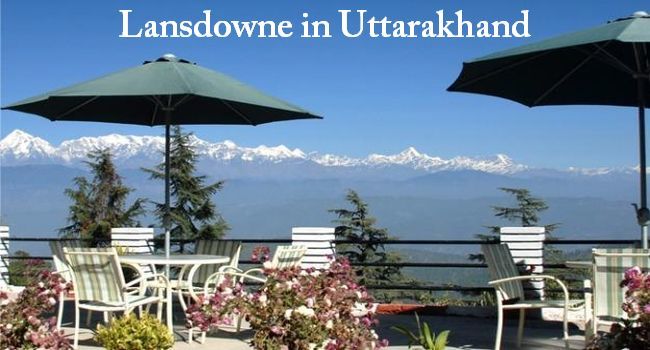 This hill station, situated in the foothills of the Garhwal Himalayan ranges, is also known as the Queen of the Hills.

From the tops of the higher peaks, “magnificent views can be obtained of the vast plain to the south, or of the mass of tangled ridges lying north, bounded by the great snowy range which forms the central axis of the Himalayas.” 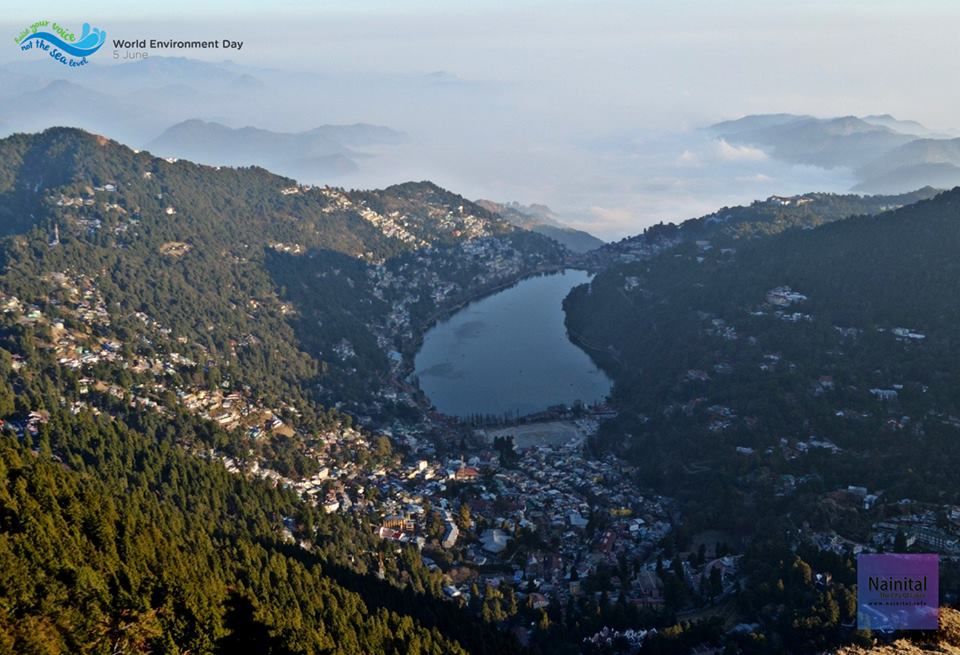 a picturesque hill station famous for its scenic splendour and its spectacular 300 km-wide panoramic view of Himalayan peaks like Trisul, Nanda Devi and Panchchuli. 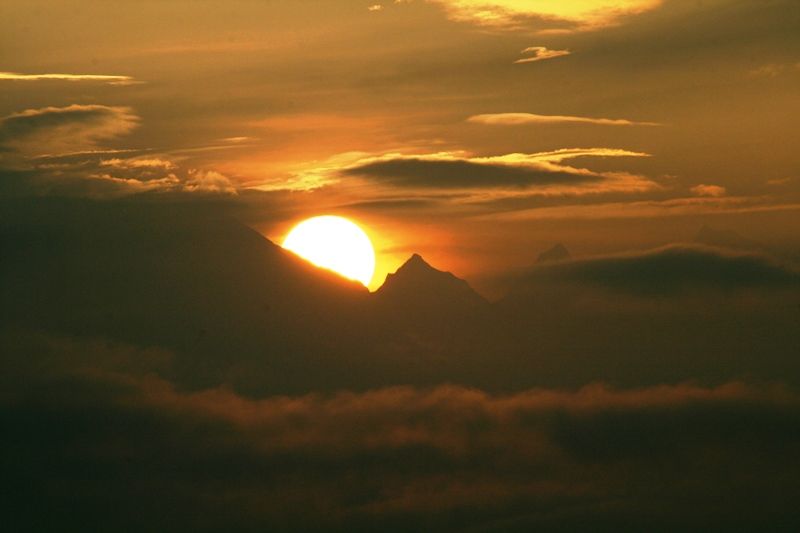 Ranikhet becomes very cold in the winters and remains moderate in summers, and is best enjoyed from March to October.

For more Information connect on-