By Dhiman
On the day 2 we woke up late mainly due to the fatigue of the previous day and moreover we were not in hurry as it was very hot outside and the trip to Gokarna was planned only late afternoon. We had late breakfast which was a typical South Indian fare with Idly, Dosai, Appams etc at Hotel Purnima just a few metres off from the our Hotel. After breakfast we got back to Hotel as it was becoming too dificult to stay outside in that heat. In hotel we were watched the Hindi movie "Style" which was nice comedy. After the movie we went back for lunch and waited for the cab to come over. The cab driver came around 2.30 PM and by 3 we started for Go-karna.
Gokarna is 60 KMs south from Karwar.It is a is a Hindu pilgrimage centre. It is a temple town and is referred to in a number of Hindu historical literature pieces. Around the town lie a number of beaches and these serve as a major attraction for travellers. A number of interesting mythological stories are there about this place. The places of pilgimage include Mahabaleshwar Temple (Maha: great, bal: strength) a famous Shiva Temple and it houses the atmalinga. Named so after Ravana referred to the linga's great strength.
It is situated at the western end of the main street. The main deity here is two-armed, standing and at least 1500 years old. The idol of Lord Ganesha also is ancient. In the sanctuary is a stone linga, encased in brass, placed on a coiled stone serpent. The floor of the hall in front has an intricate engraving of a giant tortoise. One thing that surprised me was the Sign inside the temple bearing "Foreigners not allowed inside the sanctuary". The temple santuary is open for public from 8 AM to 12 Noon in the morning and from 5 PM to 8PM in the evening. Besides Mahabaleshwar temple there is Maha Ganapathi Temple built in honour of the boy Ganapathi, who deceived the demon Ravana. It is also worth a visit.
The main street from the Shiva temple leads to the beach which nice and open but quite dirty. We decided to have a dip in the sea and go for the bath. The sea was comparatively calm and easy for a quick swim. After enjoying there for sometime we moved towards the OM beach.
The other beaches in Gokarna besides the Gokarna beach are the Kudle Beach, Om Beach, Half moon Beach and Paradise Beach (also known as Full moon). Kudle and Om are around 6 km from Gokarna town along a muddy hill; they are accessible by rickshaw or foot. Half moon and Paradise are beyond Om beach and are accessible only by foot or boat. Om beach is named so because it is shaped like the auspicious [Om] symbol. Om beach is the only naturally Om shaped beach. Two other beaches - Paradise and Half Moon - are smaller and remote beaches.
The cab took us to the OM beach which is a marvelous beach. It has a few beach side restaurants famous one being "Namaste Cafe" favorite with the international tourists. It was marvellous to look at the water gushing on the rocks. One of other tourists remarked "this water gives life takes it away as well" so true. We sat on the small hillock near the beach and watched the sunset on the rocks. It was a marvelous sight. After sunset we lied down on the hot rocks and gazed at the moon perpendicularly above us. The air was heavy and moist but a bit cooler. Slowly it started getting dark and we started moving back to Karwar with beautiful memories of the evening. 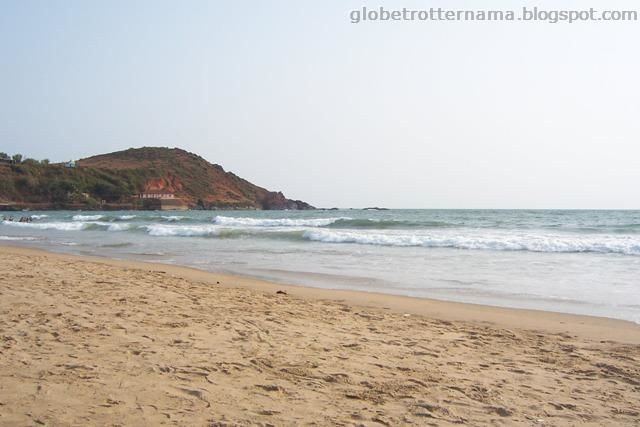 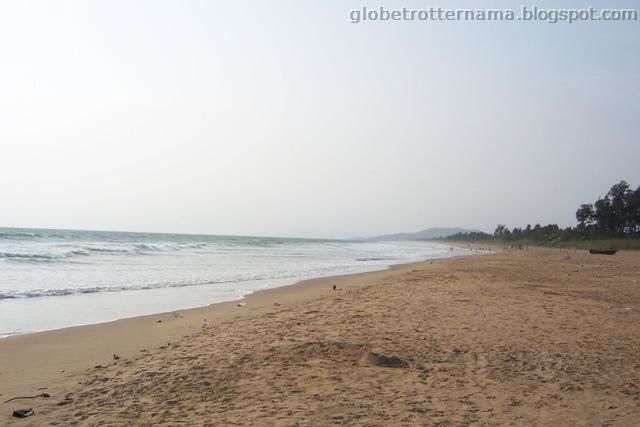 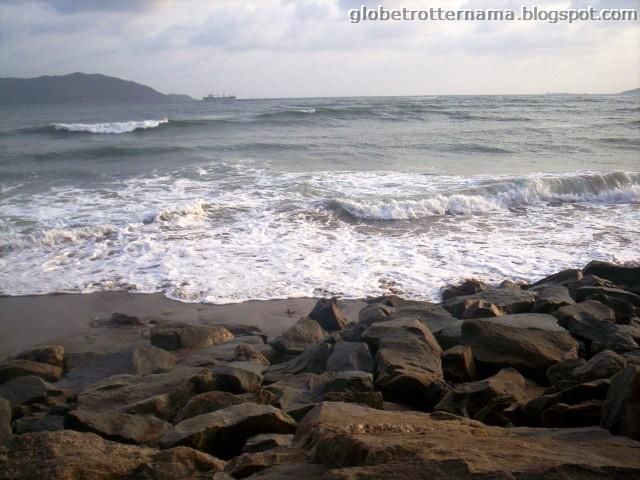 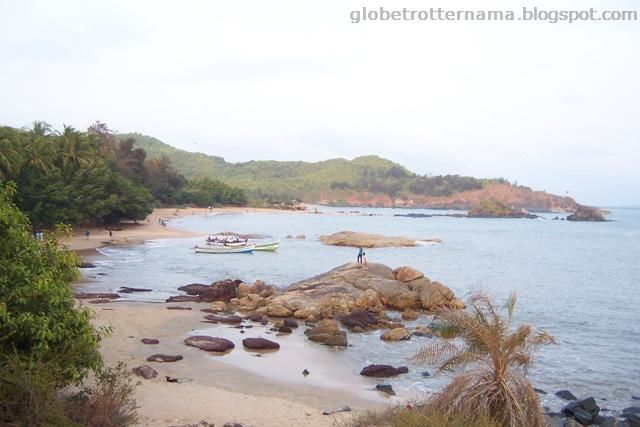 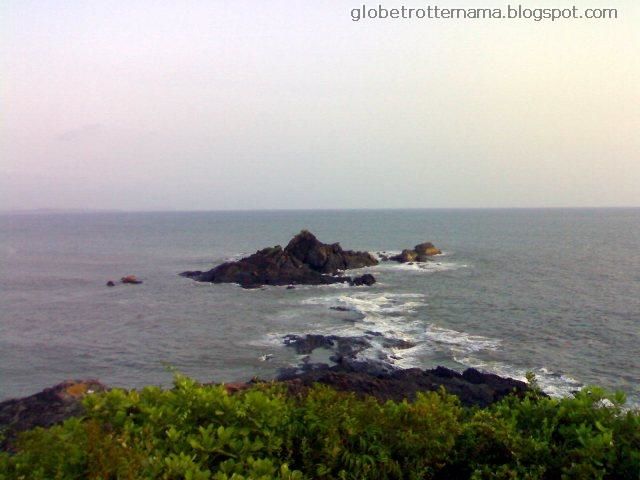 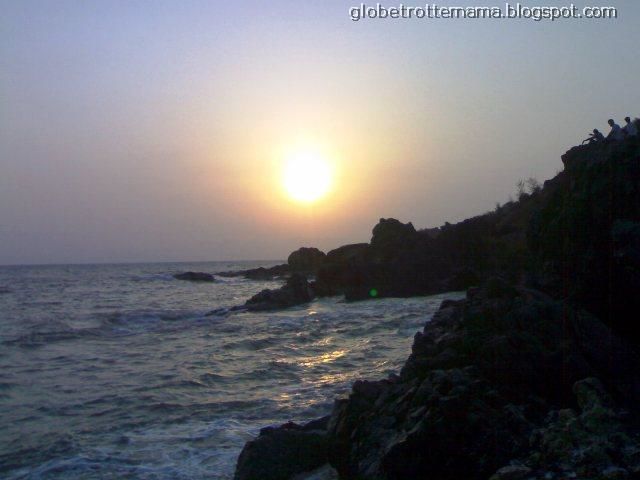