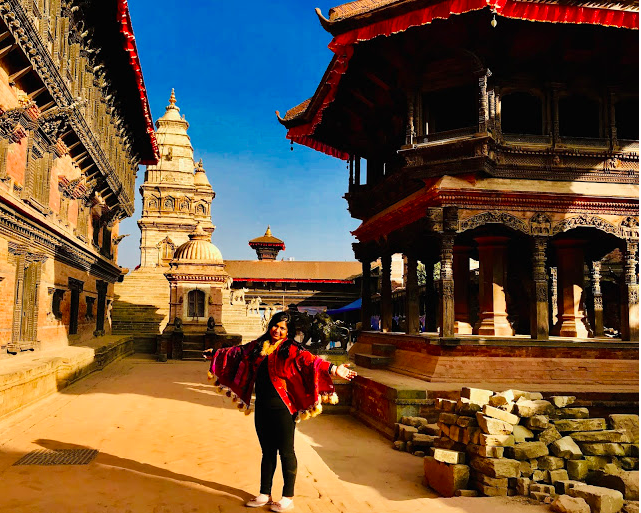 In continuation to my last post, another destination we reached is Bhaktapur. Such interesting name right??? So is the sqaure, welcoming its visitors with a lot of warmth..!!

Bhaktpur (called the place of devotees) is situtated 13 kms east of kathmandu and is the town untouched by modern high rise apartments and the shoppung malls. It consists of four distinct squares (Durbar Square, Taumadhi Sqaure, Pottery Square, and Dattatreya Square).

Nge Nayapa Jhya Laaykoo also called the palace of fifty five windows was built during the regin of King Bhupatindra Malla and is now used for ceremonial purposes.