Gearing up for pondicherry

As the train approching from coimbatore from our previous destination (OOTY) to puducherry the mercury got risen up and we all were thinking that we must had stick to ooty but what can be done now?? we stepped down at the station and marched towards our hotel Hotel d'europe (a europian style hotel situated near the main market but at a very peaceful location indeed a budget hotel i can say with all the luxurious amenities) we checked in and got ready for our first day excursion on the roads of pondicherry. Getting down in history lane puducherry was once the hub on french east india company and that's why you'll find many french architecture around the city curb.

To explore pondicherry prefer hiring a bike because autos are way to expensive to commute (pondiwheels.com is the name of the shop which gave us the cheapest tariff that is 200 INR for one scooty). After getting our machines we swirl the accelerator on the roads of pondi to get the ultimate expedition experience of our life.

The very first day on the roads on puducherry was giving us chiils open and clean roads, blue beaches, french architecture that one has ever fantasize about their dream house location. It was an ultimate experience to wheel down the roads, we visited many places on that day and the most famous are

Majestic place where silence have its own aura. This place is the "SAMADHI" of sir Aurobindo a freedom fighter, a scholar. Inside the ashram not a single distraction is allowed you can meditate while sitting near tghe samadhi everything seems so cam so serene that one can introspect hi soul to find the deepness in his thoughts and to find a certain meaning of one's life. There's also a book store a treat for the book lovers where they can find the writings of sir.

After the ashram we headed towards the French war memorial on Goubert Avenue just opposite to the rock beach(promonade beach) encapsulating the blue hue of the water is reminder of those brave soldiers who laid down their lives, for their country during the First world war. It was built in 1971. Every year on 14 July (Bastille Day) the memorial is beautifully illuminated and homage is paid to those brave martyrs. It was indeed a treat to see such beautiful monuments erected on the land.

OK!!!! so finally we were heading towards our first beach in puducherry the paradise beach- the most beautiful beach indeed. It is nearly 7KM outside the town and to reach to the beach one have to shell 200 bucks for the ferry ride to the beach. Blue waves, endless horizon, beach sand whew!!! i thought i was still in my dreams. Spend around 3 hrs and all the exertion flew and we felt like recharged again. Later we had our ferry back adieuing the setting sun.

Its the fourth oldest church in puducherry built in 1855 a marvelous structure with beautiful carvings indeed one of the best church i visited. Praying sitting next to the shrine is a bliss and praising he beauty of the church. Surely a must visit place.

Later in the night we wrapped our day by sitting on the rocks of rock beach till 2 in the night and feeling the cold waves and showers of water helps us to revive our old memories and smiling on all the things which distracts us but yeah one thing was common in all the people sitting beside us and that was SILENCE!!!!!

On the very next morning at around 5 everyone was having sound sleep but something was making me restless and that is how can i miss the sunrise ITS PONDI and one can never have that experience while being away from puducherry so i woke up my friend and we got hold of our machine at 5 and drove to the rock beach to capture some serene shots of sunrise i don't know that some sort of magic was involved or what but that aura was creating magic yoga sessions, sunrise haah! what other one wants from his life.... (you can find out the photos of the sunrise attached with this). Later after getting in hotel and having our south indian breakfast we headed towards our second day excursion which was already decided that we will be exploring the south of the puducherry. So we drove all the way through the city at the end of the south from the woods the road was exactly the same i used to dream about and yeah finally i was driving on one such road it was an amazing experience to throttle the accelerator on the woddy roads welcomed by the falling leaves. After driving for around 45 min we reached to the 1 destination of the day...

Auroville is an experimental township founded by Mirra Alfassa (a.k.a. The Mother). The center encapsulates the Matrimandir, which was conceived by "The Mother" as "a symbol of the Divine's answer to man's aspiration for perfection".

"Road to the matrimandir is led by a shady road" one sign board reads, indeed it is not every shady fields have a dead end but this one stores the magnificent architecture covered with 12 petals covering the area with 12 garden having 12 flowers (hibiscous) which denotes the 12 desires(phases) of a man. The dome is covered with 1400 golden discs representing a large supermental sun. The middle of the dome have 12 meditation sites according to 12 desires.

Auroville is the place where the connection between spirit and matter is being studied by one's soul. the calm environment around adds serenity to solitudity.

Later on that day we headed towards our 2 beach on the bucket list of puducherry that is serenity beach a large rocky beach ideal to have fun with your mates.

French colony is the colony established by the French people all the architecture is of frech style and one cannot deny that while roaming in that colony you literally forgot that you are in INDIA it feels like you are roaming in some French city with all the French architecture welcomed by the beautiful decorated gates. Highly suggested place to go and spend some time roaming on the streets on that colony.

Cafe 24 is the only cafe in puducherry located on the Promonade beach (the most beautiful beach of puducherry) that is open for 24 hours (don't miss to take a sip of their especial coffee) one can indulge themselves in endless talks, romantic time, and even solitude. this marks the end of the second day in the town and perhaps the end of our journey to the French city.

Finally we adieu to the city with a soaring heart making promise to myself that this place is again on my bucket list and in the most frequently visited spots. 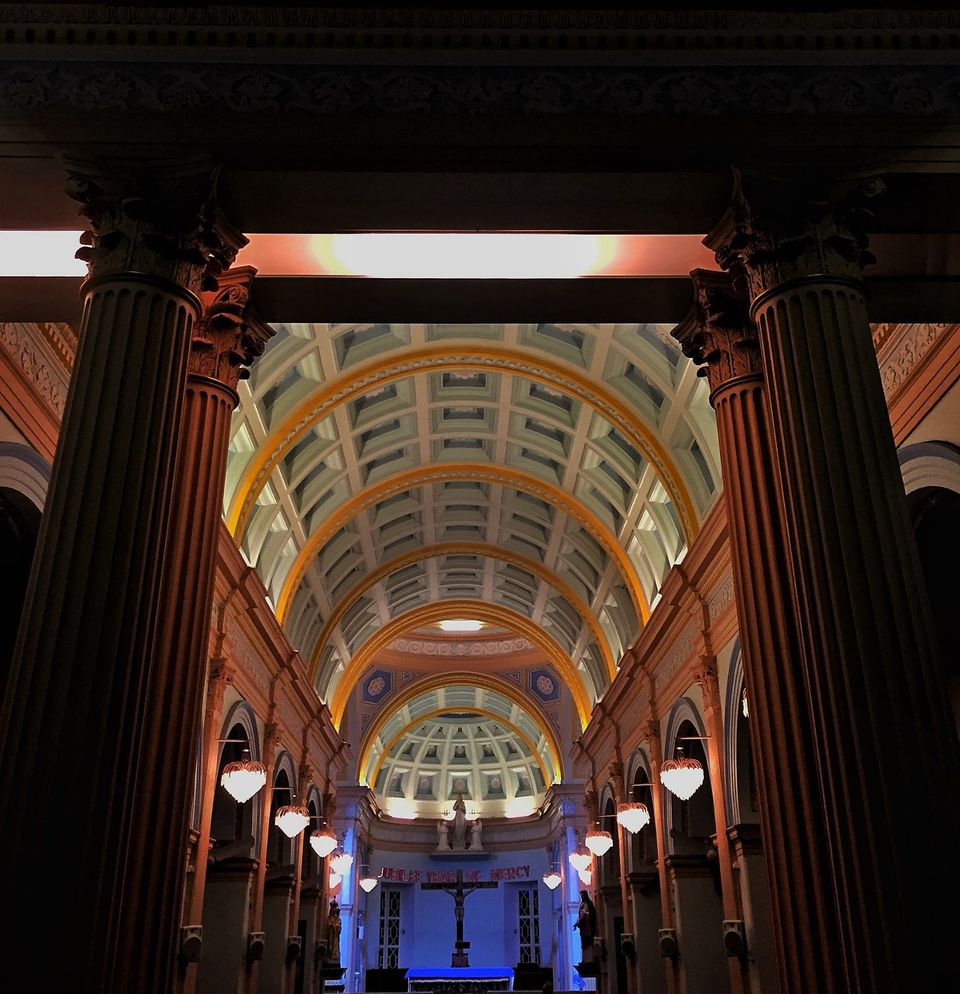 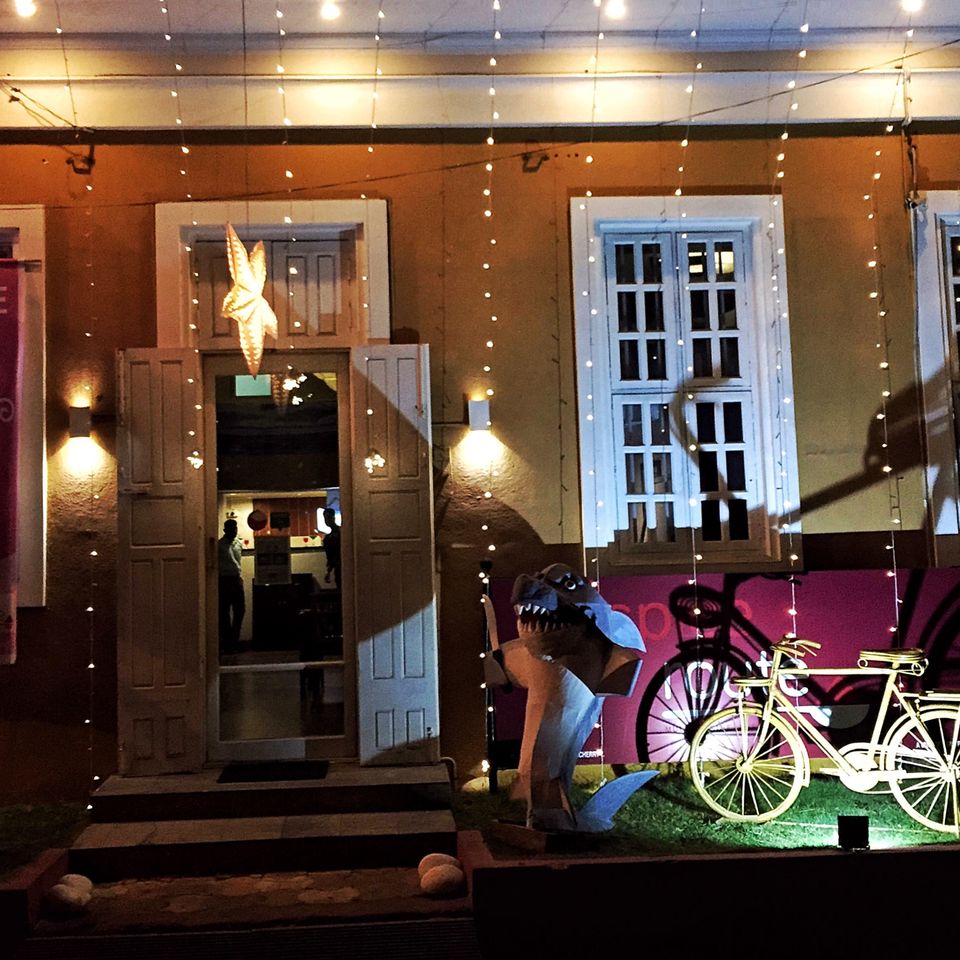 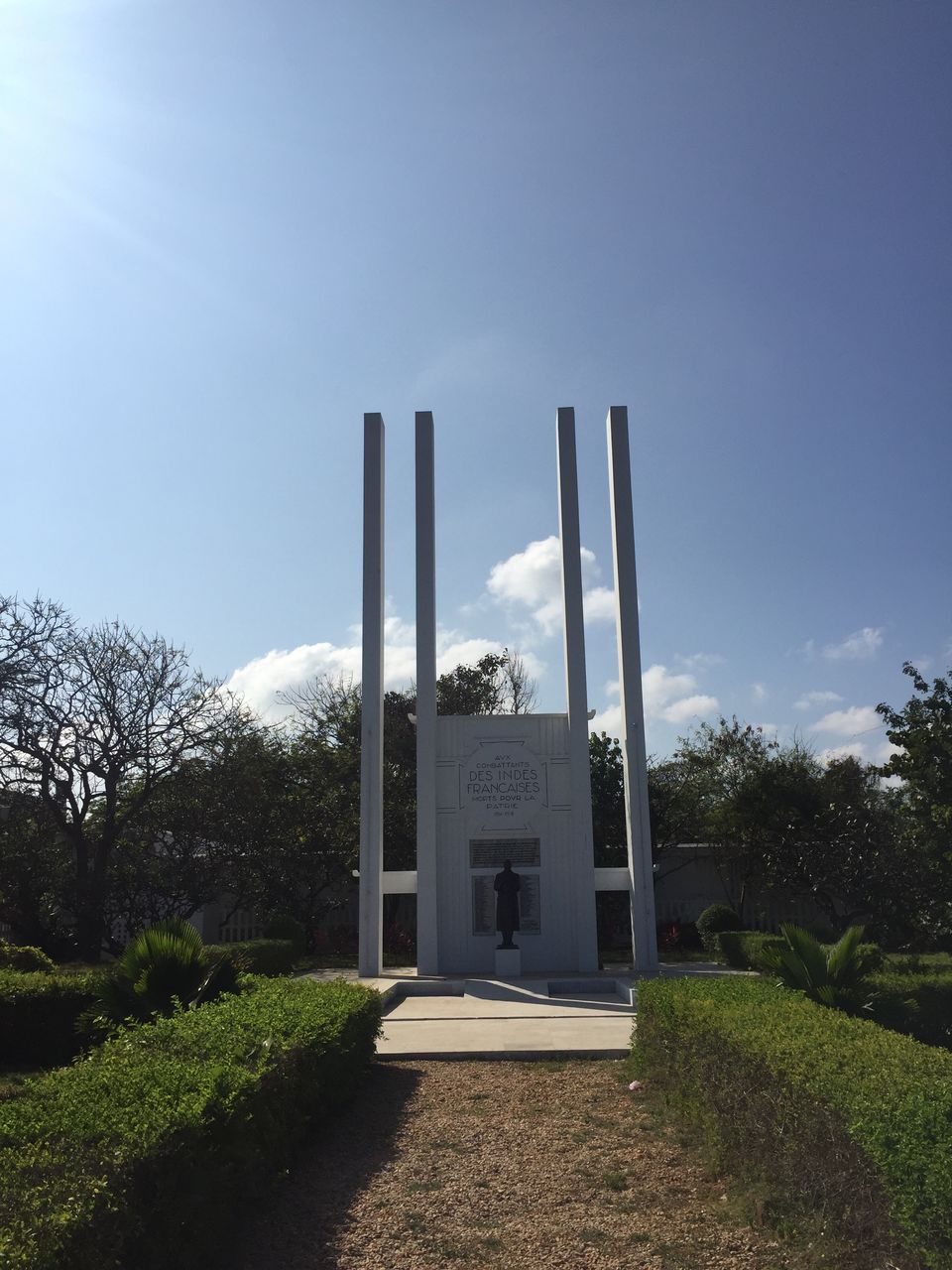 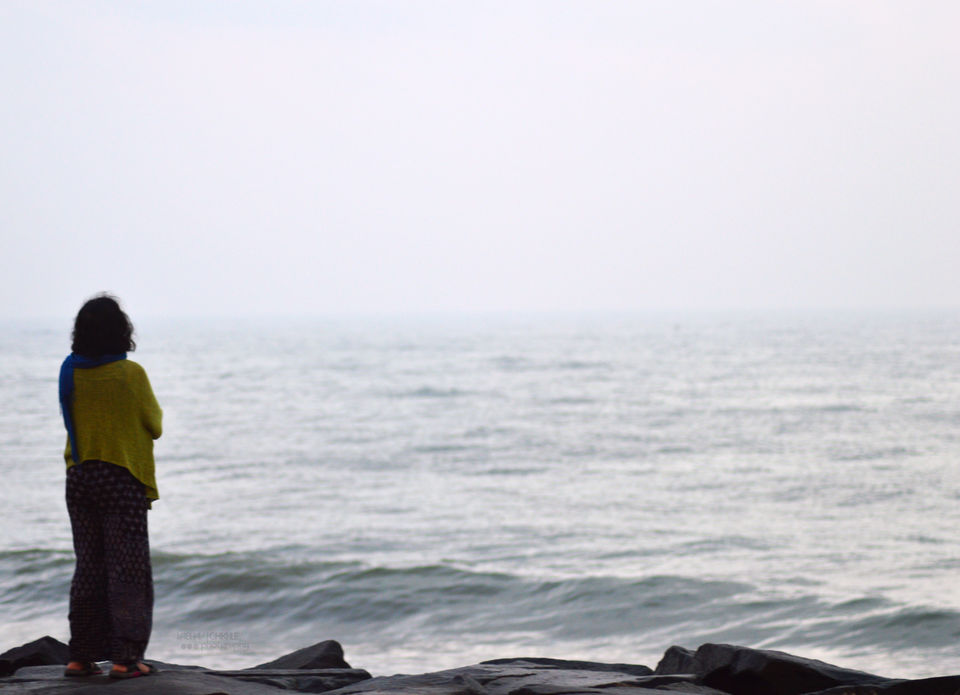 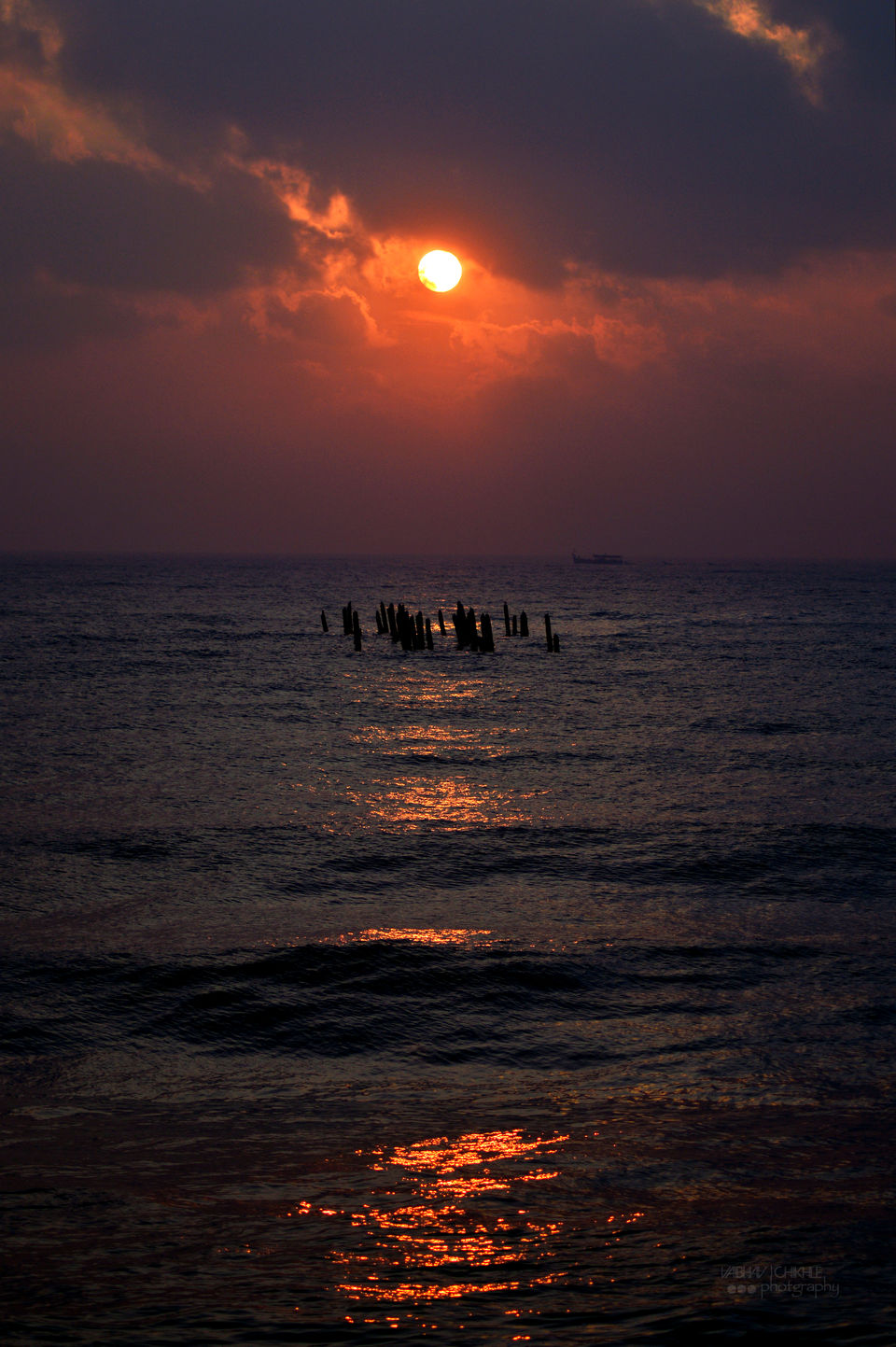 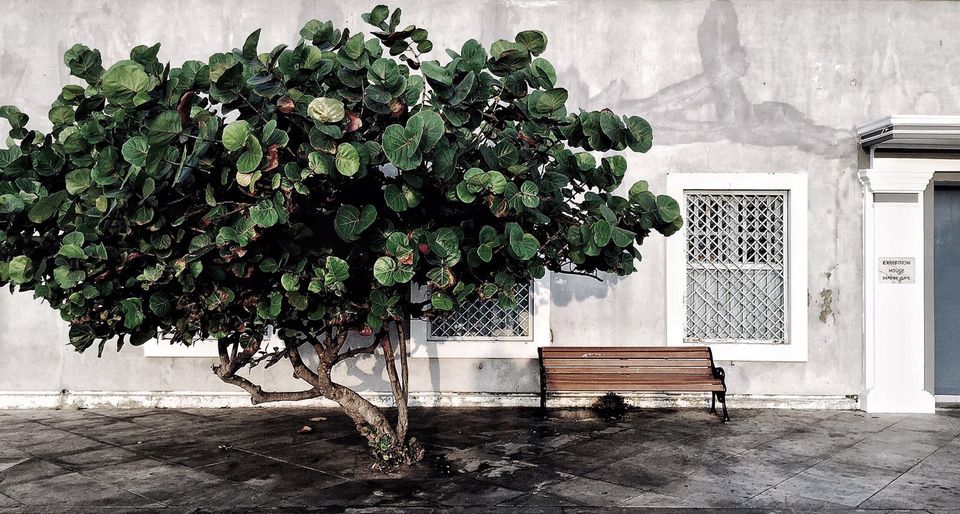 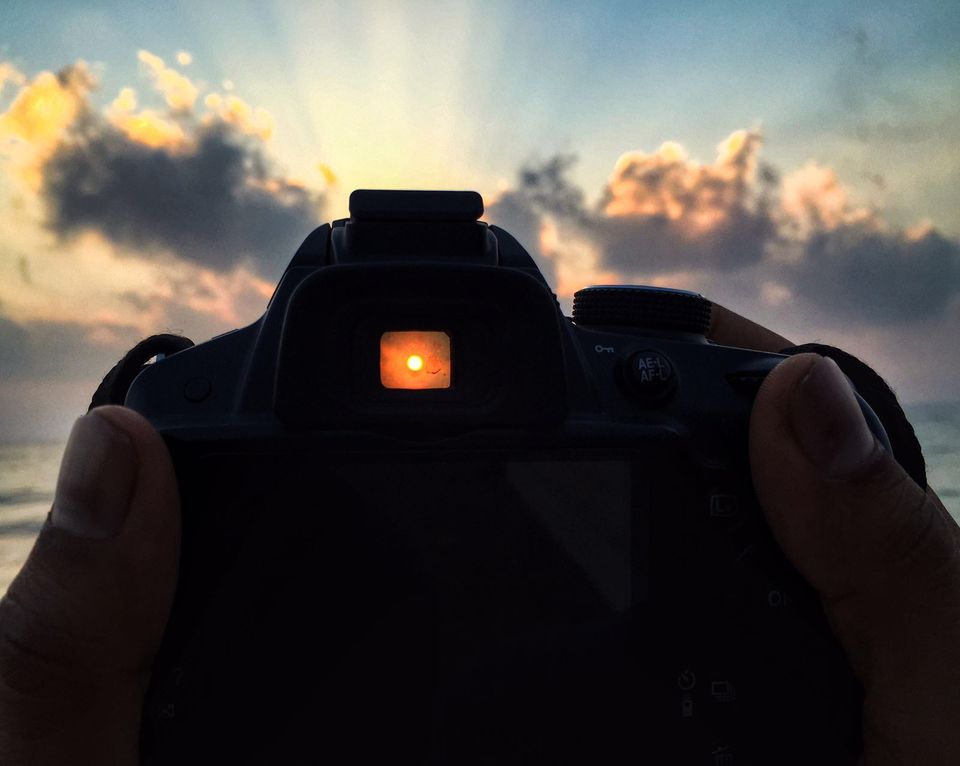 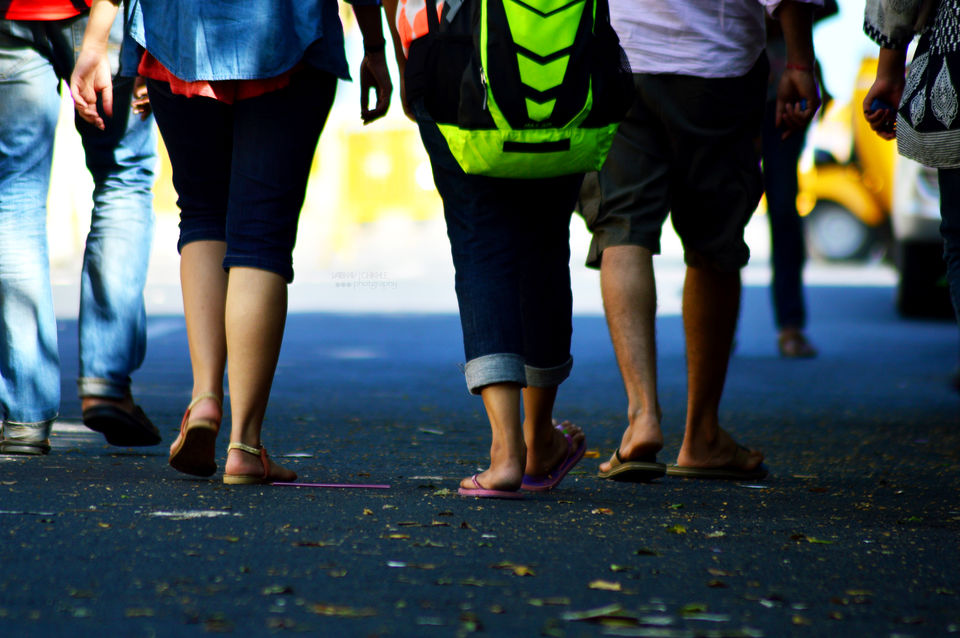