Udaipur - In the land of brave Mewar Warriors

Udaipur-In the land of Mewar

When I started writing this article, many names came to my mind for the heading revolving around the number of lakes, palaces it has, the glorious Mewar history it preserves.

I learnt that my house address in Jaipur is a reminder to the world that the kingdom of Mewar has given brave warriors to the country like Rana Sanga, Maharana Pratap, Rana Kumbha etc.

1) Udaipur itself is a small city and I liked to walk around the city from one tourist attraction to another. I noticed that I was not the only one. I saw many foreigners chilling around cafes on Lake Front. The places of tourist attraction like Jagdish Mandir, City Palace etc are at walk able distance. Sajjangarh is little far from the city. Also rope ride Karni Mata Mandir is some 3-4 kms from the main city.

2) Also walking gave me a good opportunity to glance at the art shops in the city. I have been to many cities, but the amount of art shops I saw in Udaipur was amazing. One could buy leather bound books, satchels etc here.

3) Udaipur city palace and many other palaces in the city are maintained by the trust run by the current king Sriji; hence all palaces are well maintained as museums or restaurants, hotels. Kumbhalgarh, on the other hand is being maintained by ASI ( Archeological Survey of India). The city palace charges a good amount for its tickets, but it is well used to maintain a palace.

4) Udaipur is a city of lakes and palaces. Apart from the five star hotels like Taj Lake Palace, Udai Vilas, Leela etc, there are many havelis converted to hotels. So even if you can’t afford five stars, you can always stay in these havelis or chill around in them for food. So eating at various places like Ambrai hotel and other places like these while overlooking the lake lets you enjoy the beauty Udaipur is.

5) I like knowing the history of a place, and being in India you get to hear lots of stories associated with the place. So if you share the same interest, you must do the following at places you visit

6) Bagore Ki Haveli hosts a cultural show in the evenings. This show is a must for any folk music and dance lover. They show Rajasthani dances like Chari, Bhivai, Ghoomar, Gorbandh etc. I have been watching these dances since my childhood as a part of annual festival of school years, but never had I known the history of their development. Someone has rightly said about music and dance reflecting the lifestyle of people. For example consider Bhivai Dance where a woman dances carrying ten pots on her head. This is her survival tactic when she walks miles in a day in search of water. So she can’t come back carrying one pot of water. For an agricultural lifestyle, animals play a very important part. Camel being the king of desert becomes center of attraction for Rajasthani tribes on Govardhan Pooja, a day when animals are worshipped. So the in the dance Gorbandh, women show off the decoration accessories they have made for their camels. Puppet show is another attraction of the show.

7) The luxury hotels in Udaipur like Taj, Oberoi, Leela etc are well beyond for a person with average budget. You cant even visit Taj, Oberoi etc if you don’t have a reservation. An exception to this is Jag Mandir Palace for which you get a boat ride from City Palace. It also has a restaurant and you can well chill at this place and splurge on yourself once in a while.

8) The ropeway ride to Karni Mata Mandir is a very scenic but a short ride to the temple overlooking the entire city. It is as if the entire city is under gaze of Karni Mata. You can understand the layout of the city from this point. There is a person who has a telescope set here and he shows you all the important landmarks and the movies shot there like Taj Lake Palace, Oberoi Udai Vilas, Leela, City Palace etc.

9) Kumbhalgarh is a fort which has served as an alternate for Mewar kingdom when their forts have been under threat. It has a 36 km long perimeter wall, second after Great Wall of China in Asia. It has been kept under ASI, and hence not marketed well enough like Udaipur’s City Palace. This fort used to have more than 300 temples out of which majority were Jain temples. It has more than four levels of entrances to finally reach the main fort. It is less frequented by tourist because of its distance from Udaipur but has played very important role in history. It takes some two hours to reach Kumbhalgarh from Udaipur, but as my driver told me, it is one of the “best country side roads” voted on tripadvisor. It is also the only fort in Mewar from where you can see Marwar. Though I have heard the terms Mewar and Marwar since childhood, but never I knew that these two are geographically divided. The mountains of Aravallis which fall in Rajasthan is Mewar and the plain areas like Jaipur fall under Marwar. From the top heights of Kumbhalgarh fort one can see the plains.

10) Since Mewar is built on hill, the Mewar rulers have built water catchment areas in the hills so that rain water is collected in form of lakes for benefits of people.

11) Vintage Car Museum too is at a walking distance from the city palace. It houses some of the rare vintage cars like Buick, Ford, Mercedes owned by Mewar kings in the British times. The fees is a exorbitant, so many people skip it. All the cars are still functional and not only participate but also win vintage car competitions held across the world. It has Garden Restaurant just outside where Veg Thali is a must eat.

12) Ranakpur Jain Temples are some 70 km far from the city. I had clubbed Kumbhalgarh and Ranakpur in one day. The place where it is built is very serene and surrounded by hills all side. The temple is very beautifully carved and very well preserved. The temple has a very calm and peaceful aura. There were many places to sit watching the hills around. I felt that I could sit there whole day doing nothing.The lunch/prasad that it offers for minimal fee is very delicious even without onions and garlic. This temple is again an example of bravery of Mewar kings. When the monks were troubled by Mughal rulers in other parts of the country, and other Hindu rulers did not even gave them shelter because of fear of Mughal, Rana Kumbha not only gave them protection but also gave them land and funds to build their temple. Thus Jain monks called it "Rana-Ka-pur". 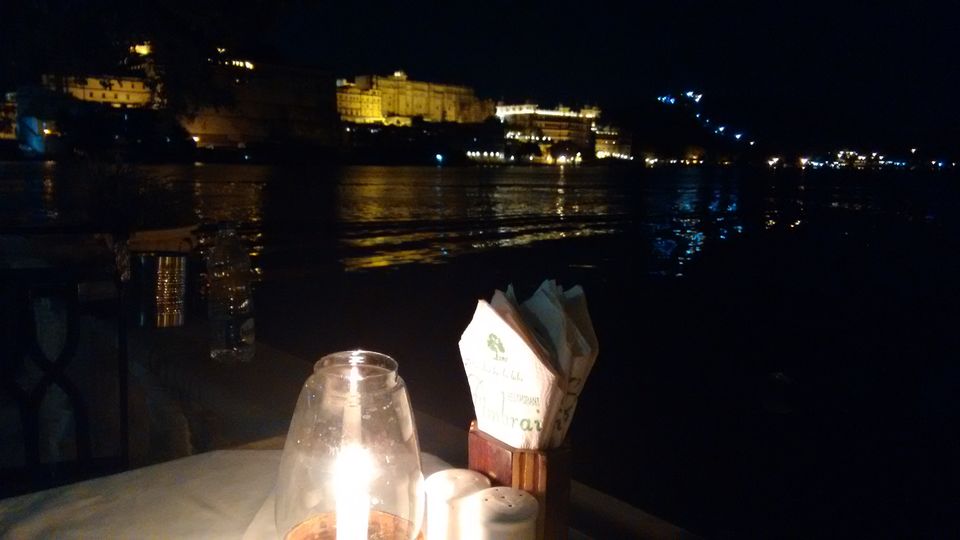 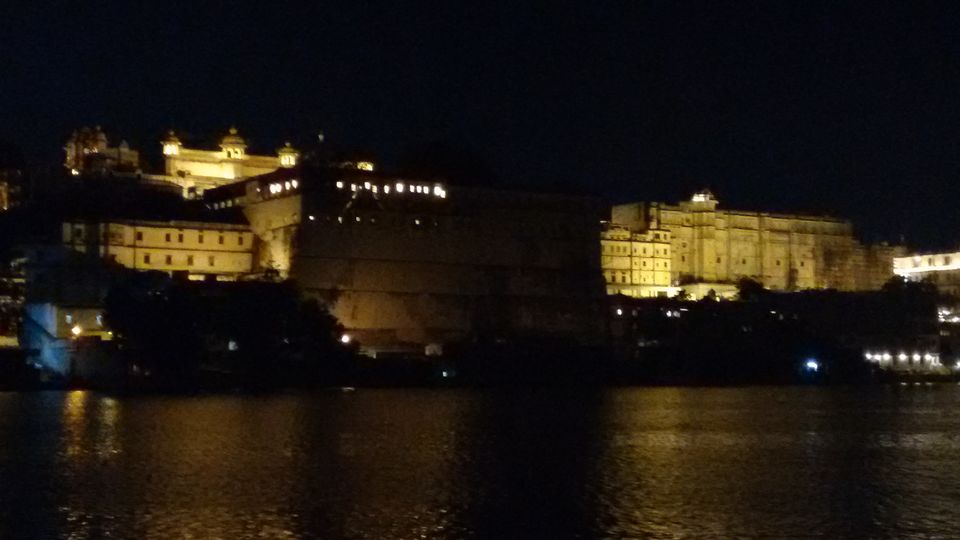 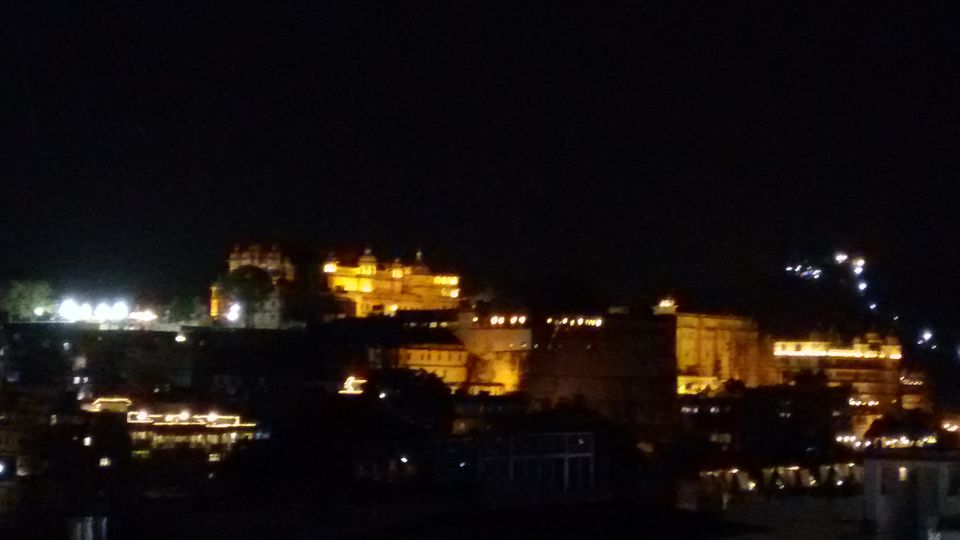 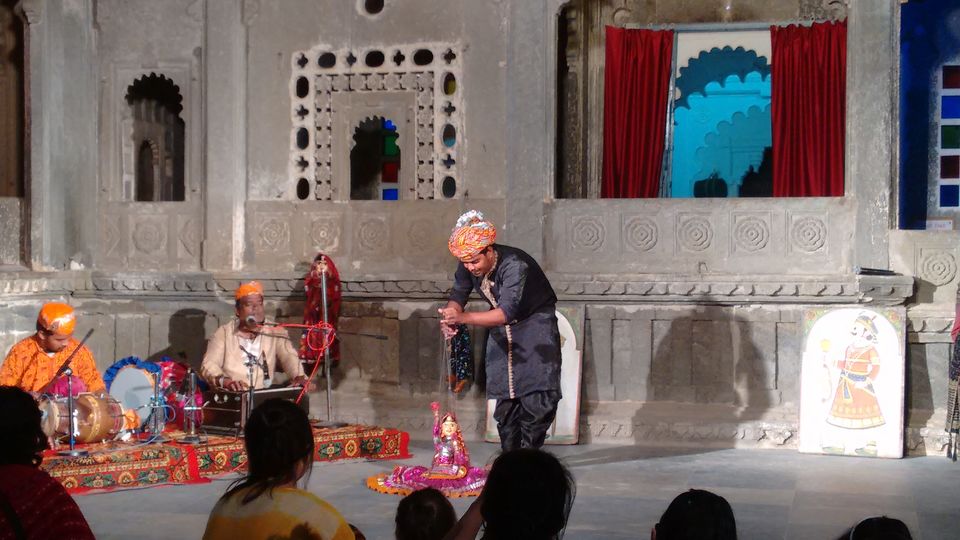 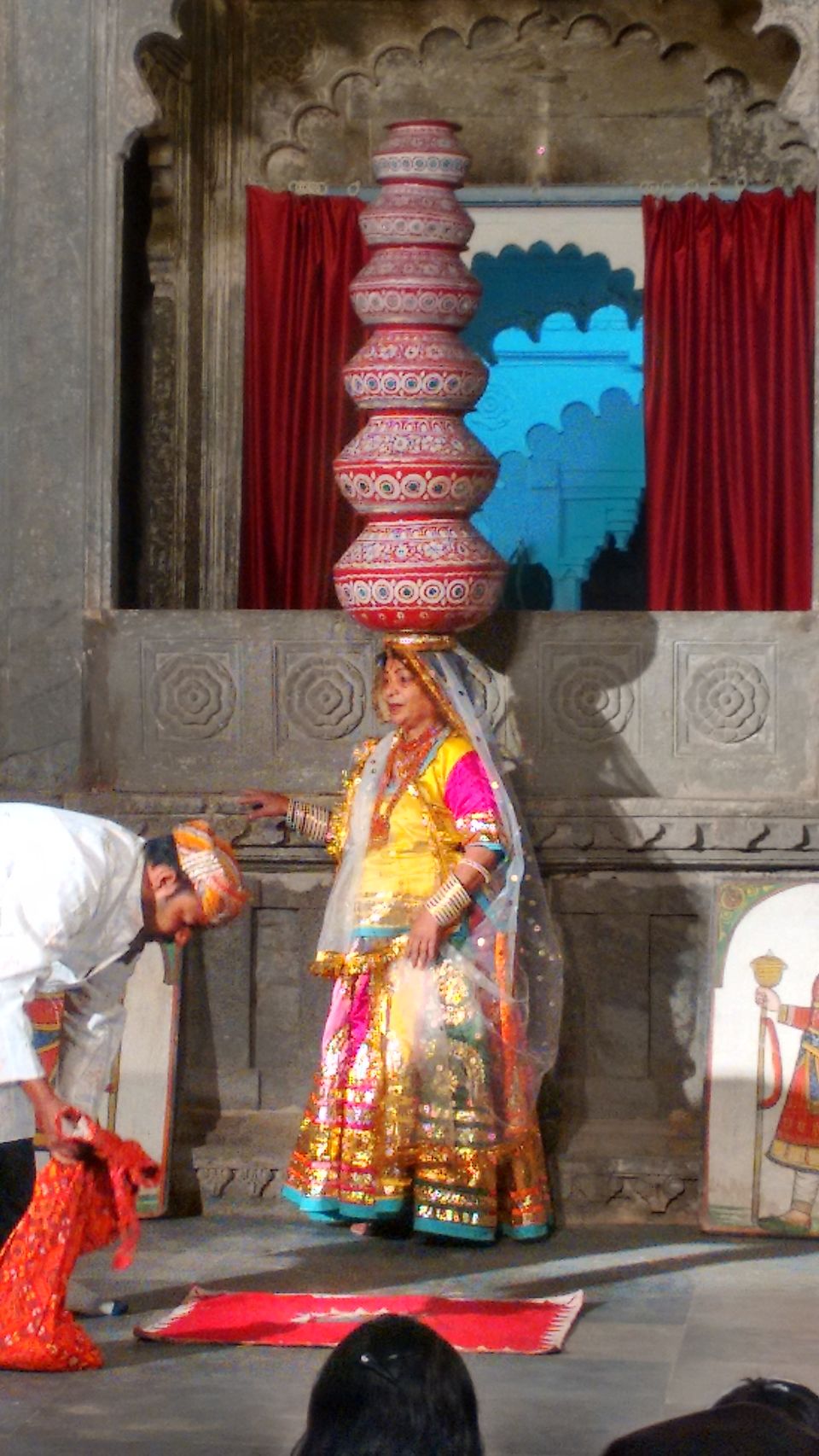 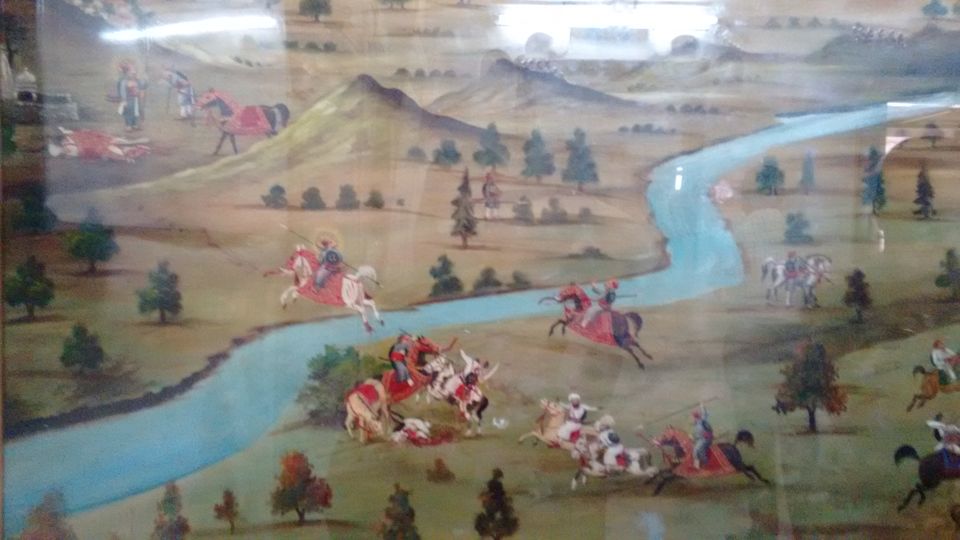 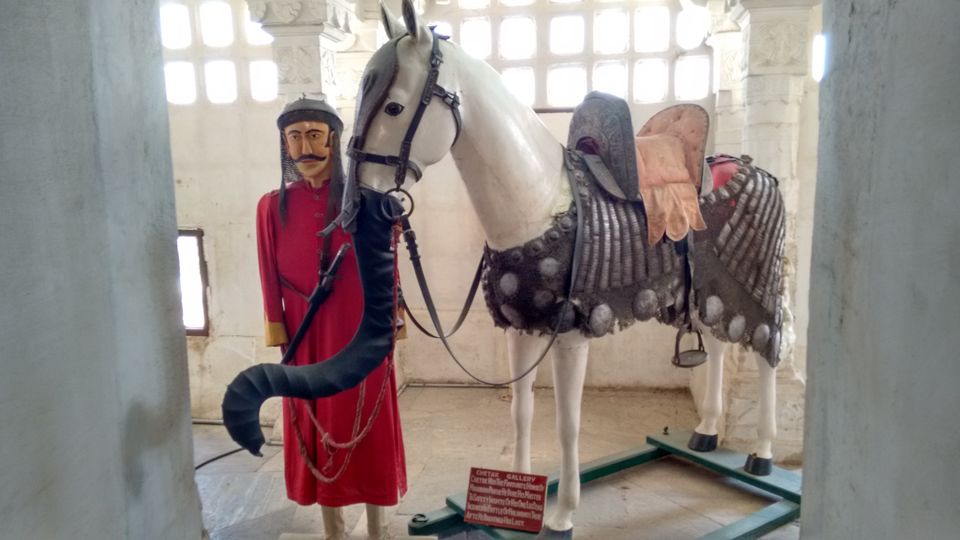 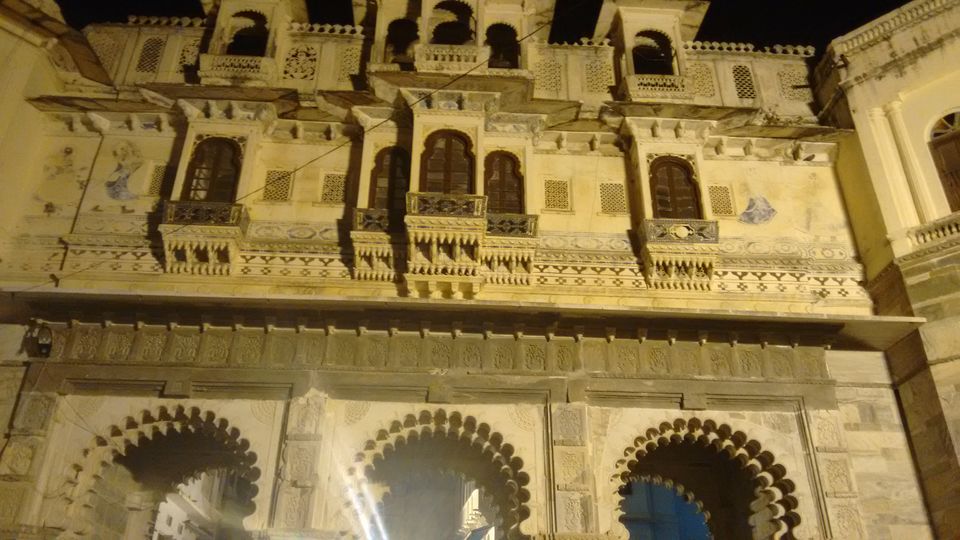 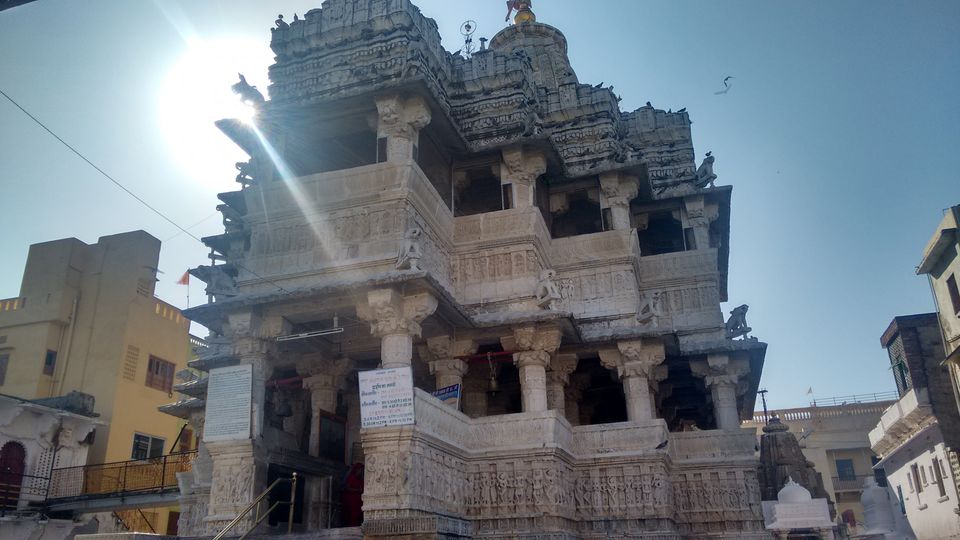 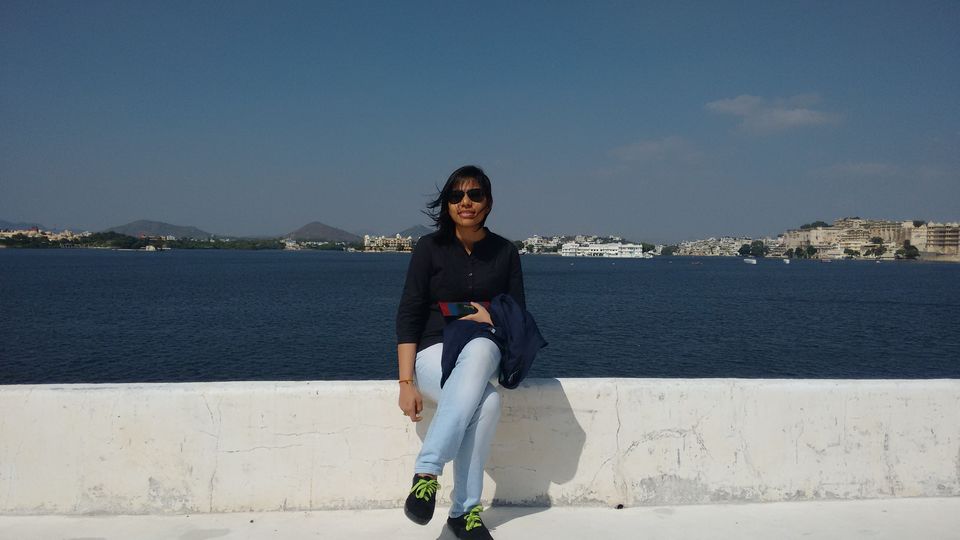 One of island palaces in Udaipur, others being Oberoi, Taj which you can visit

Rope Ride to highest point in city, View of complete Udaipur and its expensive island palaces from top 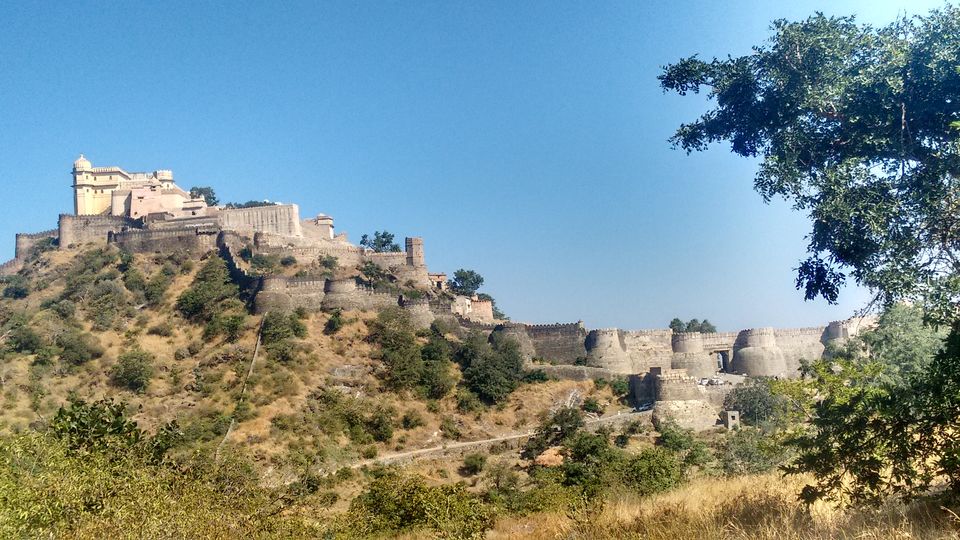 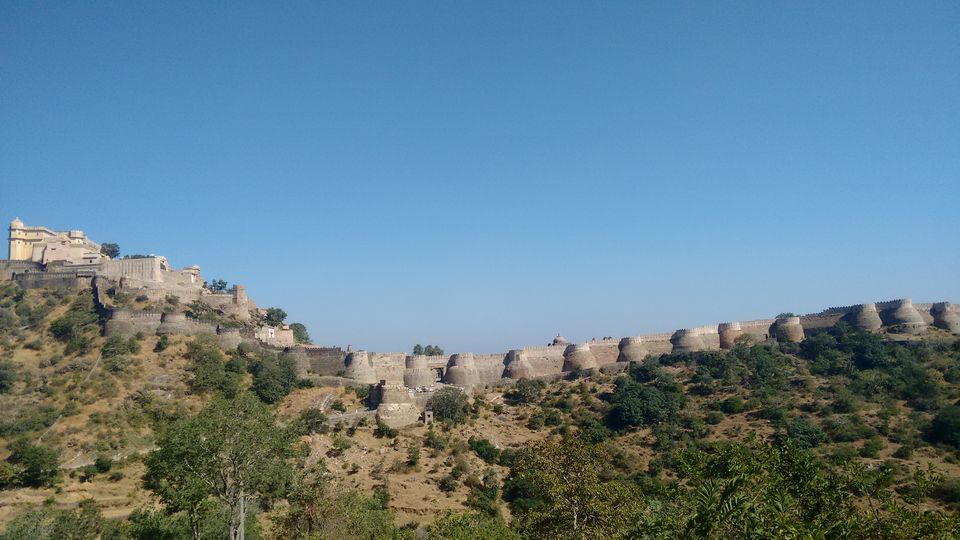 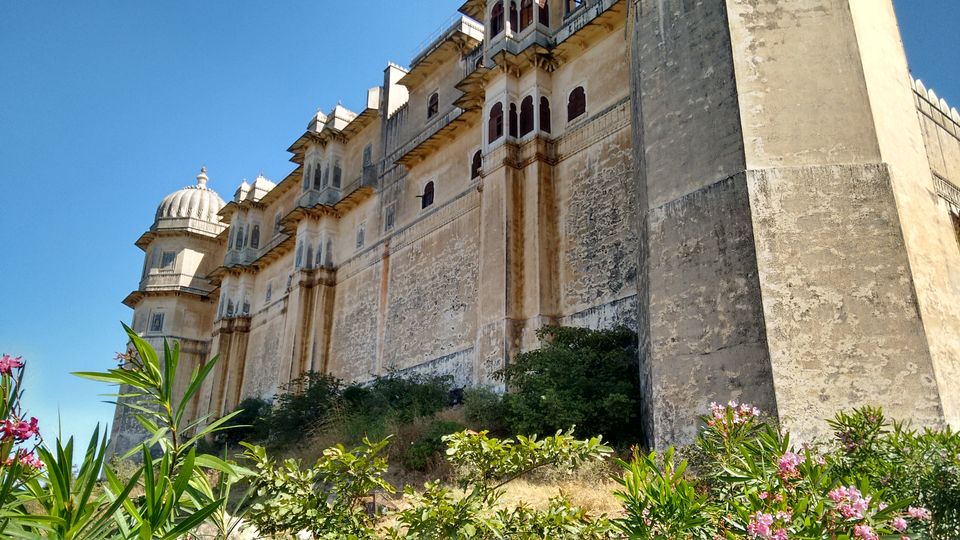 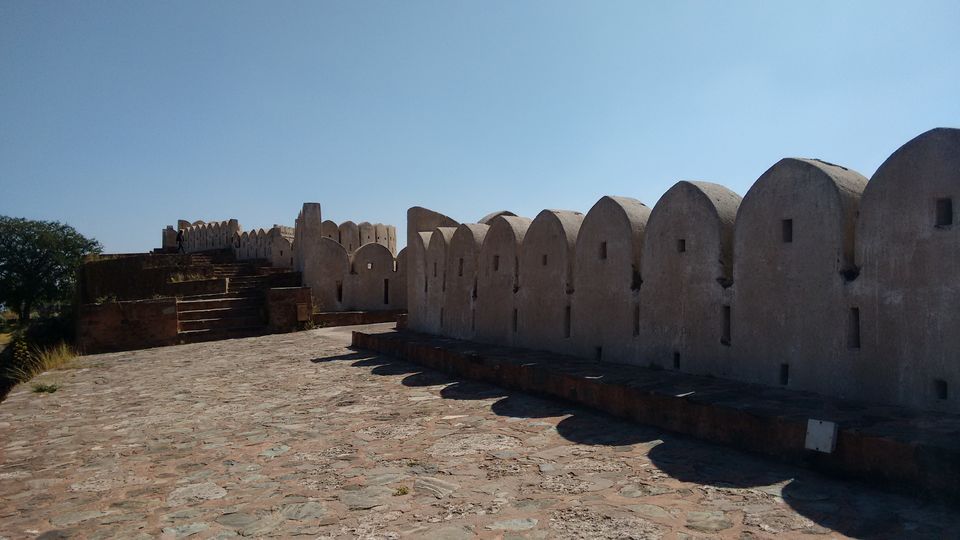 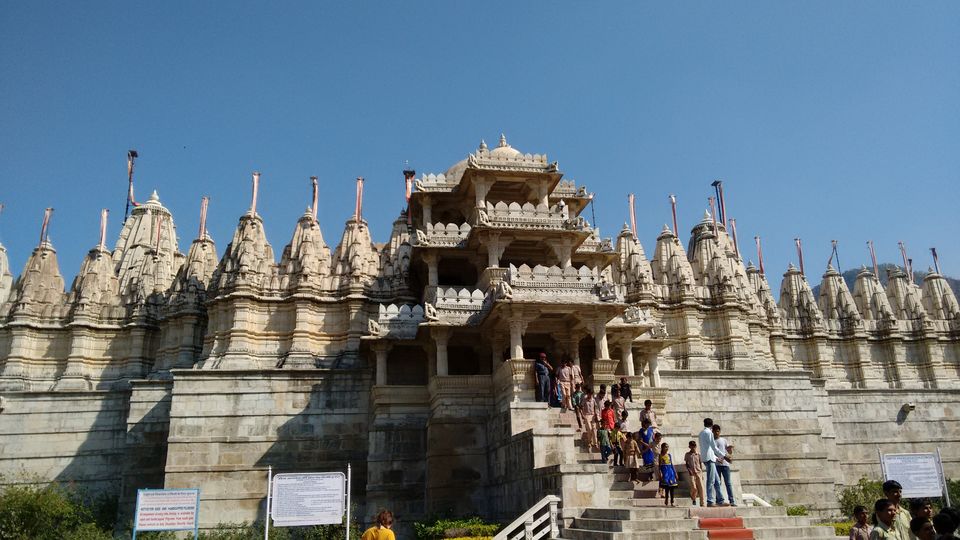 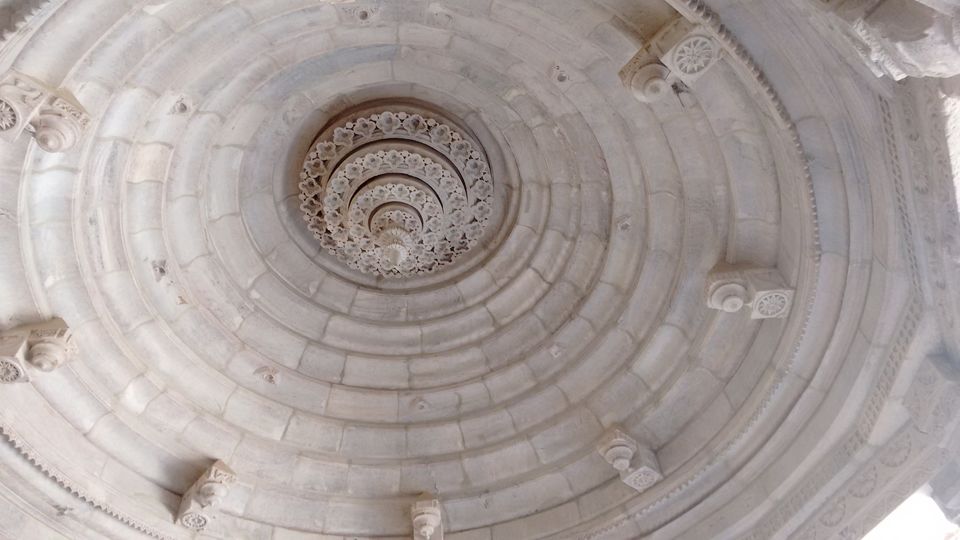 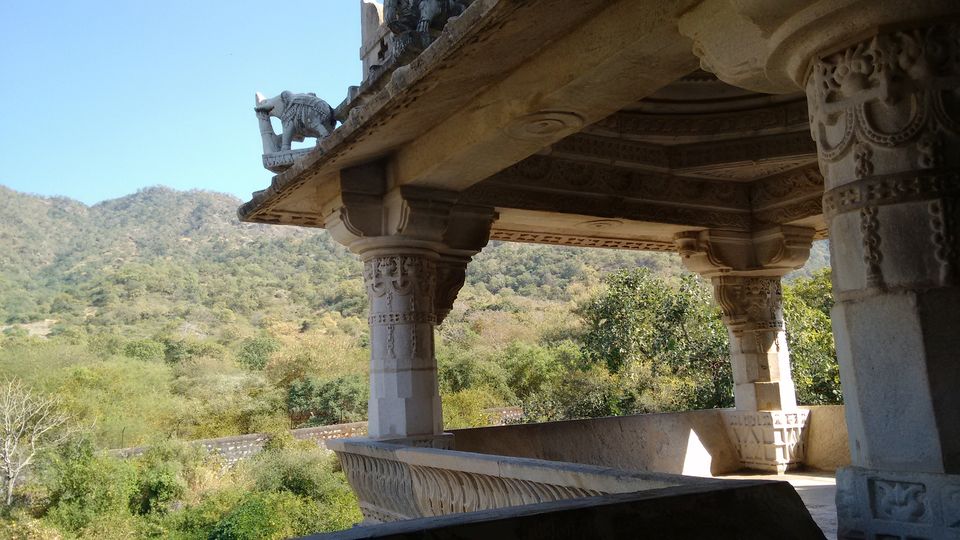 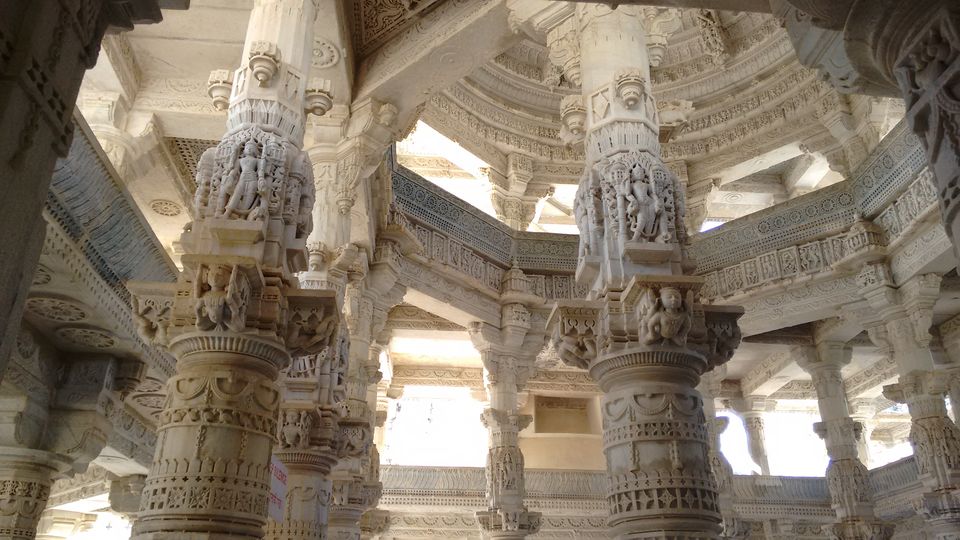 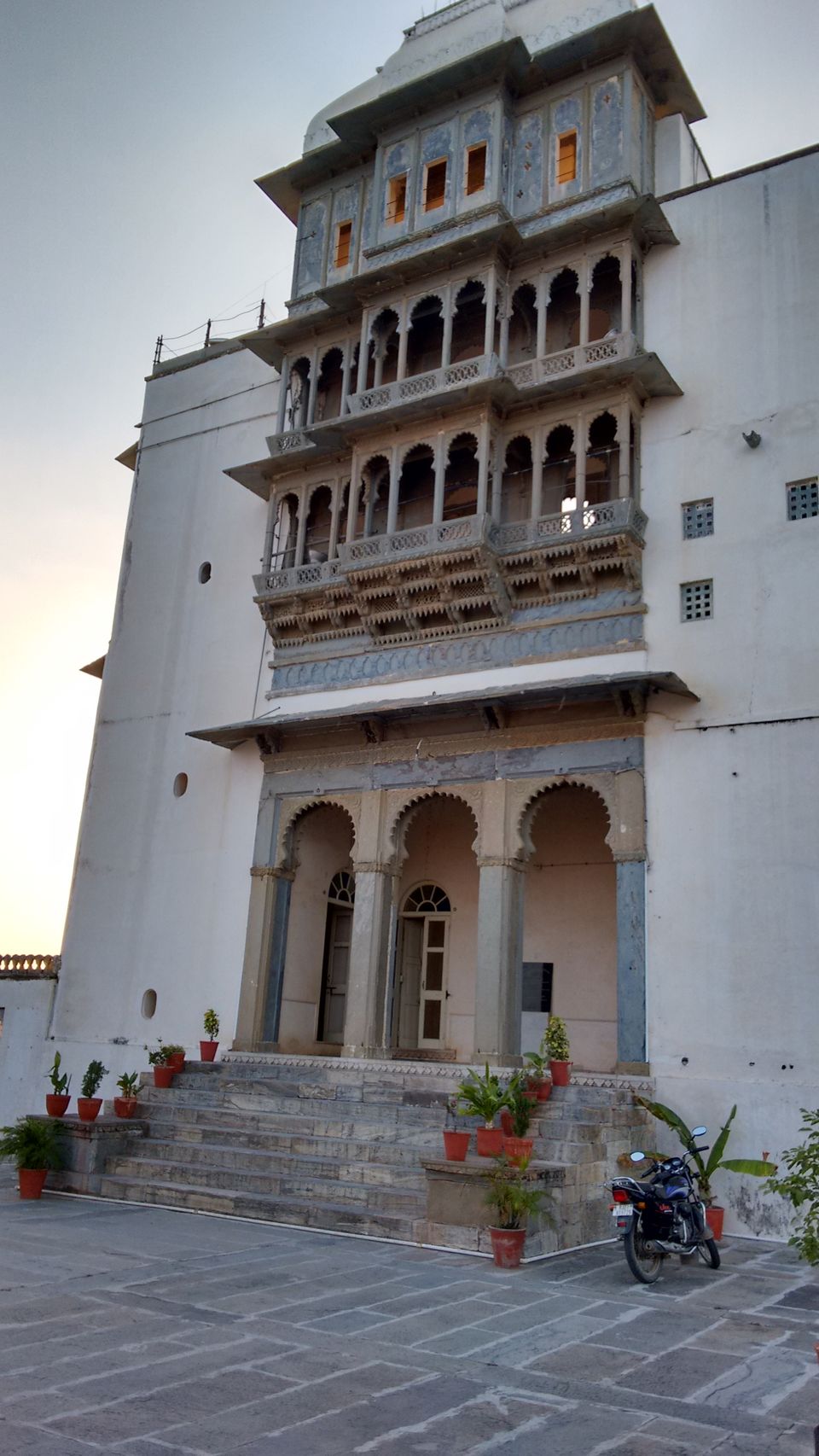 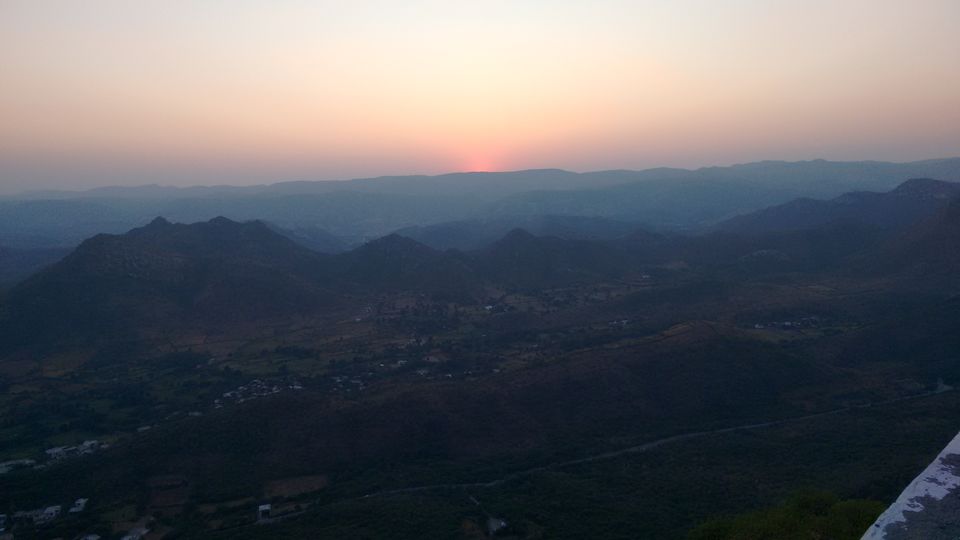 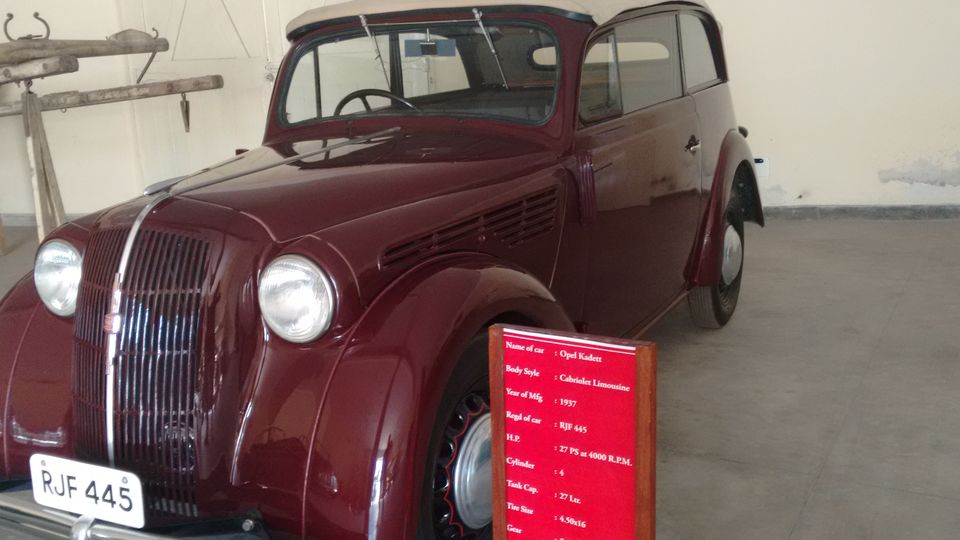 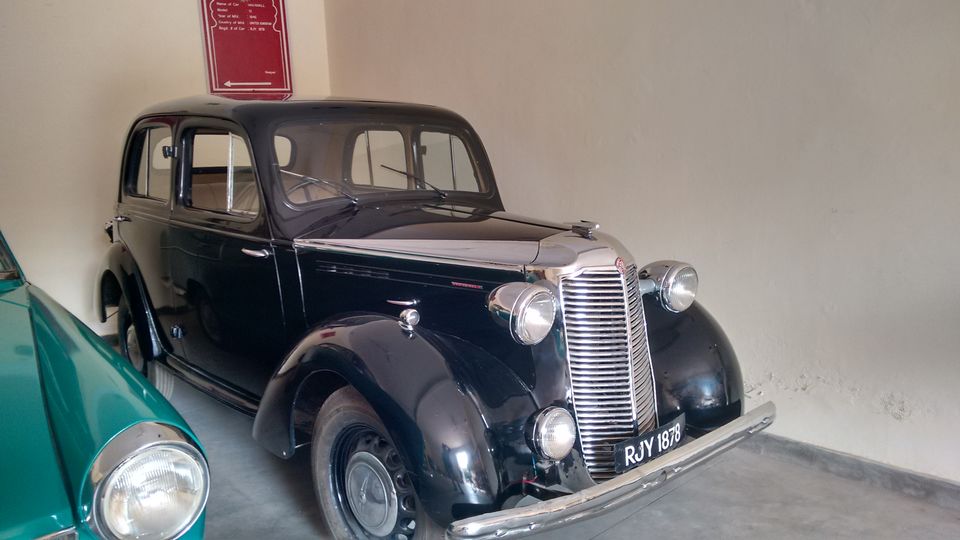 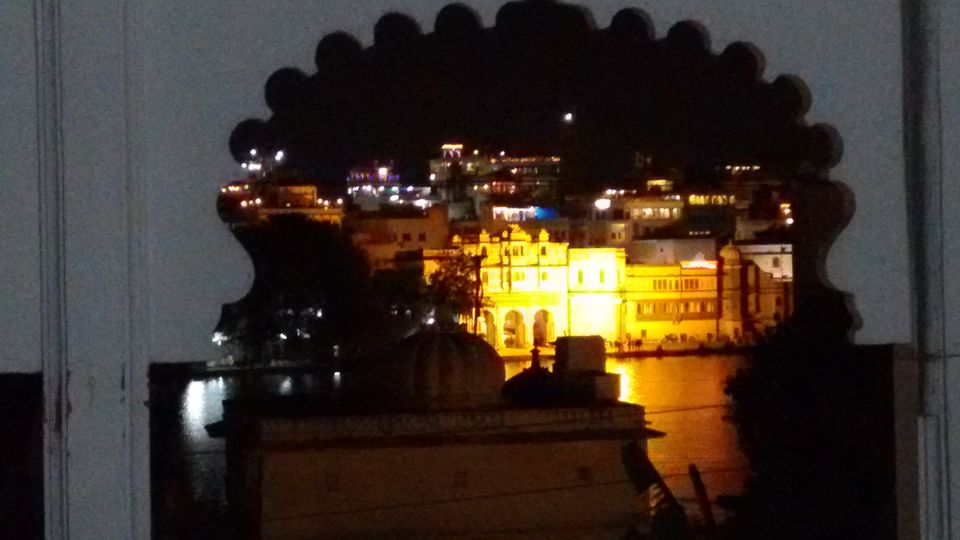 best family packages for udaipur, weekend holidays to udaipur, romantic experience in udaipur, things to do in udaipur in 3 days, udaipur night places to visit , hotels in udaipur in low cost