This is a simple guide and itinerary to an extraordinary and economic Trip & Trek to North India which everyone should try at least once in their Life Time to experience Adventurous and Adrenaline rush moments.

To Explore the places on our comfortable time, we booked a zoom car before we reached Delhi.

we booked rooms in nearby hotel to refresh up. There are plenty of options for rooms with varying rates and stars.

After Freshen up, we started to Agra in car via Yamuna express Highway, which is one of the best road in India.

we had lunch in between in a Highway Hotel, which was an average Food, then started and reached Agra. 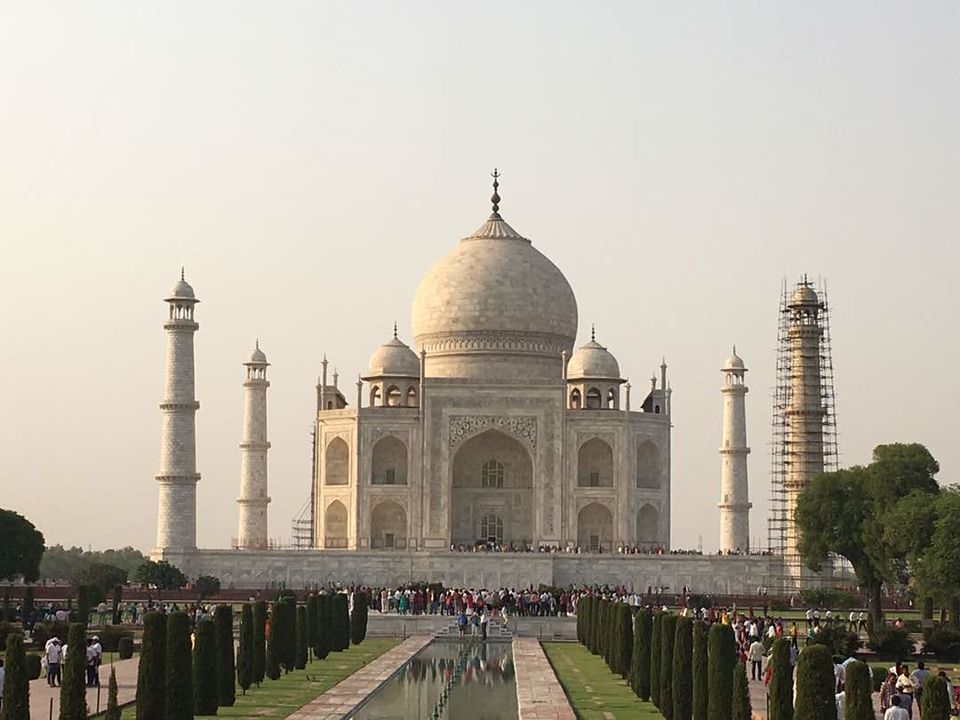 After roaming around TajMahal and Other few forts there, we started back to New Delhi to spend the night.

Day 4 : Early morning we started to Rishikesh as we need to be there by 9.30am at-least to do some adventure activities.

After crossing some good , bad and ghat roads , Three State Borders , finally we reached Rishikesh amidst of so much traffic at Rishikesh

Once we reached Rishikesh we directly rushed to Jumpin Heights Office to book our Bungee Jumping slots, you can also book your slots prior in online in their website Jumpin Heights

we reached Jumpin Heights Office to make our bookings and it also has Flying Fox and Giant Swing adventure activities.

Once we done with our bookings we headed to Jumping point which is one-hour travel from Booking office, we can either go by our vehicle or they have shuttle services from office to Jumping point and return drop at office.

we reached the Jumping point after an adventurous road trip from booking office through narrow roads of mountains.

As there was long wait for Bungee Jumping, meanwhile we booked slot for Flying Fox on spot as we got few slots available luckily. 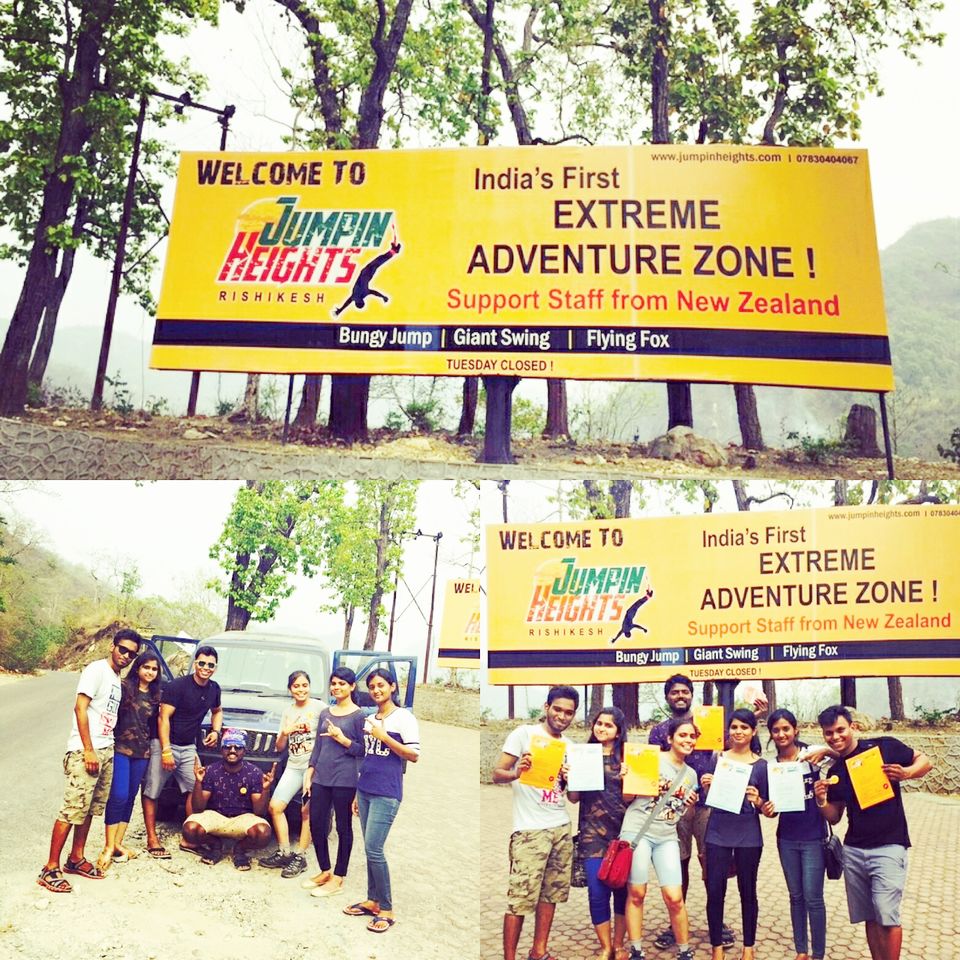 Tips : Book in advance , otherwise you won't get slots. Go as early as possible to avoid rush.

After such an adventurous day, we booked rooms near Ram Jhula.

we booked it via Oyo Rooms , in which you can get some economic rooms which is with in your budget.

Once we freshen up, we went to river side of Ganges to witness the famous Ganga Aarti.

After spending some peaceful time in Ganga River Bed , we headed to have dinner in Chotiwala Restaurant which is top and best Veg restaurant in Rishikesh.

Day 5: We had a peaceful sleep that night as we planned for a river rating next day morning. You can find 100s of rafting booking offices all over Rishikesh. Almost all charge the same,so book in any office which you like.

River Rafting is categorized based on the difficulty levels and duration.

we preferred Shivpuri route based on the time and strength of team members we had.

it costs 350INR per person, and separate cost for Go Pro video if you need.

This is One of India's Best Rafting point which is so adventurous and thrilling. 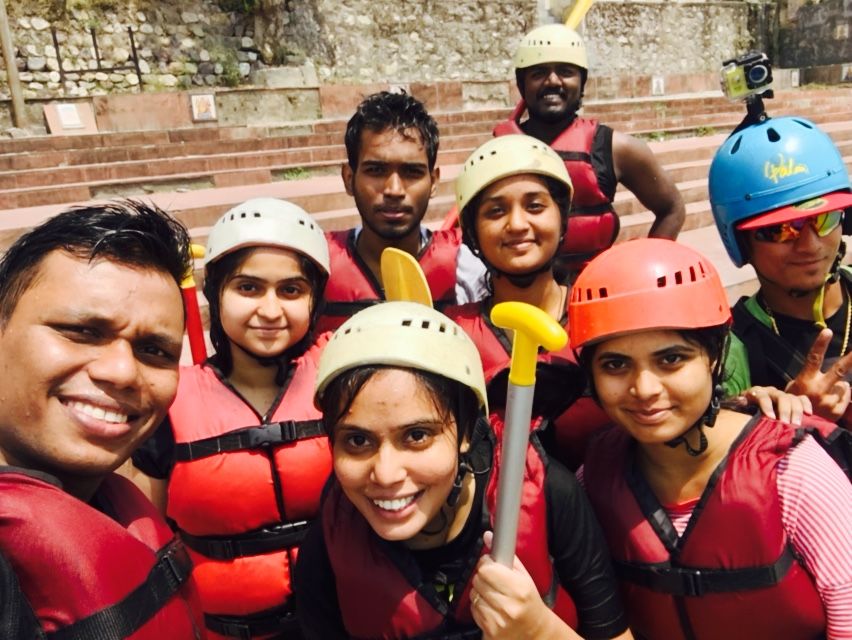 After the tiresome Rafting , we went back to room and checked out as soon as possible as we need to return to Delhi before evening.

We reached Delhi by 7pm and returned the car.

Somehow we managed to board the bus before it leaves.

For Bus booking you have plenty of options in Red Bus from private Buses to HRTC government buses.

But book well in advance , because during season times you wont get seats easily.

Day 6: It is a over night Journey to Reach Bhuntar

From Bhuntar, we need to go to Kasol where our Trekking base camp is located.

You have different mode of transport from Bhuntar to Reach Kasol.

Private and Government Buses, Cabs/Taxis are available at affordable rates.

We took a cab as we had so many luggage and we were tired.

After one hour journey, which is due to bad road and traffic, we reached Kasol base camp.

Why we came to this Kasol - The Heaven's Gateway?

It is for the Himalayan Expedition - Sar Pass Trekking.It is one of the toughest trek

Various trekking groups organizing Sar Pass Trek , itinerary and the route differs for each of them.

We preferred YHAI , because it is one of the biggest NGO which organizes various trekking and biking expeditions in India during all seasons.They organize Treks, Family Treks and Camping Study Tours,Biking,.etc. So if you are an economic and budget traveler then blindly you can go for YHAI.

Sar Pass has one of the toughest Trails during the trek and also it has fantastic camps during the trek. We had Heavy rains, Hailstorm, Heavy winds, Snow fall, Landslides during our trekking which made it more adventurous. Sar Pass Summit is at the height of 13800fts from the sea level with a scenic and heavenly view of Himalayan Mountain Ranges. In one word, Sar Pass is DOPE !

Slots for Sar Pass Expedition in May-June will be opened during December First week and it will be filled in a week.So book it as earlier as possible.

Cost : 5300INR which may slightly vary every year. 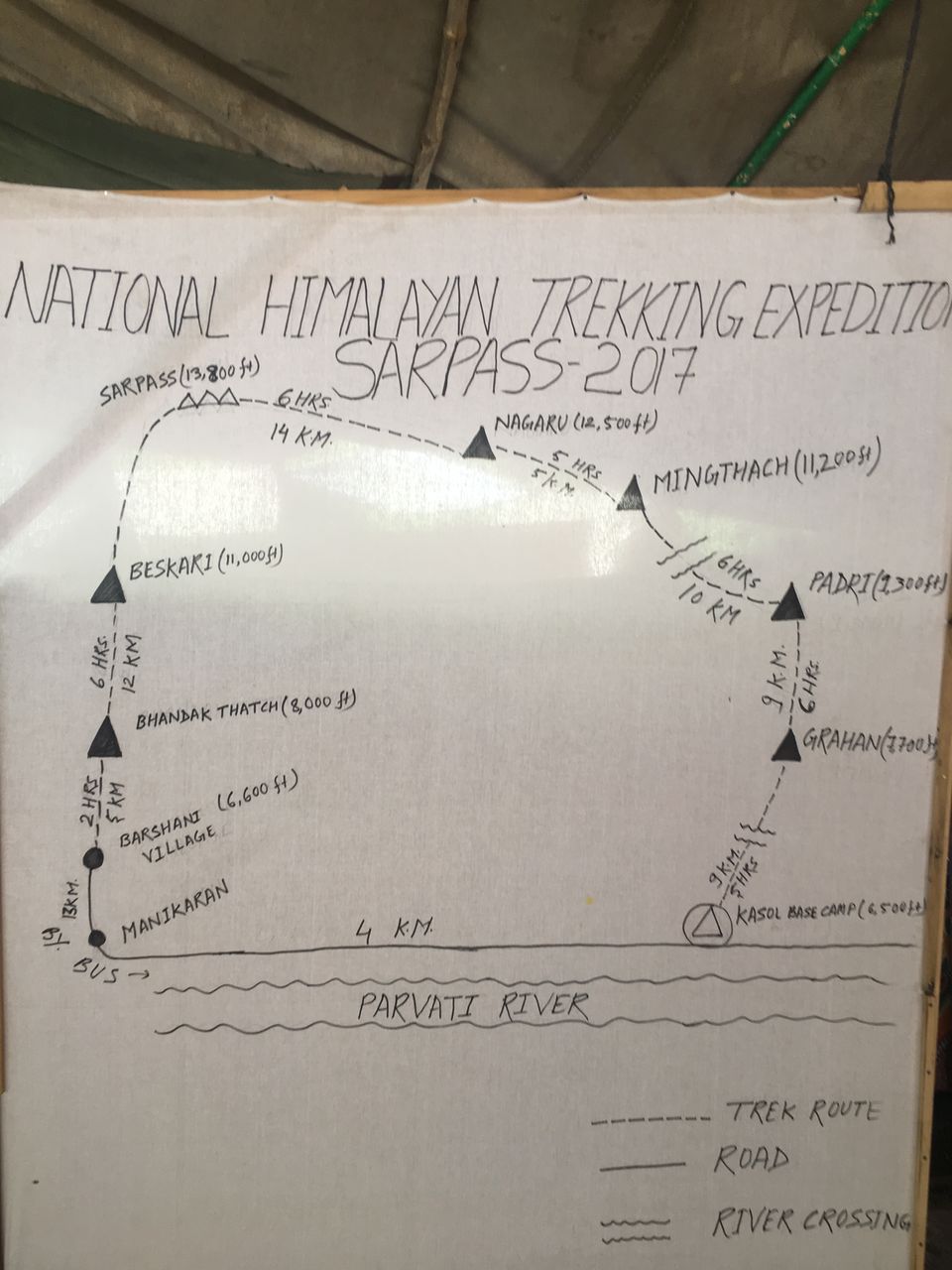 The below are mandatory for any trekking program in YHAI. So make sure you carry all this at the time of reporting

Trek Admit card - you will get this via mail after successful booking of the Trekking Slot.

Medical Fitness Certificate - Format of this certificate is available in YHAI website , take this printout to any registered doctor and get it signed and sealed

After reporting, you will get your ID, Tent No and a small induction about the entire trek program and Dos & Don'ts. 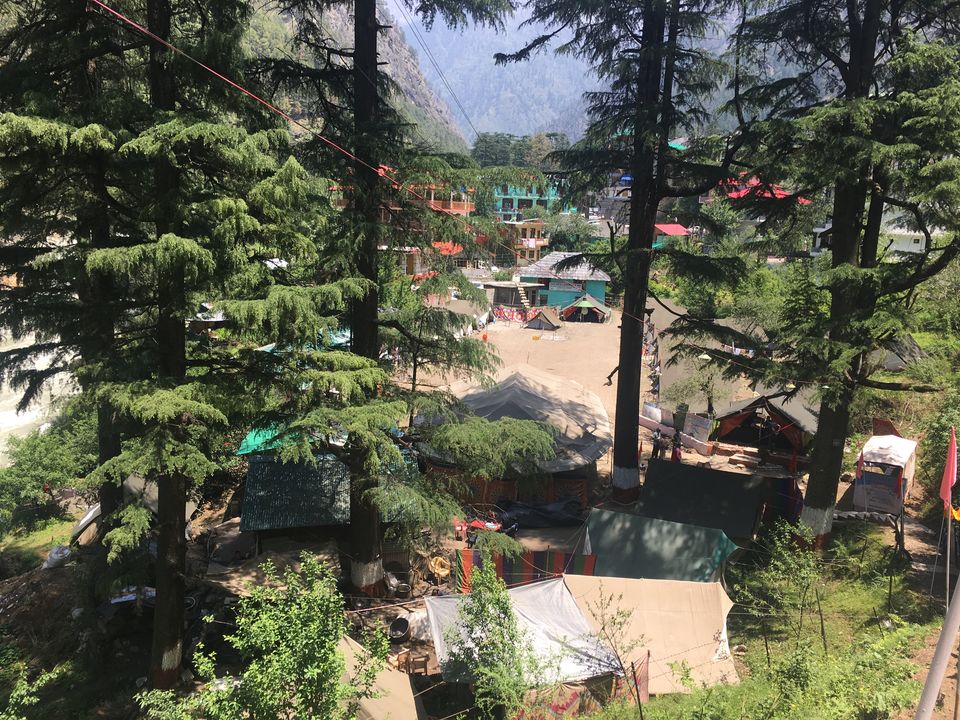 Top View of Kasol Base Camp 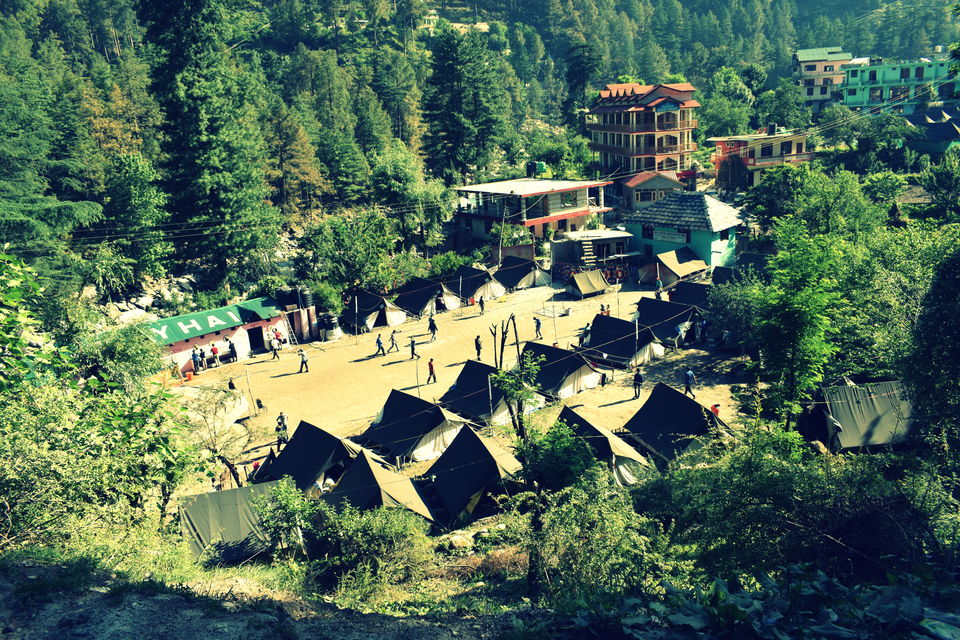 Day 1 of trek , you don't have anything else to do after reporting so you can spend your time in Kasol or Manikaran

About kasol, it is called as Heaven's Gateway and Mini Israel. This place has completely different culture and lifestyle.You can witness so many foreigners here especially Israeli People, they stay here for months and enjoy their vacation with Dopes,Bongs, and Party. So many food outlets and shopping places are available which is cheap and best and completely unique and different.

About Manikaran, It has one famous Gurudwara and a famous Sikh Temple which has one natural hot water stream( this will be freaking hot) that has been drawn into a pool for bathing. Many people travel here as a devotional trip and many travelers come here for hot water bath after some tiresome travel and trekking in mountains for relaxation. 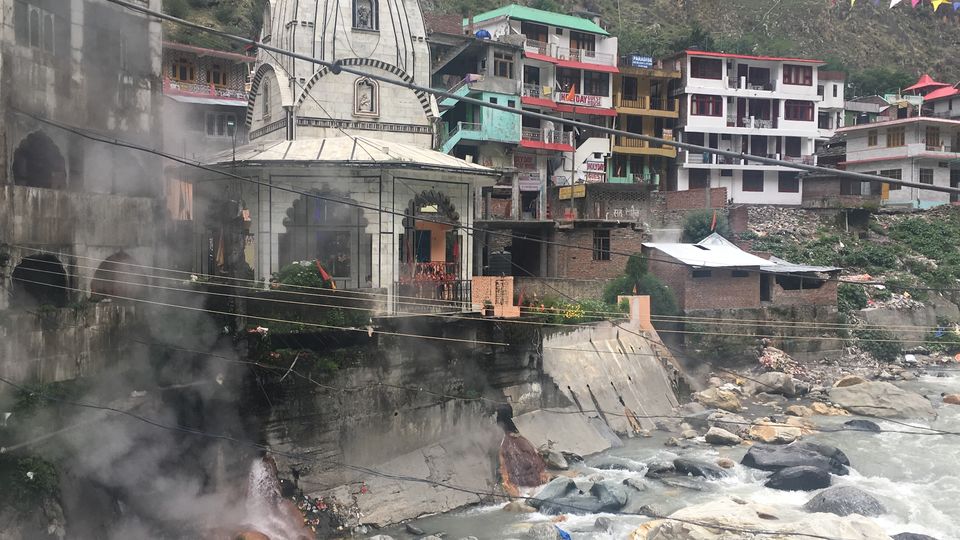 from Kasol , Manikaran is 5km via bus.

Trek Day 2: Starts with Morning exercise in near by ground , after which you will be back to base camp. Then you will be taken to Acclimatization walk to Manikaran for 10 kms to make our body to stabilize to climate and environment , you will be returning to base camp by lunch time , after lunch you will be free , so you can spend your time for shopping and wandering in Kasol. 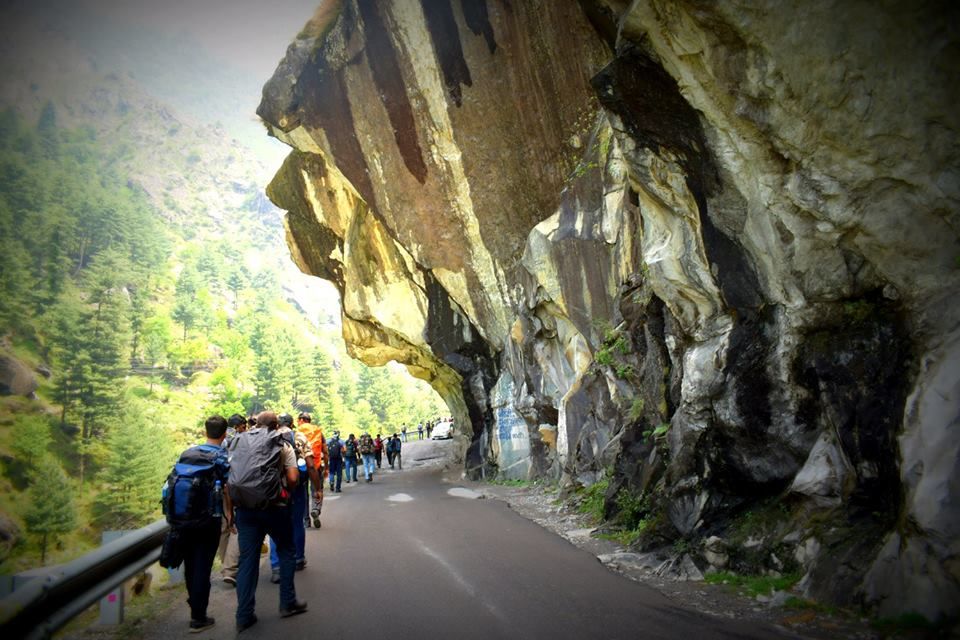 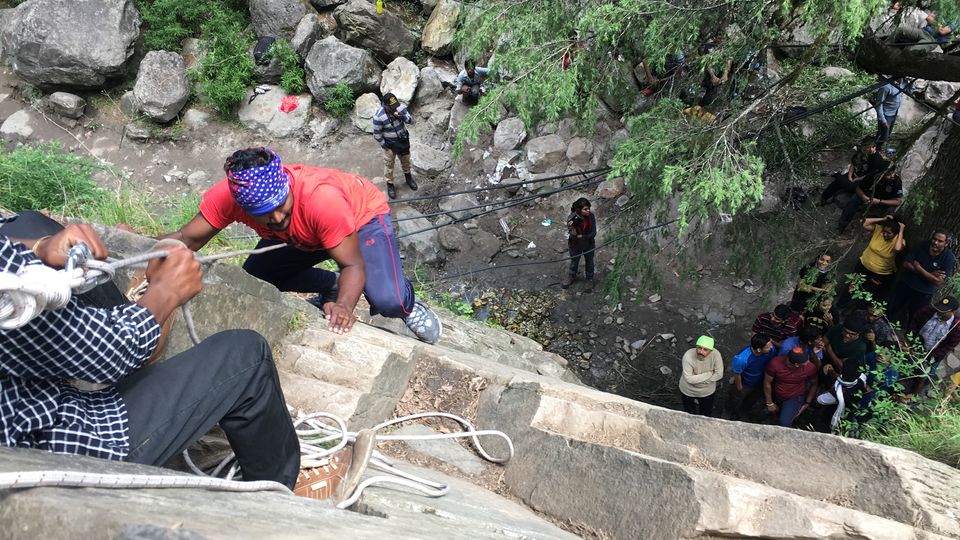 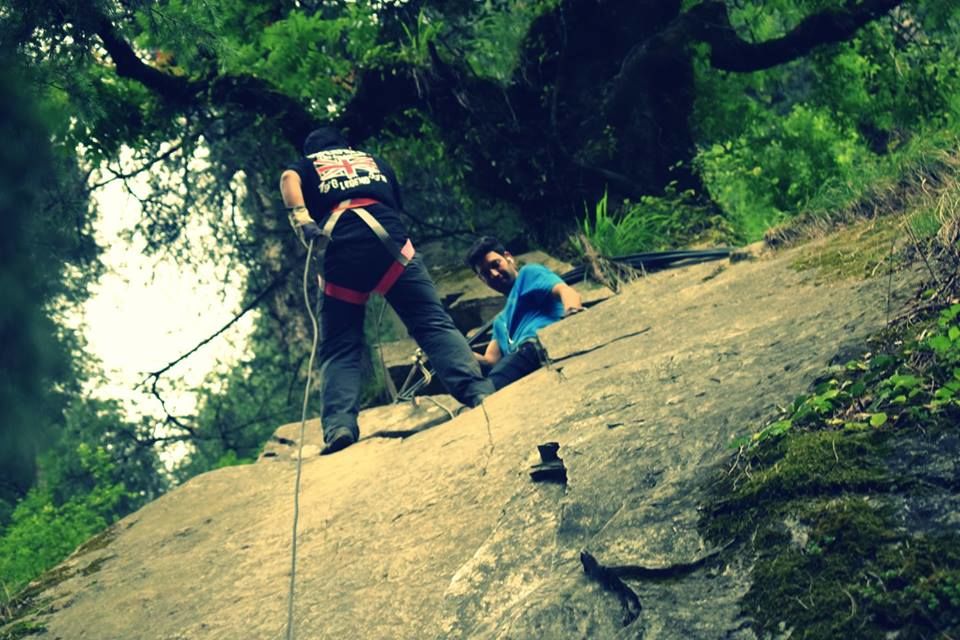 Trek Day 4: You will start your trekking to higher camps from this day. This day you will be doing 9kms of trekking to Grahan Higher Camp.Average time of trek is 5 hours it may vary based on the pace of the group.

Grahan is a beautiful village which is at the height of 7700ft height from sea level.

On the way to Grahan 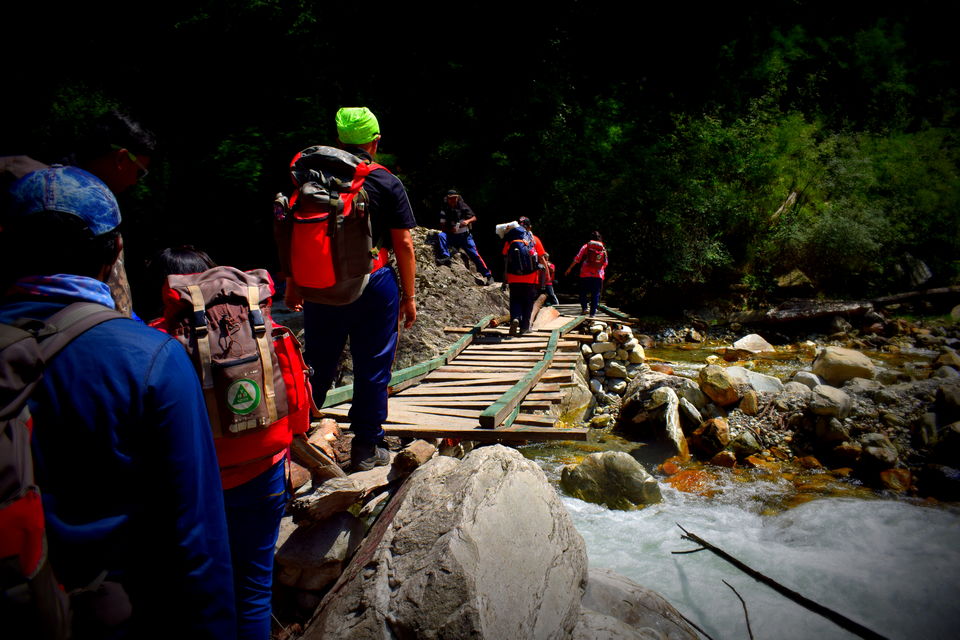 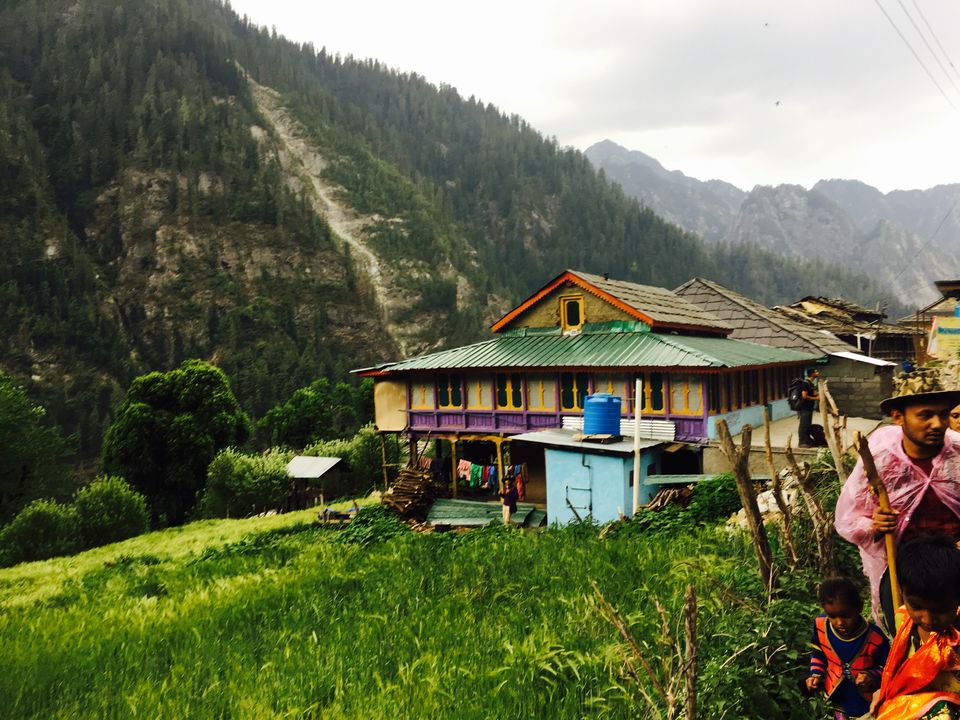 Trek Day 5: from Grahan Camp you will be trekking for 9km to reach Padri camp. Average time of trek is 6 hours and a tiring trek throw tough trails through jungle.

on the way to Padri Camp 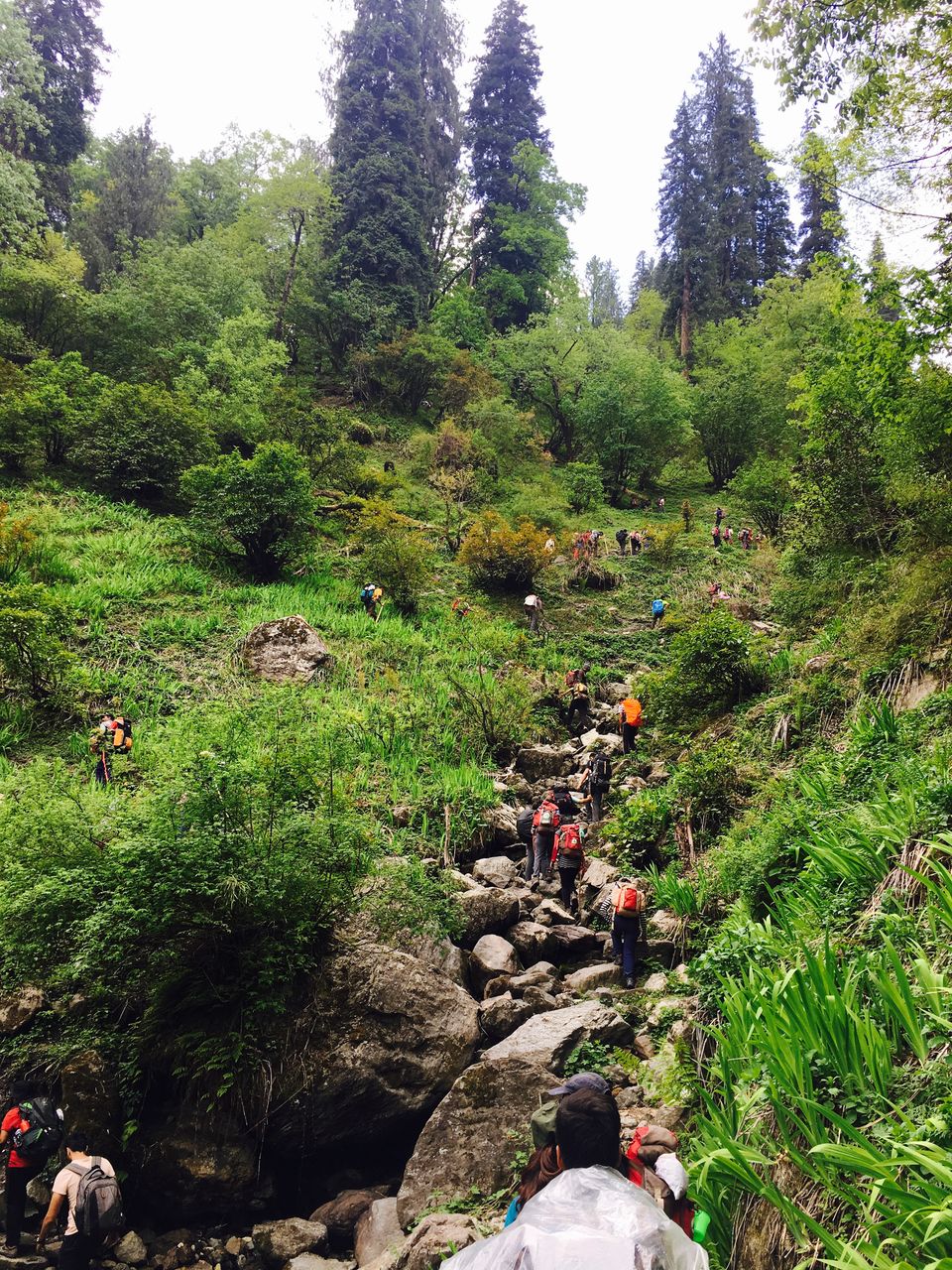 Padri camp is at the height of 9300fts from the sea level. Padri camp so fun filling as we had so much fun by dancing and doing a Zumba Session. 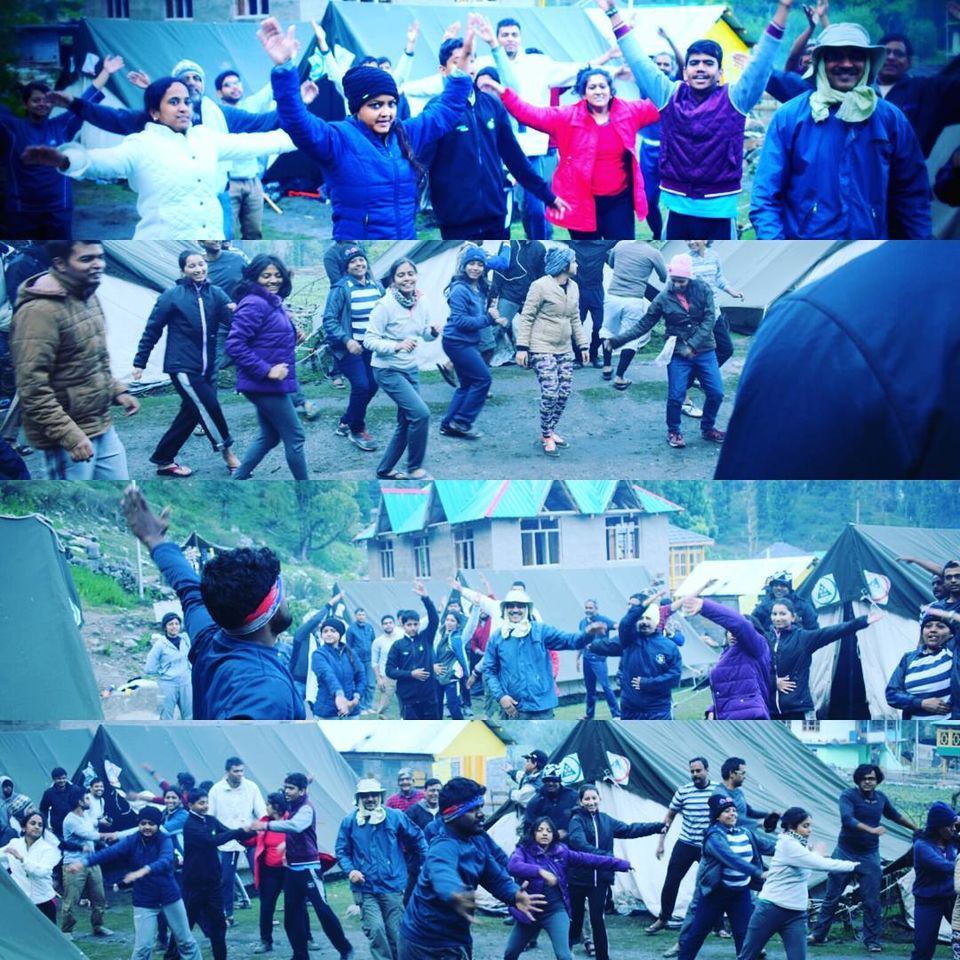 This is a moderate trail with the distance of 10kms which will take 6hours of time approximately.

Mingthach camp is at the height of 11500fts from the sea level.

on the way to Mingthatch 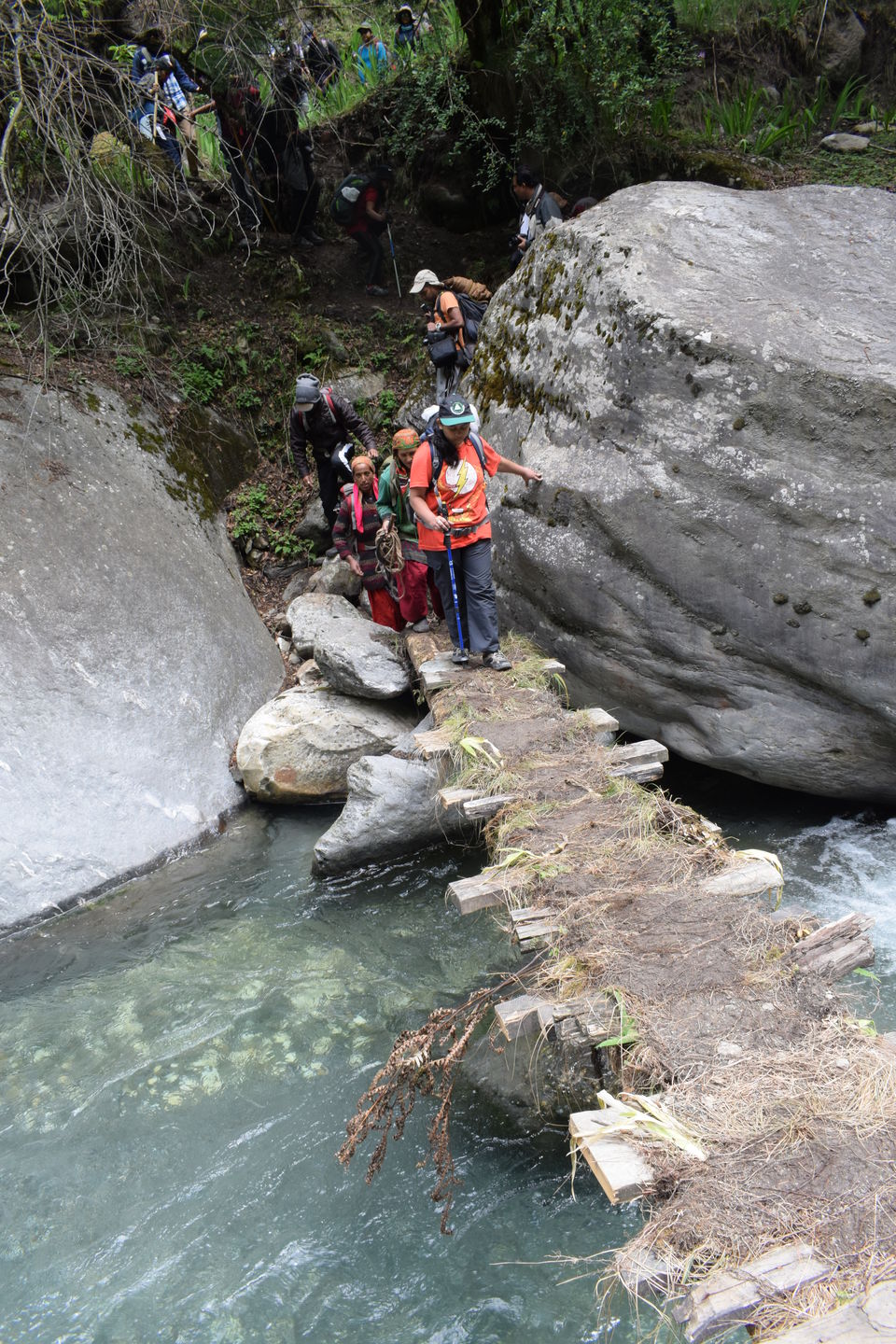 This is 5kms trail but it is uphill route and tough one.

Nagaru camp is at the height of 12500fts from the sea level. 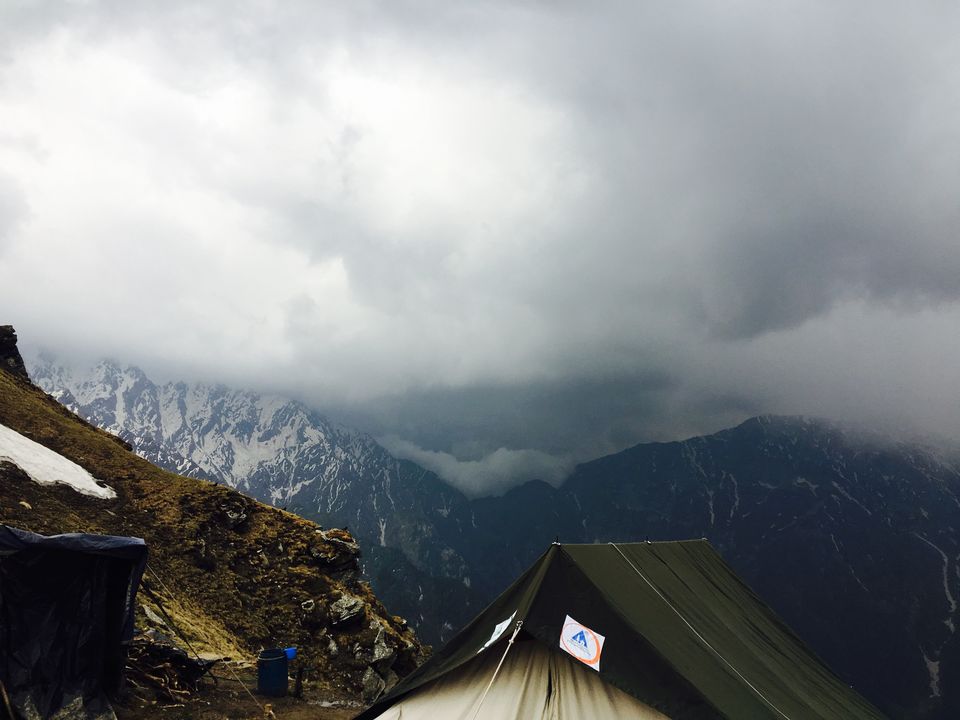 On the way to Nagaru Camp 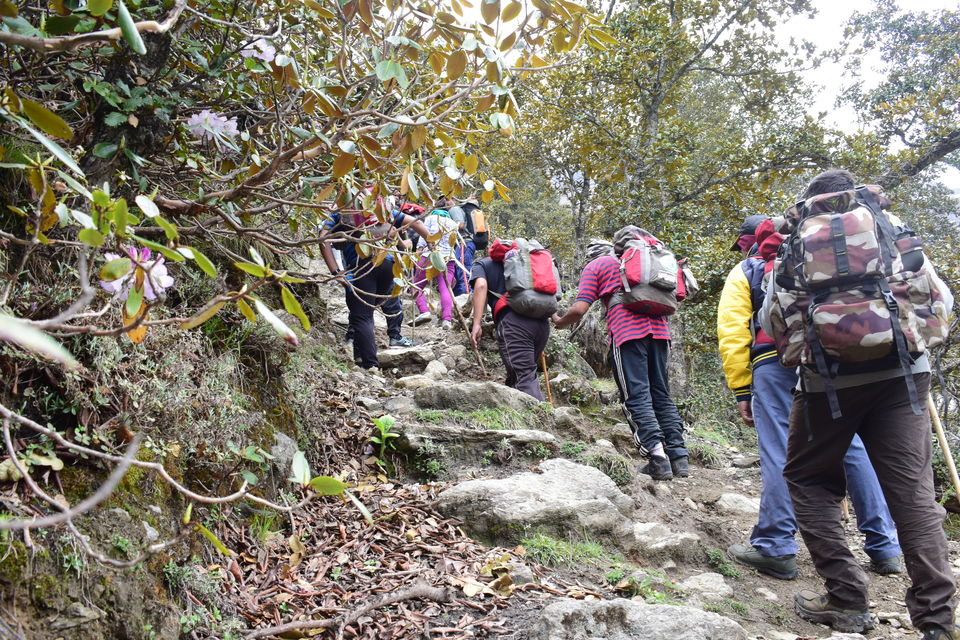 It is longest trail of 14kms and toughest of all trails takes average of 6hrs time to complete, during this trail you will cross the Sar Pass Summit.

Sar Pass Summit at the height of 13800fts from sea level will be coming in this route only, which is the fantastic and heavenly summit where you will witness the divine view of Himalayan Mountain Range. This will be surely cherished as best moment of your life.

On the way to Sar Pass 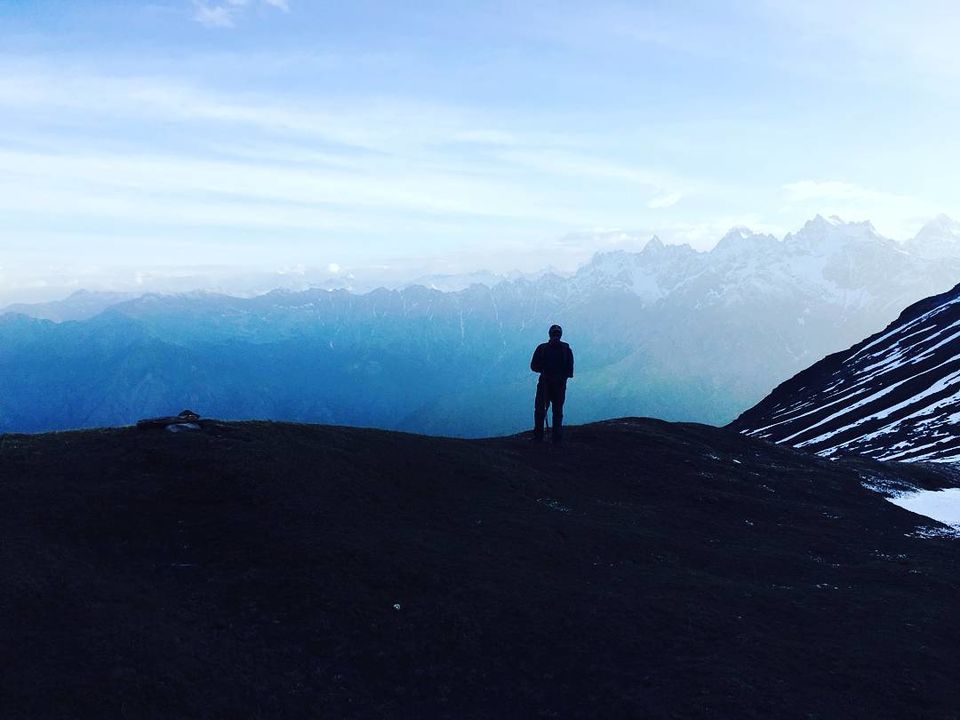 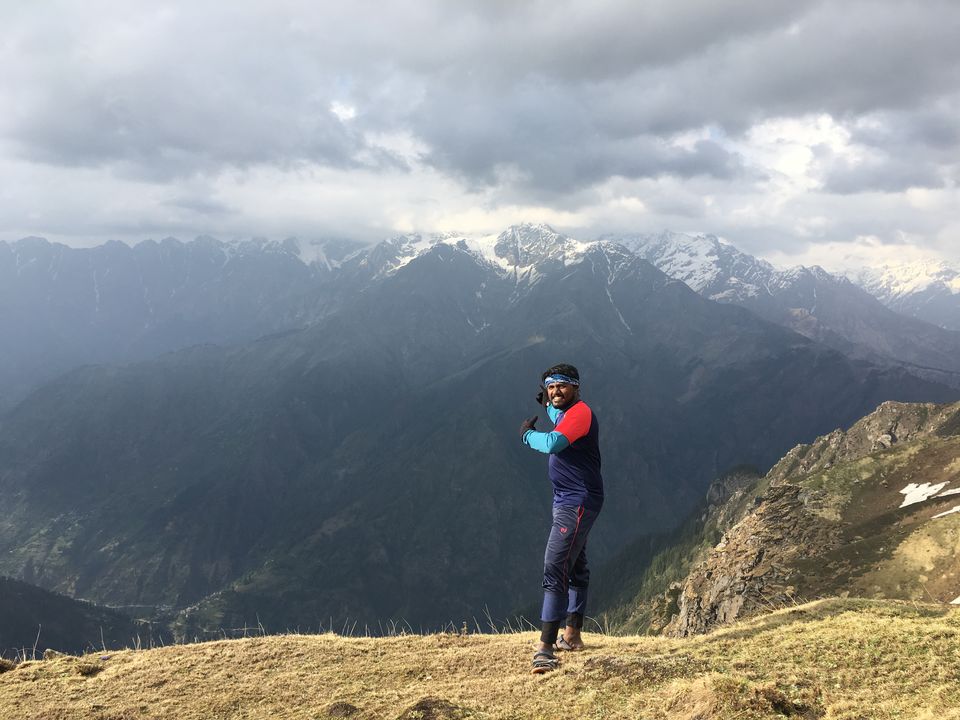 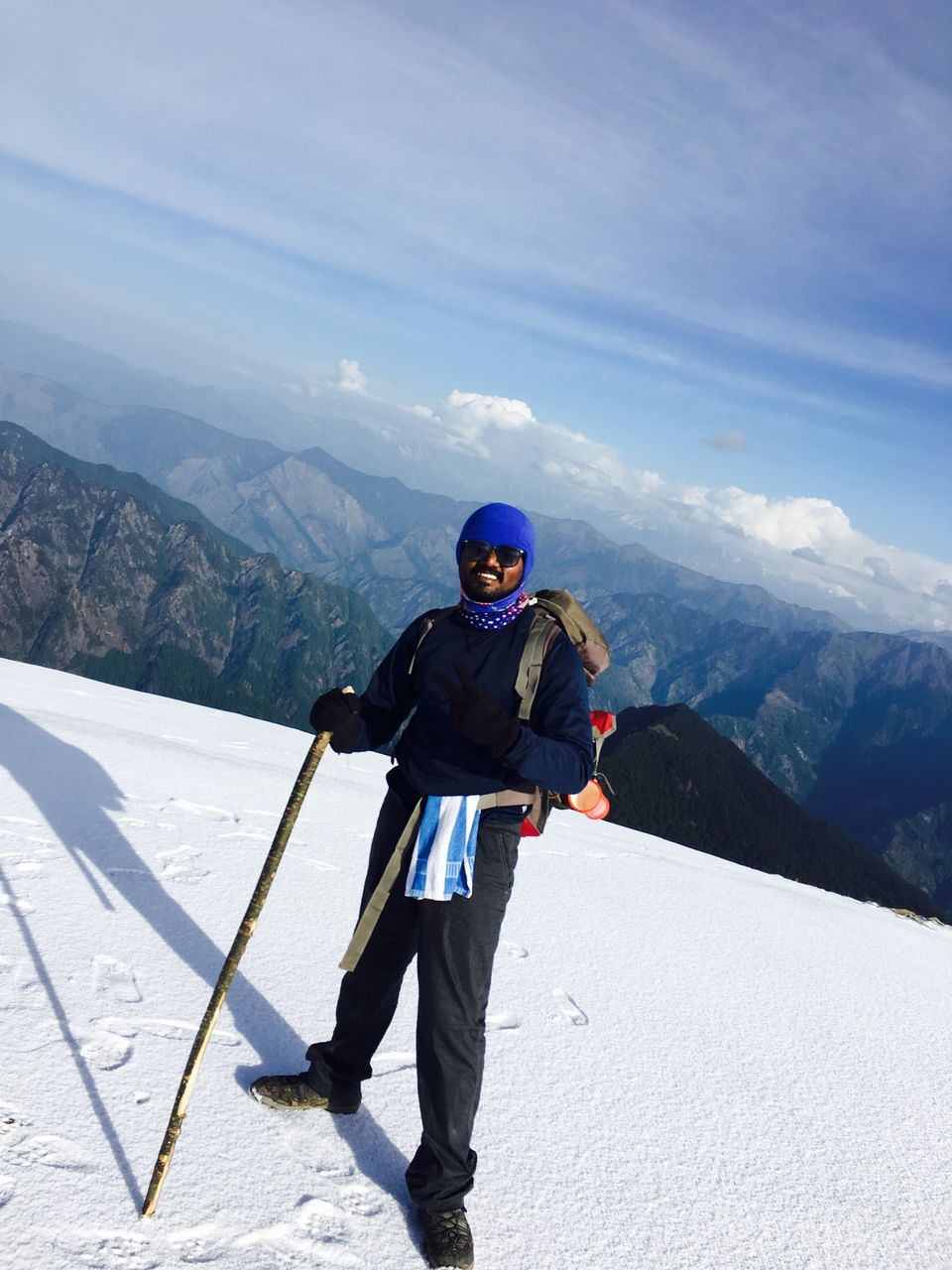 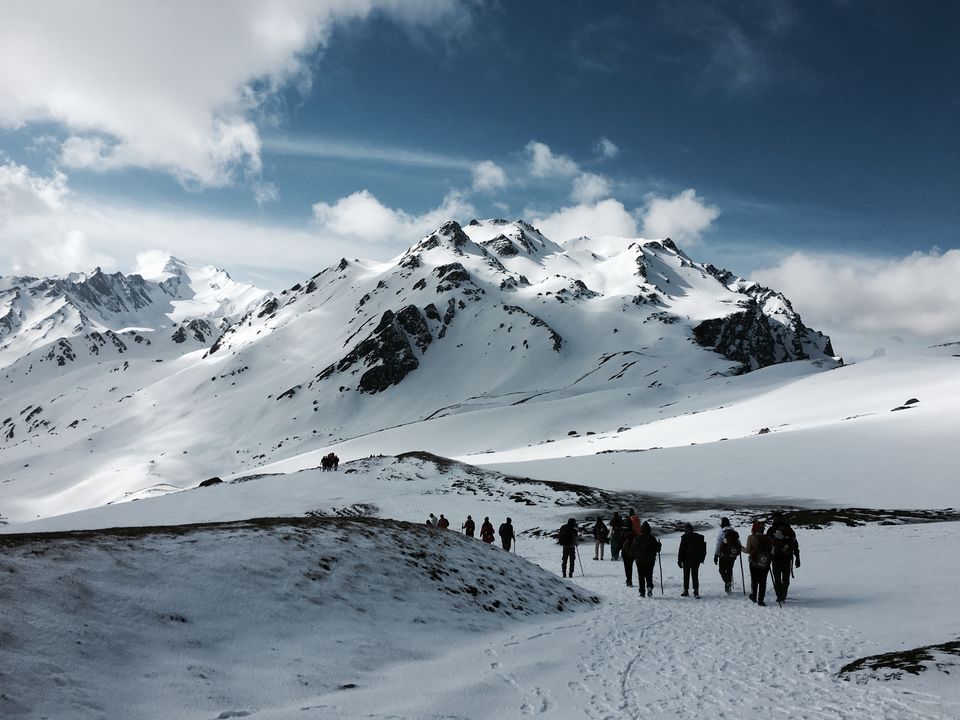 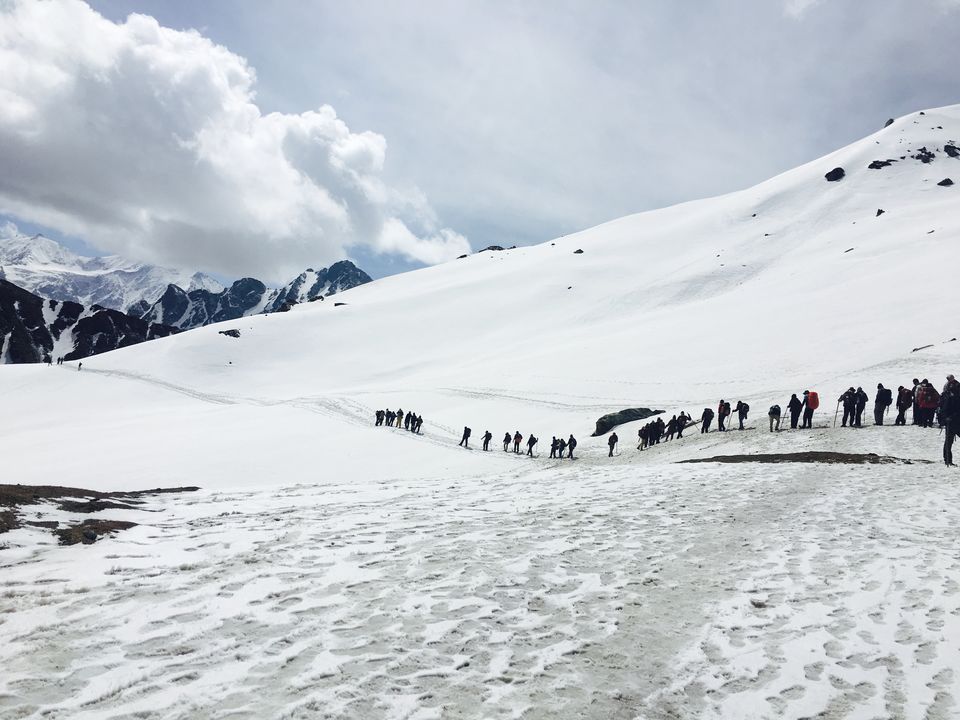 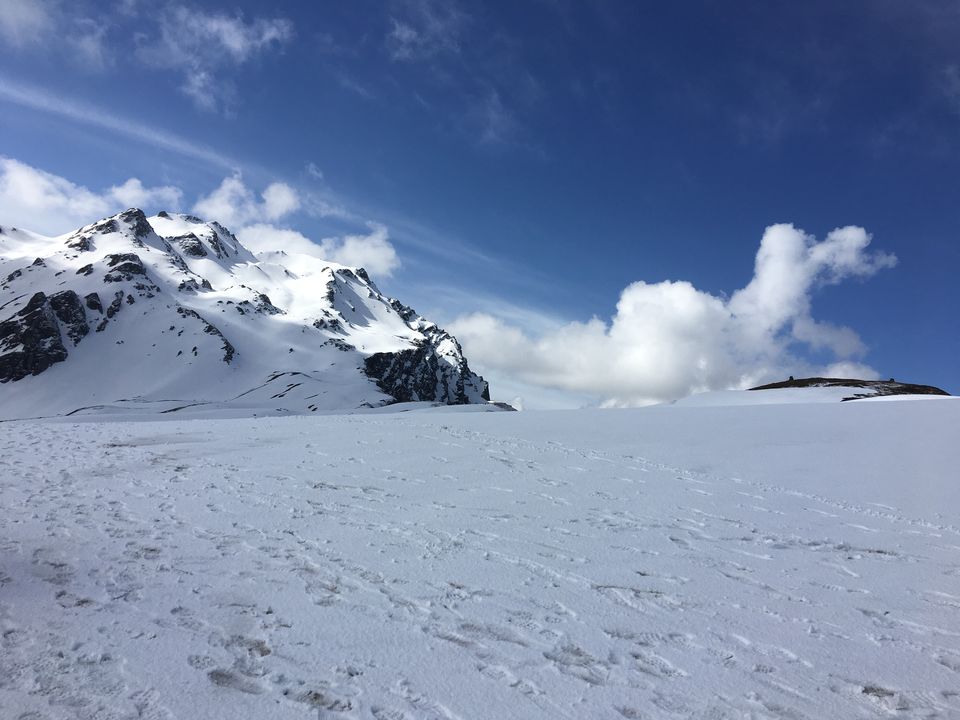 Beskari Camp is at the height of 11000ft from the sea level , amidst of the dense trees and mountains

Bhandak Thatch is the Scotland of India , with a fantastic view.It is Situated at the height of 8000ft from the sea level.

You will just get lost in beauty of Mother Nature. 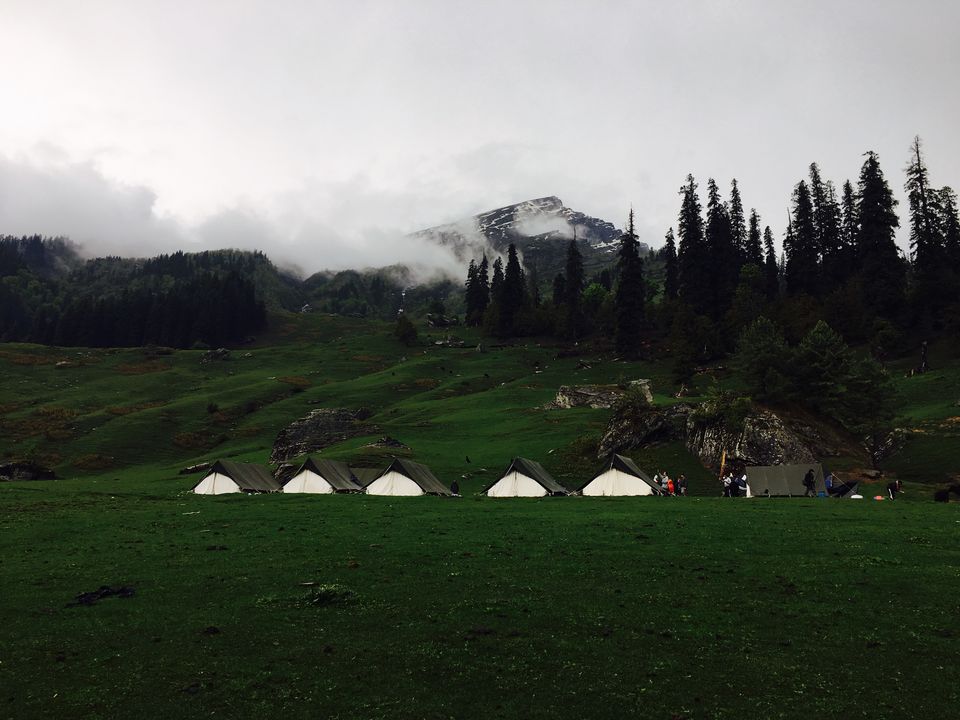 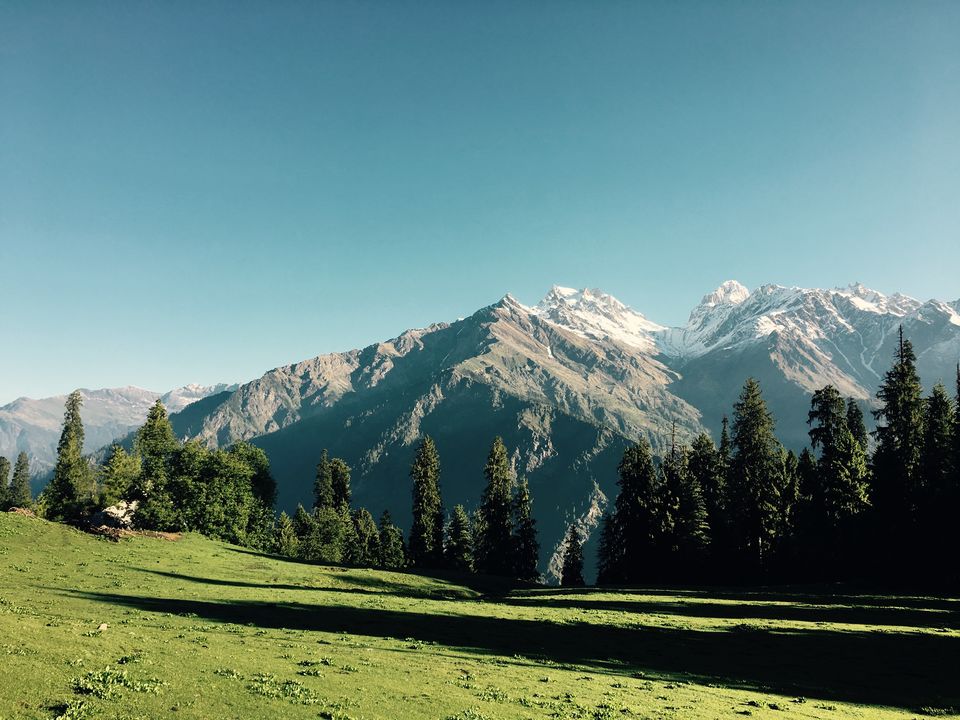 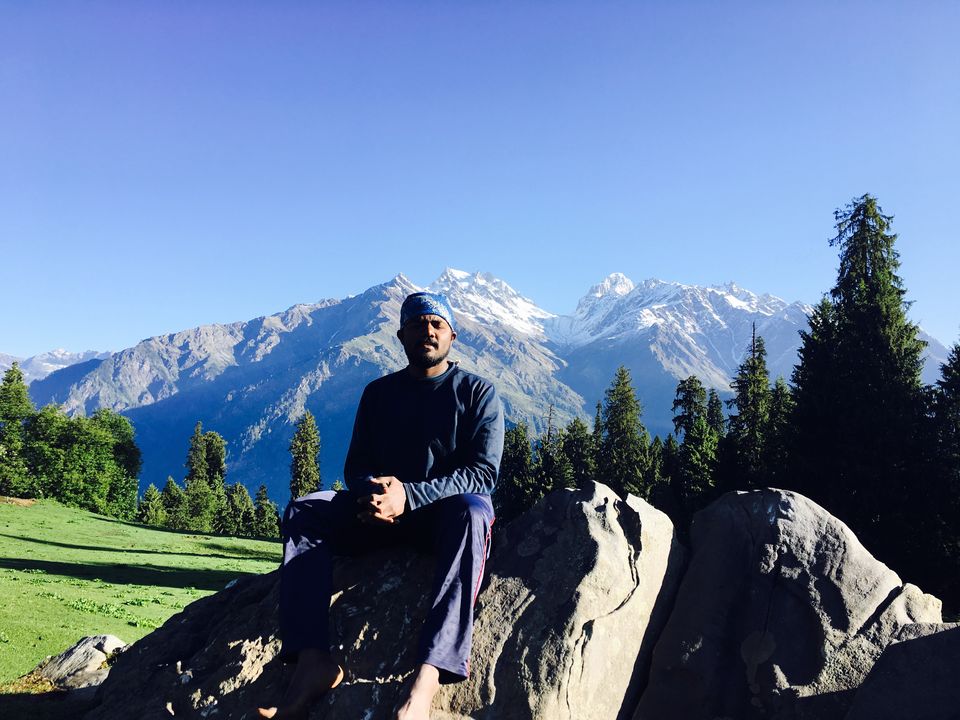 This is 5kms trek of 2 hours average time and the village is at the height of 6600ft from the sea level.

Once you reach that village , you will find road, from there you need to take bus or cab to Manikaran or Kasol base camp directly.

After Reaching the Kasol Base Camp, you can do check out or you can stay for that night, as official check out is next day only.

Final Good Bye Selfie at the Kasol Base Camp 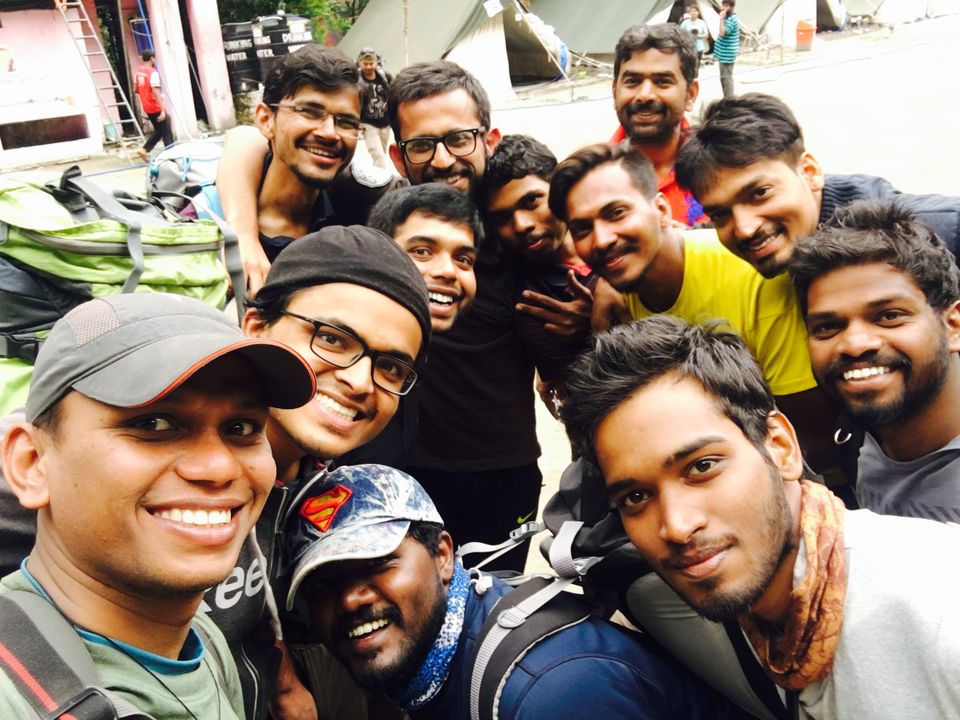 After the tiresome and long trek , we thought have some relaxation, so after the check out from the base camp , directly we went to Old Manali.

Old Manali is so beautiful and Fun filled place with lots of travelers roaming around with live bands performing in the cafes all around the place.

We directly went to check in room and to take hot shower.

Then we went to Moon Dance Cafe which is one of the good cafes in Old Manali, we had a good and tasty dinner and so much of laughter riots :D

Had a relaxed sleep after two weeks and especially in a good bed :P

This day is completely dedicated to wander Old Manali for some shopping and stuff.

we had our lunch in Sher E Punjab restaurant , which is one of the best and food was so good there.

After the over night journey , we reached New Delhi

Once we reached New Delhi in the morning, we booked a room to keep our luggage and fresh up. Then we got ready and went out for shopping at Lajpat Market.

Then we boarded into Chennai Flight with loads of memories to carry.

Flight Ticket will cost you 3000INR to 4000INR , book as earlier as possible to get it in cheap rates.

Finally reached Chennai Airport and immediately we started to miss the mountains...

This complete trip is planned by our own with help of some researches in google and we booked everything by ourselves , so we were able to make the long trip with pocket friendly budget.

I can promise that , this will be an economical and best trip of your life.