Of Flowing Love : Udaipur, The Venice of East 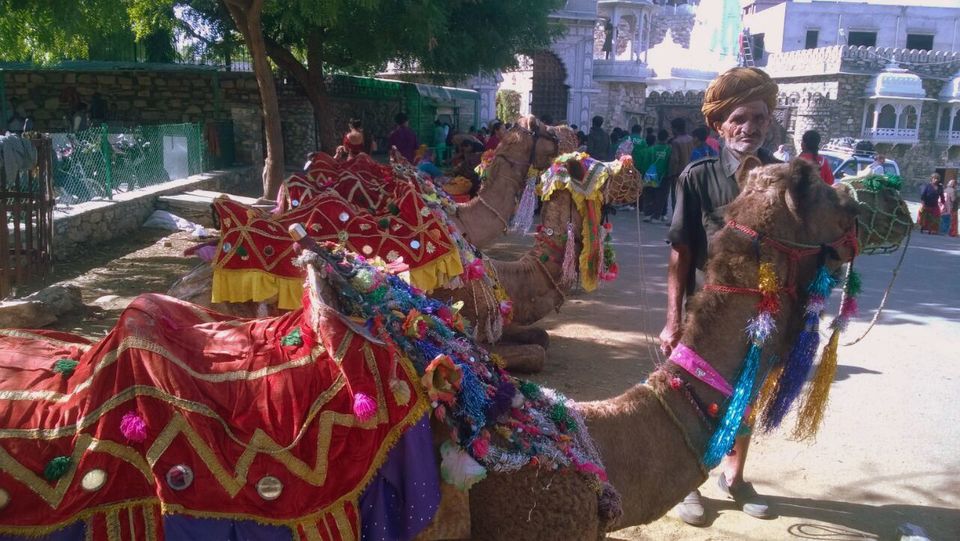 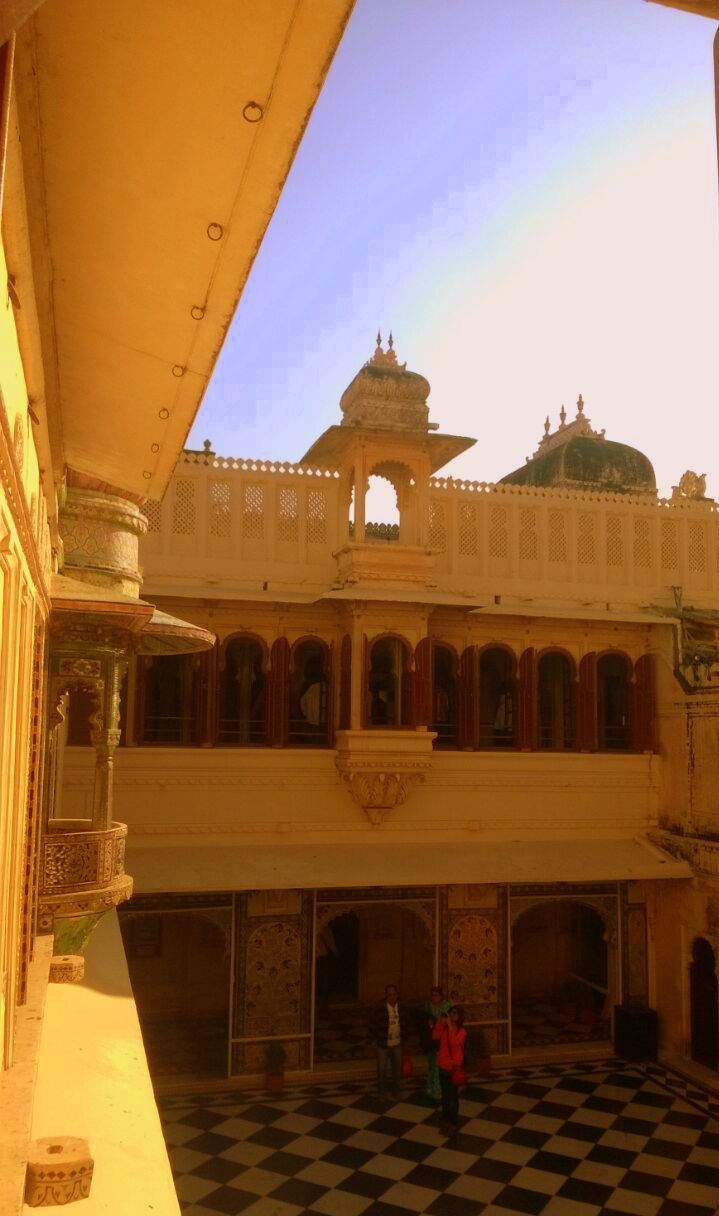 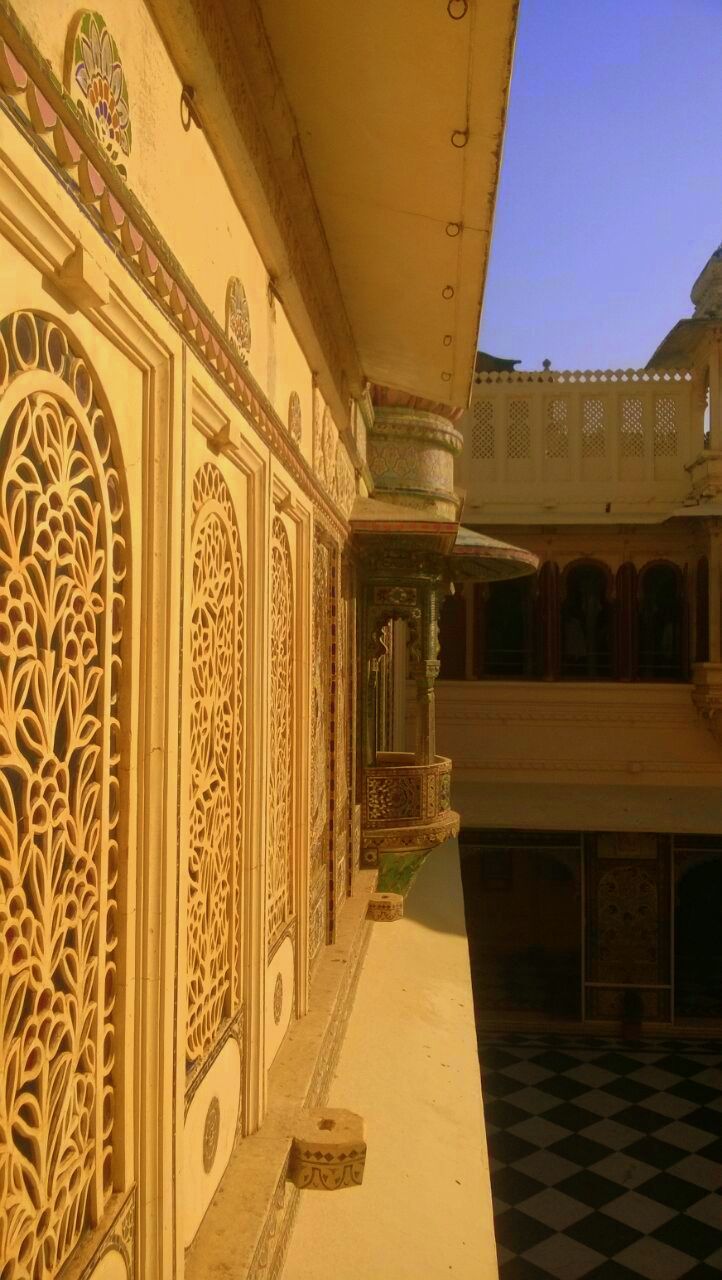 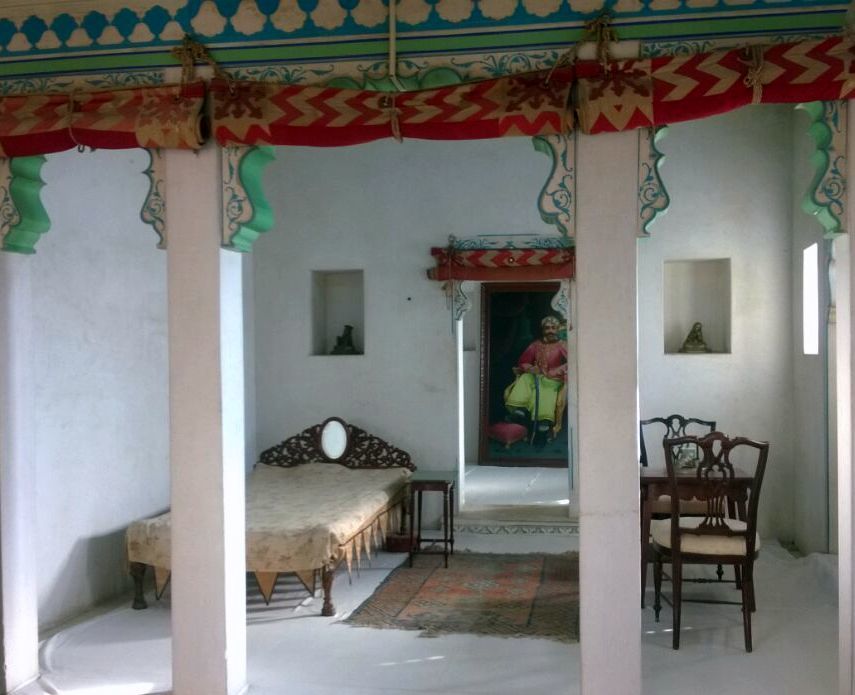 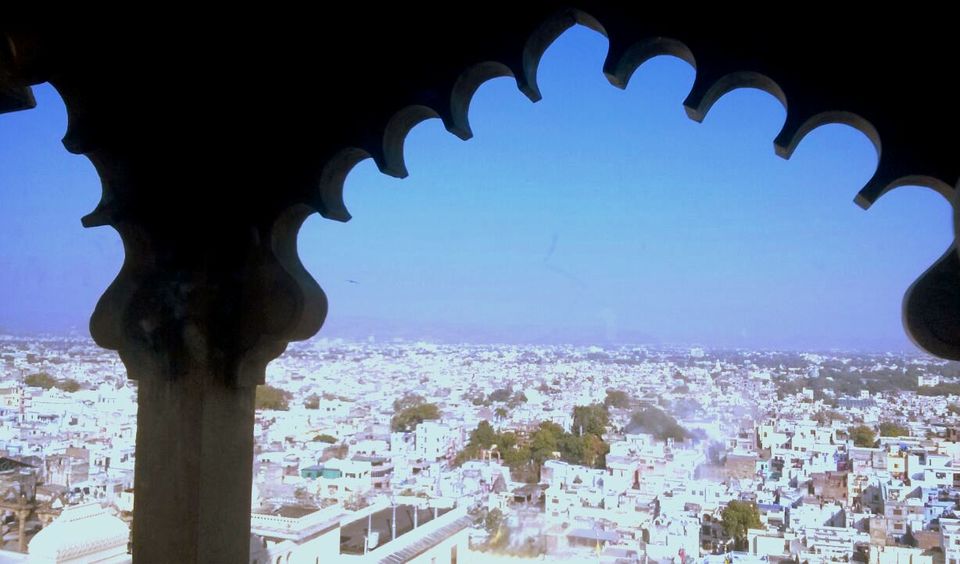 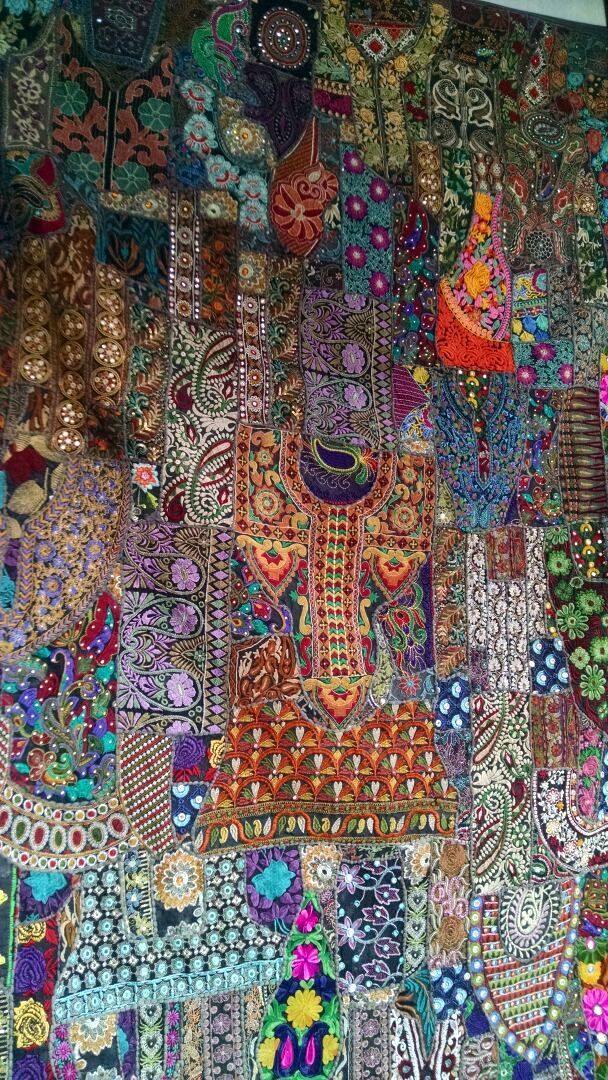 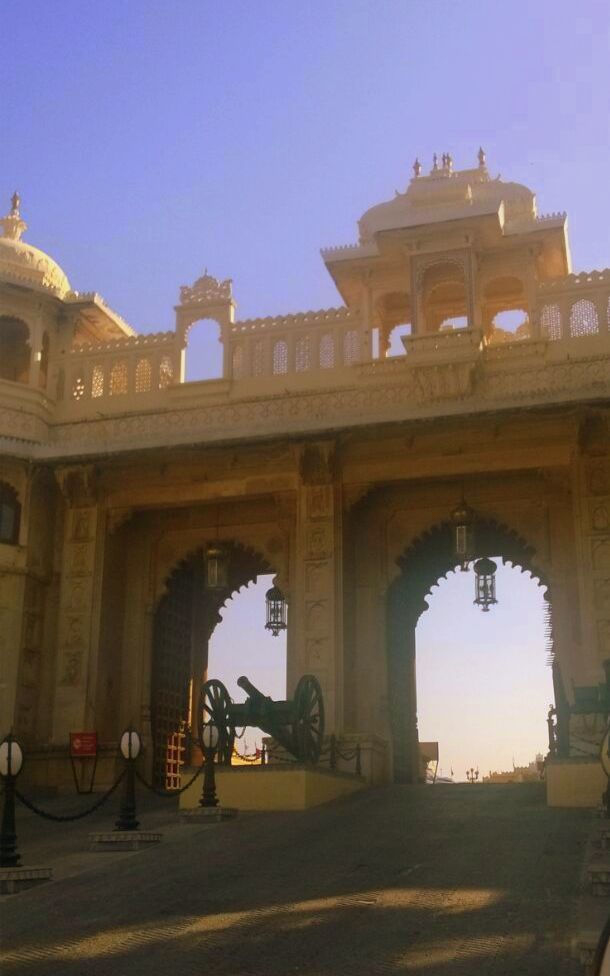 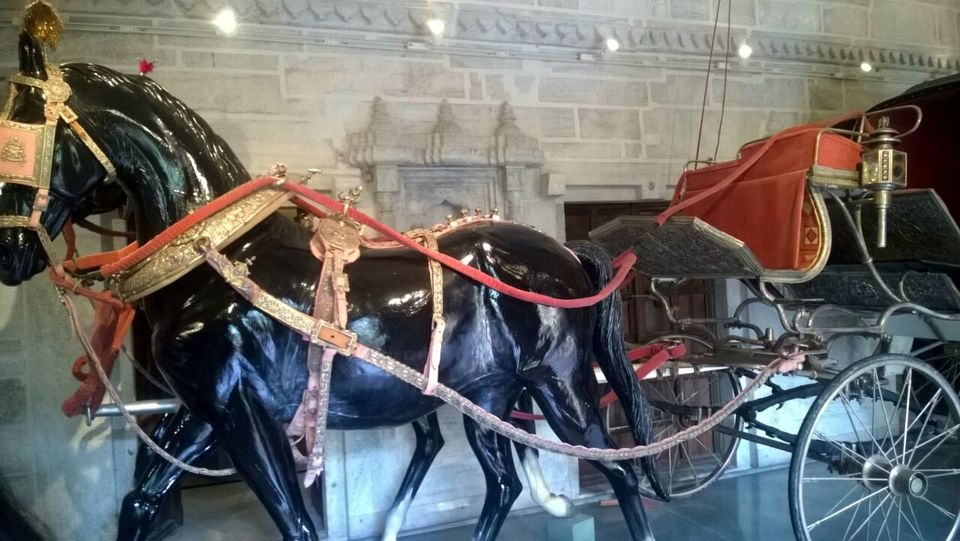 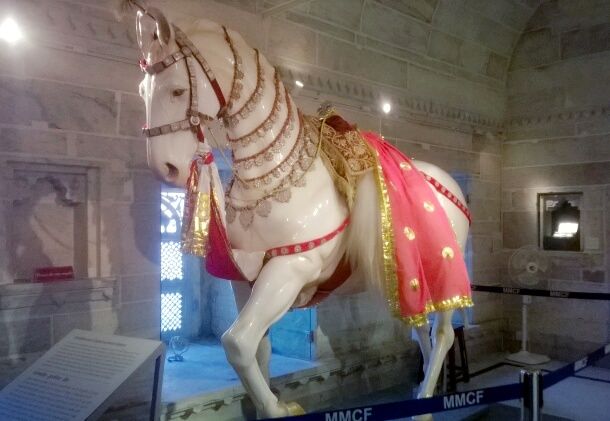 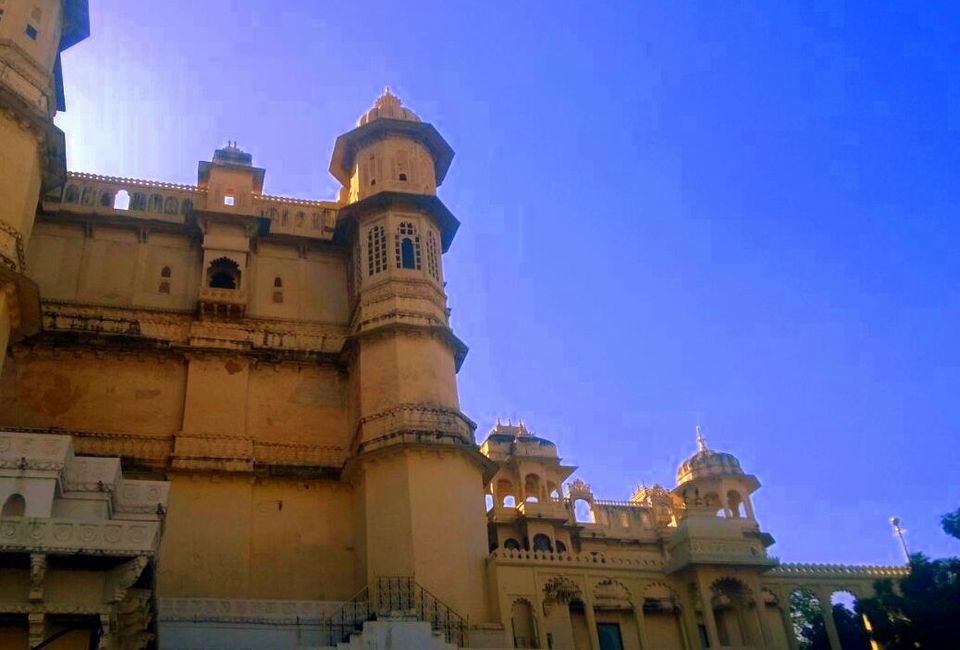 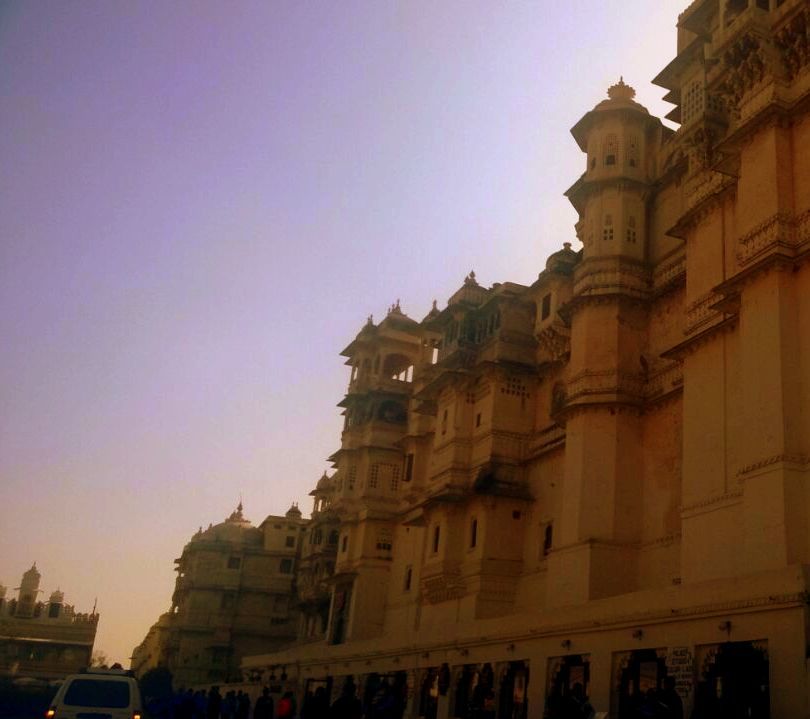 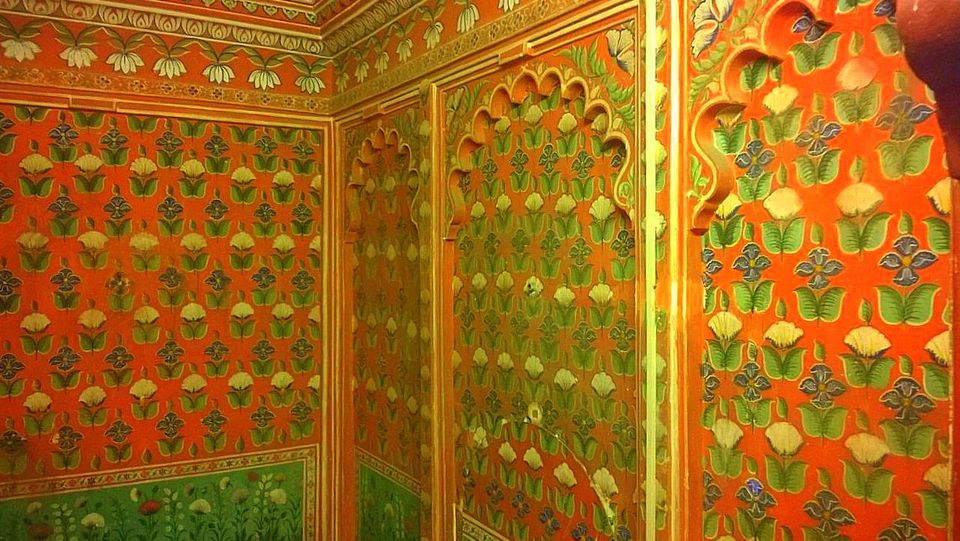 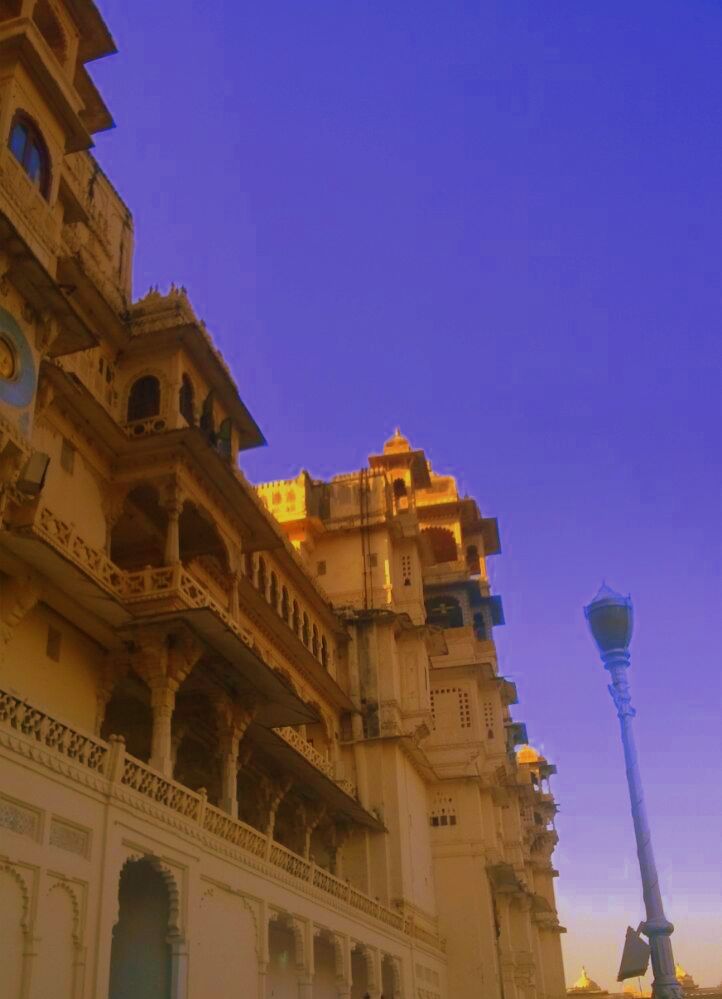 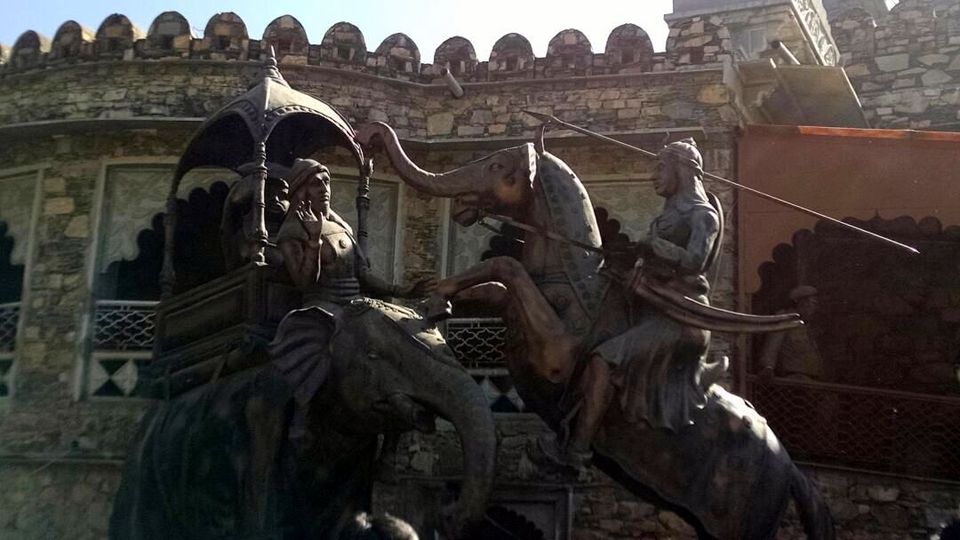 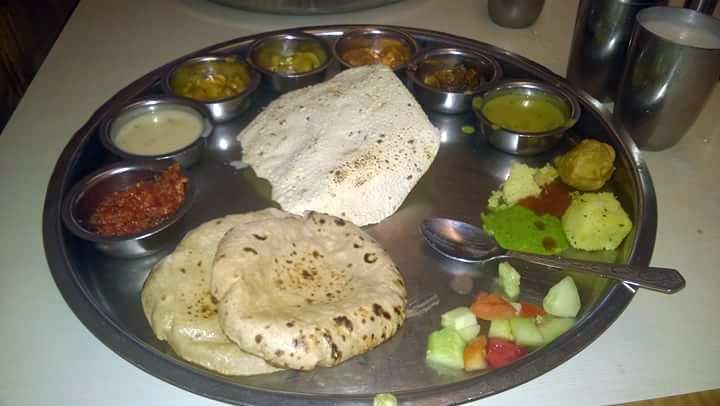 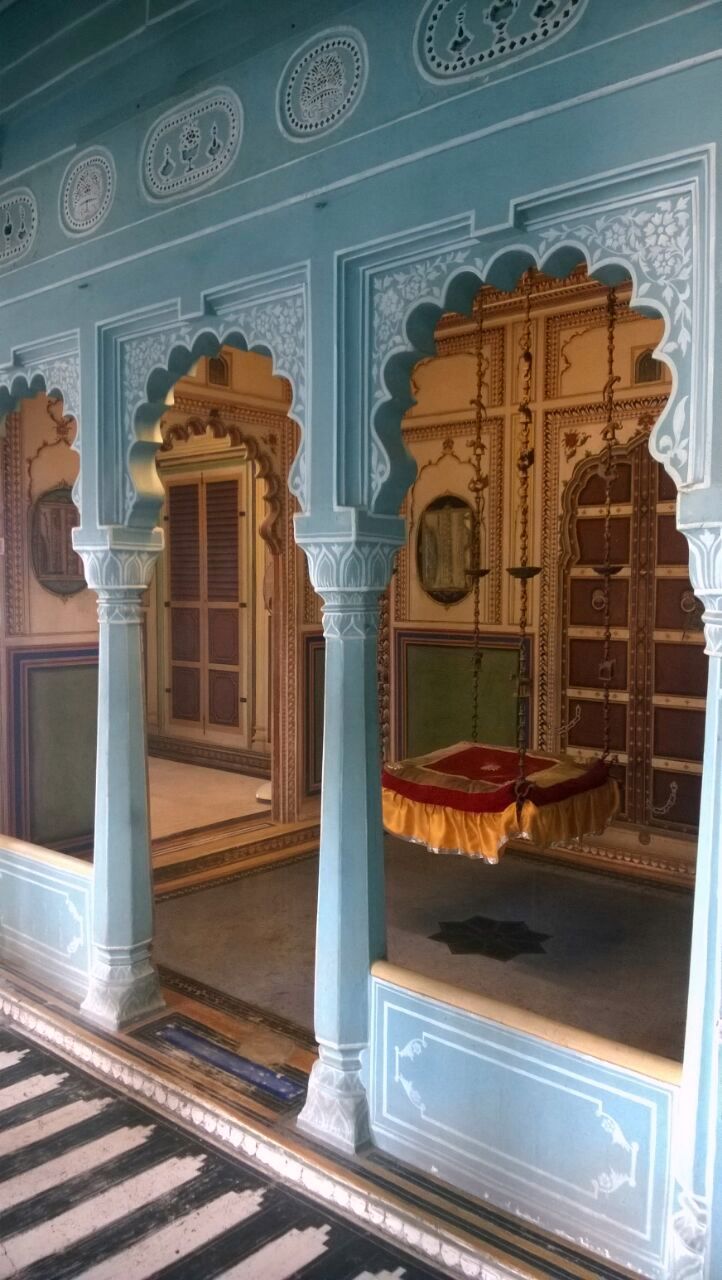 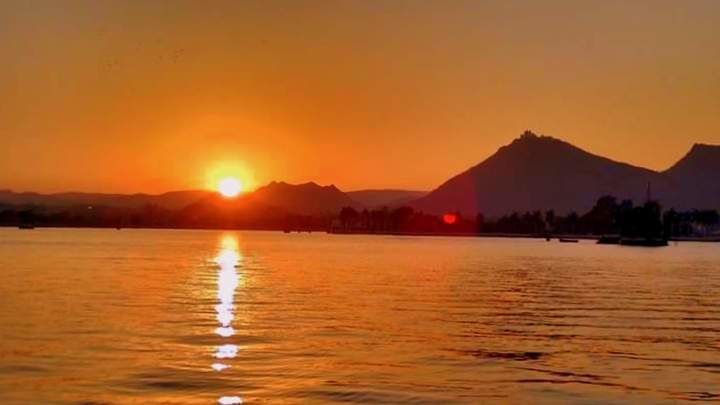 Udaipur has an unabashed romantic charm and the air is soaked in love. The lake city lies peacefully on the southern slope of the famous Aravalli Range, dividing the Thar Desert from this little royal jewel.

As we de-boarded the train, a mere step inside the town and we were consumed in the majesty of this regal place. It reeks of royalty all around, be it in the streets which are craved to lead you to the palatial life, the fort like structures all around, or the blue-ness of this Blue City, because it is literally blue. It felt like we had walked into a Disneyland of some sort in history’s closet.

Meandering the small gullies with plenty of up and downhills we finally reached our petite but comfortable hotel, Udai Niwas, which boasts of the only roof top café in the entire city. The primary reason why it has plenty of foreign tourists taking abode here J. To our delight, the rooms’ interiors were just as royally done as the rest of the city. It emulated the wonder Udaipur is in every possible way. The rooms and the roof top café overlooks the famous and beautiful Lake Pichola, which faces the grand City Palace, we were planning to see later in the day.

Our hotel was within walking distance from the famous Bagore ki Haweli Museum and Jagadish Temple; which stands on the lane leading to the City Palace. The grandeur of the palace and it’s sheer magnanimity takes your breath away. The walk on the porch leading to the ramp towards the palace’s entry slows you down in the awe of what one’s eyes behold. A palace complex which was built in over 400 years sprawling the dynasty of several rulers of Mewar is a melange of Rajputana and Mughal architectural styles. It is flamboyant; to say the least. Built on a hill top, from the palace, one can see the vast spread of the bule-city and it’s cluttered yet uniform houses and the famous Lake Pichola. In the middle of the lake, on an island, stands Jag Mandir, also known as "Lake Garden Palace". We took a boat ride later to visit Jag Mandir from the palace. I felt nothing short of a princess, floating from a palace to another with an endearing sunset lighting my way.

We walked around the palace, absorbing the riches and imagining royalty walking around those corridors, sitting in the beautiful baithak (sitting area), or just randomly having a conversation that still echoes in the beautifully carved balconies and ornamental turrets. It was hard to come back to reality after stepping out of the palace after 3 long hours. The extravagance we just endured didn’t prepare us to meet the city the same way ever again.

On our cab driver’s recommendation we decided to eat lunch at the popular Natraj Hotel. The main course included a large variety of traditional Rajasthani and Gujarati dishes. We opted for the thali and it was truly delicious. A word of caution: in true Rajasthan spirit of aao bhagat (greeting and taking care of the guests), the attendants keep pouring curries and serving breads non-stop. Even if you insist you’re too full, they will ensure you leave having eaten just a little bit too much. And one can’t say no to food served with so much love.

Our next halt was Sahelion ki Bari, a hidden little garden for the princesses to meet, greet and enjoy. At the centre of the garden is a little lake surrounded by corridors lined with heavily flower laden trees providing the much desired cool breeze. The last stop for the day was at a tiny craft museum which captured the history and lives of the tribal of the area. This enlightening tour ended in a colourful, delightful kathputali dance show. In the evening we took the ropeway to visit the Karni Mata Temple atop a hill in Pichola.

We ended this rich day by sinking into comfortable couches, laid around the corners of the terrace to offer a well-lit view of the Jag Mandir at Lake Pichola, on the roof top café of our hotel. Of course we ordered some great Rajasthani meal, even though the menu had delicacies like chocolate pancake. And in the back drop, every evening they screened 1983 Bond movie Octopussy which was shot in Udaipur.

The following day was spent visiting the Maharana Pratap Museum, Shilpgram (crafts village) and Fateh Sagar Lake and eating at its banks with the sun sinking behind the hills after taking a long and beautiful boat ride. The street side stalls offer a variety of options from local Rajasthani food to grilled sandwiches. For us, we enjoyed the melting cheese Maggi which the dusk stretched around us with steaming hot coffee to warm us in the chilled breeze. Yet, the highlight of the day remains to be the visit to the Monsoon Palace, Sajjangarh. Sparkling white in January sun, the ride up and a bit of uphill walk, was totally worth the view from the top. The palace offers splendid scenery of Fateh Sagar Lake and Chittaurgargh Palace in the vicinity, which was Maharana Pratap’s ancestral home. It was truly a summer retreat, and as we were told, was built to watch the monsoon clouds. We sat in the balcony for a while overlooking the panoramic view.

The little time we spent at Shilpgram, was made memorable by a local party of folk singers who performed the famous folk song"Padharo Mhare Desh" (welcome to my land) exclusively for us. Listening to it live was absolutely thrilling.

We were completely mesmerized with our two days in Udaipur so far and were excited about what the next day had in store for us. A visit to the Haldighati Museum, where the famous Haldighati battle was fought had an enriching video show depiting the times of Maharana Pratap and tales of his valour. The museum has manequins set in a chronological order bringing to life the important milestones of this great warriors’ life. As we drove back we visited the Sree Nath Ji Temple, Nathdwara. Having saved just enough time for shopping and strolling around near our hotel, we took the day easy. We enjoyed a leisurely coffee and snacks at the hotel’s Udai Art Café. At last it was time to indulge and splurge and collect some exquisite handcrafted leather goods and other handicrafts from the local bazaars. The colourfulness of the street, the artisans sitting and carving marvels on the side of the road, the glamorous mirror work lehengas and jholas were enough to take up the rest of evening.

We packed our bags at night for leaving this pretty place the next day. But it was impossible to leave without savouring some last local delicacies. I must mention that irrespective of where we ate, streets, local café’s or grand restaurants, the food was unbelievably delicious. We wound up eating some cracking hot pyaz kachoris and paranthas with oodles of melting butter served with curd and chai. The absolute must last stop was at the renowned Jagdish Mishtan Bhandar (JMB) which, among other mouth-watering stuff, sells the best hing kachoris I’ve ever tasted. And thus, having packed as much as we could of this gem we made way to the station to catch our train. The only regret was having missed Kumbhalgarh Fort, but then there’s always a next time and another reason to travel.

Etched in our hearts is a deep love for this “Venice of the East”.